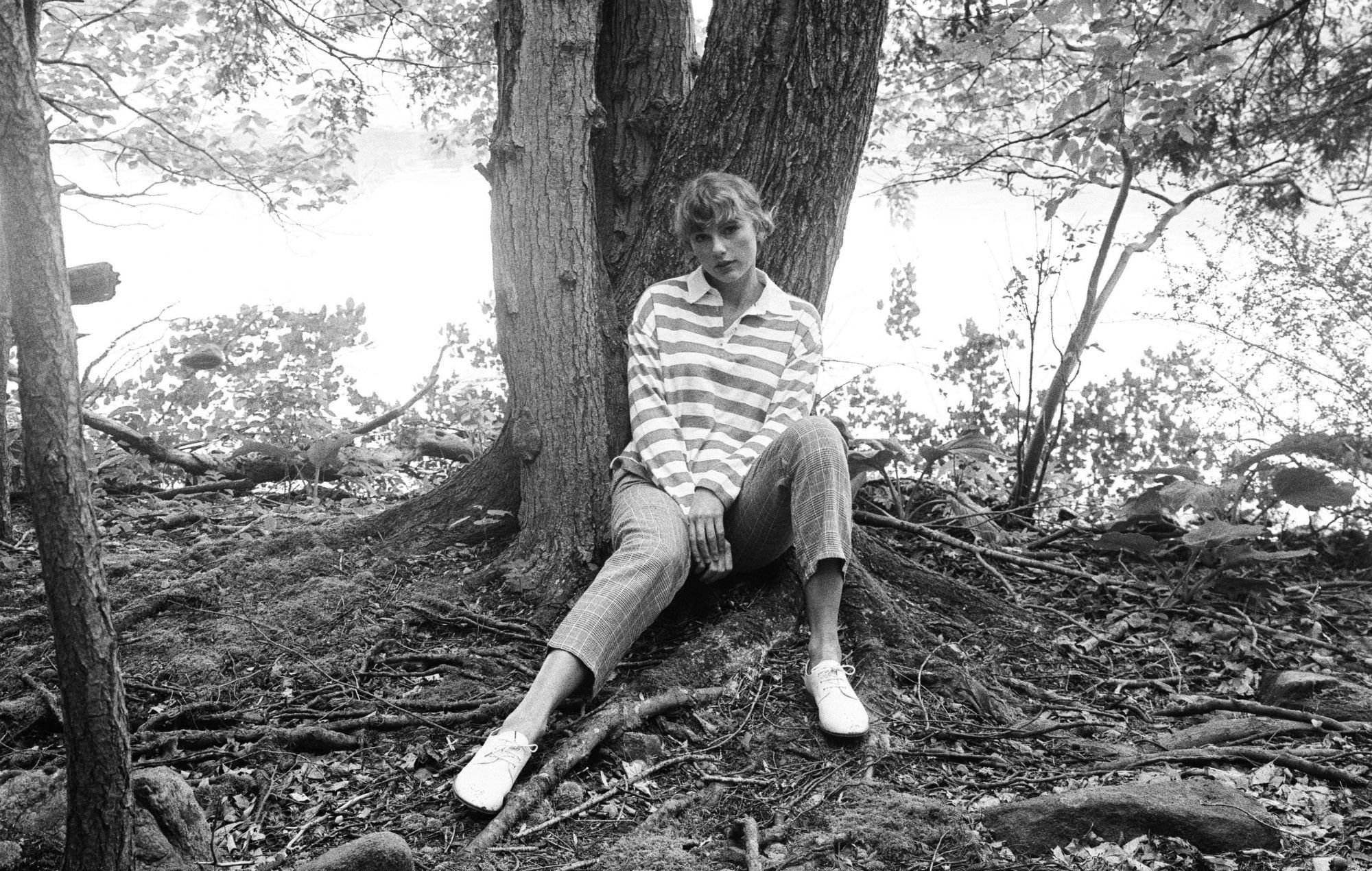 Just as the Covid-19 pandemic has exposed who we are at our cores, both good and bad, the best albums of 2020—some created prior to the crisis—reflect the simmering tensions that have been roiling beneath the surface of American life for years, if not decades. These 50 albums reflect a reckoning with ourselves (Arca’s kinetic Kick I), the patriarchy (Fiona Apple’s prismatic Fetch the Bolt Cutters), systemic racism (Run the Jewels’s electrifying RTJ4), and our (dis)connection to the planet itself (Grimes’s boundless Miss Anthropocene). As we grapple with what it means to shut down and rise up, music can give us an outlet, a voice, or—in the case of transportive disco-influenced albums from Dua Lipa, Jessie Ware, and Kylie Minogue—a virtual escape. Sal Cinquemani 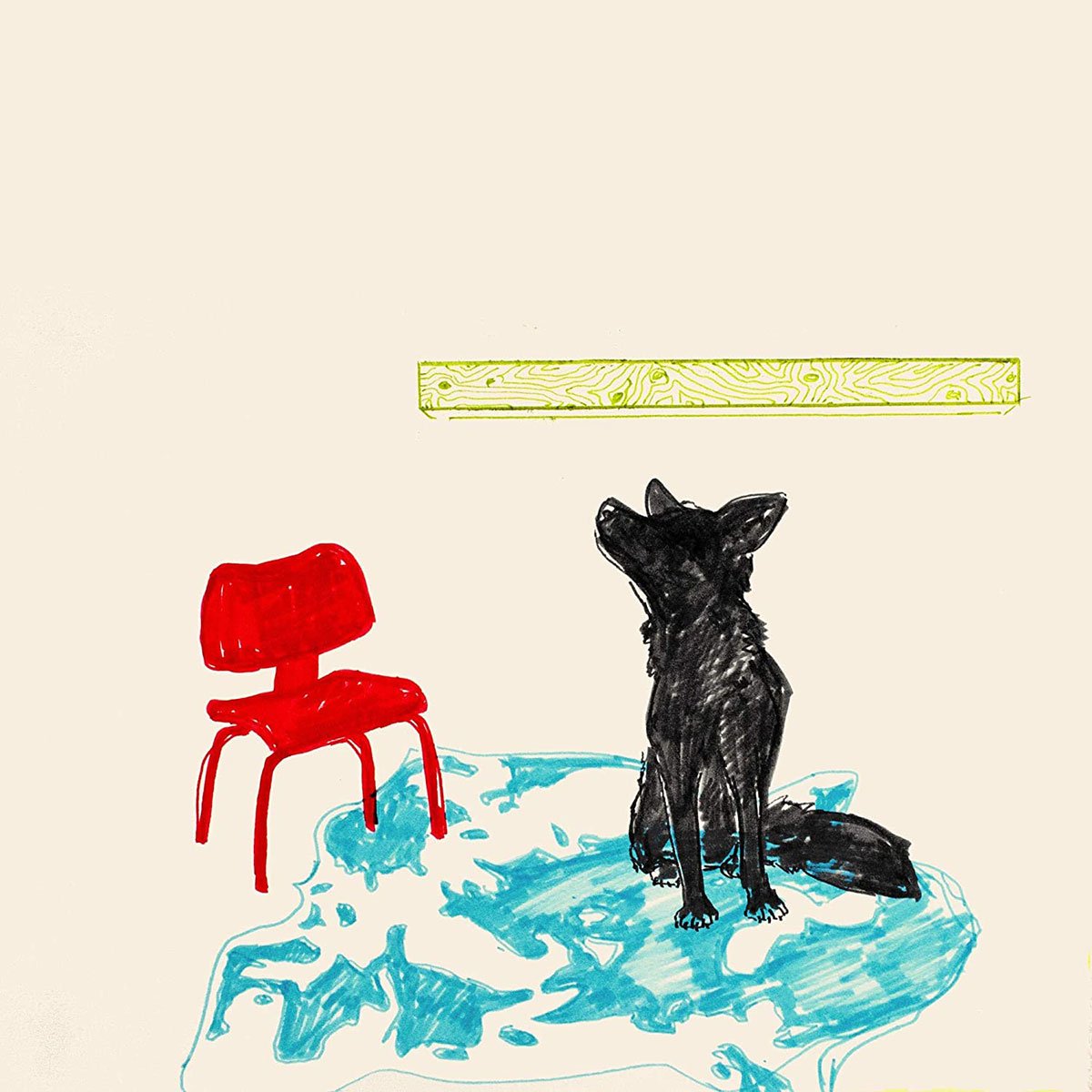 Dogleg’s Melee is a bristling, relentlessly cathartic collection of pop-punk. From the moment that the opening track, “Kawasaki Backflip,” bursts into its full-band glory, the album never slows down or backs off from the Detroit group’s loud, crunchy, anthemic style. Lead singer Alex Stoitsiadis shouts every word with dire conviction, his voice shredding and straining to deliver some of the best shout-along hooks of the year so far. “Any moment now, I will disintegrate,” he frantically yells at the explosive climax of “Fox.” Melee is the sound of a band pushing off self-destruction through sheer force of will. This isn’t to say that these songs aren’t complex, or that their loudness is a cover for a lack of imagination. The guitars on “Cannonball” splash loudly, creating violent ripples over the rest of the track, while “Ender” closes the album in a six-minute punk odyssey wherein Dogleg ups the stakes at every turn. Melee is exhausting in the best possible way, a cleansing release of tension in a howling, desperate rage. Jordan Walsh 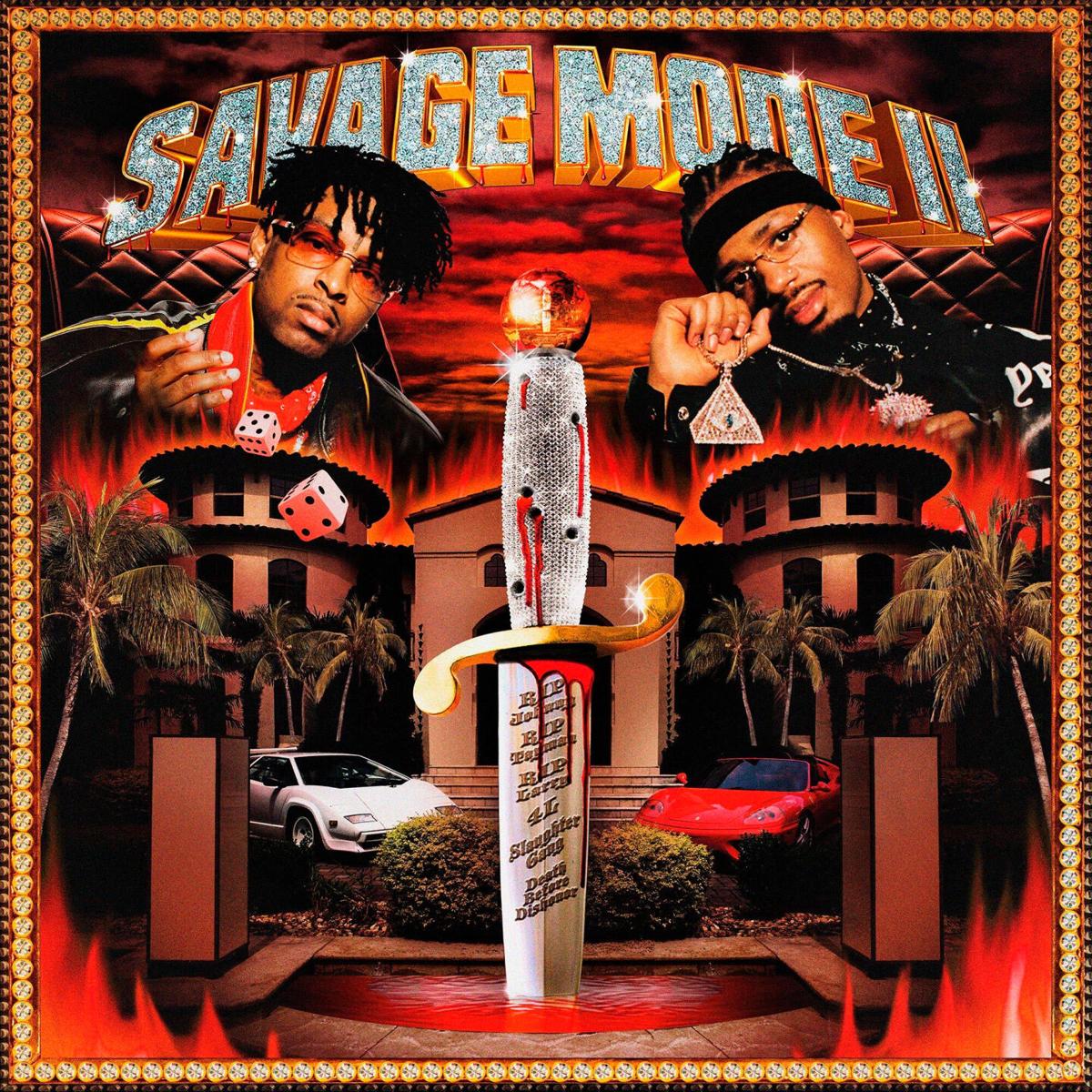 21 Savage is often the stabilizing force of Savage Mode II. As he frequently reminds us, the 27-year-old Atlanta MC has a real claim to legitimacy in his gangsta raps. “I grew up ‘round drugs, sex, and violence,” he tosses off on “Slidin.” 21’s dark, foreboding presence and tone are borne of an early acceptance of death’s omnipresence and randomness; he lays down spiky bars with a sneering swagger but also a pointed humbleness. It’s Metro Boomin, though, who elevates 21’s stories to something approaching greatness. He has a finesse for texture and atmosphere, employing the sound of a scratchy vinyl on “Runnin” and “Said N Done,” a static-y beat on “RIP Luv,” and the solemn piano riffs that were the driving instrument on the more minimalist Savage Mode. This sequel is a ratification of “bigger and better,” an example of steady improvement through impeccable craft. Charles Lyons-Burt 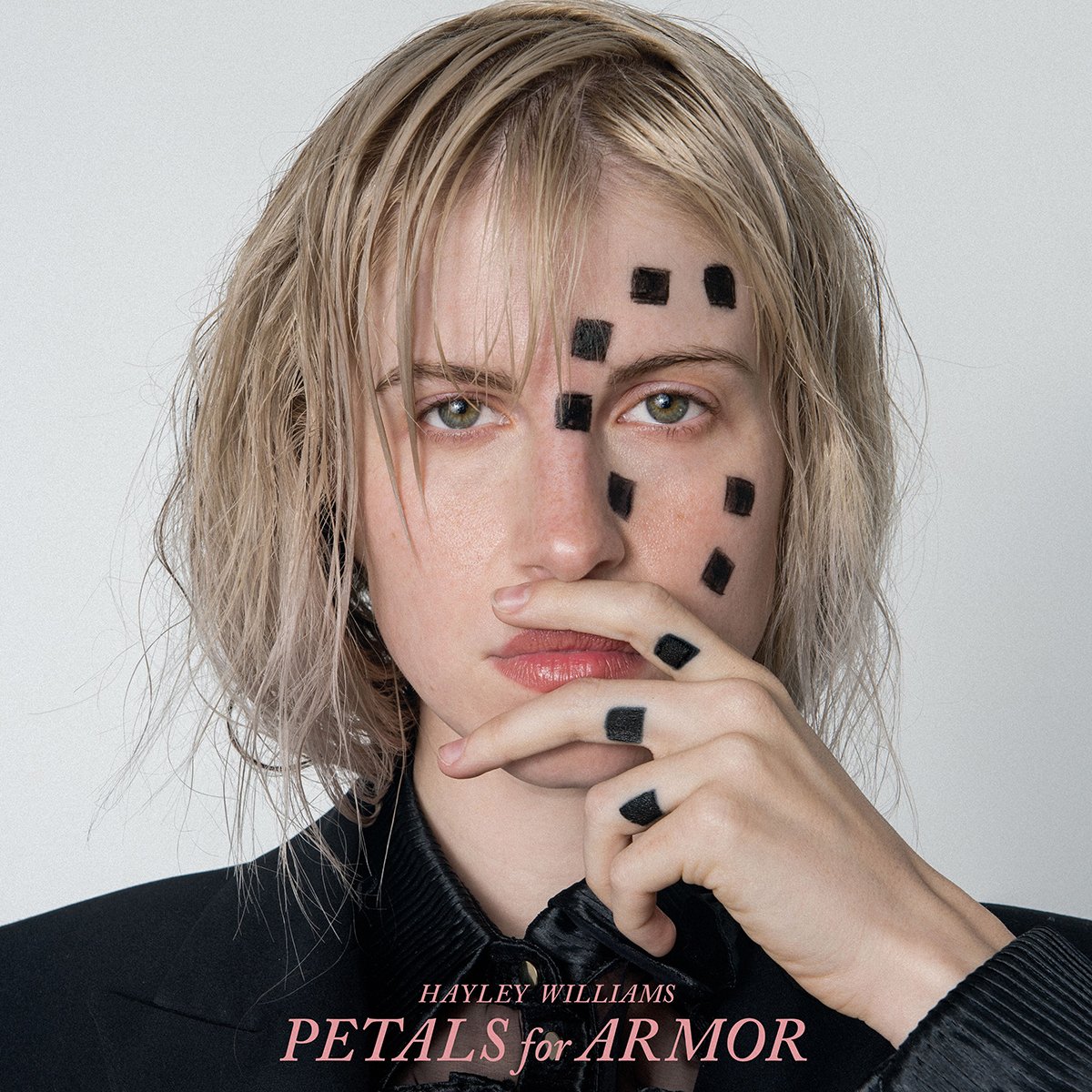 On Petals for Armor, Paramore singer Hayley Williams largely eschews guitar pop in favor of intricate songcraft influenced by artists as varied as Björk, Wilco, Dirty Projectors, even Phil Elverum. Though the album at times threatens to veer into adult contemporary, the highlights are among Williams’s most memorable and innovative work to date. Paramore’s widescreen sonic palette and shout-along choruses have often obscured Williams’s lyrical sharpness, but Petals for Armor’s more subdued sound allows her words to take center stage. A finely observed examination of grief, “Leave It Alone” is carried by a snaky bassline and shuffling drums, with Williams’s voice, mixed to sound close and conversational, doing most of the storytelling. Though it might not have a karaoke jam like “Misery Business,” Petals for Armor is a confident solo debut that suggests Williams has valences she’s just beginning to explore. Anna Richmond 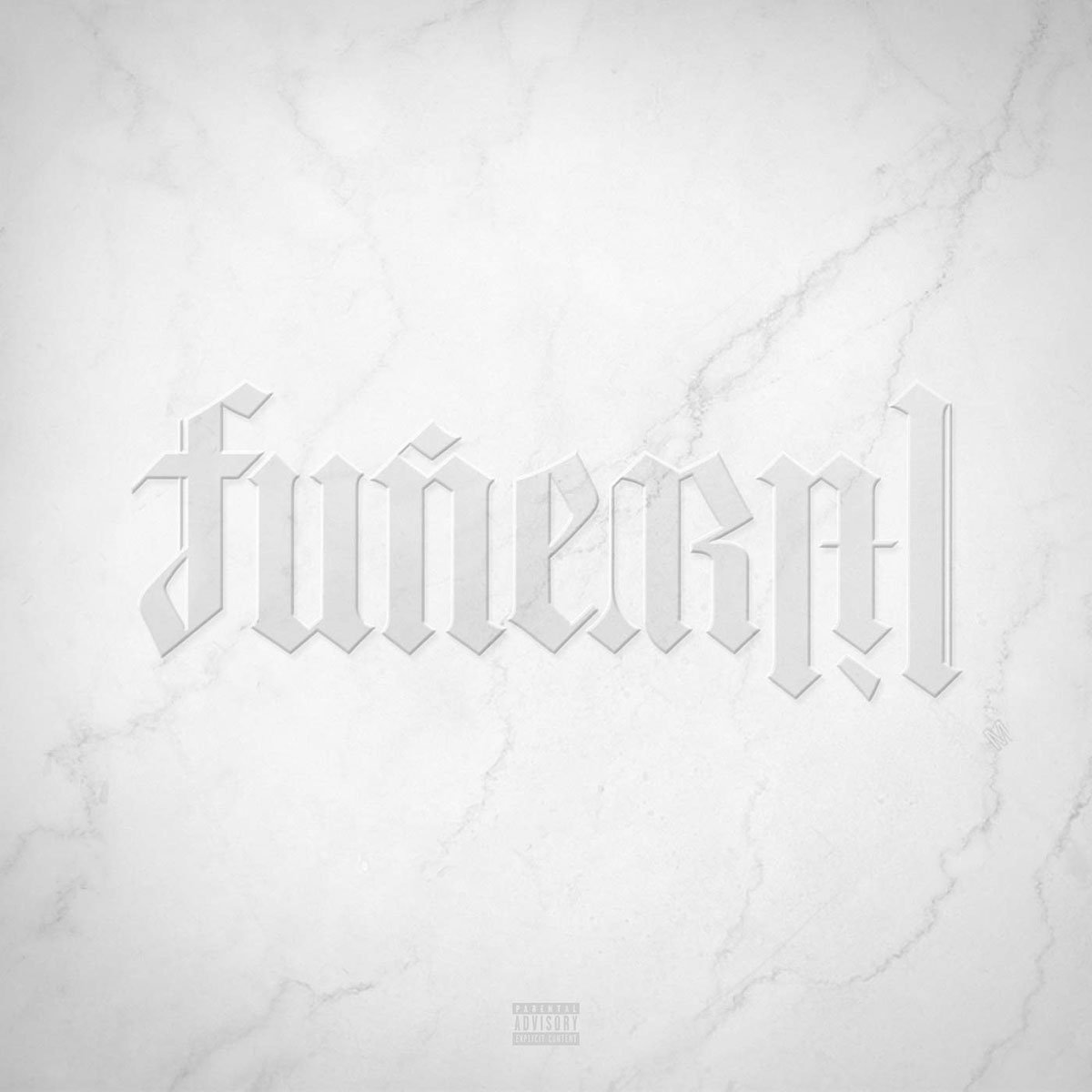 Only a year and a half after an album that took the better portion of a decade to make good on its announced release, Lil Wayne’s Funeral arrived with little to no fanfare, casually staking its claim as one of the rapper’s best. Lower expectations could have something to do with it, as the return to form represented by 2018’s Tha Carter V was accompanied by a lot of handwringing. Funeral makes the case that Wayne doesn’t need that gestation period—just producers who can meet him on his level and inspire the kind of dazzlingly dizzy flows that once made his “best rapper alive” claims more than credible. The success of Mannie Fresh’s contribution is less throwback than understated innovation: Co-produced with Sarcastic Beats, “Mahogony” fuses together the smooth, New Orleans bounce of Wayne’s early sound with the rat-a-tat delivery of Weezy’s watershed “A Milli.” The early twofer of “Mahogany” and the squelching, PC Music-worthy “Mama Mia” may represent the album’s peak, but the 24-track Funeral is a party that never flatlines. Sam C. Mac 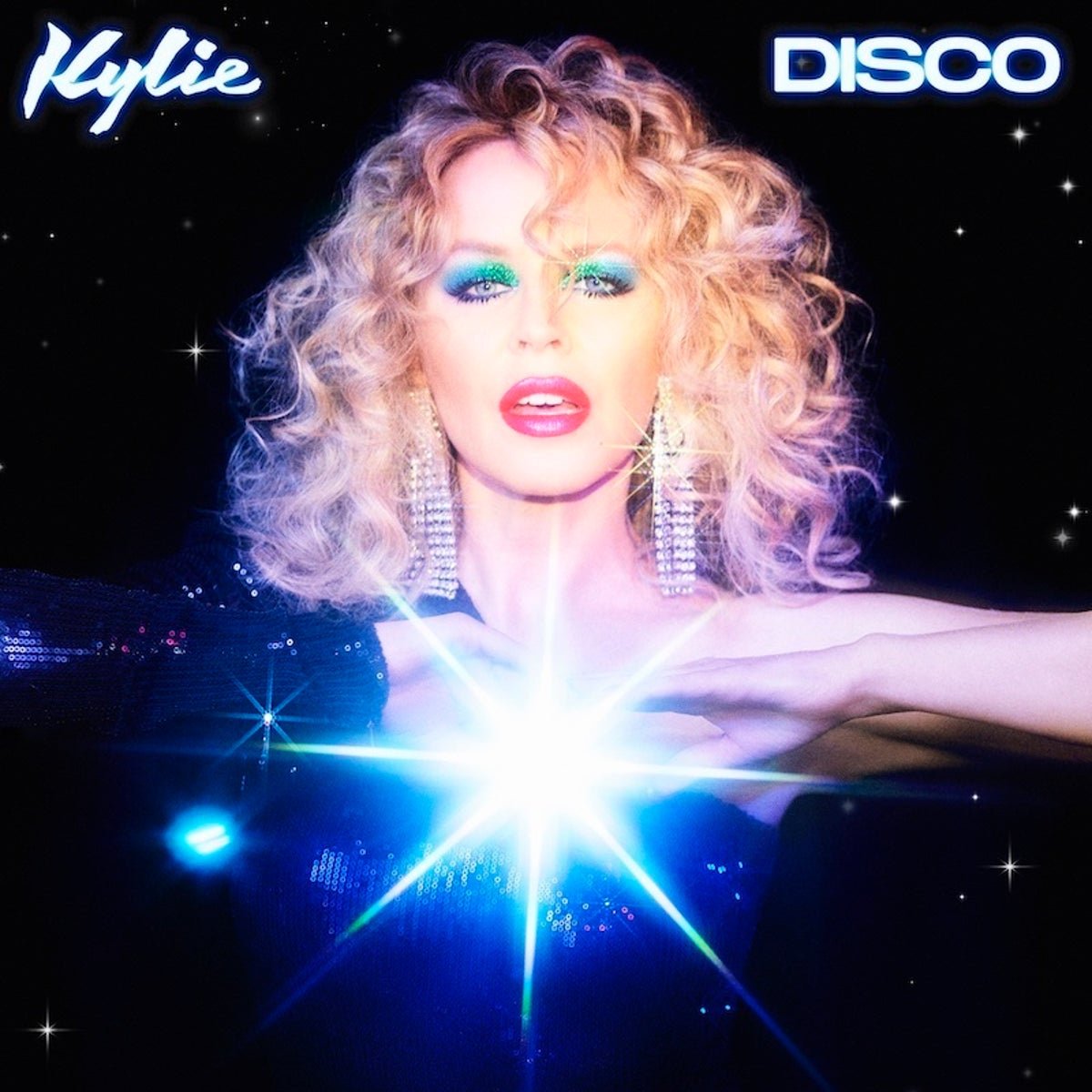 Nothing on Kylie Minogue’s dance-floor comeback, Disco, reaches the high camp of 2001’s “Your Disco Needs You,” but the infectious “Monday Blues,” which boasts intertwining strands of disco DNA from both Chic and Kool & the Gang, makes a valiant attempt. Occasionally, Disco ventures into parody, but while the album might be a purely derivative work, its period arrangements—all sweeping disco strings, Nile Rodgers-esque guitar licks, and indiscriminately deployed cowbell—are executed with aplomb. Disco doesn’t attempt to adapt the classic titular sound in a contemporary context like those albums did, instead content to bask in unapologetic homage. It’s a sugar rush that’s worth the hangover. Cinquemani 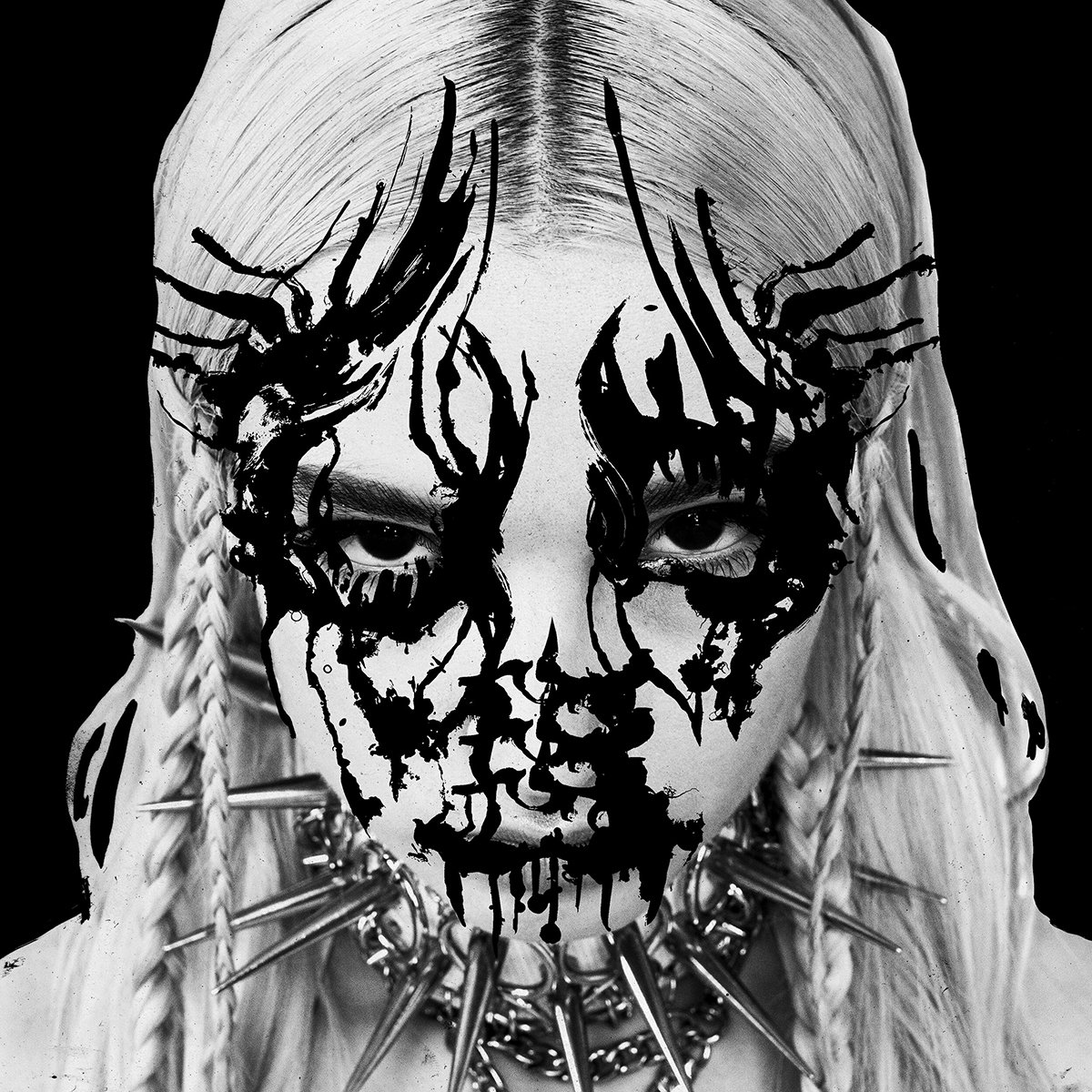 I Disagree marks a sonic rebirth for Poppy, the YouTube personality-cum-pop-cyborg portrayed by Moriah Rose Pereira. Poppy’s first two efforts were defined by bubble-gum pop filtered through the lens of J- and K-pop, which, in turn, are influenced by American music, resulting in a re-translated sound that felt at once familiar and alien. I Disagree is decidedly “post-genre,” tossing Poppy’s pop aesthetic into the shredder with heavy metal and industrial rock, previously only hinted at on the tail end of 2018’s Am I a Girl? “Concrete” shifts abruptly between tempos and genres, between commercial jingles and Beatles-esque chamber-pop, all shot through with roaring electric guitar riffs. That might sound incoherent, but it serves as a bold, deftly executed mission statement. Cinquemani 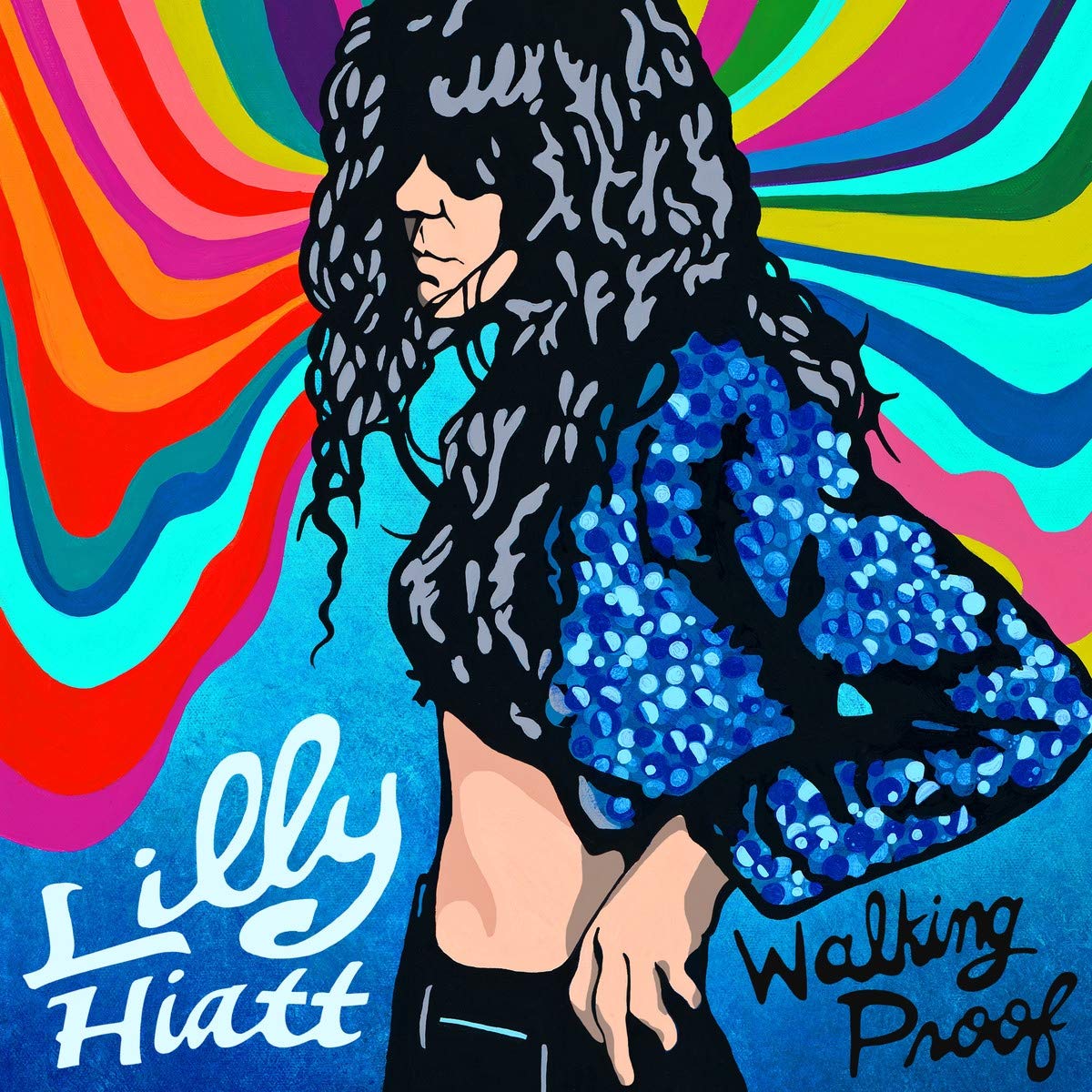 Lilly Hiatt’s songs are disarmingly personal and immensely endearing, even when she’s singing about fucking up—which is pretty often. There’s an almost parasocial element to Hiatt’s songwriting: Her voice is like that of an old friend who’s perpetually in various stages of getting her shit together. Hiatt’s fourth album, Walking Proof, forms something of a thematic trilogy with her last two albums: 2015’s Royal Blue, a portrait of a relationship in its death throes, and 2017’s harder, darker Trinity Lane, which depicted its immediate aftermath. Hiatt spent both albums seeking solace and guidance for her troubles everywhere she could, from family to her favorite records. On Walking Proof, she’s emerged wiser and more confident, ready even to dispense advice of her own. She also finds herself in full command of her broad stylistic palette, melding influences as disparate as backwoods country and garage punk into a cohesive signature sound. There are a couple of lingering references to Hiatt’s past relationship problems. But when, in the hauntingly stark closer “Scream,” she claims, “I swear to God I’m done with him,” it’s convincing this time. Jeremy Winograd 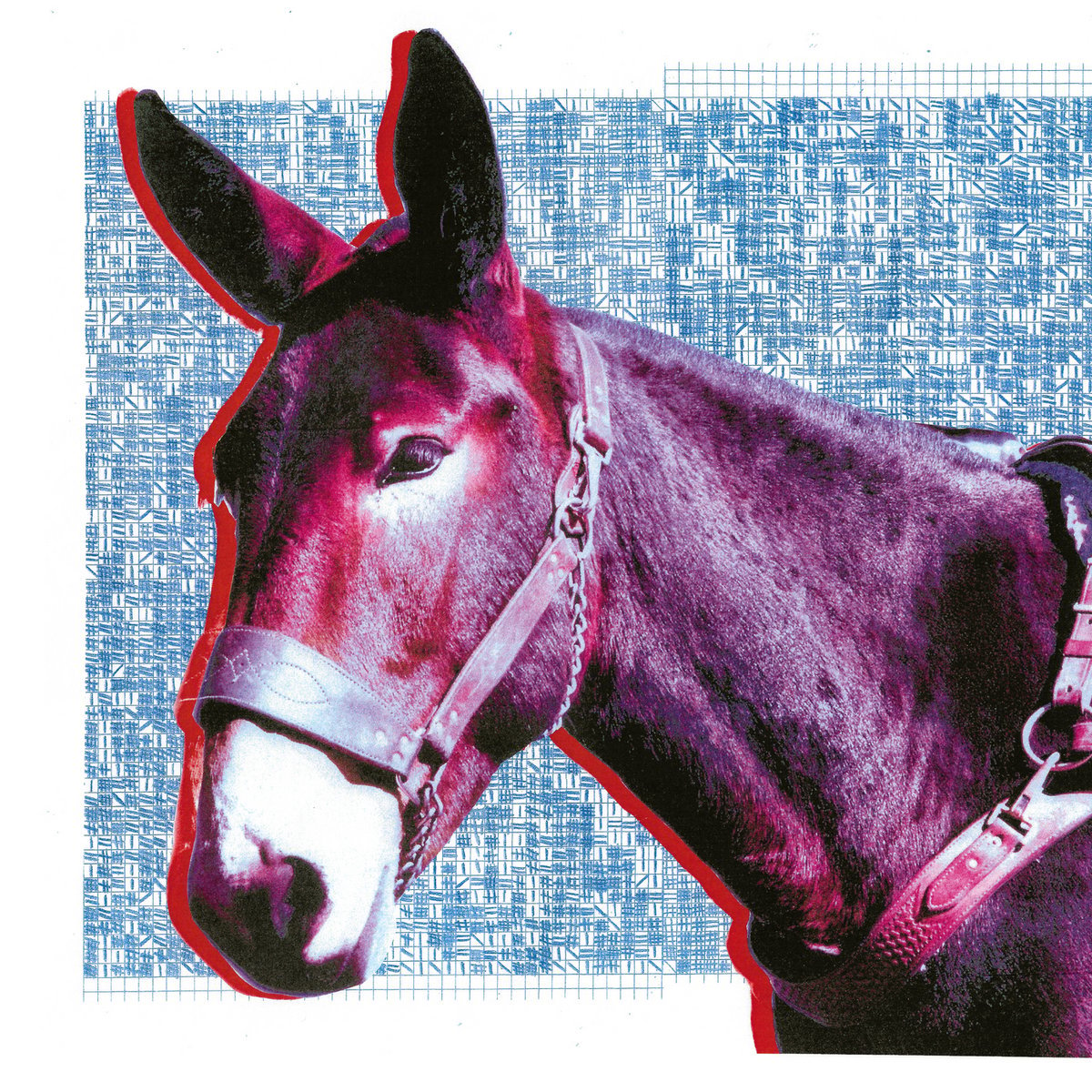 Protomartyr’s sound is forged from the bones of punk and the blood of indie rock. The Detroit four-piece delivers heady lyrics with an ironic detachment in the vein of Destroyer and the Mountain Goats, while the blistering noise and distorted intensity of their music brings to mind Sonic Youth and early Sleater-Kinney. Their fifth album, Ultimate Success Today, continues this stylistic balancing act, with existentially oriented lyrics accompanied by ferocious guitars and frantic percussion that sustain a sense of anxiety. References to philosophical concepts and pre-Enlightenment literature could be considered over-thought if Protomartyr’s sound didn’t possess such raw immediacy. The band’s catalog is strewn with such musings about life as a fulfillment of a disappointing fate, and they’ve perfected that obsession here. The restless punk spirit and flippant, downtrodden ethos that prevail over the album render Protomartyr’s painstaking intellectualizations as fuel for a visceral winding up and release of discontent. Lyons-Burt 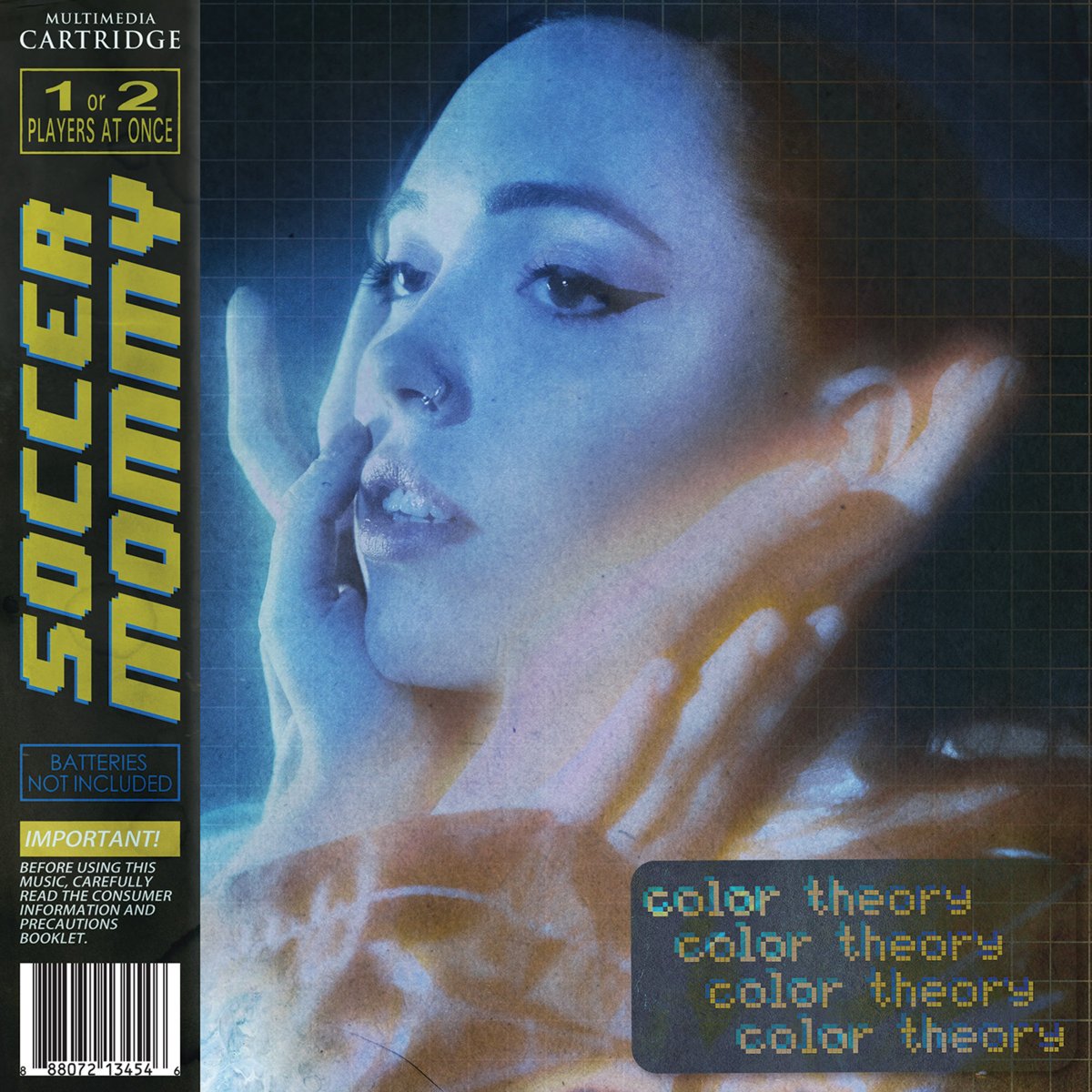 Soccer Mommy’s Color Theory is slicker than 2018’s Clean, and beefed up by Sophie Allison’s touring band, the album’s sparkling guitars and restrained studio sheen bring her sound closer to familiar ‘90s alt-rock touchstones like Built to Spill and Sebadoh. Allison’s progression as a songwriter is more acutely evident in the album’s darker, weightier subject matter: Continuing to draw on personal experience, she largely eschews songs about her love life, instead confronting her issues with mental health and abandonment. Even as Allison delves deep into heavy subject matter, she usually sounds more angsty than haunted. Which is fine when she delivers that angst with such melodic verve. Though something deeper and darker has taken root in this indie-rock wunderkind, her melodic grip remains the backbone of her music. Winograd 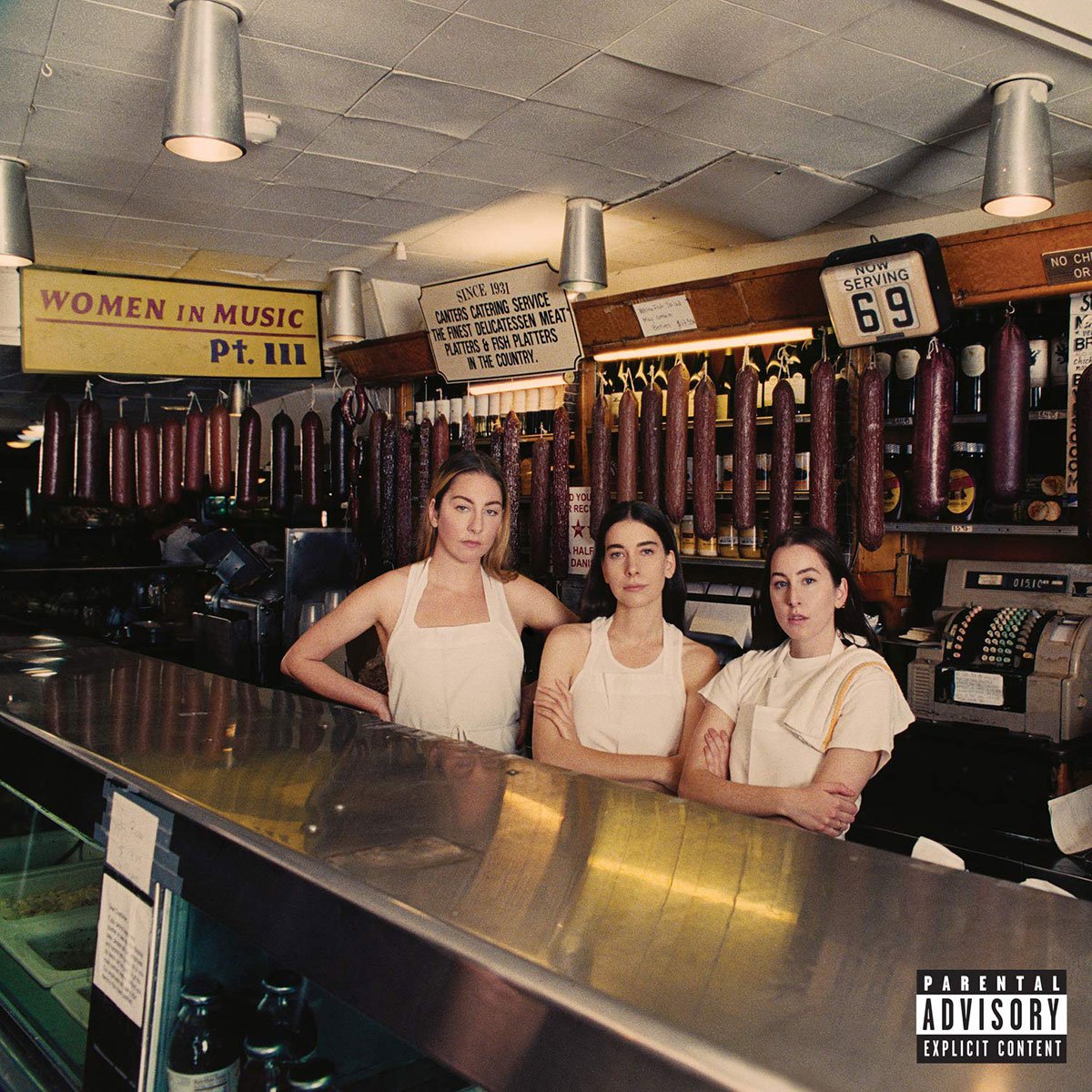 While there’s plenty of genre-hopping on Women in Music Pt. III—hip-hop, reggae, folk, heartland rock, and dance—HAIM has created an album that’s defined not just by exploration, but by their strong sense of individuality. Unlike the sparkling, thoroughly modern production of 2017’s Something to Tell You, this album’s scratchy drums, murky vocals, and subtle blending of acoustic and electronic elements sound ripped straight from an old vinyl. It’s darker, heavier fare for HAIM, for sure—a summer party record for a troubled summer. HAIM’s instincts to veer a little more left of the dial result in an album that strikes a deft balance between the experimental and the commercial, the moody and the uplifting. You’re unlikely to hear these songs on Kroger’s in-store playlist—on which 2017’s “Little of Your Love” seems to have become a permanent staple alongside the likes of “Eye of the Tiger” and “I Wanna Dance with Somebody (Who Loves Me)”—but these songs are riskier, and ultimately that much more rewarding. Winograd