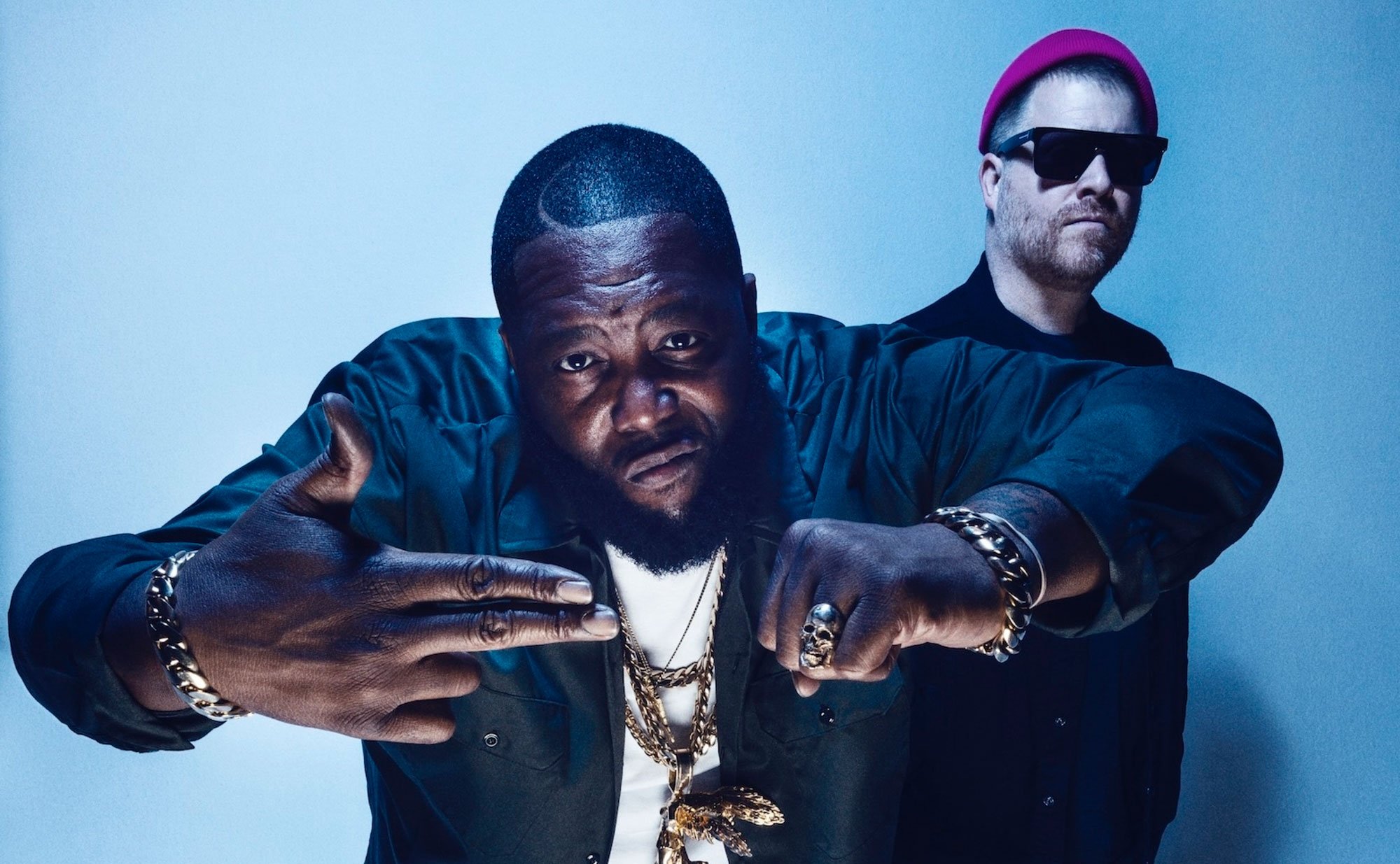 With their fourth album, Run the Jewels achieves a synergy and cohesion that heightens the moral clarity of their work as it fiercely meets the chaos of our current moment. Addressing racist social structures and the exploitative nature of late capitalism on “Walking in the Snow,” Killer Mike raps, “All of us serve the same masters, all of us nothin’ but slaves.” What does a nation owe its citizens, and what does it say about America that the bulk of what we’re provided by our power structures is either the warehousing of bodies in schools and prisons or their destruction? On RTJ4, Killer Mike and El-P pose such thorny questions, advancing the thesis that the nature of modern life is inherently carceral.

Since Run the Jewels made their debut in 2013, Killer Mike has also gained notoriety for his activism, and RTJ4’s political commitments mean the album lacks a bit of the madcap humor present in the duo’s earlier work. It’s impossible to imagine this album getting a cat remix, as 2014’s Run the Jewels 2 did, but it still packs plenty of wit into its 38-minute runtime. And what the album lacks in yuks, it more than makes up for by showcasing the dynamic contrast between El-P’s quick verbal acrobatics and Killer Mike’s powerfully fierce staccato rhythms.

The aforementioned “Walking in the Snow,” which makes room at one point for references to straight-shooters Noam Chomsky and Charles Bukowski, mounts a scathing a critique of post-millennial America. At his signature breakneck pace, El-P weaves together a call for class solidarity across racial lines with a bitter moral condemnation of Christians who tolerate the caging of children. Meanwhile, Killer Mike attacks racist school systems and police, but also indicts the type of bourgeois liberalism that enables those institutions: “You sit there in the house on couch and watch it on TV/The most you give’s a Twitter rant and call it a tragedy.” He then points back to El-P’s discussion of religious hypocrisy by reminding the listener that “in the story of Jesus, the hero was killed by the state.”

Biblical imagery also pervades “Pulling the Pin”: “There’s a grenade in my heart and the pin is in their palm,” Mavis Staples sings on the hymn-like hook, capturing the feeling of living in a world where your fate feels mostly out of your control. Killer Mike paints the struggle for class and racial equality as a holy war between angelic and demonic forces, likening the accrual of wealth, and the process of buying into a system that allows the rich to opt out of caring about others, to a satanic ritual. He closes the track by claiming that his cause is spiritual rather than political, again appealing to a sense of metaphysical justice.

On “JU$T,” guest Pharrell Williams coolly dismisses achievement within a rigged system, and when Killer Mike observes, “Look at all these slave masters posin’ on your dollar,” Pharrell quips, “Get it?” His winking emphasis underscores the album’s broader theme: How free is anyone in a society obsessed with the acquisition of capital? In one stroke, the song condemns America’s racist origins and makes clear the weight of that history in the present.

RTJ4 is cyclical, formally emphasizing the circular nature of violence and oppression. The closing track, “A Few Words for the Firing Squad (Radiation),” homes in on the personal, opening with El-P watching his wife sleep before musing that even people with massive wealth seem miserable today; think Howard Schultz’s quixotic argument to replace “rich” with “person of means” or Michael Bloomberg squandering a half a billion dollars on a vanity run for president. Killer Mike acknowledges that denying the pleasures of success would be hypocritical, but wealth doesn’t insulate him from the effects of a society built on racism. Nor is his wife overly comforted when people equate his activism to that of Martin Luther King Jr. or Malcolm X, given that she “need[s] a husband more than the world needs another martyr.” Underneath, a pulsing beat, some sleazy, skronking saxophone, and a melancholic string section bounce off one another, building to an unsettling, tragic climax as the lyrics fade.

The album ends by calling back to the opening track, “Yankee and the Brave (Ep. 4),” the title of which refers to an imaginary TV show about two hustlers on the run after being framed by crooked cops. That song is cinematic and celebratory, while the album’s coda is enervated, anxious, and exhausted; frequent collaborator Mike Sweeney’s voiceover links the two bookends and ties the album together, a delicate walk between joy and despair that implicates the listener rather than offering a way out. Structurally inventive, lyrically deft, passionate and heartbroken, RTJ4 positions Run the Jewels as the laureates of our collapsing era.