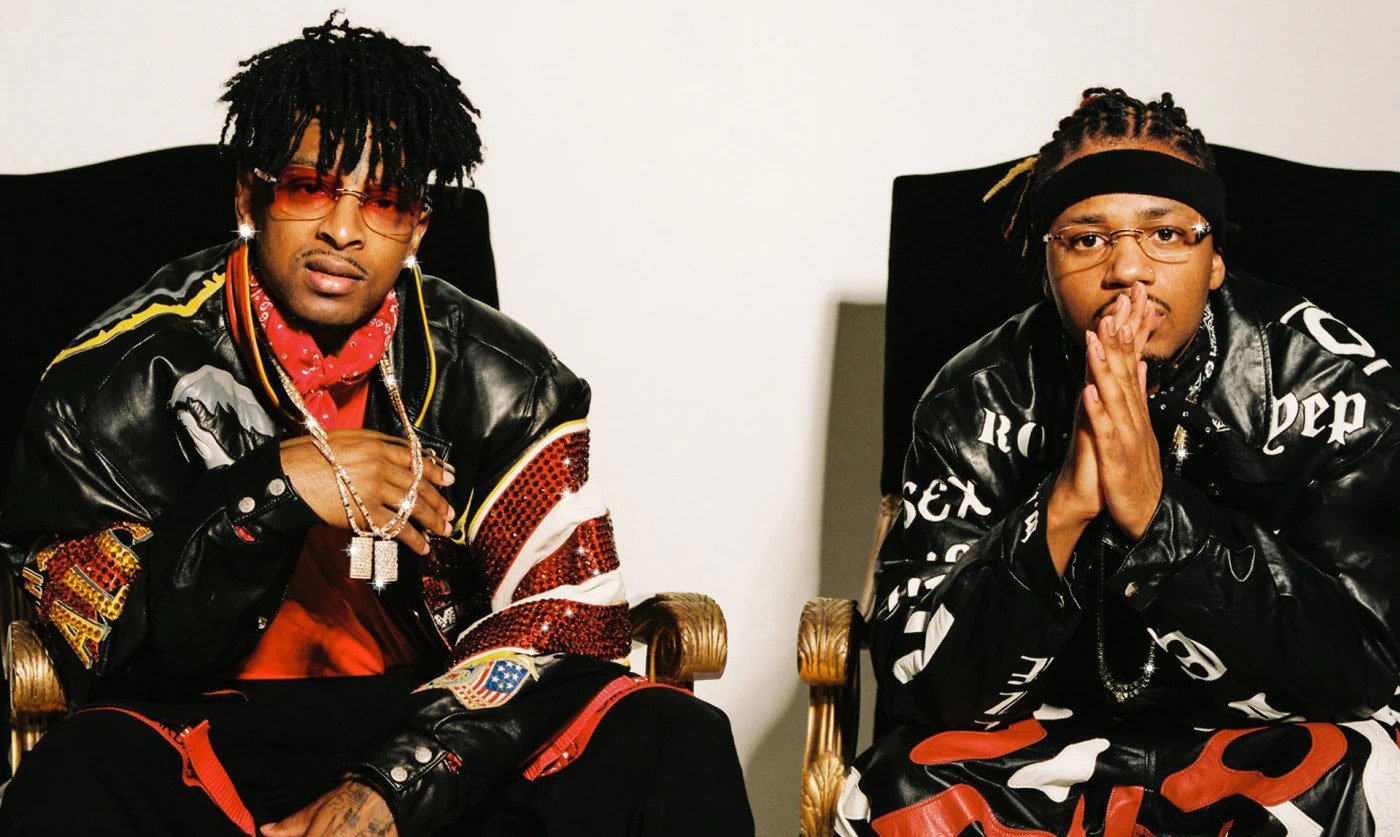 “Are things better or worse the second time around? Can we really do anything more than once?” intones actor Morgan Freeman early on in Savage Mode II. The album answers affirmatively, in the form of a robust and deeply enjoyable sequel to the 2016 collaboration between rapper 21 Savage and producer Metro Boomin. Freeman’s contributions, especially a delightful rejoinder on the midpoint interlude “Snitches & Rats,” are performed with a mock gravitas that 21 Savage and Metro Boomin frame with equal parts levity and seriousness.

The principal focus of Savage Mode II is Metro Boomin’s production. As a teenager, the knob-twirling wunderkind ditched school to revolutionize trap music, providing stellar beats for Atlanta eccentrics-cum-marquee stars Future and Young Thug, refining the excesses and strange outlier sounds of Southern hip-hop into his own tasteful brand. “Rich Nigga Shit” has the feel of a live band, with peppy synths and fiddle intermingling with exciting freshness while a subtle but dynamic bassline mimics an analog instrument, recalling the sinewy work of both Thundercat and the Internet. The dazzling “Glock in My Lap,” co-produced by Southside and Honorable C.N.O.T.E., boasts a host of moving parts, including squealing violins, the rattle of a tiny cowbell, something resembling a kazoo, and the low rumble of shredded bass.

21 is more often than not the stabilizing force around which Metro paints and creates elaborate designs. As he frequently reminds us, the 27-year-old Atlanta MC has a real claim to legitimacy in his gangsta raps. “I grew up ‘round drugs, sex, and violence,” he tosses off on “Slidin.” (He’s suffered a number of untimely losses of people close to him, often in his presence, including brother Taylor “Tayman” and close friend and associate known simply as Larry, both of whom are eulogized on Savage Mode II’s ornate album art.) 21’s dark, foreboding presence and tone are borne of an early acceptance of death’s omnipresence and randomness; he lays down spiky bars with a sneering swagger but also a pointed humbleness.

In places on Savage Mode II, the rapper succeeds in breaking out of his typical stable of themes and narratives around gunplay, drug deals, smoking weed, and sexual trysts. On “My Dawg,” he reflects on the tragedies that have dotted his lifetime, including a 2019 ICE arrest in which his birthplace and visa were contested. He’s heavy-hearted and thoughtful, a register he’s confidently grown into since arriving on the scene as primarily a horrorcore rapper. His flows aren’t remarkably diverse, but he always spits with precision, and his speed of delivery on “Many Men” and “Brand New Draco” is impressive.

It’s Metro, though, who elevates 21’s stories to something approaching greatness. The producer samples very carefully, using a snippet of Diana Ross’s “I Thought It Took a Little Time (But Today I’m In Love)” on “Runnin,” the wisps of the vintage cut nudging each line forward. He has a finesse for texture and atmosphere, employing the sound of a scratchy vinyl on “Runnin” and “Said N Done,” a static-y beat on “RIP Luv,” and the solemn piano riffs that were the driving instrument on the more minimalist Savage Mode. This sequel is a ratification of “bigger and better,” an example of steady improvement through impeccable craft.

Review: Annie’s Dark Hearts Dives Into the Past with Both Regret and Wonder