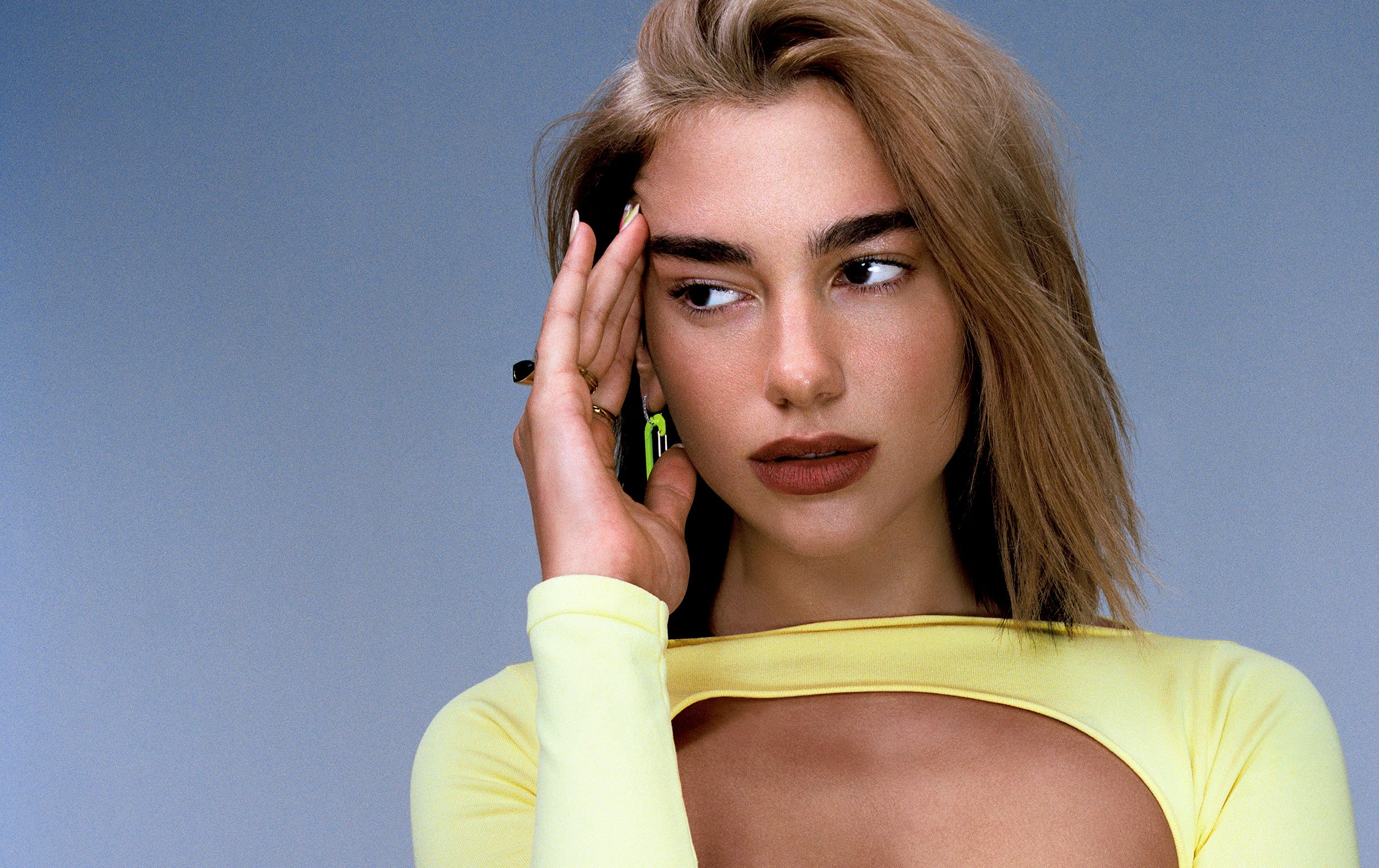 When Dua Lipa decided to name her sophomore effort Future Nostalgia, she couldn’t have fathomed that the album would be released in the midst of a socially and economically devastating global pandemic. It’s unlikely that future generations will look back on 2020 with wistful nostalgia. Fortunately for us, Future Nostalgia leans into the latter half of its oxymoronic title, offering a well-timed escape hatch to pop music’s past.

A throaty mezzo, Lipa is capable of churning out an album full of the sort of power ballads that were liberally sprinkled throughout her self-titled debut. But like Mariah Carey before her, the grooves are just as important to the English pop singer’s success—though the closest Carey ever got to a full-fledged dance album was Glitter. Which is, perhaps, an apt point of comparison, since Carey’s 2001 movie soundtrack and Lipa’s Future Nostalgia—coincidentally both released during national crises—are doggedly devoted to ‘80s pastiche.

The album’s mix of past and present is best captured on two tracks that draw overtly from their sources: “Love Again” is a dizzying dance-floor filler that pairs lush orchestral swells with a sample of the canned strings from White Town’s 1997 single “Your Woman,” while the guitar hook from INXS’s “Need You Tonight” provides the melodic basis for “Break My Heart.” Both songs demonstrate Lipa’s knack for wringing pathos from everyday dating woes and pouring it into sublime dance-pop. It’s a role that once squarely belonged to Robyn, whose long sabbaticals Lipa seems more than willing to fill with kiss-offs like “New Rules,” “IDGAF,” and “Don’t Start Now,” the nu-disco slow burner that served as Future Nostalgia’s lead single.

The album’s second single, “Physical,” interpolates Olivia Newton-John’s 1981 hit of the same name but eschews that song’s loose R&B rhythm for the frenetic future-pop of Newton-John’s “Twist of Fate.” That makes Lipa’s song, with its admittedly robotic hook, a bit of a bait-and-switch, but the album is nothing if not surprising. Chic-indebted guitar licks, sleek mono synths, and judiciously appointed cowbell bump up against more contemporary pitch-modulated vocal effects on tracks like “Pretty Please” and “Levitating.” The latter is a feel-good earworm that, like the cheeky “Good in Bed,” conjures Lizzo-esque pop-funk.

Occasionally, the album’s commitment to juxtaposition feels strained. The title track, which soars when it unabashedly embraces early-‘80s electro and the ivory-soul stylings of Teena Marie, falls flat when Lipa attempts Kesha’s brand of talk-singing amid references to futurist architecture. And “Hallucinate,” Future Nostalgia’s most bald-faced gesture to clubland, is a Kylie Minogue-style house banger with a Lady Gaga-esque hook that, on a lesser album, would be a highlight but feels generic when sandwiched between the simmering “Pretty Please” and the euphoric “Love Again.”

Notably missing from the album are those aforementioned power ballads. The closest equivalent is the closing track, “Boys Will Be Boys,” a baroque-pop anthem that tackles gender politics and the media: “When will we stop saying things ‘cause they’re all listening/No, the kids ain’t all right/And they do what they see ‘cause it’s all on TV/Oh, the kids ain’t all right.” It’s theoretically an enervating way to end an album whose primary virtue is its sense of escapism, snapping us back to a reality where kids predictably emulate the bad behavior of our leaders and one ill-advised remark can send the stock market into a nosedive. At just 37 minutes, however, Future Nostalgia seems to understand that the best diversions are as fleeting as they are exhilarating, so we should enjoy them while we can.

Review: The Weeknd’s After Hours Is a Triumphant Depiction of Heartbreak