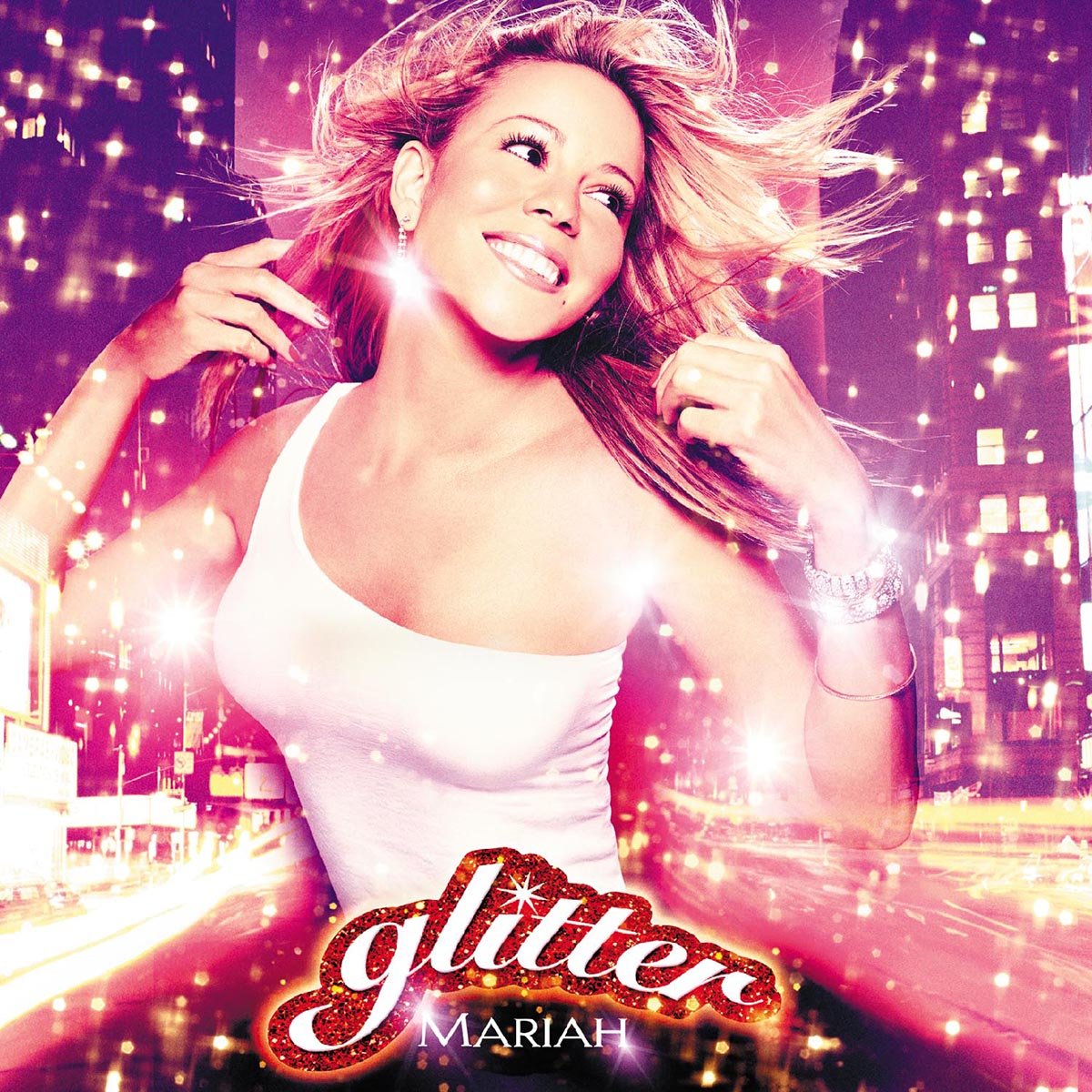 Mariah Carey’s new movie, Glitter, has finally given the singer an excuse to dig out her old high school 45s and fully transform herself into the ‘80s discoball diva she is at heart. For years, Carey has attempted to shed her adult-contemporary origins, incorporating hip-hop into her music by enlisting the talents of rappers like Ol’ Dirty Bastard and Da Brat. The soundtrack to Glitter—which happens to be a studio album in its own right—is the vehicle through which Carey attempts to complete her transposition, breaking further from her humble crossover-pop origins and her former label, Sony Music.

Carey’s dive into ‘80s retro seems natural thanks in part to the fact that she recruited era veterans Jimmy Jam and Terry Lewis to produce half of the album, including a flawless rendition of Cherrelle’s “Didn’t Mean to Turn You On.” If the track’s swirling synths sound more than authentic, it’s probably due to Jam and Lewis’s sampling of their original song’s entire backing track, which is sewed seamlessly beneath Carey’s built-in kitsch. “All My Life,” a collaboration with Rick James, would make a daring yet commercially viable single. Its Studio 54-era synth-flutes and sultry vocal could, at the very least, rub up against the boundaries of pop radio like no other Carey tune has since 1995’s “Fantasy.” “Want You,” a duet with Glitter co-star Eric Benet, is another retro gem, featuring grinding bass and Carey’s distinctive vocal phrasing (she uncurls mulitsyllabic adjectives like “painstakingly” with unrivaled ease).

But not all of Glitter is gold. Carey is relegated to a virtual hood ornament on “If We,” “Don’t Stop,” and a remix of the album’s first single “Loverboy.” (The trio of songs includes no less than seven guest rappers combined.) “Loverboy” is a super-sexed abstraction of Carey’s time-tested uptempo hit formula—including “Emotions,” “Dreamlover” and “Fantasy”—featuring metaphors that are more overt than those on the irresistibly drippy “Honey”: “When he invites me over/I come every time.” A cover of Indeep’s 1982 post-disco classic “Last Night a DJ Saved My Life” personifies Carey’s ambition like no other song she’s ever recorded: “If it wasn’t for the music/I don’t know what I’d do,” she sings plainly. Producer DJ Clue’s signature “hollas,” however, are irksome and, along with Busta Rhymes, his presence dilutes Carey’s restrained performance.

Of course, Glitter includes the requisite handful of syrupy-sweet ballads. “Never Too Far” and “Lead the Way,” which reunites Carey with longtime songwriting partner Walter Afanasieff, harbor over-the-top performances worthy of Star Search (fitting, I suppose, considering the film’s ‘80s-era rags-to-riches storyline). “Reflections (Care Enough)” tells the tale of an estranged mother figure and its sparse arrangement recalls the simple beauty of Carey’s early balladry. The elegant “Twister” is autobiographical, in the vein of previous stand-out album cuts such as “Looking In” and “Petals,” though this track is actually a requiem of sorts for a lost friend and associate: “She was kind of magical/Her laughter sent you casually/Floating through a moment of release.”

Like Carey’s last release, Rainbow, Glitter’s biggest flaw is in its effort to be everything to everyone. With the exception of 1997’s Butterfly, it’s proven cumbersome for the singer to find a balance between hip-hop and pop. Carey’s edgier tracks are inundated with so many guest artists that her sound ultimately becomes muddled; her pop tunes are so formulaic that it’s difficult to distinguish one from the next. Yet while the album may have its flaws, it is for the most part a successful period piece that clearly displays Carey’s appreciation for all that has come before her.

Review: Nikka Costa, Everybody Got Their Something