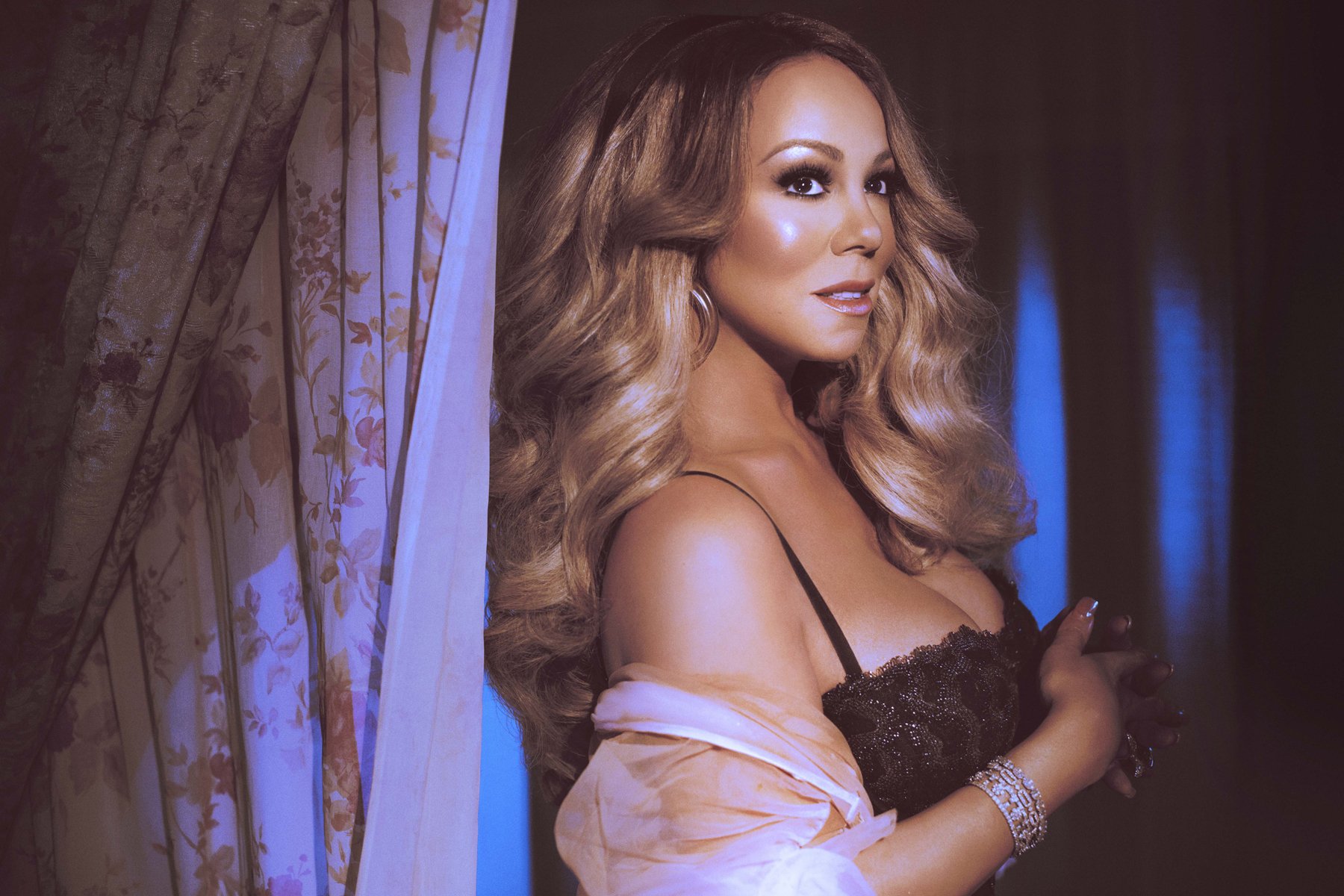 On May 15, 1990, Mariah Carey quietly released her debut single, “Vision of Love,” a contemporary R&B ballad marked by its retro swing and, of course, that voice. Though it gave birth to a thousand singing competition contestants caterwauling their way to instant fame, the song is more restrained than you might remember. Yes, “Vision of Love” introduced the world to that famous whistle register like a stripper popping out of a cake, and Mariah seems to express an entire song’s worth of emotion in one final vocal run, but it also boasts an economy of language, both musical and otherwise, that she’s recaptured rarely over the years.

“Vision of Love” took its time to reach its sweet destiny—four weeks at #1 on the pop chart—setting the stage for a career with very long legs. If Mariah’s handlers—her then-husband, Sony Music president Tommy Mottola, among them—wanted her to be a crossover queen in the key of Whitney, the singer evidently had other ideas. By the end of the ‘90s, both Mariah’s wardrobe and voice—not to mention her album sales—began to shrink. But she’d become a far more interesting artist, savvily incorporating hip-hop elements into her work, which surely extended her commercial viability even as it limited her audience, and developing a singular, idiosyncratic voice as a lyricist.

To celebrate the 30th anniversary of “Vision of Love,” and her self-titled debut—released in June of 1990—we’ve ranked all 13 of her non-holiday studio albums. 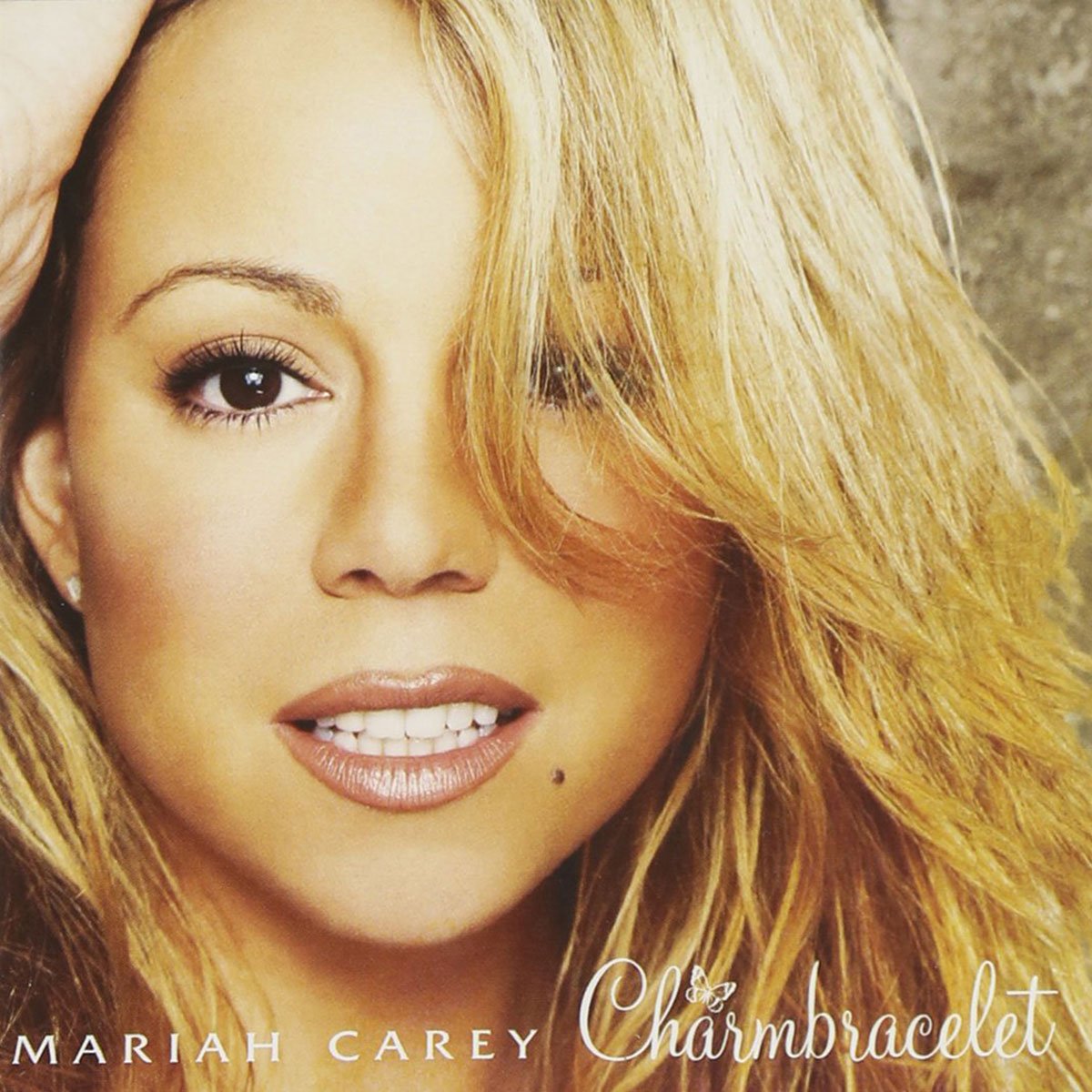 The sense that Charmbracelet was rushed out to try and control the damage left in Glitter’s wake is inextricably tied in with the album’s DNA. At the time, we admit to feeling admiration that she was at least giving off the impression of dusting it off and stepping back up to the plate…or the hoop, given that the most enduring takeaway from the whole project remains her momentary penchant for basketball jersey scootchie dresses. But in hindsight, the album’s place at the bottom of her discography is incontestable. Throughout, the sense that her genre interpolations reflect a piece of her campy-kitschy persona consistently takes a back seat to the realization that now was not the time to lean into idiosyncrasies, with the one possible semi-exception being the incongruously chipper G-funk detour “Irresistible (West Side Connection).” I mean, on what other Mariah album would a track entitled “Clown” sound like the zero-calorie AC version of Timbaland this one does? Eric Henderson 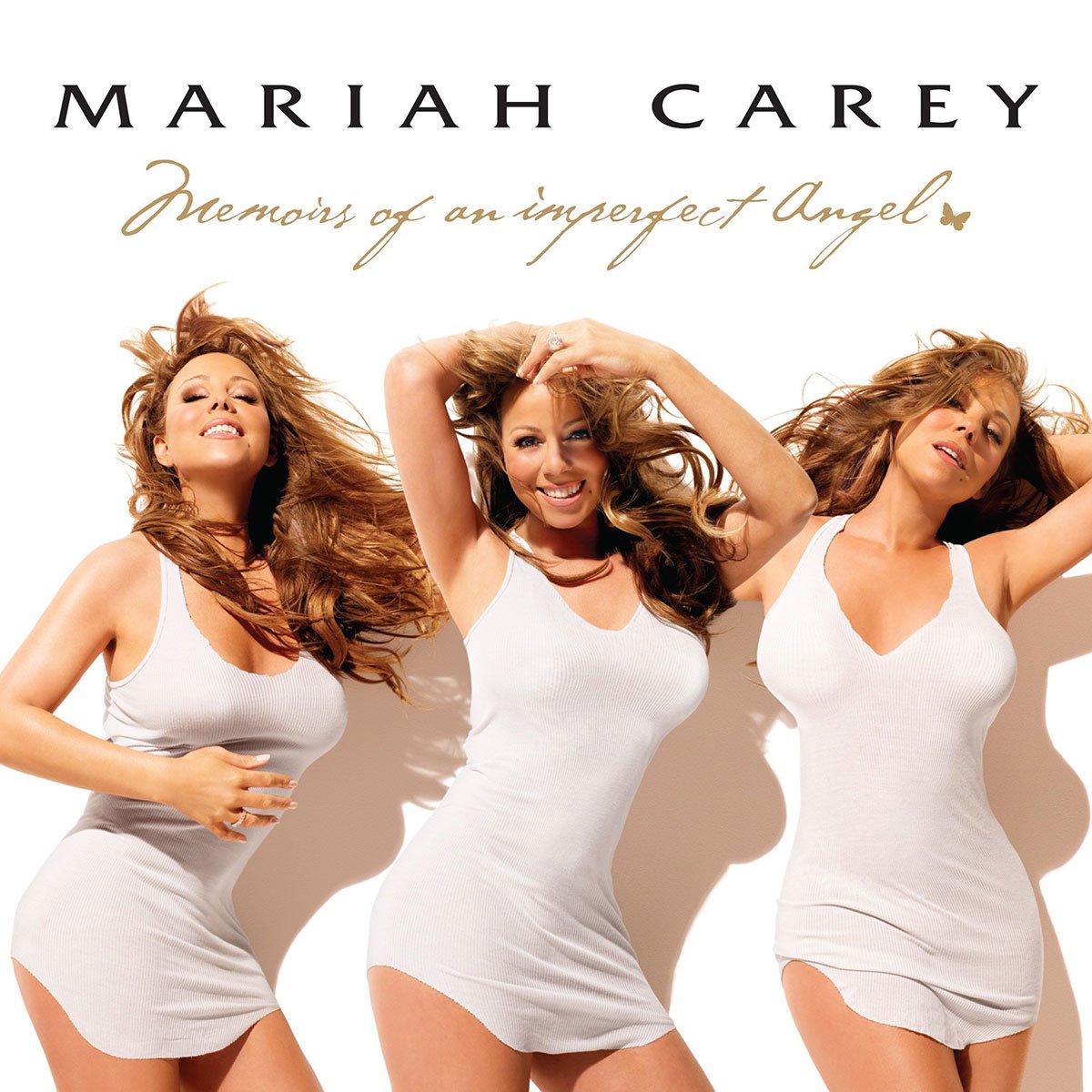 Having then-It producers The-Dream and Tricky Stewart on the boards for all 17 tracks of 2009’s Memoirs of an Imperfect Angel makes the album one of Mariah’s most sonically consistent, but it also sounds cheap and same-y, lacking the fullness of her best work. Mariah is in fine voice throughout, and there are several standout tracks, including the hard-edged “Standing O,” the simmering “H.A.T.E.U.,” and “Up Out My Face,” on which she achieves a whole new level of lyrical ridiculousness involving Legos and an allusion to Humpty Dumpty. Lyrically, Mariah dips into her back catalog to depths unheard since 2002’s Charmbracelet, and the album’s final stretch devolves into a mess of rehashes: “Languishing” is a lazy rewrite of—take your pick—“Petals,” “Twister,” or “Sunflowers for Alfred Roy,” while the requisite ‘80s cover song, of Foreigner’s “I Want to Know What Love Is,” climaxes prematurely with a cacophony of screaming and gratuitous whistle notes. Cinquemani 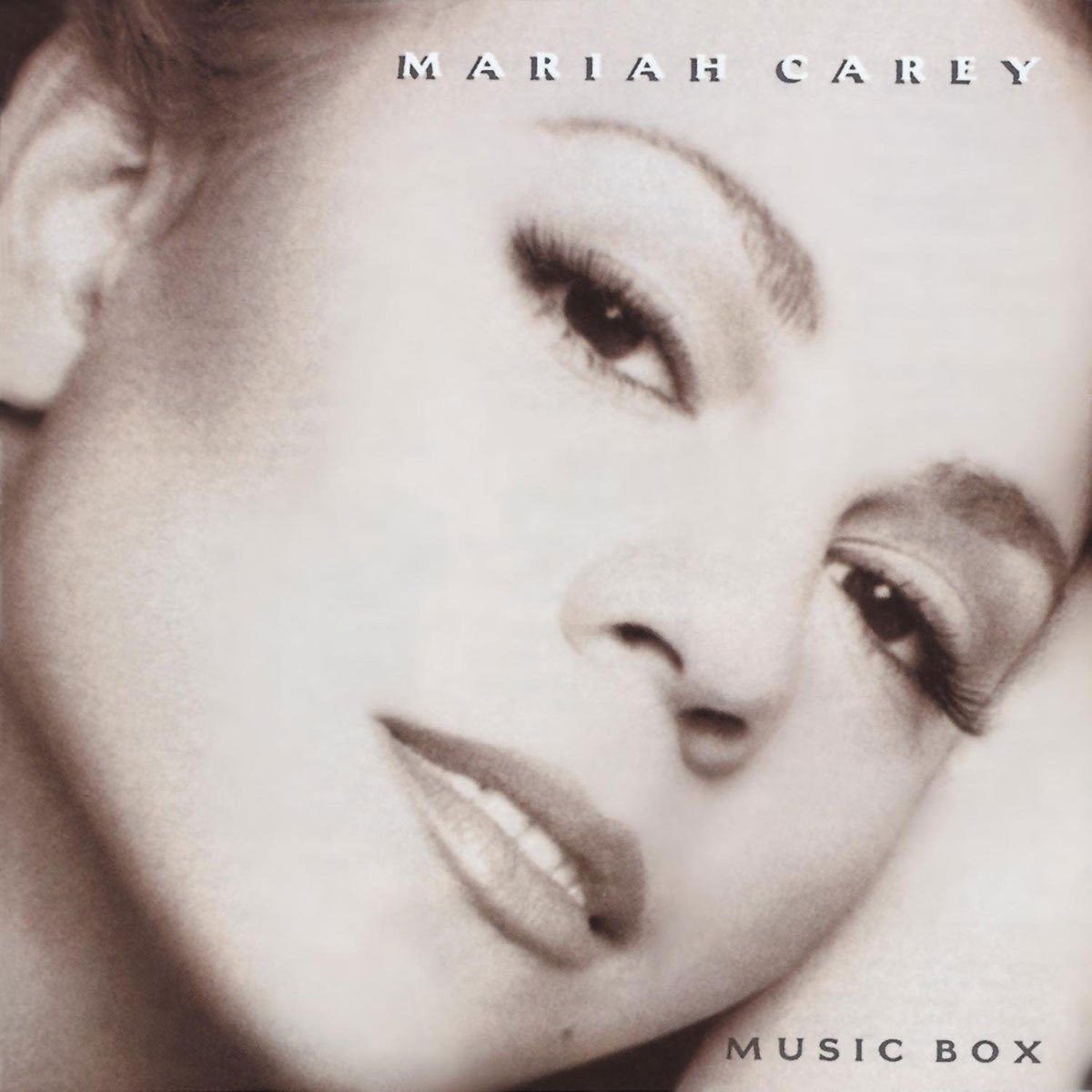 Notable almost exclusively for its hit singles, Music Box is the album that, following the slightly less chart-domineering Emotions, made Mariah a bona fide superstar. One of those singles, “Hero,” was, tellingly, written for another artist before Tommy Mottola insisted she keep it for herself. One of Mariah’s signature ballads, the song trades in generic, often nonsensical platitudes and is surprisingly short on the kind of vocal histrionics that might overly stimulate listeners—the perfect combination for infinite rotation on multiple radio formats. By this point in her career, however, Mariah had devised a strategy to keep her label happy while stealing whatever bits of creative freedom she could. With its drum loop lifted from the Emotions by way of Big Daddy Kane, “Dreamlover” was her first foray into hip-hop (sorry, “Fantasy”), but it was David Morales’s dark, sultry house mix, along with David Cole and Robert Clivilles’s remix for another single, the gospel-infused “Anytime You Need a Friend,” that truly broke new ground for the singer. The album itself, though, is unchallenging and easy to swallow—everything Sony wanted Mariah to be. And 10 million people ate it up like Ovaltine. Cinquemani 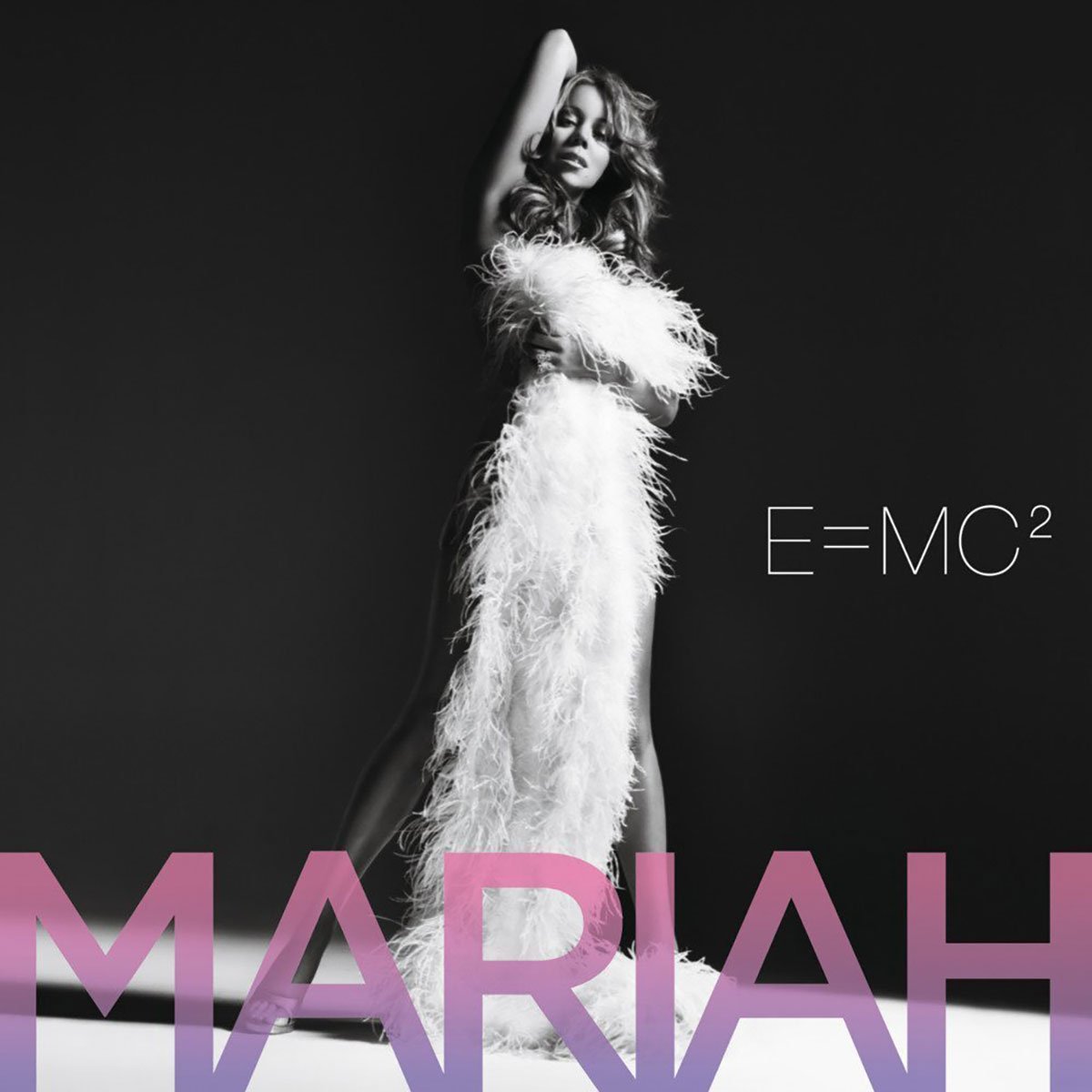 The problem with having a winning formula is that, eventually, it’s going to boil down to just that: a formula. The irresistibly titled E=MC² stands shoulder to shoulder, at least according to my TI-85, with The Emancipation of Mimi in that I honestly prefer Mariah in the loopier, more freewheeling territory of Rainbow and Glitter, but I can’t deny the dogged efficiency in action. Even if I wasn’t exactly sure what the “E” was supposed to mean in the album’s title at first (emotion? Ear-splitting melisma? Surely not energy…oh, it stands for “emancipation,” duh), there’s little doubt that “MC” stands for our own master of ceremonies, and she even threw in a little nod to her own public schizophrenia for good measure. But those who were hoping for reinvention would, in addition to being radically unfamiliar with Mariah’s career trajectory, be dismayed that the “2” also stands for “Mimi, Part 2.” E=MC² doesn’t dawdle long enough for you to ever discern just how overly deliberate it is: It’s an album composed entirely of radio edits. There’s a big mathematical difference between pop instincts and pop manufacturing, and most of E=MC² demonstrates the latter. Henderson 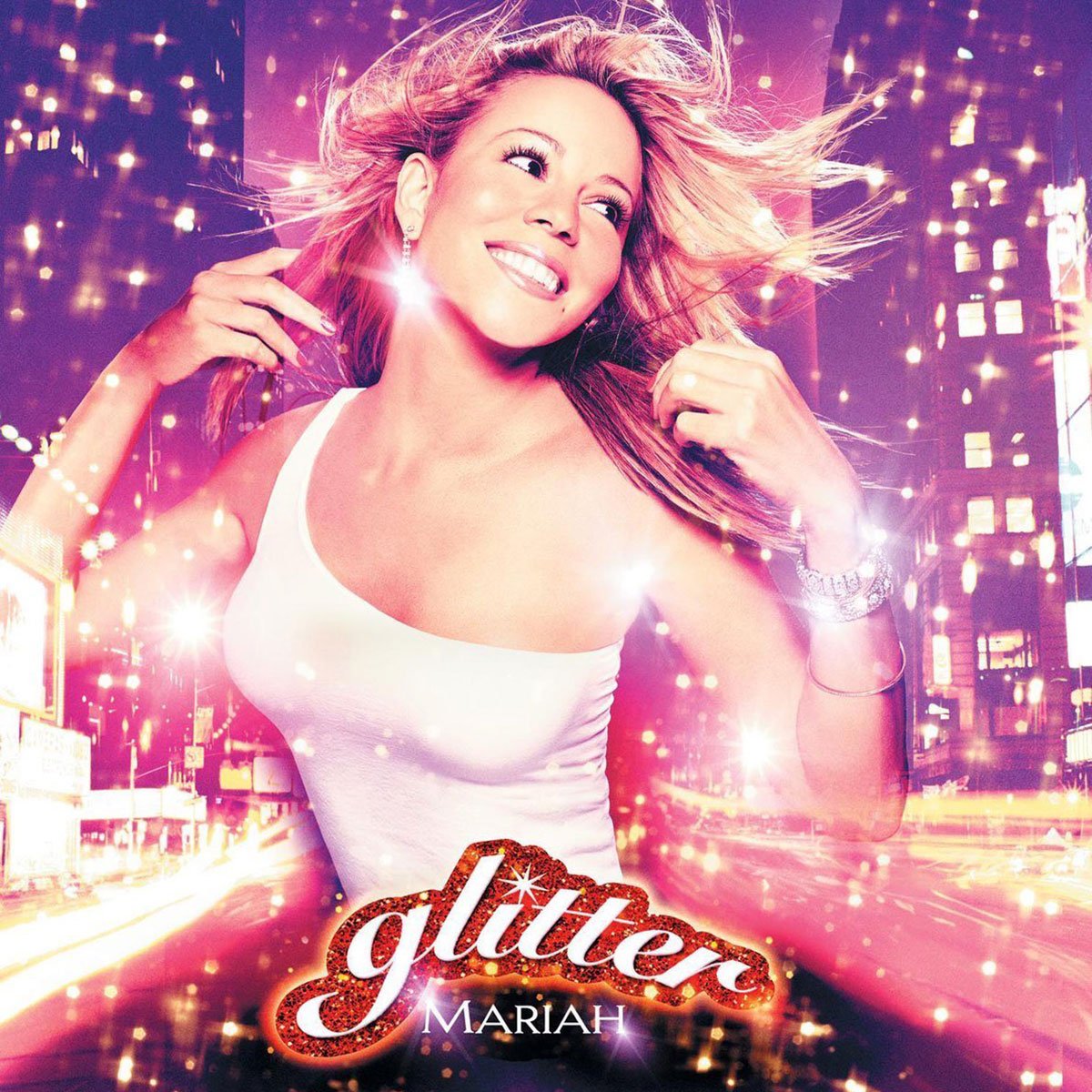 Especially in light of a #JusticeForGlitter Twitter campaign that shot the soundtrack to the top of the iTunes chart 17 years after its release on September 11, 2001, it’s tempting to look back fondly at Glitter as an overlooked gem that simply suffered from a case of bad timing. Indeed, the album is dotted with authentically ‘80s-inspired treasures—the sensual Rick James-penned “All My Life,” the squelchy Eric Benet duet “Want You,” and a beat-for-beat recreation of Cherelle’s “Didn’t Mean to Turn You On” among them. But Glitter is also marred by a series of misguided hip-hop excursions, in which Mariah serves as a mere hook girl, and a bunch of middle-of-the-road ballads that make Music Box’s adult contemporary slush sound radical by comparison. The real injustice of Glitter’s failure is the effective erasure from the singer’s canon of the camp-tastic “Loverboy”—the final piss take in Mariah’s series of sample-driven uptempo singles. Cinquemani 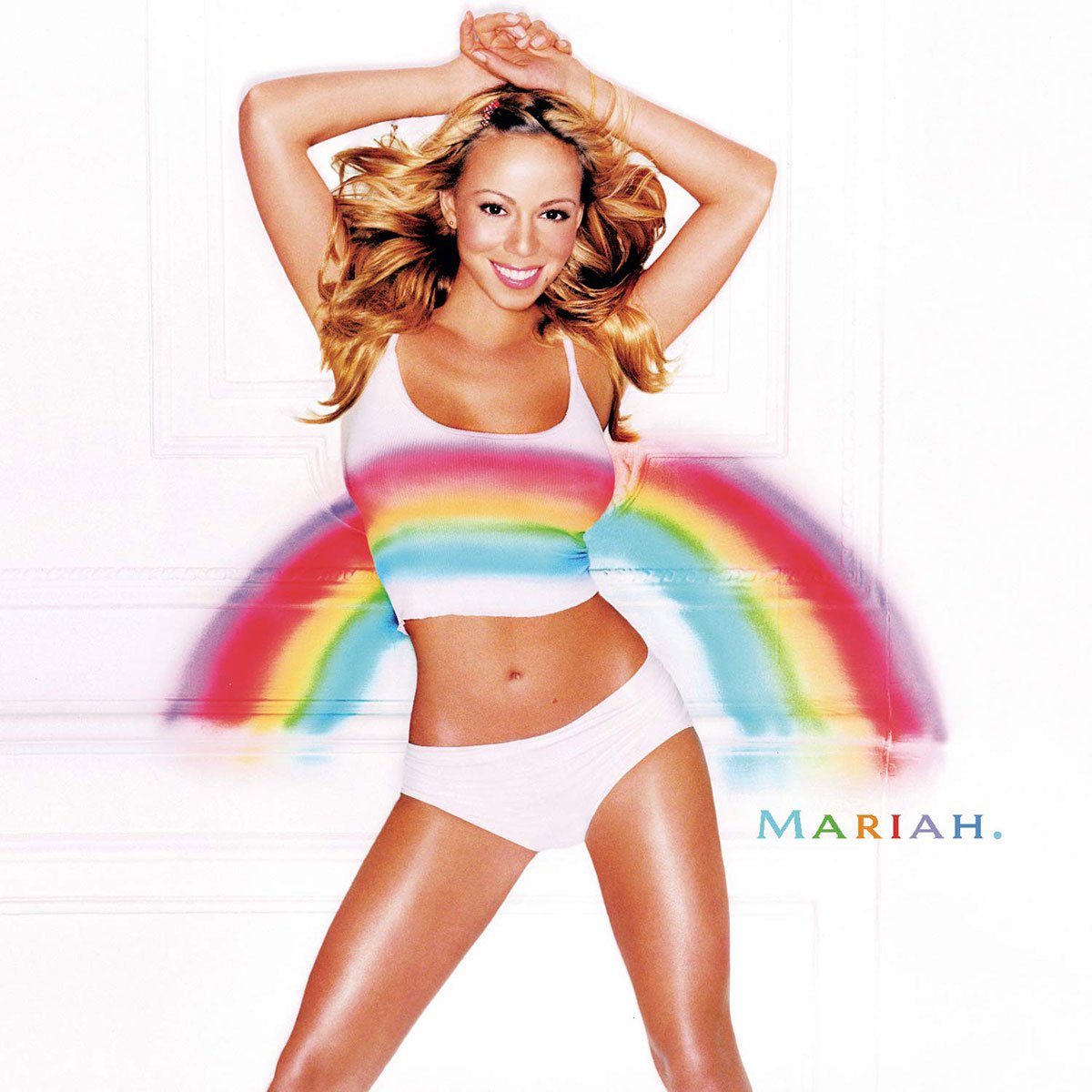 It’s funny to think that, chronologically, only two studio albums separate Mariah’s most lyrically and musically chaste effort, Music Box, with this, her most unbridled album to date. Butterfly gets all the credit for the singer’s personal and sexual liberation, but you won’t find Mariah dog-whistling herself to orgasm for nearly six minutes on that album as she does on “Bliss,” which suggests a cross between “Love to Love You Baby” and Janet Jackson’s “Any Time, Any Place” as sung by Minnie Riperton. There’s a series of inferior rewrites here, including “Heartbreaker,” “After Tonight,” and “Can’t Take That Away (Mariah’s Theme).” But the album also explores new adventures in frivolity, like the trend-chasing “X-Girlfriend” and the catty hip-hop nursery rhyme “Did I Do That?” But it’s “Crybaby,” featuring a tour-de-force vocal performance that finds Mariah exploiting the rough edges of her newly worn voice for the first time, that stands out amid all the slick commercial pop. On an album filled with artifice (just take a look at that cover), she never sounded so real as when she allowed herself to get ugly. Cinquemani

Review: With How I’m Feeling Now, Charli XCX Taps Into Our Collective Nostalgia