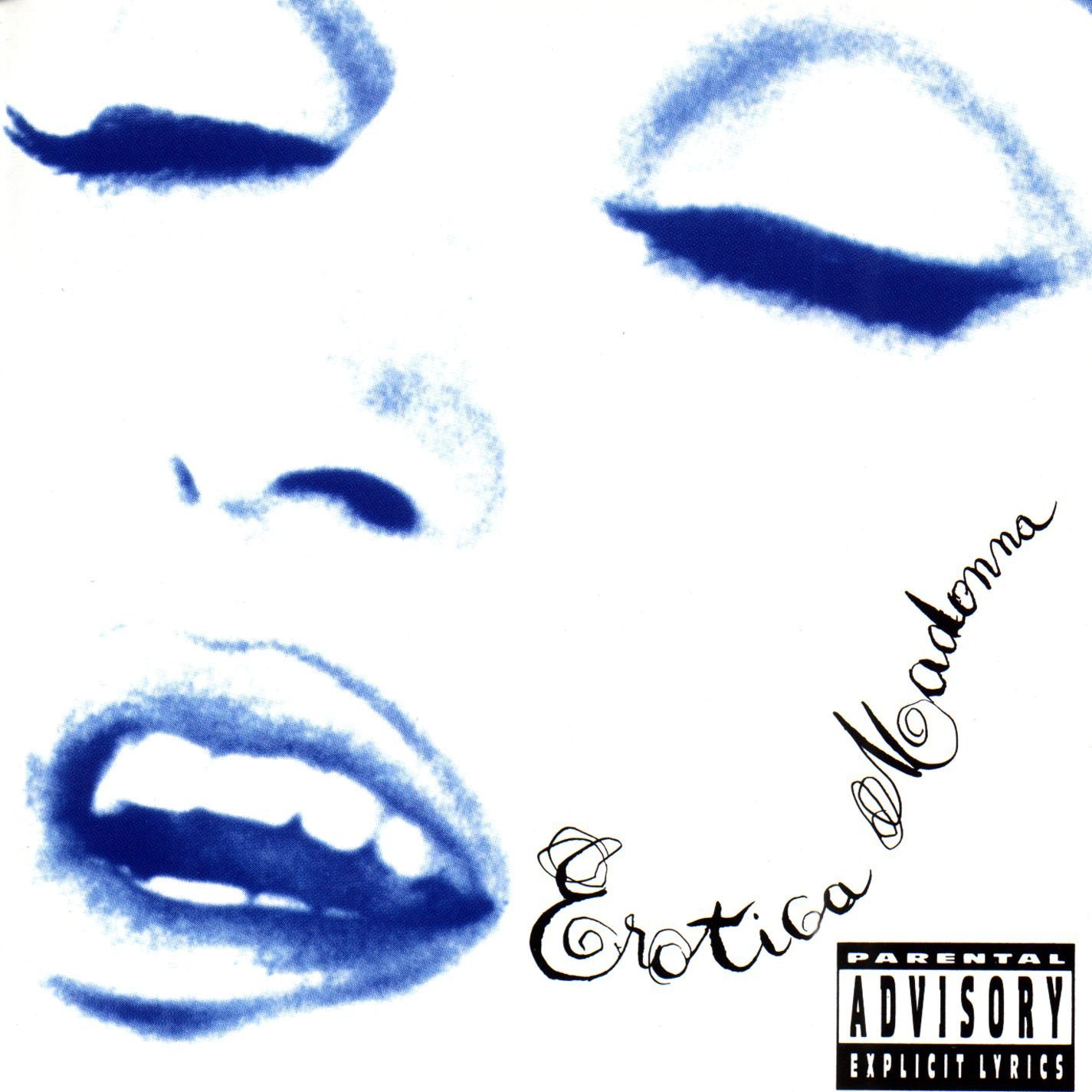 My relationship to Madonna’s Erotica has been an ever-evolving one. Being just 13 years old at the time of its release, I was too young to relate to most of the music’s sexual politics. But I played the album incessantly, maybe because I recognized something innately human beneath its icy surface, and, even if I couldn’t articulate it, there was an honest rage behind Madonna’s rebellious public persona: Erotica and its accompanying Sex book seemed to be a part of the most audacious public temper tantrum I’d ever seen. At the very least, I knew a good flamenco guitar solo when I heard one.

It wasn’t until years later, as an adult, that I started to grasp the socio-sexual commentary implicit in the album’s songs, and then only recently that I started to discover some of the more subversive, fringe ideas emerging in my own private life. The emotional states that lie beneath certain aspects of sexuality are universal—even if handcuffs and harnesses are not.

Deeply flawed, hugely under-appreciated, and pounded into submission by the hype and controversy surrounding Sex, Erotica is the album MTV’s Kurt Loder likened to an iceberg. Madonna, under the guise of her then-muse, ‘30s actress Dita Parlo, presides over the proceedings with whip in hand and tongue planted firmly in cheek. If Madonna’s image seemed aggressive up until this point, her music was warm, inviting, and accessible (it was pop by definition—hell, she practically defined pop music in the ‘80s), which made her next-generation version of feminism a lot easier to swallow—or, to some, tolerable—in the era of AIDS and Reagan. By 1992, Madonna was an icon—untouchable, literally and figuratively—and Erotica was the first time the artist’s music took on a decidedly combative, even threatening tone, and most people didn’t want to hear it.

Of all Madonna’s musical output, Erotica most resembled her acting: stiff, aloof, and seemingly contrived. Ironically, this came at a time when her films (Dick Tracy, Truth or Dare, A League of Their Own) were actually making money for the first time since Desperately Seeking Susan. Madonna’s characters in films like Body of Evidence and Dangerous Game, both released on the steel-toed heels of Erotica, were far cries from the defiant but likable Susan, and though Erotica was a full-on dance album, Madonna seemed more interested in getting off than getting into the groove. Emphasis should be placed on seemed since few of the songs on the album are actually about sex. The ballads are all direct results of sex—the promiscuity hymn “Bad Girl,” the AIDS dirge “In This Life”—but most of the album is about romance and the loss of it.

That is, especially the loss of it. “This is not a love song,” Madonna insists at the start of “Bye Bye Baby,” but that’s wishful thinking: One particularly vengeful line from the song, “I’d like to hurt you,” takes on new meaning following her admission on the title track that “I only hurt the ones I love.” The filter on her voice gives the effect of an answering machine message, the bleep that censors her final barb (“You fucked it up”) doubling as the machine’s end-of-message beep.

A few tracks later, “Waiting,” a veritable sequel to the steely, in-your-face spoken-word of “Justify My Love,” addresses rejection and unrequited love in a more brutally honest fashion: “Don’t go breaking my heart like you said you would,” she sings despondently yet sincerely. Here’s a woman who entered into a relationship after the man she loves told her he wouldn’t be able to love her back. And yet she still took the risk, which is exactly what Erotica is about. Forget the whips and chains of the brilliant, otherworldly ode to S&M that is “Erotica”; “Waiting” is the ultimate masochism, one that’s entered into with full knowledge of what the emotional consequences will be. The very first lyric, “Well, I know from experience that if you have to ask for something more than once or twice, it wasn’t yours in the first place,” which she utters with the same amount of interest a star of her stature might apply to buying a new pair of shoes, also happens to be one of the best opening lines to a pop song since “I guess I should have known by the way you parked your car sideways that it wouldn’t last.”

Speaking of little red corvettes, Madonna waxes erotic on the perks and pleasures of oral sex on “Where Life Begins,” the album’s most overtly sexual track but also the only one to reference safe sex: “I’m glad you brought your raincoat/I think it’s beginning to rain.” Both “Where Life Begins” and “Waiting,” which draw heavily from Motown, were produced by Andre Betts, who cut his teeth as associate producer of “Justify My Love.” But Erotica’s chief producer was Shep Pettibone, who remixed Madonna’s singles for half a decade before graduating to studio collaborator with the seminal dance hit “Vogue” in 1990. “Deeper and Deeper,” with its juxtaposition of swirling disco synths, of-the-moment Philly house beats, and the aforementioned flamenco guitar (insisted on by Madonna, according to Pettibone, who objected), is both a product of its time and a timeless Madge classic. (The track even borrows a lyric from “Vogue,” as if she’d come anywhere close to running out of ideas by 1992.)

Madonna’s rarely acknowledged harmonies glide atop the frosty beats, thunder-claps of percussion, and skyward drone of the sonorous “Rain,” while her speaking voice cuts through the inventive but busy beats of “Words” even as her singing is subsumed. Madonna could have more successfully achieved the gritty, raw sound she wanted had she completely handed the reins over to Betts; time hasn’t been kind to Pettibone’s often-suffocating productions, while Betts’s jazzy piano parts and hip-hop beats still sound fresh.

Regardless of the producer, however, Erotica is sonically seamless, and almost every song is about a minute too long—an orgy that seemingly never ends. And then there’s “Did You Do It?,” which, aside from the supremely over-the-top but ridiculously fun “Thief of Hearts,” is the pockmark on Madonna’s otherwise flawless, 35-year-old posterior. It’s the houseguest who stayed the night and who looks much less desirable in the light of day. She could burn her sheets and sanitize the bedroom, she could write it out of her memory, issuing a “clean” version of the whole story without a parental advisory sticker—and she did, because Madonna wanting to get her pussy eaten isn’t as offensive as a rapper talking about actually having done it. But the stink remains anyway. “Did you do it?” She knows she did, but she really just wants to get wifed and have a baby, feminism be damned.

Which brings us to, perhaps, Erotica’s most personal, revealing moment, the unexpected jazz-house closer “Secret Garden,” another Betts production. Most critics and fans are split between two camps: those who think Like a Prayer is Madonna’s greatest album and those who believe Ray of Light is. (I happen to belong to the former.) And then there are those who claim Erotica is her best effort. Had Betts produced more tracks like “Secret Garden,” it may very well have been. Way ahead of its time, the track sets Madonna’s yen for a child to shuffling drum n’ bass, atmospheric synths, and a distant saxophone beckoning like an alley cat. Ever the control freak, and with motherhood still a few years away, she tries to dismiss her ticking biological desire: “I just wish I knew the color of my hair.” It’s unexpectedly the album’s sexiest song.

Erotica’s irrefutable unsexiness probably says more about the sex=death mentality of the early ‘90s than any other musical document of its time. This is not Madonna at her creative zenith. This is Madonna at her most important, at her most relevant. Pettibone’s beats might be time-stamped with the sound of a genre that ruled a decade of one-hitters before being replaced by commercialized hip-hop, and Madonna’s voice might sound nasal and remote, but no one else in the mainstream at that time dared to talk about sex, love, and death with such frankness and fearlessness, and, intentional or not (probably not), the fact that she sounds like she has a cold only adds to the claustrophobic stuffiness of the record. The drums of “In This Life” tick away like Stephen Hawking’s Doomsday Clock, which, coupled with tension-building keyboard intervals inspired by Gershwin’s blues lullaby “Prelude No. 2,” creates a sense of dis-ease rarely found in a pop ballad.

Whatever words one chooses to label the album with—cold, artificial, self-absorbed, anonymous—Madonna embraces those qualities and makes it part of the message. “Why’s it so hard to love one another?” she asks on the reggae-hued “Why’s It So Hard?,” knowing the answer lies within the dark fact that a society that won’t even allow two people to love each other freely can’t possibly be expected to love and care for perfect strangers unconditionally. Sexually liberated, for sure, but Madonna is a liberal in every other sense of the word too, and you didn’t have to hear her shout, “Vote for Clinton!” as she was being whisked past the cameras at the album release party to know that. It could be argued that Madonna lost her rebel relevance right around the time Reagan’s regime ended; the waning of her popularity certainly coincided with the arrival of Bill Clinton’s “Don’t Ask, Don’t Tell” policy. But looking back from the vantage point of an administration far more sinister than Reagan’s, it’s clear that Madonna, her messages, and her music are more relevant now than ever.