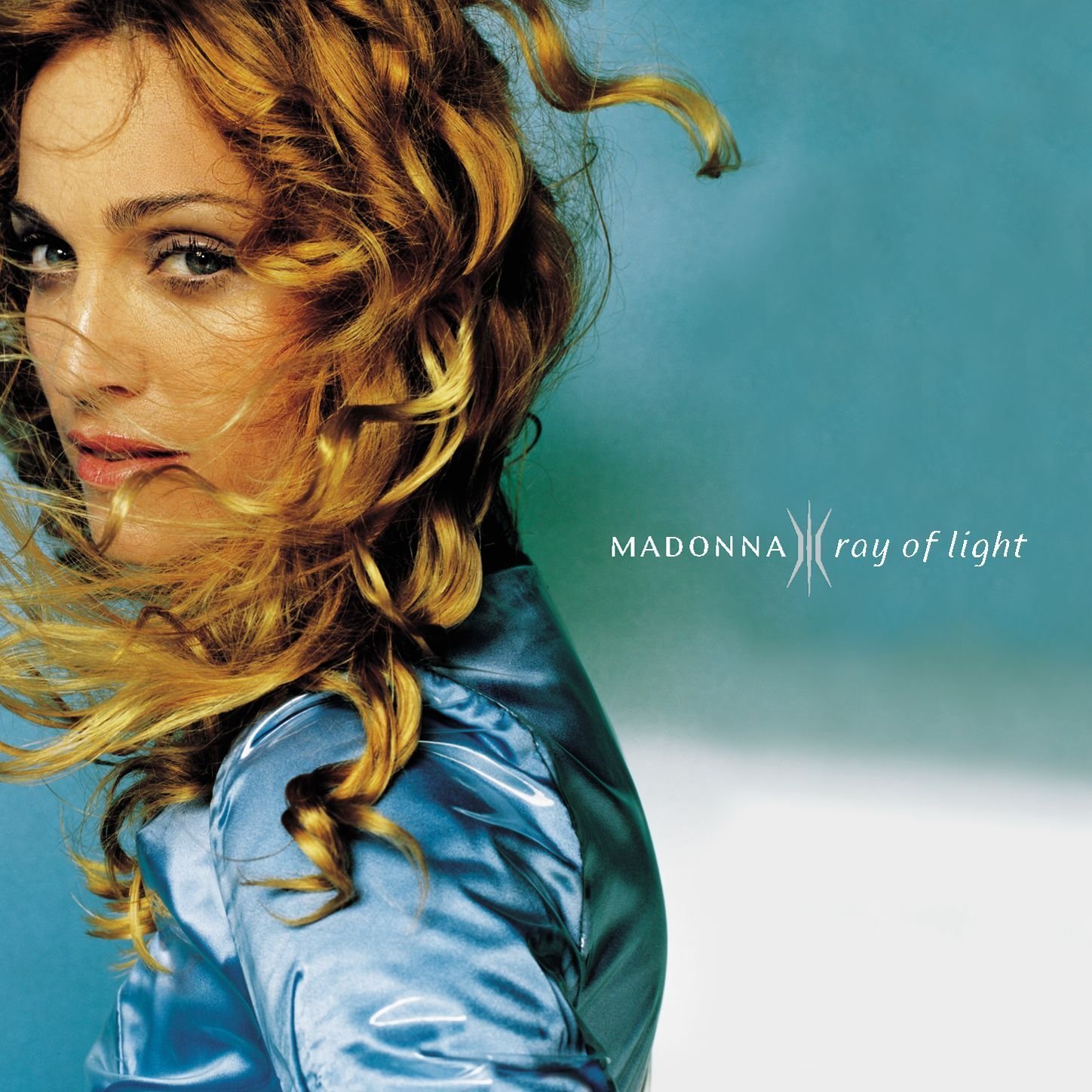 Madonna’s Ray of Light marked the singer’s return to pop music after a four-year detour that took her from Argentina to motherhood to spiritual reawakening. After reuniting with longtime songwriting partner Patrick Leonard—who played a key role in many of Madonna’s biggest hits in the 1980s and whose contributions to this, her eighth album, are often overlooked—Madonna called on U.K. electronica whiz William Orbit to assemble a batch of songs that nimbly married electronic music with pop.

With “Frozen,” the album’s first single, Madonna, Leonard, and Orbit crafted a pop masterpiece on the level of “Like a Prayer.” The lyrics are uncomplicated but the statement is profound in its clarity: “You only see what your eyes want to see.” Madonna and Leonard’s bewitching melody and cinematic string arrangement is pumped up by Orbit’s expressive drum fills and pulsating electronic effects. Tracks like the frenetic “Skin” and “Shanti/Ashtangi,” a Yoga techno prayer only Madonna could pull off, are similarly lacquered with a bubbly electronic sheen.

For all the studio gimmicks, however, live guitars and percussion play a prominent role throughout. Orbit’s cycles of analog synths and electric guitar licks perfectly supplement the elasticity of Madonna’s then-newly-trained vocal cords. The title track finds the singer in a celebratory tech-frenzy. Whether it was an epiphany of the spiritual or sonic kind (Ray of Light marked a dance-rooted homecoming for the pop star), her elation was unmistakable: “Quicker than a ray of light, I’m flying…And I feel like I just got home!”

Though she’s made an entire career out of revealing herself, Madonna hadn’t been this emotionally candid since Like a Prayer. Layered with vocal samples and buoyant drum n’ bass beats, “Drowned World,” the title of which was inspired by J. G. Ballard’s apocalyptic novel of the same name, sums up much of Madonna’s personal tribulations with fame: “I got exactly what I asked for/Running, rushing back for more…And now I find, I’ve changed my mind.” “Mer Girl,” the album’s final track, is a surreal meditation on mortality and the death of the newly dubbed Ethereal Girl’s mother: “The earth took me in her arms/Leaves covered my face/Ants marched across my back.” Ray of Light was a rebirth, the sound of a queen, sitting on her throne, taking inventory of her icy, empty fortress—and not liking what she saw one bit.