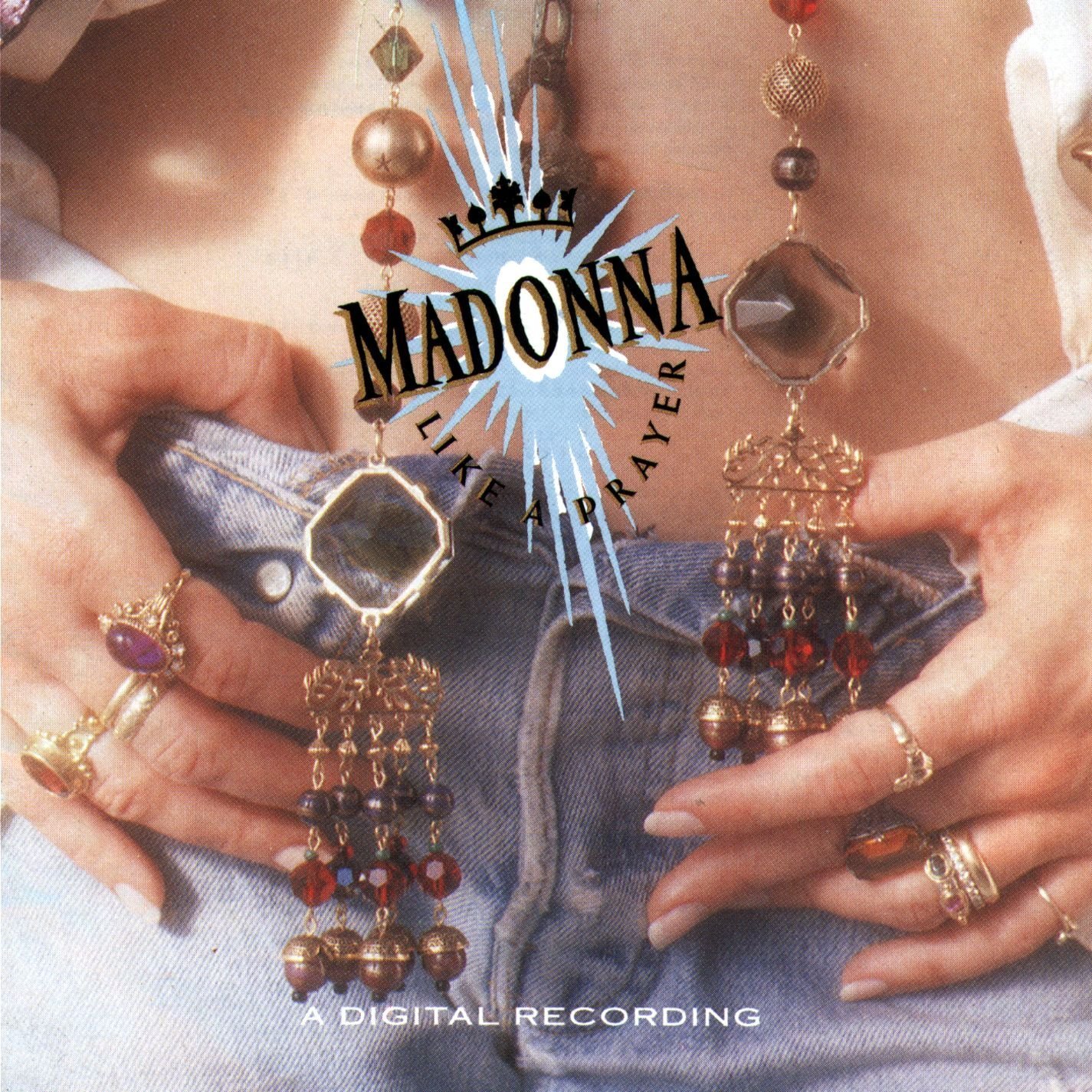 Madonna’s fourth studio album, Like a Prayer, found the singer coming of age with a collection of pop confections layered with live instrumentation, sophisticated arrangements, deeply felt lyrics, and a stronger, more assured vocal. The album begins with a clamoring guitar riff (reportedly performed by Prince) that erupts and ebbs to the first chords of the title track, a church organ quietly setting the stage for the song’s dramatic crescendo featuring the Andrae Crouch Choir and Madonna’s longtime back-up singer Niki Haris. Like most of the songs on the album, the track’s glossy production gives way to a power beyond studio sonics, and if Like a Prayer’s “church-like” reverence feels like a religious experience, it’s no mere coincidence.

While Madonna may have seemed to be an of-the-moment pop tart through most of the ‘80s, Like a Prayer found her paying homage to some of her early musical influences: the Beatles (on the kaleidoscopic, Sgt. Pepper-esque “Dear Jessie”), Simon & Garfunkel (the haunting “Oh Father,” with its modulated hook and overdubbed harmonies), and Sly & the Family Stone (“Keep It Together,” which evokes “Family Affair” without the predictable use of samples or artless imitation). Another Sly Stone-inspired tune, “Express Yourself,” turned Madonna’s “Material Girl” image on its head, denouncing material things for a little r-e-s-p-e-c-t. The track is easily the most soulful performance of Madonna’s career.

Like a Prayer also found the Queen of Pop at her most emotionally bare. The autobiographical “Till Death Do Us Part” addressed Madonna’s tumultuous marriage to Sean Penn, delivering punch (“You’re not in love with someone else/You don’t even love yourself”) after punch (“He starts the fight, she starts the lie/But what is truth when something dies?”). The heart-wrenching piano ballad “Promise to Try” touched on the death of her mother, and the powerful “Spanish Eyes” seemingly and elegantly conflated the then-taboo issue of AIDS with war. While Madonna’s vocal is far from perfect, and occasionally even strained, on these songs (she would go on to fine-tune her voice for Evita and, subsequently, Ray of Light), that rawness is in service of her emotional candor.

Of course, Madonna can never do anything without tongue planted firmly in cheek. When she reaches the gates of heaven on the closing track, “Act of Contrition,” the woman who was named after the virgin mother of Christ is shocked to find that her reservation has been deleted from the host’s computer. By this time, Madonna had become a savvy songwriter, constructing lyrics in layers so that each song could be accessible on multiple levels, which, in many ways, was a product of her ambition to appeal to as many people as possible.

In the grand pop scheme, songs like the radiant “Cherish,” which invokes the sunshine pop of the ‘60s, and “Love Song,” an unusual and unconventional duet with Prince, pale only in comparison to their glorious counterparts, making Like a Prayer one of the quintessential pop albums of all time.

Review: The Cranberries, Everybody Else Is Doing It, So Why Can’t We?