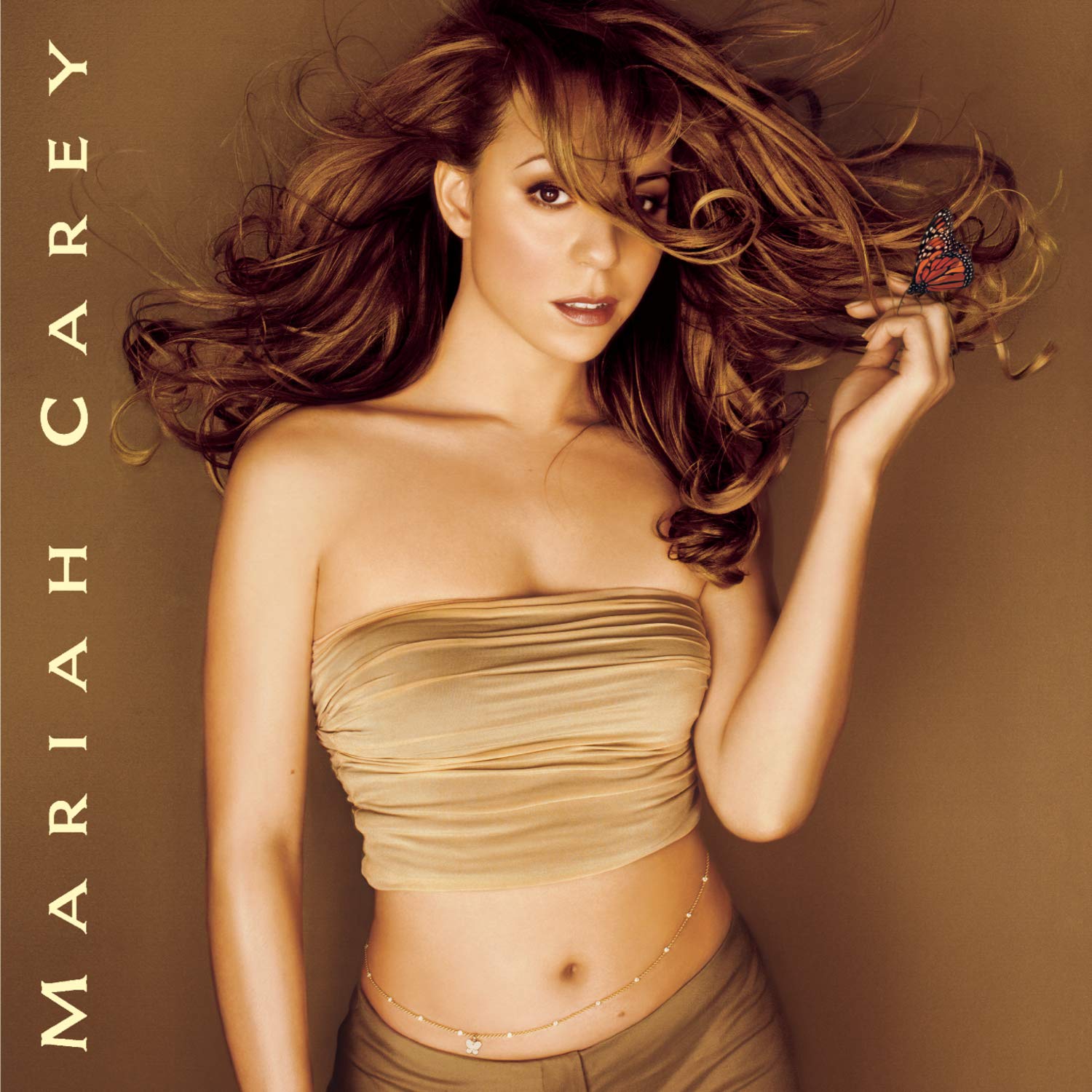 With her hypersonic wail, dewy-eyed platitudes, and accompanying interpretive gestures, Mariah Carey was always a bit camp. But before 1997’s Butterfly, we had no idea how fucking weird the woman was. Her sixth studio album came on the heels of her split from Tommy Mottola, who, to hear her tell it, shoved Mariah the b-girl and her music into the gray area that made her such a huge commercial success. The first seven years of Carey’s pop reign ingeniously and maniacally avoided commitment to one musical format, the philosophical and commercial epitome of the blurred soul that owned the first half—or make that all—of the 1990s.

And blurry is how Carey appeared, at least early on, when what was most apparent about the woman’s psyche was her work ethic (she averaged almost an album a year during the first half of the decade—an amazing feat compared to her diva counterparts). Mariah the workhorse, per the liner notes of her albums, was co-producing and co-writing most of her material. Maybe in a bid to be as inoffensive (hence, appealing) as possible, she sang little about the specifics of being herself and only occasionally let on about her supposed first love, R&B.

Her 1995 album Daydream, though, could have been called Caterpillar, what with its pronounced sampling and beats that actually bounced. But it came with a catch: Carey’s over-emoting, her uncompromising voice that announced her music as primarily vocal and not the same equal-opportunity mesh of words and sounds that defines hip-hop-soul (looking at you and blowing kisses, Mary J.). But for someone whose mouth was always gaping, Carey was surprisingly tight-lipped, even when signing off Daydream with her version of a “fuck you” to the haters: “They’ll never know the real me.”

Oh, but we’d get to see a whole lot more of Carey on Butterfly (the cleavage! The bellybutton!), an album obsessed with the notion of identity and carving one out for its central character. We’re greeted by Mariah the burgeoning hoochie moaning, “Oh, oh,” as the album begins. Via “Honey,” Butterfly immediately presents itself as an awakening, both sensually (witness the elusive, cummy imagery: “And it’s just like honey/When your love comes over me/Oh, baby, I’ve got a dependency/Always strung out for another taste of your honey”) and musically (Sean then-“Puffy” Combs bases the track around samples of Treacherous 3’s “The Body Rock” and World Famous Supreme Team’s “Hey DJ,” while Q-Tip programs the spunky beats).

Carey and her producers had sampled liberally before: 1993’s “Dreamlover” incorporated the Emotions’s “Blind Alley” as sweetly as possible, while Daydream’s “Fantasy” unabashedly replicated Tom Tom Club’s “Genius of Love.” Though the Bad Boy (and best) version of “Fantasy” featured the late Ol’ Dirty Bastard, there was no mistaking the song for mom-friendly pop, thanks to Carey’s over-the-top belting (Combs wisely did away with the album version’s screechy chorus and replaced it with a melodic hook from “Genius of Love”). “Honey” finds Carey cum-hungry (or something) in virgin territory, playing it cool (or as cool as she can) for the kids and not worrying about what moms might think.

But not for long. The title track re-teams Mariah the injured with partner-in-schlock Walter Afanasieff, the man responsible for co-writing and co-producing much of her pre-Butterfly output—not to mention over half of Butterfly itself. The agonizingly slow title track, with its predictably soaring chorus and if-it-comes-back-it-was-meant-to-be message, might have been ignorable tripe. Here, it’s a show for the peeping. Echoes of her newly failed relationship with Mottola bounce off the gospelly song’s cheap stained glass and then garble so that it sounds like some insane document of Stockholm syndrome. “Blindly I imagined I could/Keep you under glass,” coos Carey, but surrounded is exactly how she felt by Mottola’s iron fist (she has referred to the Bedford, New York mansion they shared as “Sing Sing” because that’s what she did there and prison is how it felt). She even goes beyond empathy; it’s as though Carey’s singing what her own self-professed eighth-grader spirit wants to hear: “Spread your wings and prepare to fly/For you have become a butterfly/Fly abandonedly into the sun.”

It isn’t just subject matter that elevates “Butterfly” above Carey’s usual melodrama. Carey’s vocal delivery and her willingness to experiment with it helped define the album, so it’s only appropriate that its title track is the first of many to showcase Carey’s much-debated “whisper voice.” The relatively high and thin register that she sings in when not belting (and that’s often) is sometimes cited as a sign of a waning vocal prowess. But it could be the most important of Butterfly’s changes, as it marks the first time that Mariah the vocalist seems consistently real. She’s not a robo-diva and she isn’t even on autopilot. She’s utterly soulful. We often think of guttural growling and belted vocal runs as the height of soulfulness—thanks, no doubt, to gospel’s values, which gave us the notion of soul in the first place—but when Carey sounds almost hoarse and entirely heady, she’s just about tangible.

“Honey” and “Butterfly” together exemplify the abrupt gear shifting that appreciating Mariah the artist requires. Butterfly’s pop brilliance doesn’t always come easy, where detecting it depends on the audience’s newfound ability to apply Carey’s pop life to her pop music (the divorce shaded her in and put some real-life behind her on-record misery). Like very good camp, Butterfly requires work. Russ Meyer knew and Paul Verhoeven sometimes remembers that the most enthralling camp is that which doesn’t always announce itself as such (ahem, John Waters), but which alternately winks knowingly and blinks blindly at the consumers, awarding them the decision of what’s good, what’s bad, and what’s so-bad-it’s-good. Though Butterfly does a lot more blinking, there’s a similar mechanism at work that’s actually inherent to all of Carey’s music, since all unbearable sappiness, to varying degrees, counteracts with her extremely listenable, extraordinary voice. Butterfly heightens the effect as Carey swings wildly between emotional extremes (cool and, to use one of a few 10-cent words Carey drops throughout the album, fervid), between mushy subject matter and specificity. Carey’s means may not be as astute as those of Meyer and Verhoeven, but her end has the head-spinning effect that the aforementioned auteurs ideally achieve: entertainment by any means necessary.

Butterfly is too eager to please for it to merely settle into guilty pleasuredom. Yes, it’s incredibly slow and the flutter turns to a crawl during the album’s final third, which becomes audacious with a how-slow-can-you-go cover of Prince’s “The Beautiful Ones” with Dru Hill. But a moderate pace more often suits Carey, who’s less prone to running (thematically and vocally) to the bigger picture during Butterfly’s wonderful middle. Little more than yearning, kissing, and remembering happens during the course of “The Roof,” a rough-enough R&B revision of Mobb Deep’s “The Shook Ones.” But lyrically, Mariah the writer is vivid, sometimes shockingly clever (rhyming “liberated” with “Moet” is a stroke of genius).

Butterfly peaks exactly where it should, with its sixth track, “Breakdown.” It’s the song of Carey’s career, where the lyrical strokes are as broad and obvious as they are naked. The song’s central question, “So what do you do when/Somebody you’re so devoted to/Suddenly just stops loving you?” is so naïve and bare, it’s almost as devastating as a child asking hard questions about death. The song finds Carey paired with half of Bone Thugs-N-Harmony, Krayzie Bone and Wish Bone. Mariah the chanter flawlessly adapts to their singsong style, largely boxing her multi-octave range into a sly, hypnotic melody so that when she really wails at the end, you really feel it. As with “The Roof,” Carey lunges toward musical maturity by embracing, not shunning hip-hop. This is the height of her elegance—and maybe hip-hop-soul’s too.

The comedown after “Breakdown,” and the last in the album’s mid-game rally, is “Babydoll,” Carey’s sole stab at Timbaland-styled skitter balladry to date. No longer able to seem nonchalant about the breakup that surfaces repeatedly throughout the album, Carey wants to be smothered once again: “Wrap me up nice and tight/Love me all through the night.” And here Mariah the confessor explicitly reveals what post-“Honey” Butterfly lacks: “I wanna get intimate/But you’re not within my reach.”

A quiet storm album without the fucking, Butterfly is, above everything, idiosyncratic. Here, like never before, we’re asked to take Carey for what she is: unabashedly chaste but ultra femme, unrelentingly precious but undeniably vulnerable. It’s this perceived waffling that makes Carey such a divisive pop artist; certainly the girliness doesn’t help either, since femmephobia is perhaps the status quo’s least-questioned fear. And it’s Mariah the inconsistent that makes Butterfly so ultimately fascinating and endearing.

Viewing her character from a completely different angle on the album’s weepy last track, “Outside,” Carey observes that she’s “always somewhat out of place everywhere/Ambiguous/Without a sense of belonging to touch/Somewhere halfway/Feeling there’s no one completely the same.” Whether she’s talking about her mixed-race heritage, her career, or both, it’s the old Carey one-two, a seemingly unhappy ending fueled by the know-thyself philosophy that otherwise makes Butterfly joyous. As Carey’s most bizarre moment of self-celebration, it’s also a triumph, since it could only make sense coming from Mariah the person. 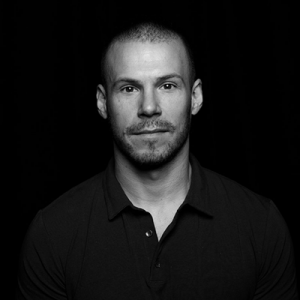 Rich Juzwiak is a senior writer for Jezebel. He has written for the New York Times, the Washington Post, Gawker, and previously gave advice in the web series Pot Psychology.