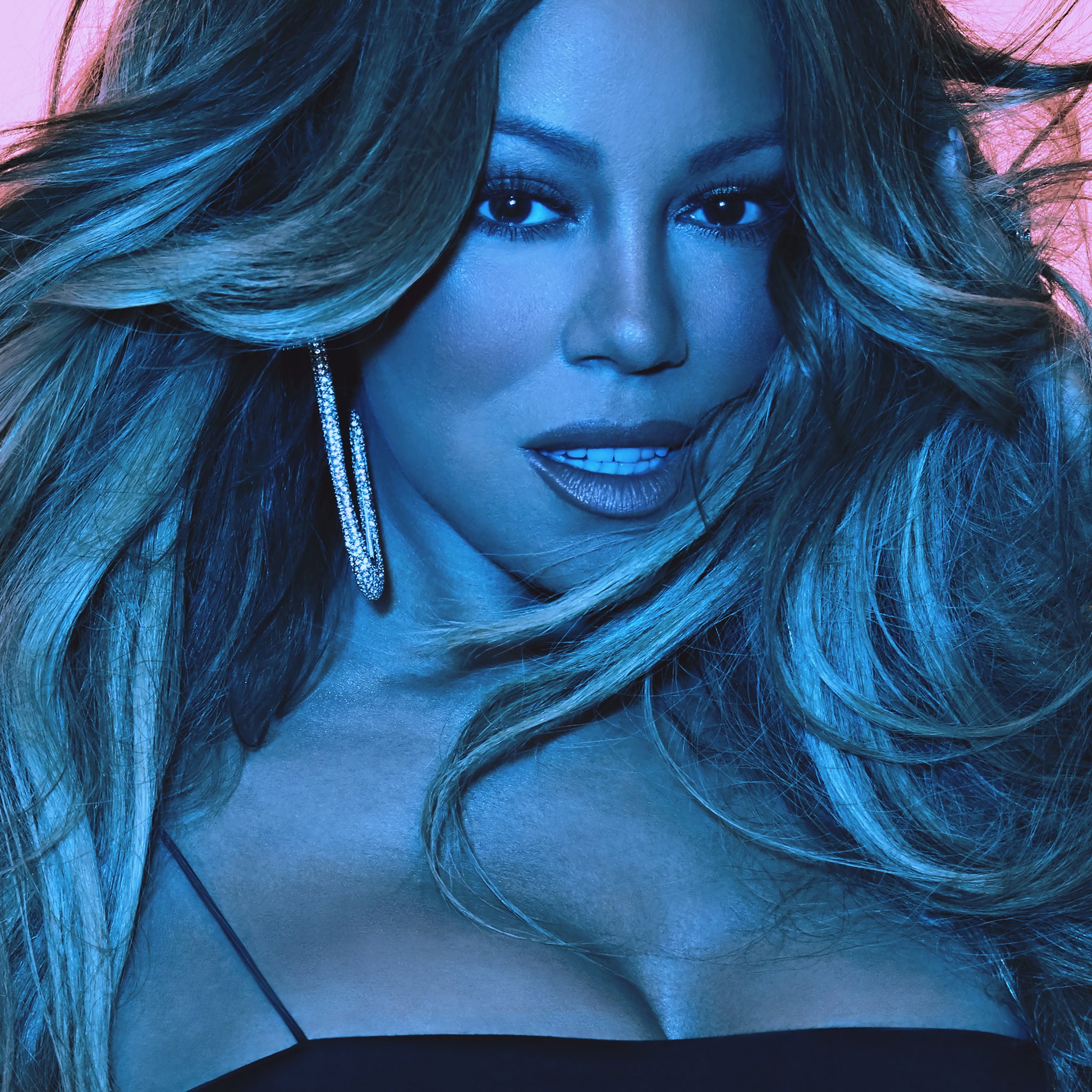 Pure camp derives largely from its creator’s inability to discern between the good, the bad, and the so bad it’s good. Where Mariah Carey fits on that spectrum has always been so hard to pin down because she seems at once oblivious to reality and knowingly defiant of her place in it. Like Michael Jackson before her, Mariah appears increasingly intent on perpetuating the perception of herself as an artist in arrested development, often uncomfortably juxtaposing that notion with hypersexual imagery and a mercurial sense of self-awareness. This cognitive dissonance has made her simultaneously fascinating and frustrating for both those who enjoy her talents superficially and those who deign to dig deeper.

Mariah’s 13th studio album, Caution, finds the singer fully and unapologetically embracing those contradictions. She’s flashed glimpses of eccentricity in her work as far back as 1997’s Butterfly, but the deployment of slang, acronyms, and even hashtags in her lyrics and song titles has only intensified in recent years. Which would seem like a transparent attempt at maintaining relevance if not for the fact that it all rolls off her tongue with the same ease as the multisyllabic 10-dollar words and third-person singular peppered throughout songs like “One Mo’ Gen” and “8th Grade.”

“Maybe the lyrics are too heavy,” Mariah muses on the latter track. She’s described the album’s opening song, “GTFO,” as “light-hearted,” and indeed, it bumps along dreamily to a sleek sample of Porter Robinson’s EDM track “Goodbye to a World.” Hidden beneath Mariah’s nonchalant delivery and kitschy patois, however, belies a heaviness that’s perhaps informed by the song’s apocalyptic source material: “You left me lost and disenchanted/Bulldozed my heart as if you planned it,” she laments before downing an entire bottle of California red.

This isn’t the first time that Mariah has drowned her sorrows in song, but an undercurrent of sadness is apparent even when she’s supposedly keeping things buoyant. She’s “haunted” and “desensitized” on the album’s closing track, “Portrait,” a confessional that plays like a sequel to Butterfly’s “Close My Eyes,” though it lacks the sophistication of that ballad or past album closers like Daydream’s “Looking In.” Her belting toward the end of the song likewise lacks the clarity and tone of her peak vocals, though she ad-libs in full voice like it’s 1997 on the otherwise unassuming title track.

As Mariah’s gymnastic vocal ability began to wane in the late ‘90s, it was replaced with an equally notable skill: aerobic lyrical phrasing. Mariah has developed a rapper’s ear for both rhythm and message, and rapid-fire references—Marilyn Monroe, Edward Scissorhands, even her lawyer—pile up by the end of each verse of songs like “A No No.” Her words similarly bleed into a heady blur on “One Mo’ Gen”: “I’m gon’ need a ride home now sooner or later/Must I reiterate, can we pick up the pace?”

Backed by a rubbery beat that takes its sweet time stretching out, the aptly titled “The Distance” boasts a hook that perfectly calibrates Mariah’s penchant for both belting and breathy under-performance. The album’s pièce de résistance, however, is “Giving Me Life,” a smoldering six-minute slow jam that successfully recaptures the erotic tension of Mariah’s 1997 single “The Roof.” Produced by Dev Hynes, the track matches the singer’s sultry lower register with a snaky electric guitar riff, a mono synth line inspired by Kool & the Gang’s classic “Summer Madness,” and—because why not?—a sample from the 1983 Dan Aykroyd and Eddie Murphy film Trading Places.

At a mere 10 tracks, Caution is Mariah’s leanest album in 25 years. With the exception of the formulaic “With You,” which sounds like an outtake from E=MC2, the R&B and adult contemporary-style ballads that launched (and re-launched) her career have been largely replaced here by textured, midtempo grooves. Caution feels like the album Mariah has wanted to make all along: one that throws caution to the wind and sees her embracing her inner weirdo. And, ironically, it took her ending up back at Sony Music to do it.

Review: The Smashing Pumpkins, Shiny and Oh So Bright, Vol. 1/LP: No Past. No Future. No Sun.