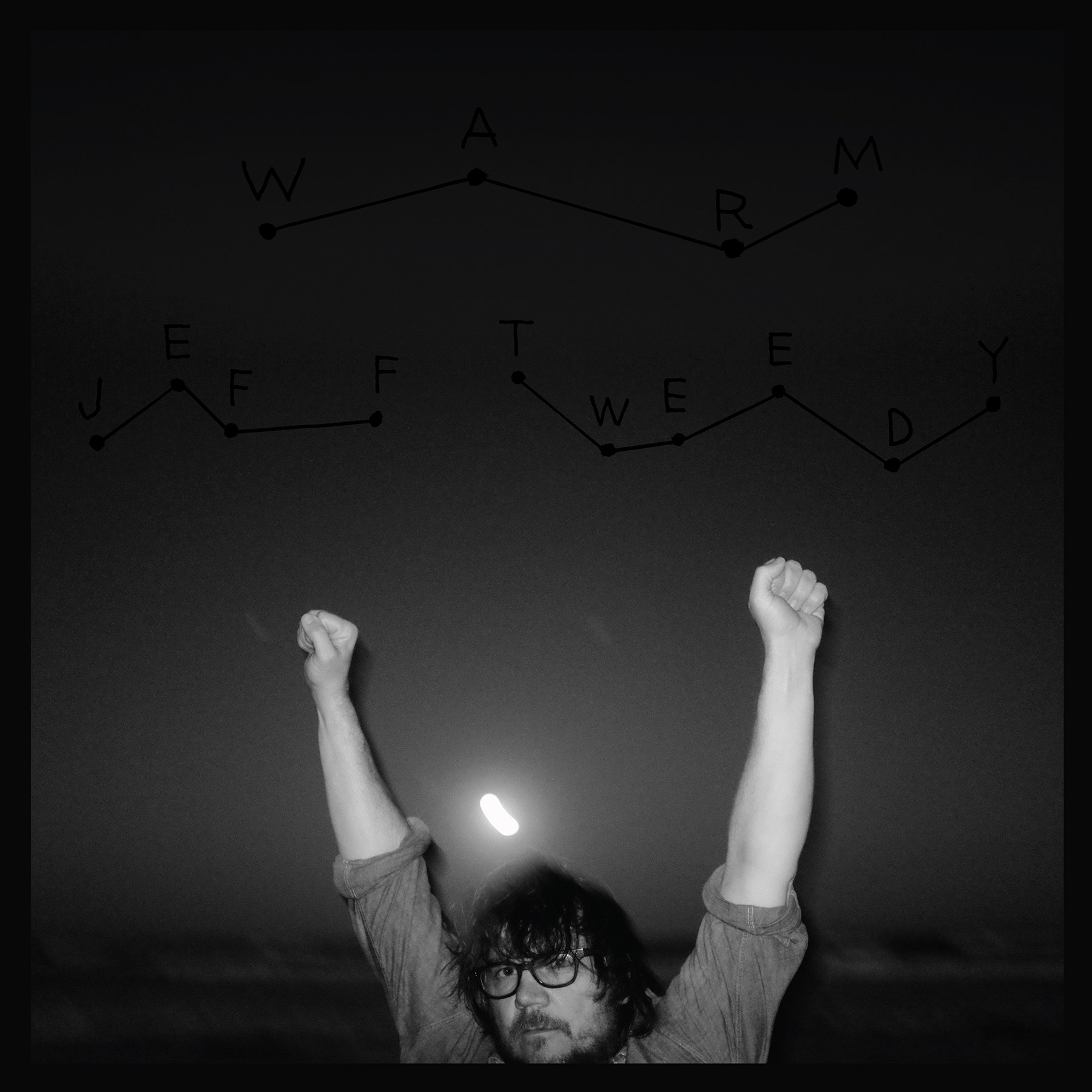 Though Warm is technically Jeff Tweedy’s first solo album of entirely new material, the Wilco frontman established his identity as a solo artist long ago. Across years of touring on his own, complemented only by a harmonica rack and a stable of acoustic guitars, the singer-songwriter has honed an act that’s equal parts meditative and self-depreciating, with deadpan banter taking equal precedence to ethereal renditions of songs he recorded with Wilco and Uncle Tupelo. None of Tweedy’s studio work has ever quite captured how funny he can be in this format, and for the most part, Warm is no exception. But the album comes close, in both timbre and tone, to reflecting the unvarnished Tweedy that shows up at his solo shows.

Of course, even as a solo acoustic artist, there isn’t one “real” Tweedy. He contains multitudes: alt-country pioneer, rock nerd, mopey folk singer, studio experimenter, Midwestern family man. All of these personae show up on Warm to some extent, but considering the fact that its release coincides closely with that of his first memoir, Let’s Go (So We Can Get Back), the album finds Tweedy writing in a somewhat more candid mode than usual.

This is most explicit on “Having Been Is No Way to Be,” on which Tweedy addresses the damaging perception that he did his best work while less than sober, a sentiment fans and critics alike have dogged him with for years: “Now people say/What drugs did you take/And why don’t you start taking them again/But they’re not my friends/And if I was dead/What difference would it ever make to them.” As casual in its delivery as it is biting in its effect, the verse encapsulates Tweedy’s personality as well as any he’s written.

Other passages are more characteristically esoteric but conversational. The twangy “Don’t Forget,” likely about the recent death of Tweedy’s father, alternates between plain sentiment (“Don’t forget you got a key…Oh, I love you so much”), cosmic abstraction (“We’re all blowing in/The interstellar wind/I’m your little galaxy”), and comic asides (“Don’t forget to brush your teeth/Or you’ll have a funny smile”). Elsewhere, the seemingly clichéd commiseration offered by the titular refrain of “I Know What It’s Like” is leant weight by a callback to one of Tweedy’s darkest songs, “Via Chicago.” “Far away/From the fireworks display,” he begins, reminding us that even if all he can do now is congenially assure us that being mired in the depths of depression does indeed suck, he’s speaking from harrowing personal experience. And as the sarcastically cheery sing-along “Let’s Go Rain” suggests, a macabre sense of humor is a decent way to beat back one’s demons.

Warm’s stripped-down instrumentation matches Tweedy’s relatively direct lyrics, which unfortunately bestows the slower, downbeat tunes like “How Hard It Is for a Desert to Die” and the meandering closer “How Will I Find You” with a drab feel. Tweedy does reach into his old bag of studio tricks on a couple of occasions: the bleeping atmospherics overlaid atop folksy fingerpicking on “Far From Away” are akin to those of Yankee Hotel Foxtrot, while the heavy, migraine-simulating guitar drone on “The Red Brick” sounds like it was lifted straight off of A Ghost Is Born. For the most part, though, Tweedy leaves us with just a couple of clean guitars, a simple drumbeat, and his voice.

Tweedy has never been much of an orchestrator, and many of his greatest songs are his simplest. That holds true here, with the hushed, glowing “Warm (When the Sun Has Died)” and opener “Bombs Above” providing the album’s prettiest, most emotionally resonant moments. “I leave behind a trail of songs/From the darkest gloom to the brightest sun,” he sings on the latter, and with striking self-clarity, almost perfectly summing up his legacy.