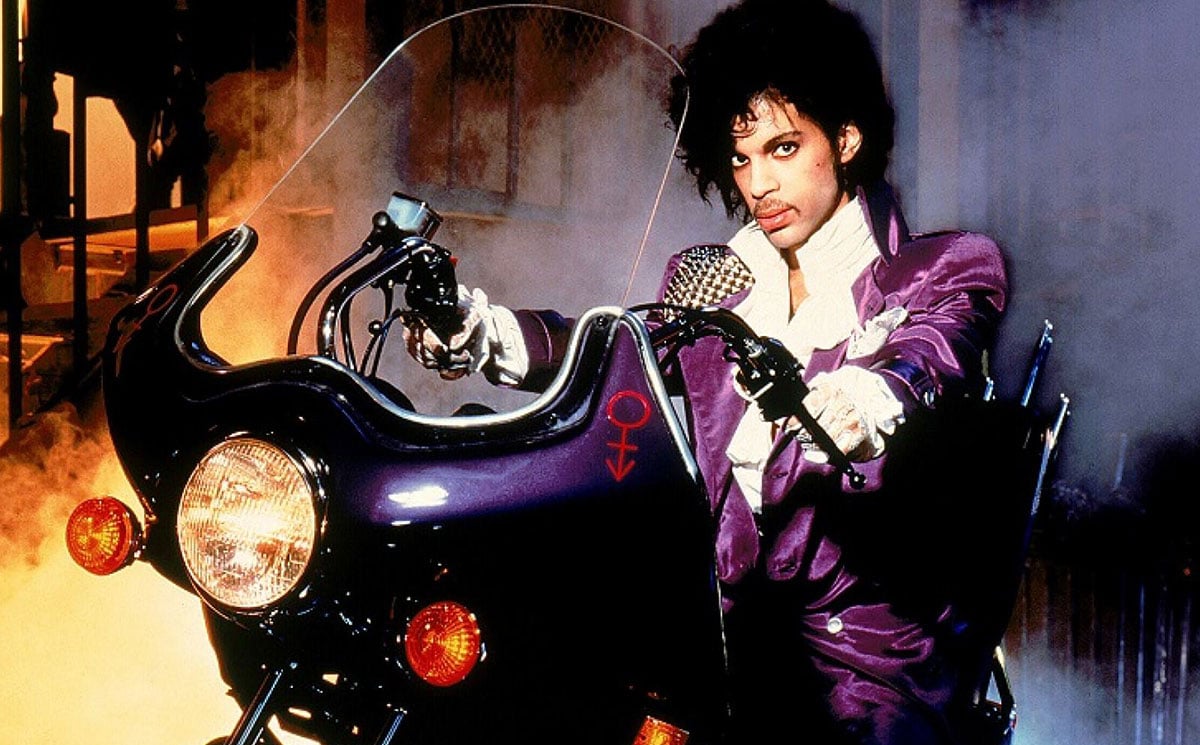 Honorable Mention: Minutemen, Double Nickels on the Dime; R.E.M., Reckoning; Meat Puppets, Meat Puppets II; Madonna, Like a Virgin; U2, The Unforgettable Fire; Laurie Anderson, Mister Heartbreak; Chaka Khan, I Feel for You; Run-DMC, Run-DMC; The Bangles, All Over the Place; Los Lobos, How Will the Wolf Survive? 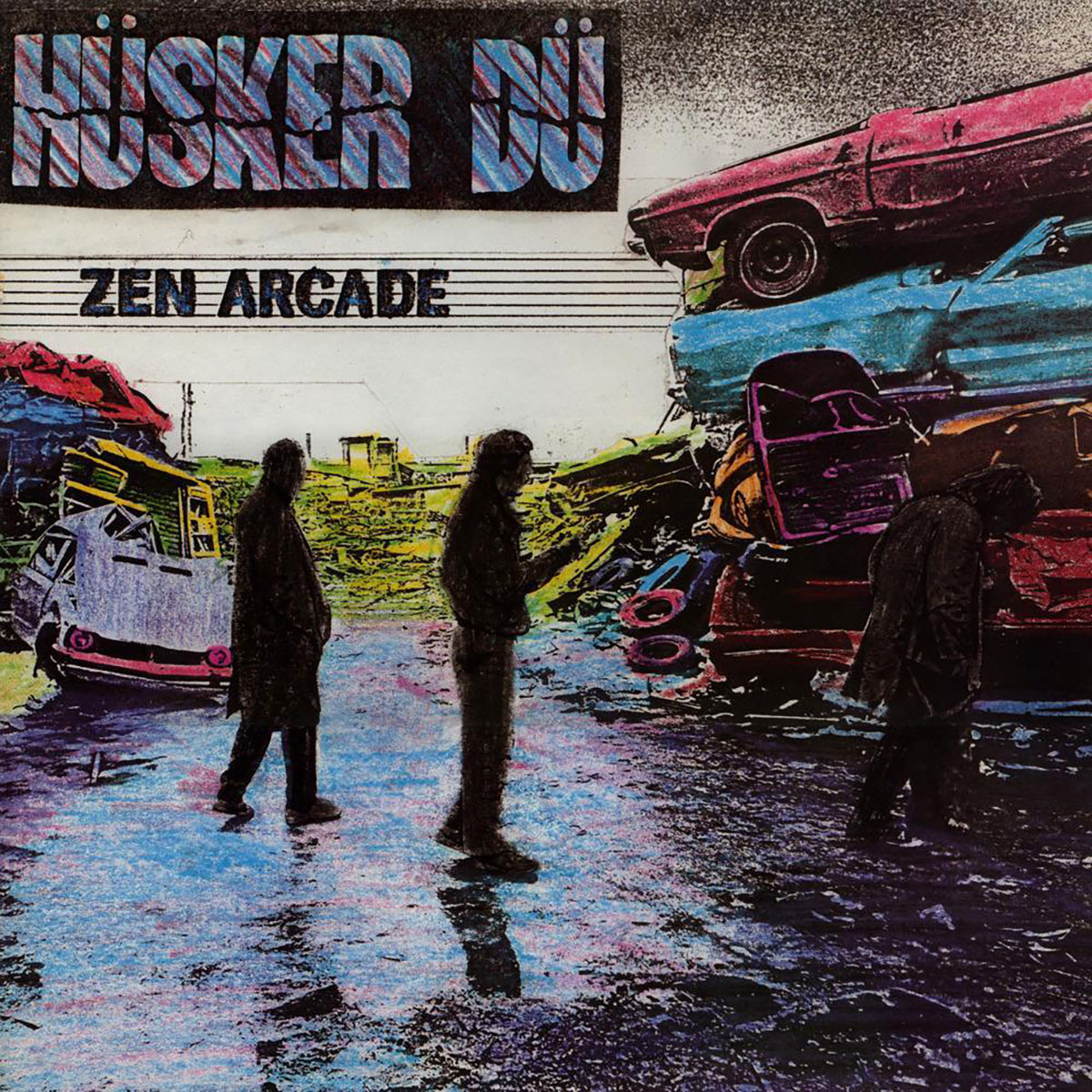 With 1984’s Zen Arcade, Hüsker Dü married their fast and furious brand of punk with swirling psychedelica, elaborate noise arrangements, and a newfound melodious side. Bob Mould’s cacophonous solos and treble-heavy riffing are raw and intense, while his sullen acoustic jams are gorgeous in their own melancholic way, and he even gets raise-your-fist anthemic with “Turn on the News.” With all this sonic shapeshifting, and an exhausting 70 minutes on the clock, Zen Arcade is something of an operatic frenzy, one where violent forays of rapid-fire punk are set to eccentric and elaborate structures. Huw Jones 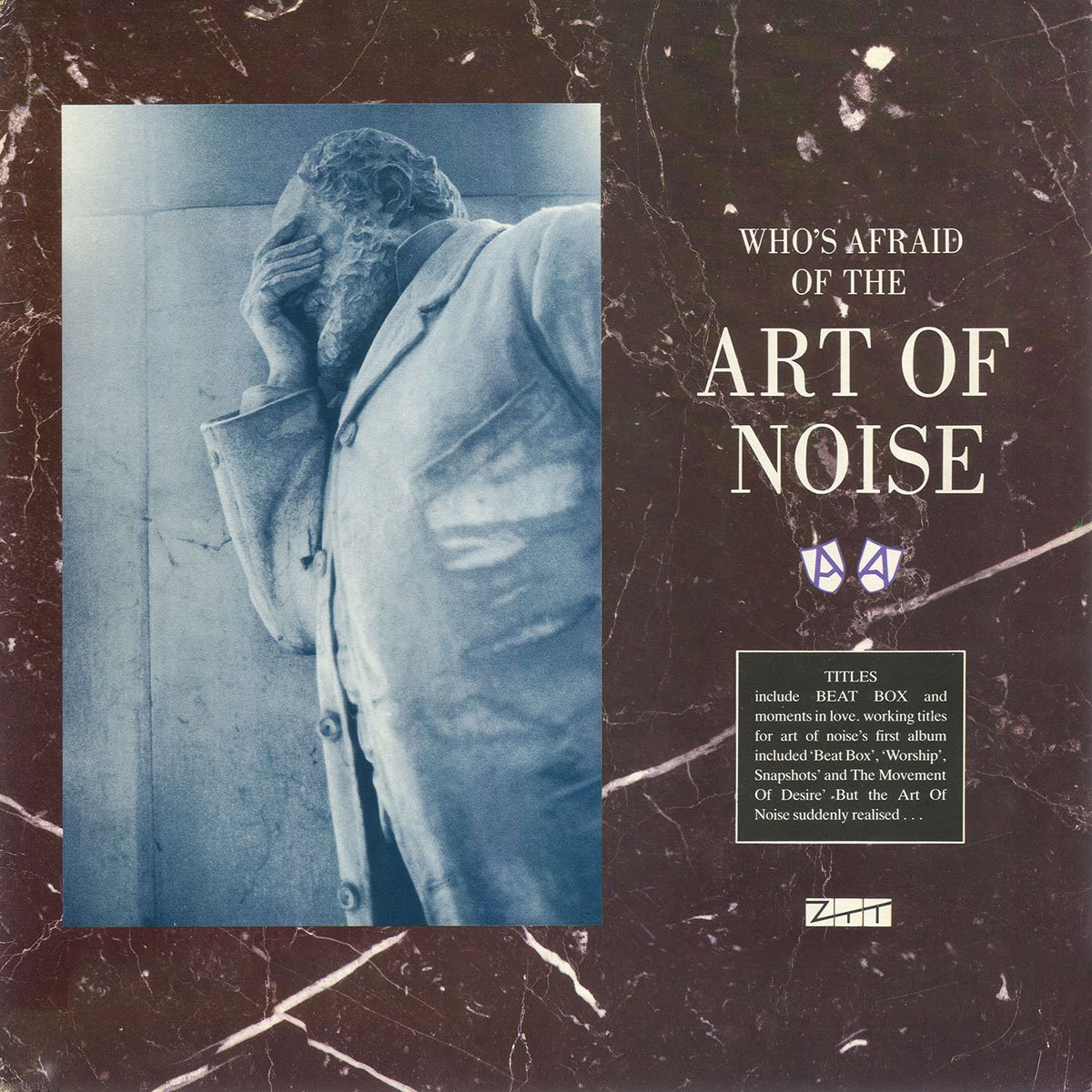 “In the nineteenth century, with the invention of the machine, Noise was born,” wrote Luigi Russolo in a letter to fellow Italian futurist composer Balilla Pretella. And in the late 20th century, avant-garde electronic-pop collective Art of Noise, who took their name from Russolo’s famous essay, was born, concocting cacophonous collages of digital beats and samples that would influence an entire generation of knob twirlers. The group’s 1984 debut opens with the proto-political “A Time for Fear (Who’s Afraid),” portions of broadcasts from the U.S. invasion of Grenada building to industrial beats and a minimalist sub-bass that informed the work of future pioneers like Björk and Tricky. Surprisingly, it’s the album’s least noisy track, the 10-minute instrumental chill-out “Moments In Love,” that truly veers off into some exhilaratingly strange, unexpected territory. Russolo would be proud. Cinquemani 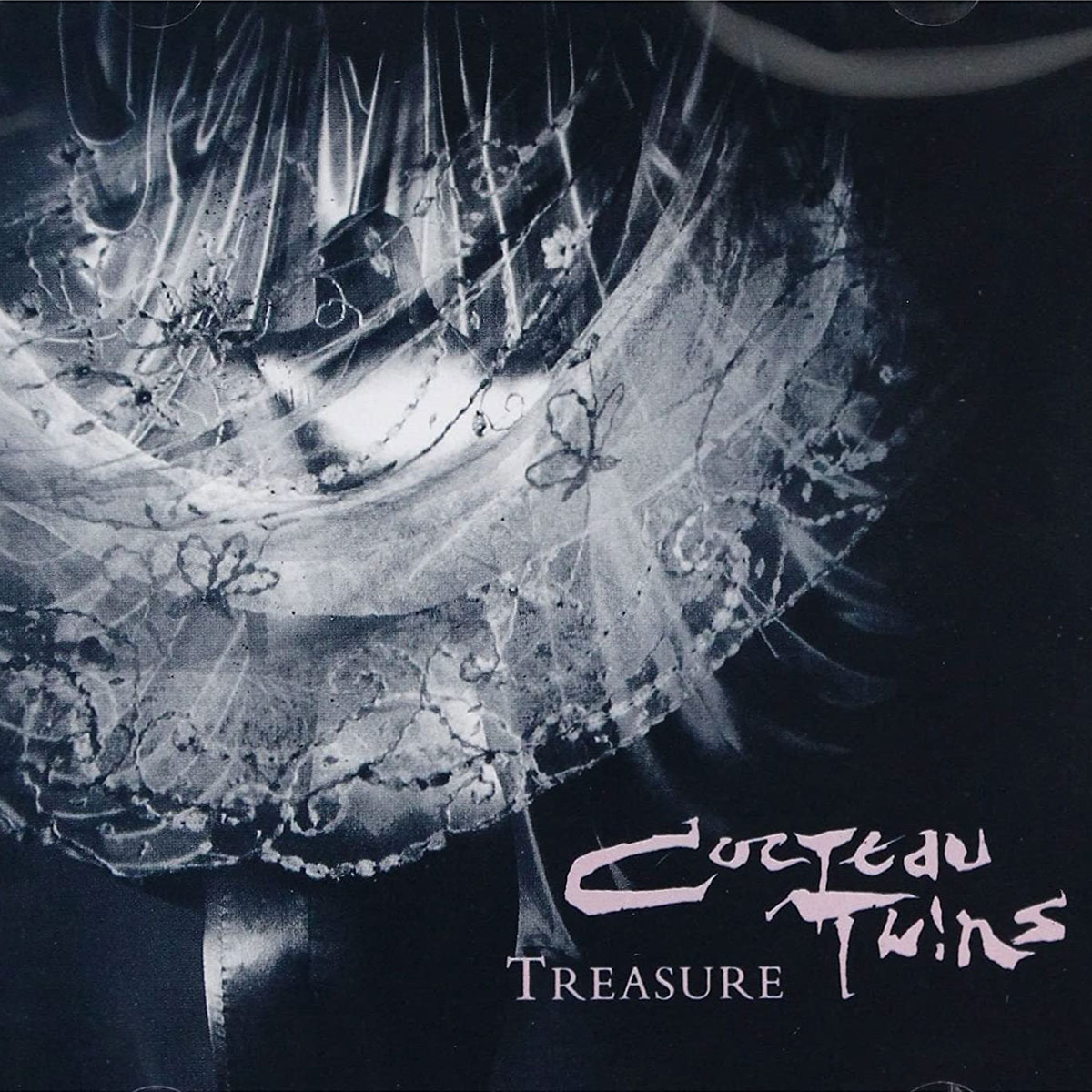 No, you still can’t make out a damn thing that Elizabeth Frazer sings on Treasure. But you don’t need to: Her rolling, ululating syllables impart the kind of feelings that verbal communication is notoriously ill-suited for, and besides, when she swoops between the extremes of her range on a devastating number like “Lorelei,” you’ll swear you’re speaking her language. Robin Guthrie’s hypnotic guitar playing, by turns majestic and muscular, is everything that dream-pop guitar should be—if not for My Bloody Valentine, maybe all it ever would be. Critics sometimes protested that the Cocteau Twins shouldn’t really be considered a rock band at all, and that’s fine by me: When “Donimo” closes the album with operatic splendor, it’s clear that they’re something far more special. Matthew Cole 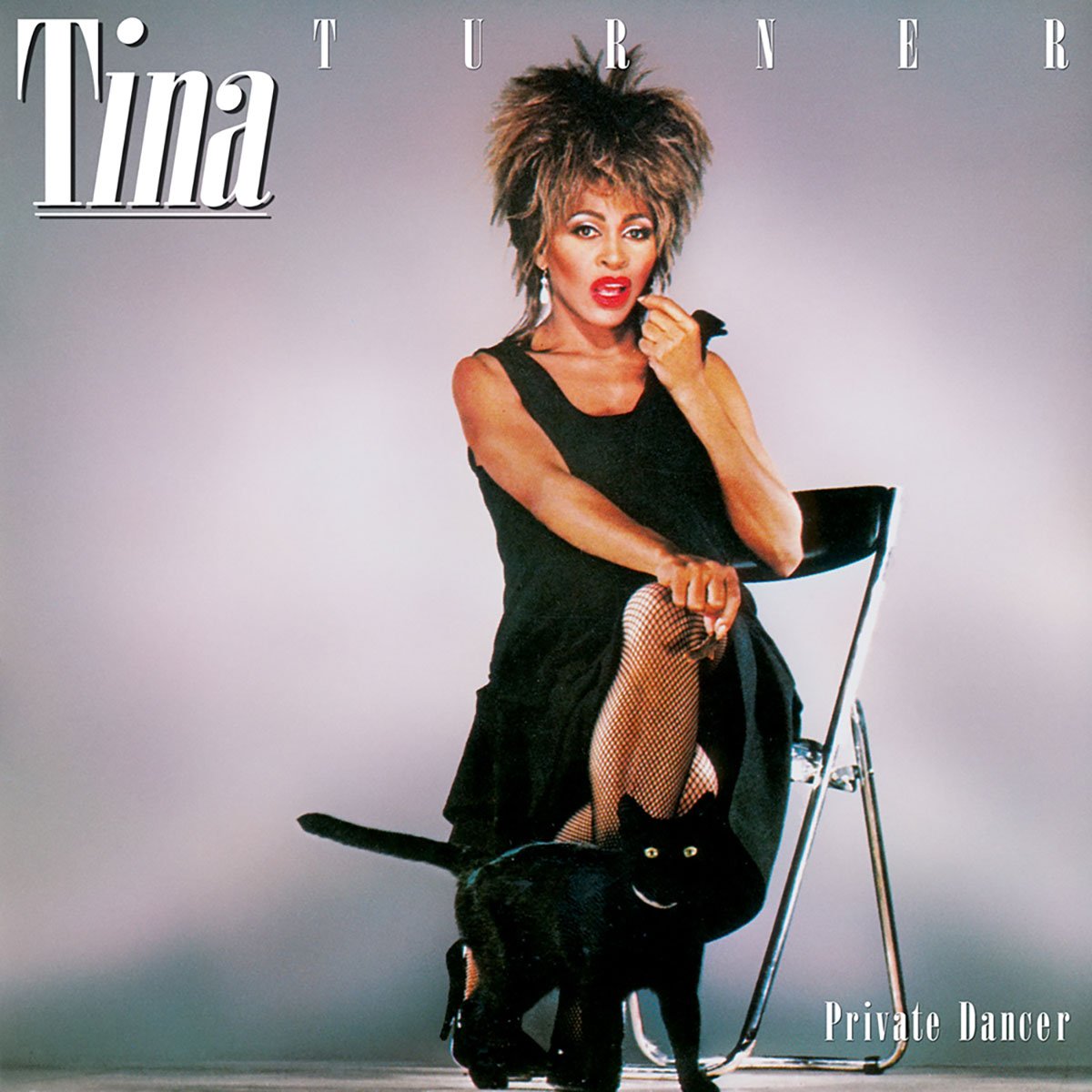 Like another mega-successful pop monster, Michael Jackson’s Thriller, Private Dancer is a staggering display of self-affirming artistry and vocal expression. For Turner, who was 45 when the album was released, it also represented a kind of vindication, with songs like the gritty, powerful “What’s Love Got to Do with It” and the sultry ultimatum “Better Be Good to Me” all but destroying the false pretense that she was somehow only fit to play second fiddle to Ike. Both a personal liberation and sonic redemption, Private Dancer established Turner not only as a genuine diva, but a bona fide force of nature. Kevin Liedel 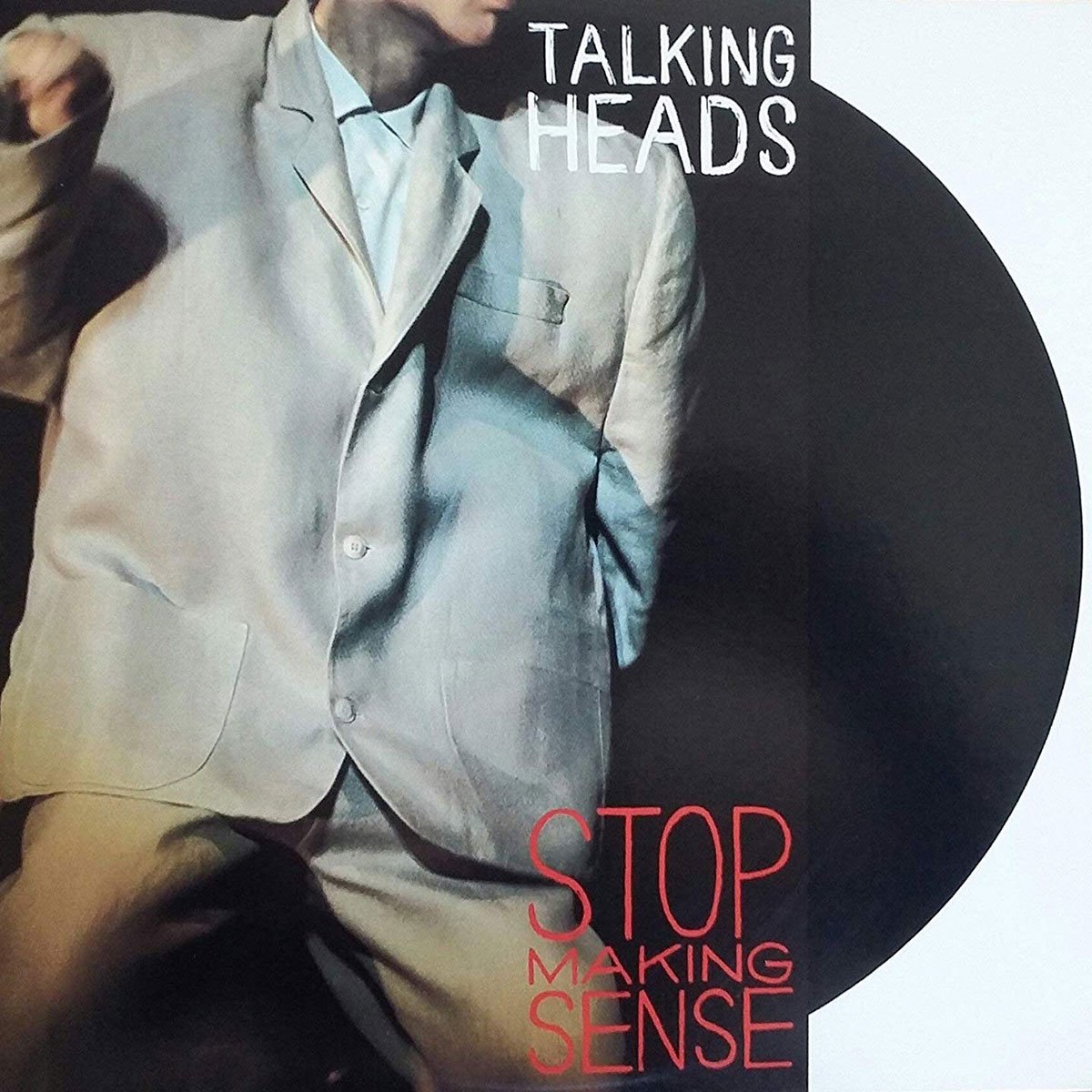 Inseparable from Jonathan Demme’s concert doc of the same name, arguably the finest concert film ever made, and subject to endless hemming and hawing among Talking Heads’s diehards for the elisions made to said concert’s set list when the soundtrack was being produced, Stop Making Sense remains a divisive album. A 1999 reissue rectified many of the most common complaints about the original release, nearly doubling the length of the album and restoring some continuity to the band’s performance, but that takes nothing away from the fact that Stop Making Sense, even in its truncated original form, is a testament to one of the most compelling, forward-thinking bands of the rock era at the peak of their craft. Jonathan Keefe 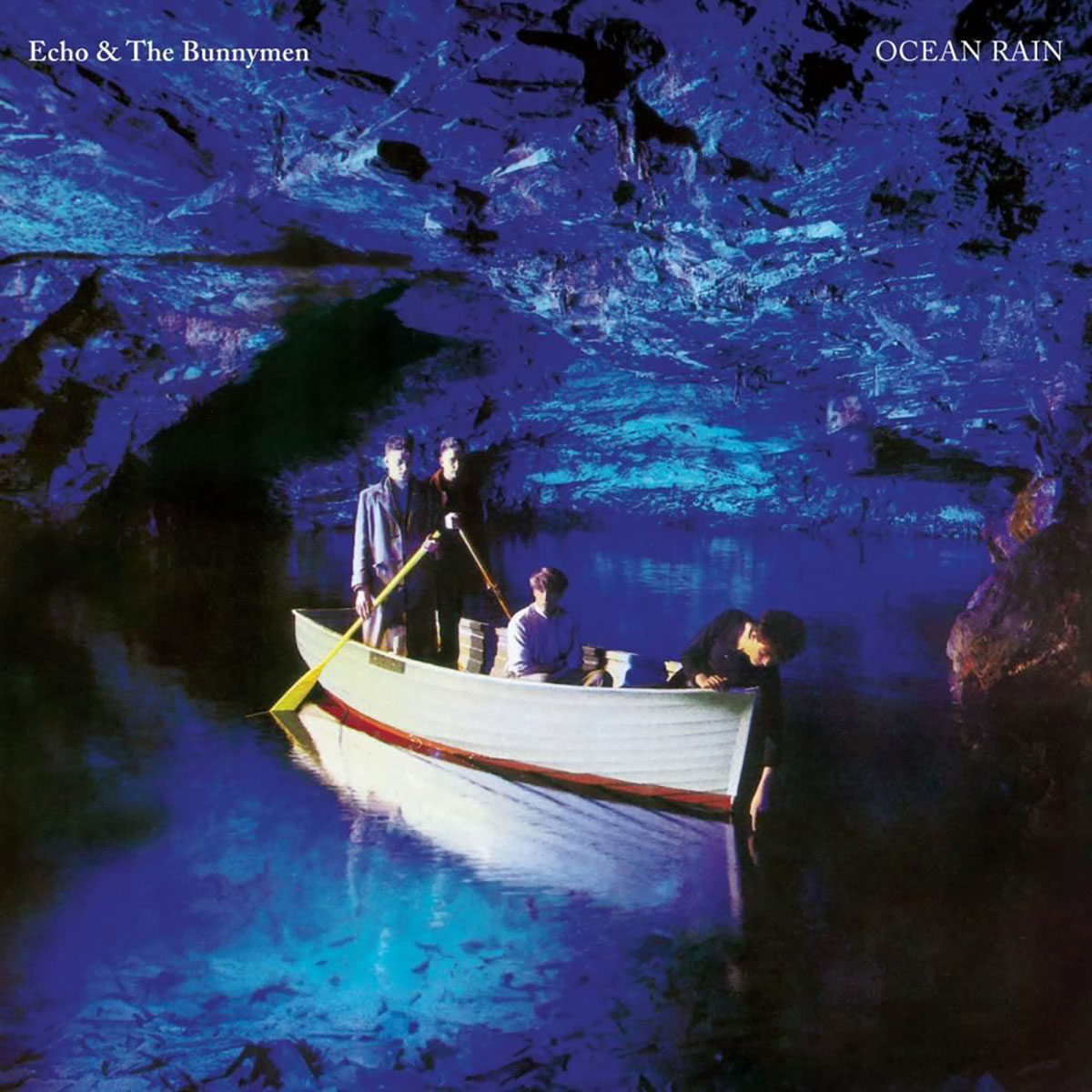 Black-velvet rock with a distinct romantic bent, Echo & the Bunnymen’s fourth and best album, Ocean Rain, flirts with ridiculous excess but remains sturdily in check, anchored by Ian McCulloch’s big, crooner-style voice. Never as silly as the gaudy goth luminaries that surrounded them, the band employs many of the same elements and flirts with similar deathly impulses, shaping a dreamy sound that utilizes a full orchestra to call up extravagant flourishes and explore pools of inky gloom, using tracks like “The Yo-Yo Man” to hint at dramatic excess without ever veering into outright theatricality. Jesse Cataldo 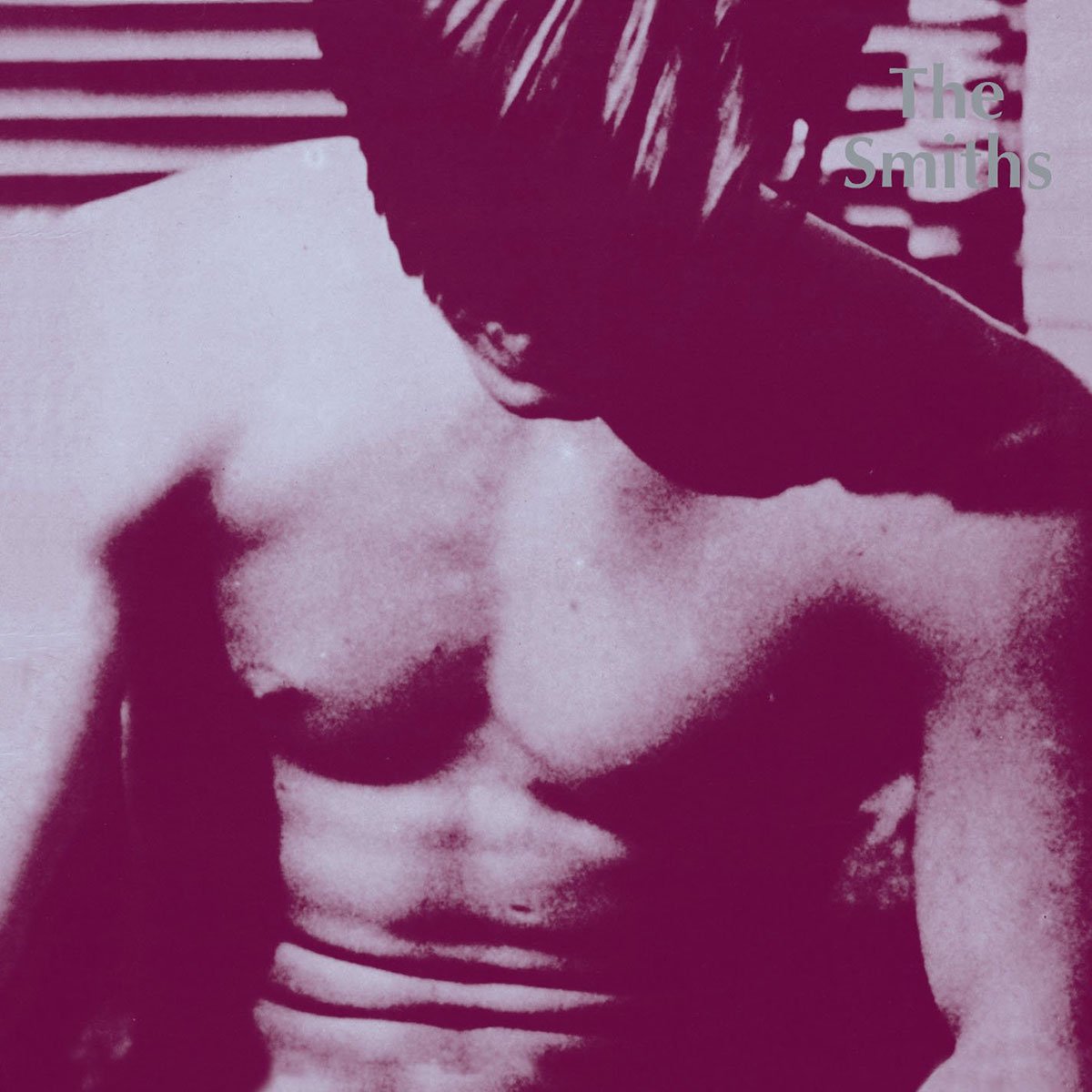 There’s no reason why a mordant, sexually frustrated disciple of Oscar Wilde who loved punk but crooned like a malfunctioning Sinatra should’ve teamed up with a fabulously inventive guitarist whose influences were so diffuse that it could be hard to hear them at all and formed one of the greatest songwriting duos of the ‘80s. On classics like “Hand in Glove” (which had Morrissey outing himself before anyone had even thought to speculate about this sexuality) and “This Charming Man,” Morrissey says a lot but always insinuates more. Though that’s not the case on “Suffer Little Children,” a ghoulish retelling of a real-life tragedy in which five children were sexually abused and murdered. Its unforgettable refrain finds Morrissey channeling the ghosts of Britpop’s sacred city: “Manchester, so much to answer for.” Cole 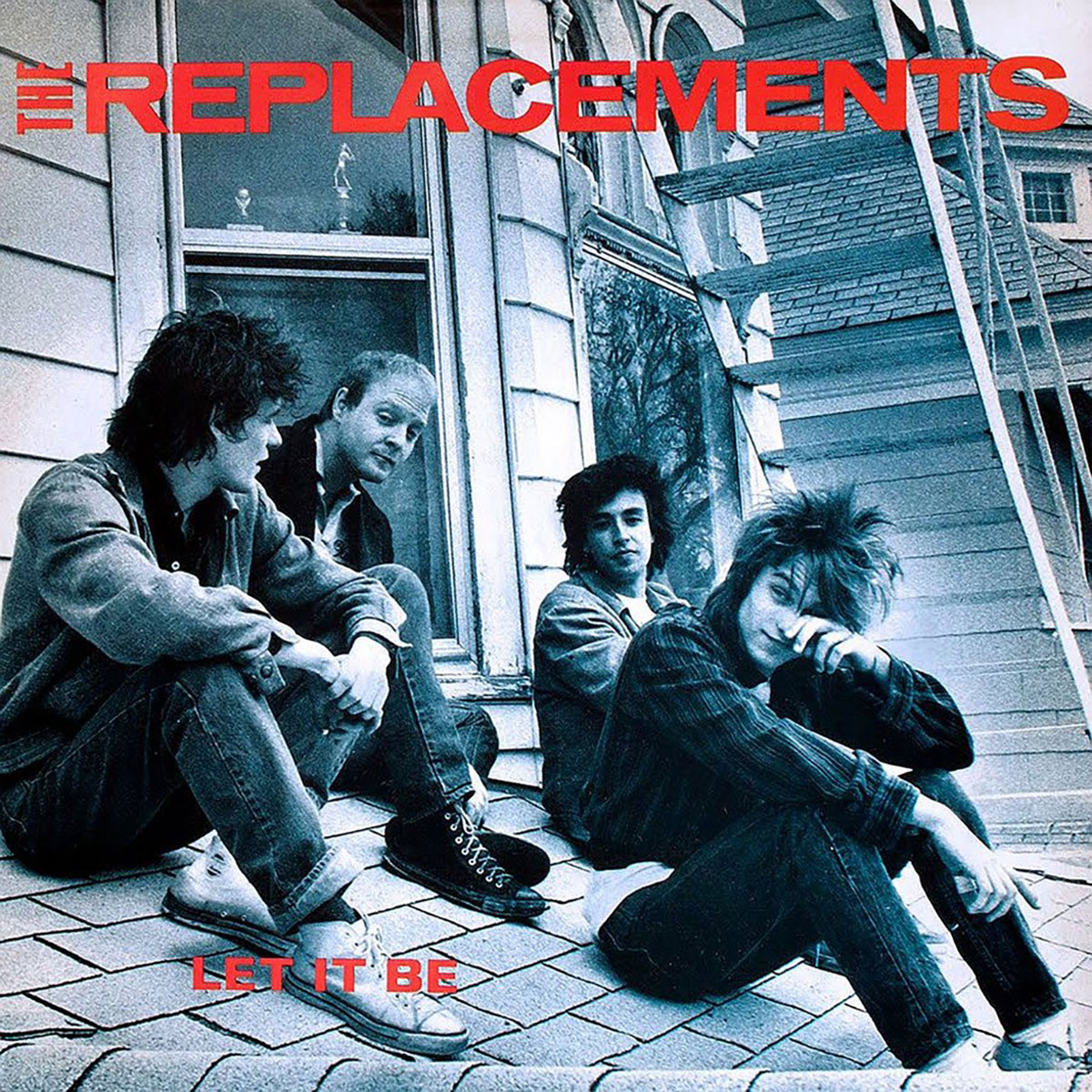 3. The Replacements, Let It Be

In the rough and raw underbelly of hardcore punk, naming your LP after a seminal Beatles album and peppering it with coarse ballads and painfully intimate moments is certainly a brave move. But that’s exactly what Paul Westerberg and company did on Let It Be, and that decision puts the accent mark on what is their strongest work by some stretch: “Unsatisfied” is a jagged ballad on which Westerberg howls his lungs out, while “Androgynous” is a tender, heart-on-the-sleeve piano number that finds the singer in equally gripping form. Make no mistake: The Replacements still fulfill their obligation to exhilarating punk jams, and the band is at their anthemic best on “I Will Dare,” but the album’s really remarkable moments arrive whenever the group dares to leave their hardcore comfort zone. Jones 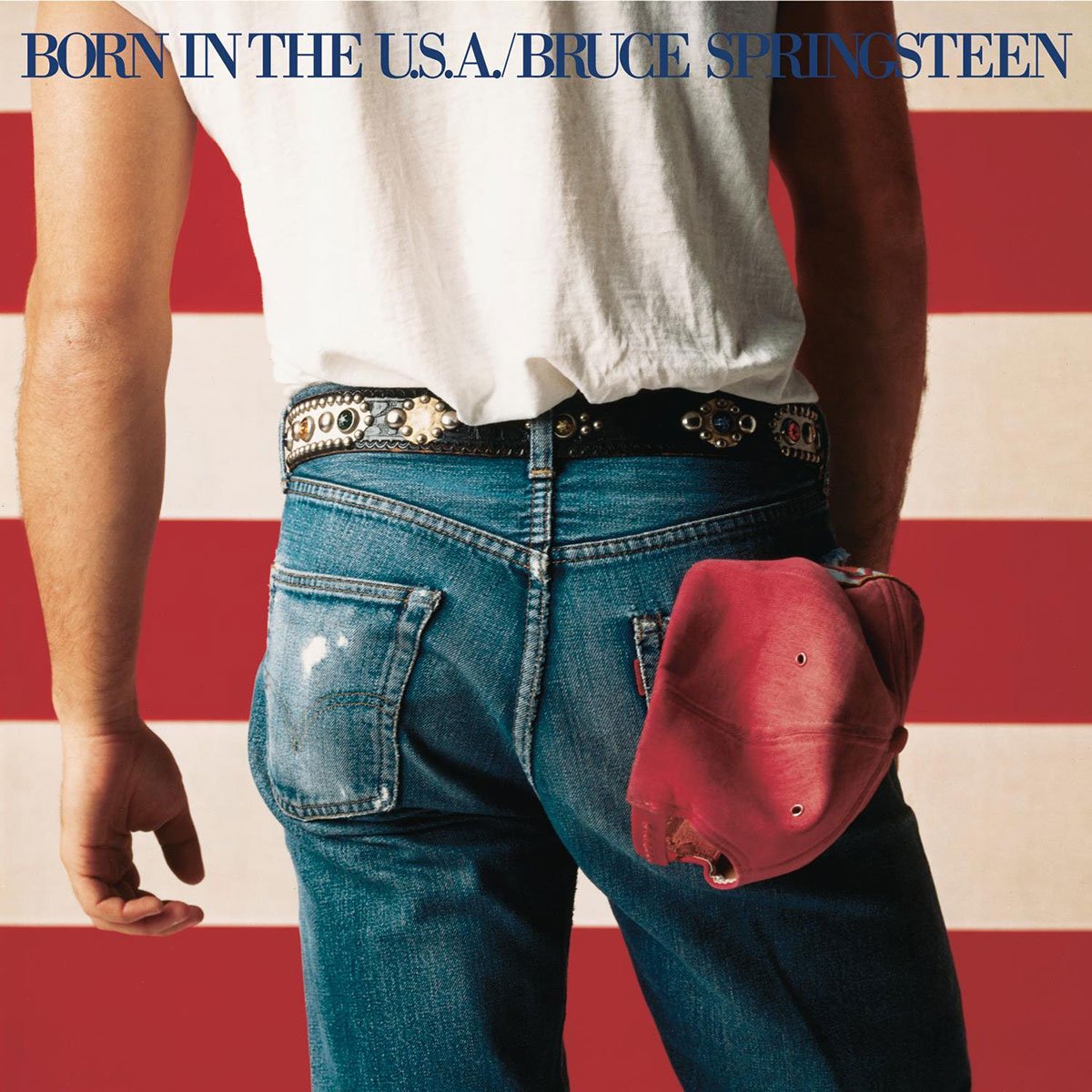 2. Bruce Springsteen, Born in the U.S.A.

The ironic misinterpretation of Born in the U.S.A.’s title track has been well-documented, and persists as a rather inane flap as it pertains to the album’s real import: Bruce Springsteen’s transformative leap from bar muse to blue-collar rock god. Born in the U.S.A. is chockfull of working-class anthems that fueled that metamorphosis, from burners like “I’m on Fire” to the wistful “My Hometown,” where the Boss sings of old Buicks, racial tensions, and the sting of economic downturn. Rounded out by the mixture of sex, magnetism, and poetry in “Dancing in the Dark,” Born in the U.S.A. propelled Springsteen not only into a pop-radio staple in the ‘80s, but cast him as the voice of the disillusioned American everyman. Liedel 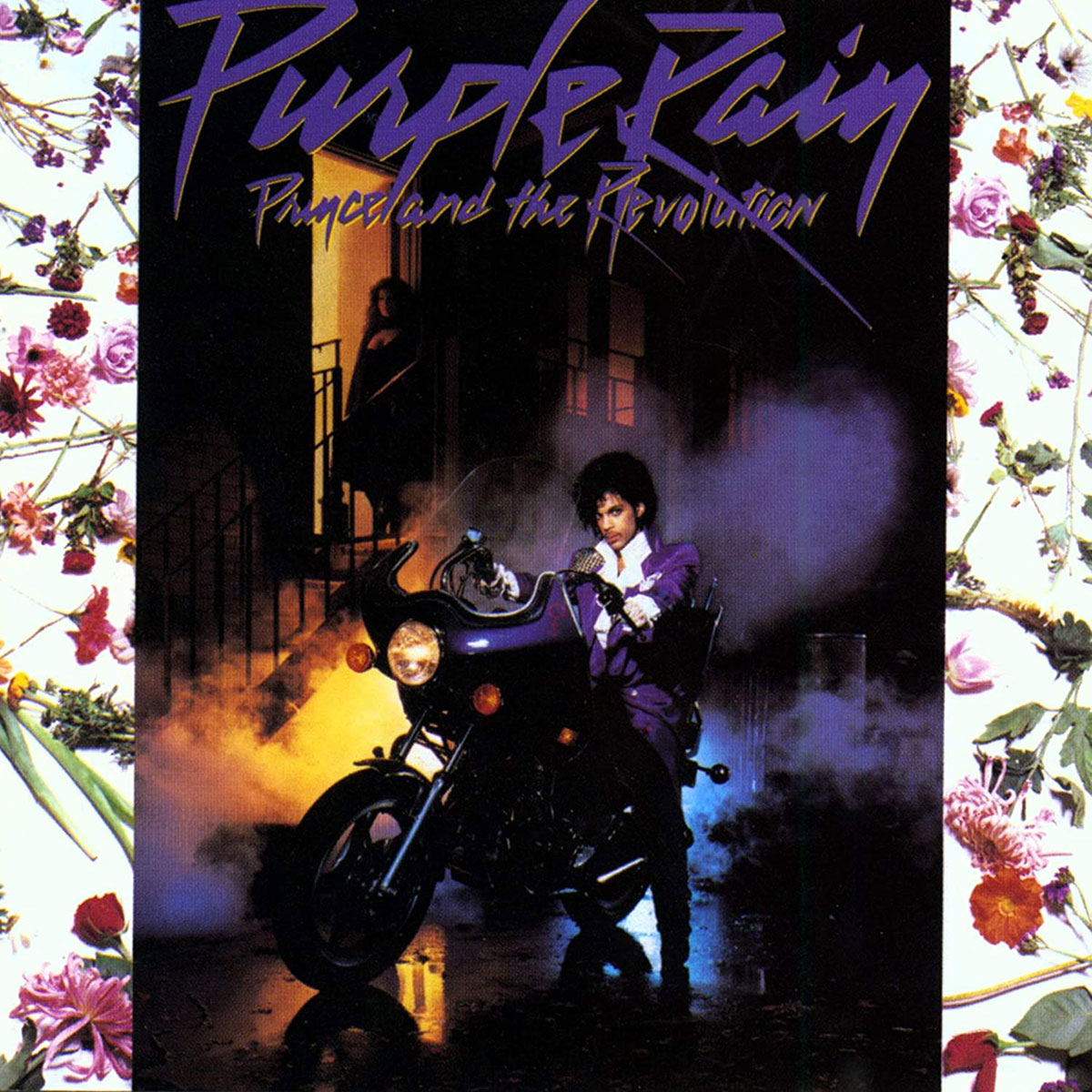 1. Prince and the Revolution, Purple Rain

On which Violet the Organ Grinder takes us to church and straight into the confession box. The album may not possess the salaciousness of Dirty Mind, but even at its softest, its most “mature,” it exudes a rapturous sense of feeling. From elevators to hotel lobbies and beyond, Prince resigns himself to love and makes you feel the funky stirrings of his heart, perhaps most expressively on “The Beautiful Ones.” From here to there, life to death, there’s a startling, telling fixation on movement. This is, after all, a companion piece to a film that ostentatiously depicts the Kid’s rise to fame. And there’s no fall here, only one gorgeous climax after another, immaculately and luxuriously sustained from beginning to end. Ed Gonzalez

The 25 Best Horror Games of All Time