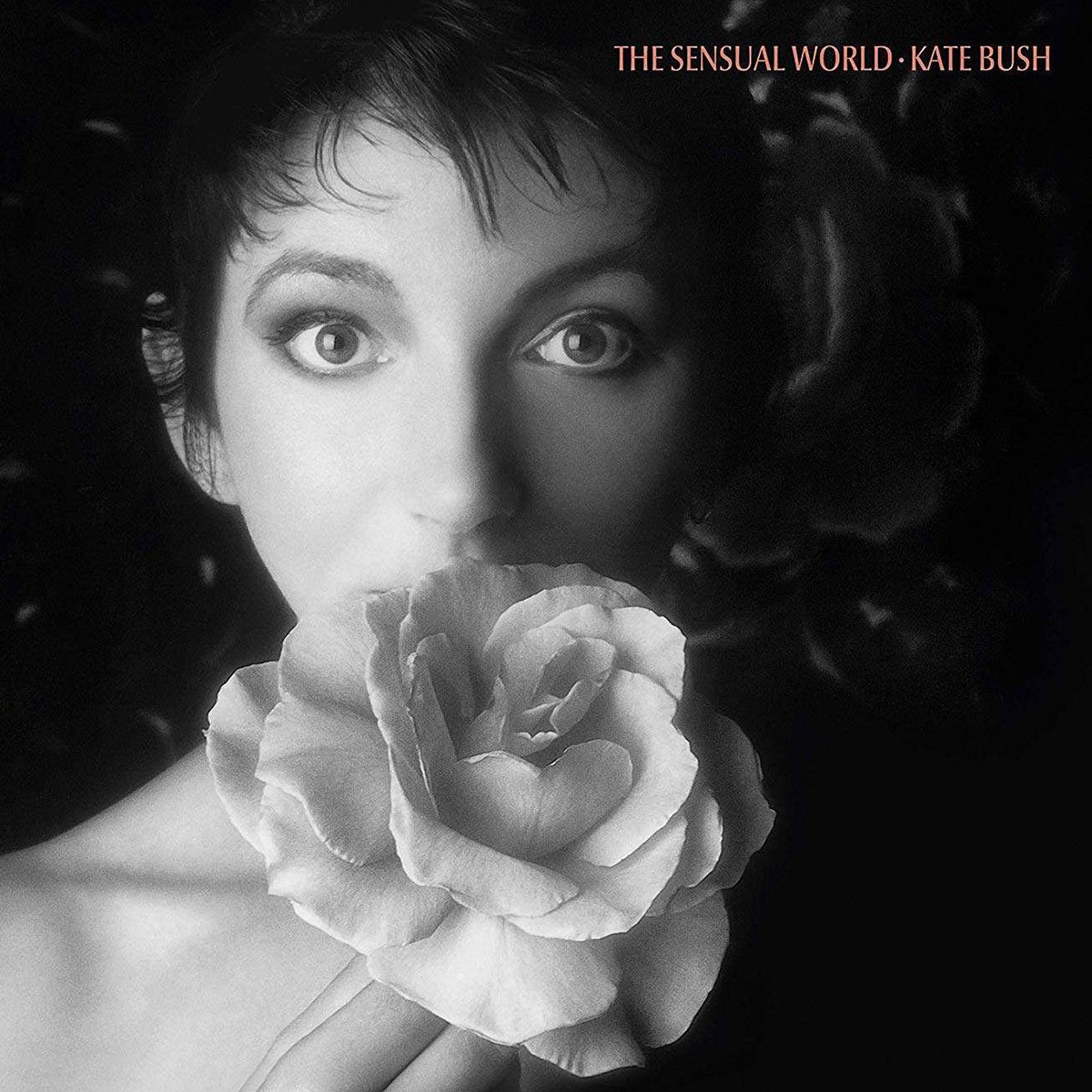 It’s hard to pin down what makes Kate Bush’s music so completely infectious, but it probably has something to do with the reckless abandon with which she tackles what could otherwise be preposterous material. The topics on The Sensual World, ranging from a musical rendering of the epilogue of Ulysses to a love song directed at a computer program, are often wholeheartedly silly, and yet these songs never come off as anything less than totally and achingly believable. Blessed with one of music’s most wildly expressive voices, Bush takes each song further than she has to, resulting in an album that forms its own unique world. Jesse Cataldo 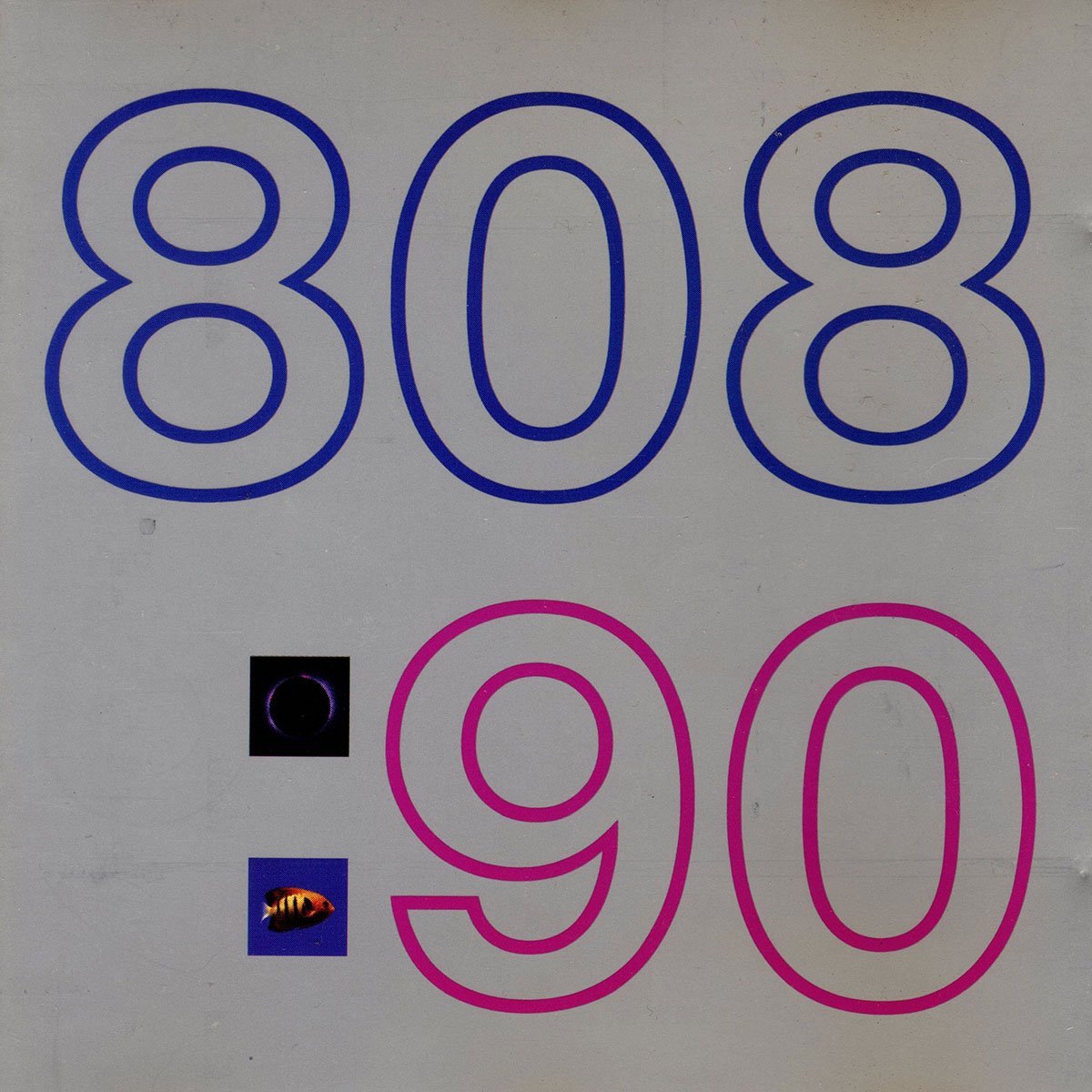 If 90 was “Pacific 202” and 30 minutes of tape noise, it’d still be a stone-cold classic. But 808 State’s signature song (here a truncated six minutes of sax, synth, and roiling, rubbery bass), is just the most successful condensation of the diverse sonic tendencies explored on 90. Paced like an excellent DJ set from guys who’d spent enough time in the club to know, 90 doesn’t build so much as it ebbs and flows between the assertively groovy and the totally blissed out. A thrilling expansion of the possibilities for acid house and arguably the best LP ever produced in the style, 90 shows that even a transient fad can be an impetus for world-making. Matthew Cole 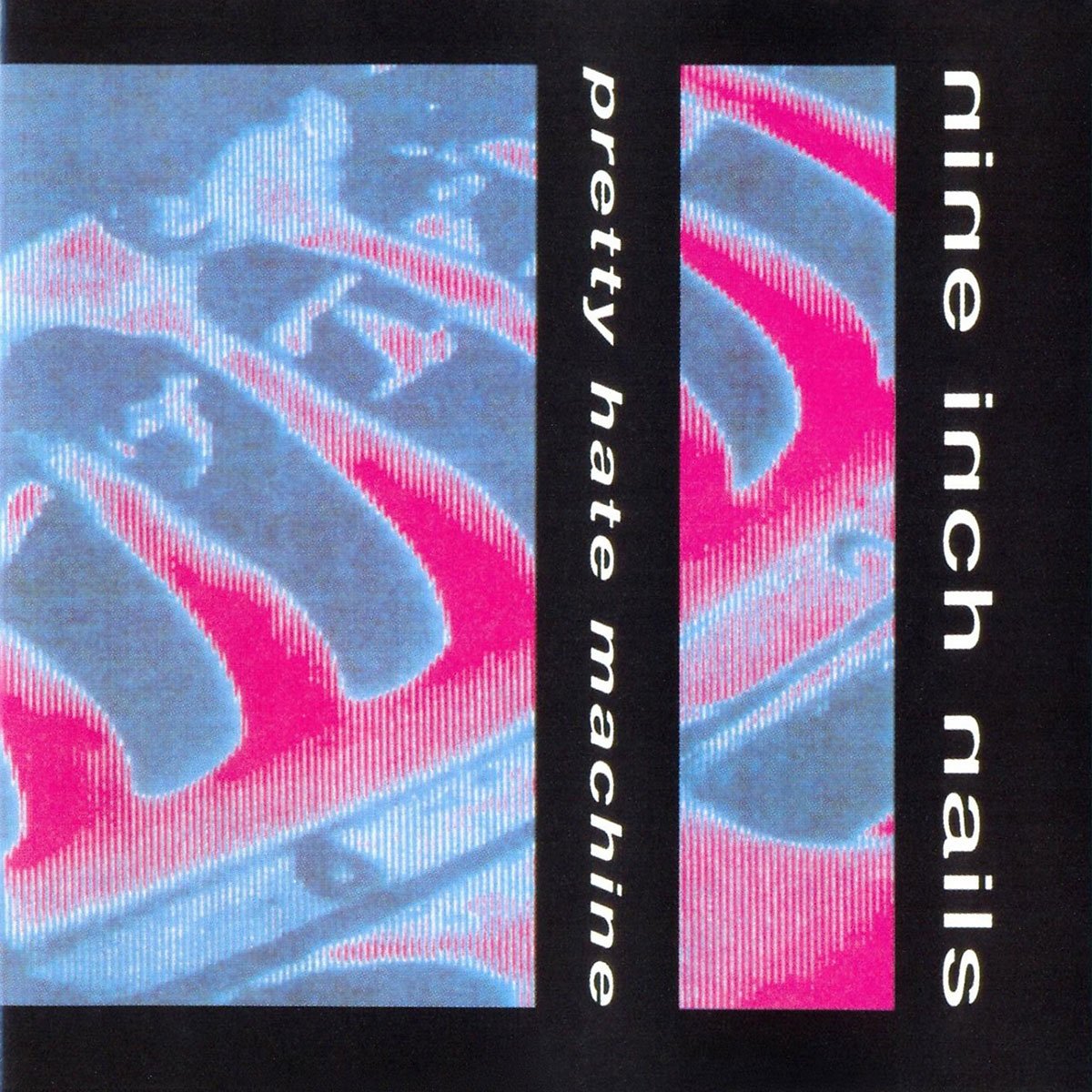 Ever look back at your old junior high school yearbooks and see, with a shock, the last picture the kid voted “Most Likely to Shoot the Rest of Us Dead at Graduation” took before encasing himself inside that filthy, black trench coat? The last one he took with his natural hair color? The last one in which his eyes that would later reflect only cataracts of the soul still glinted with the hint of something obscene? That’s what it’s like to listen now to Trent Reznor scowl, “I’d rather die than give you control!” in “Head Like a Hole.” Before attempting suicide in The Downward Spiral and living with the wrist scars in The Fragile, Pretty Hate Machine sent out sleek, danceable warning shots. Eric Henderson 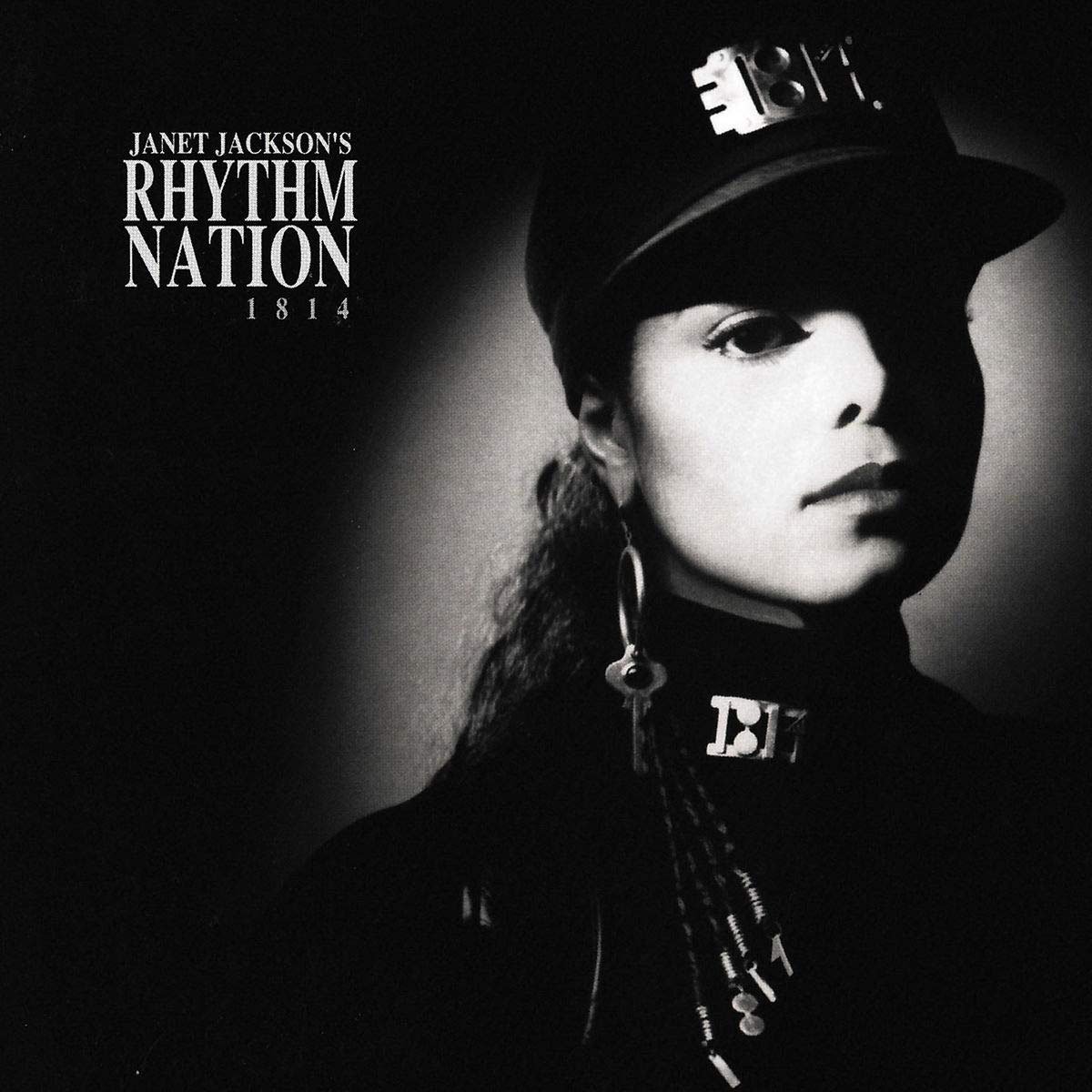 “Don’t get me in here acting all silly now.” Nice try, Janet, but with Rhythm Nation, Jimmy Jam and Terry Lewis got you in here acting all sober now. At least for three or four songs, anyway. The follow-up to Control’s redux debut is in equal measure self-enlightened, self-defining, and self-pleasuring. The title track and “The Knowledge” lean heavy on new-jack beats, while “Alright” and “Escapade” radiate the Minneapolis sound at its warmest (she must’ve recorded them the one week it didn’t snow there). And with seven hits (the final of which reached number one almost a year and a half after the album was released), it was one of the decade’s biggest chartbusting juggernauts. Get the point? Good. Henderson 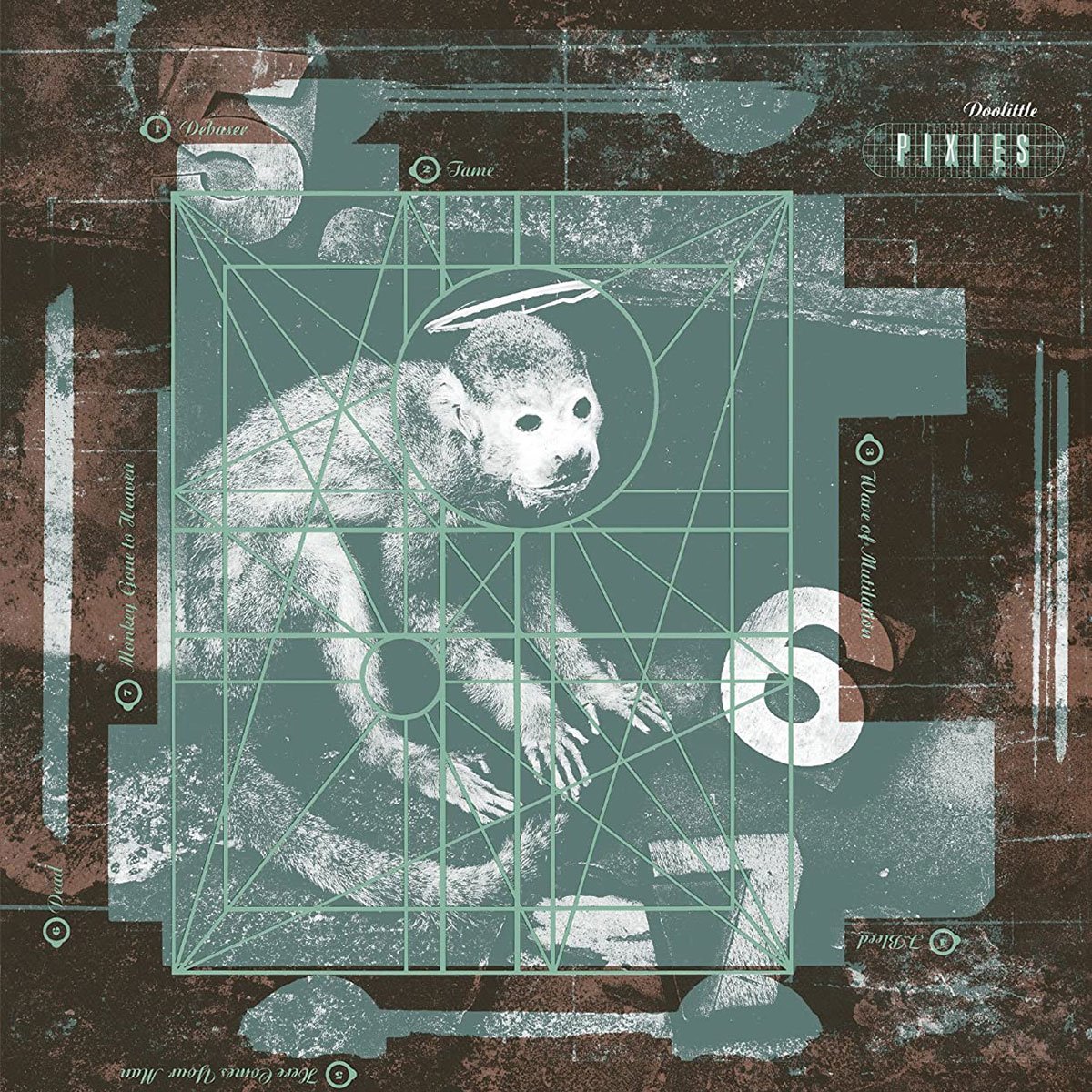 The Pixies are rightfully credited as the progenitors of grunge, and to that end, Doolittle is their manifesto for ‘90s alt rock: dark, offbeat, slow-churning, humorously grim, and peppered with the kind of loud-soft dynamics that exemplify both the Pixies’ sound and the countless bands that followed in their wake. Arriving in 1989, Doolittle served as vanguard for modern rock both sonically and tonally, as evidenced by the descriptive, almost metaphysical nature of the band’s lyrics. When Black Francis screams, “God is seven!,” on “Monkey Gone to Heaven,” there’s little doubt about the gravity of the message—or where Billy Corgan found his inspiration. Kevin Liedel 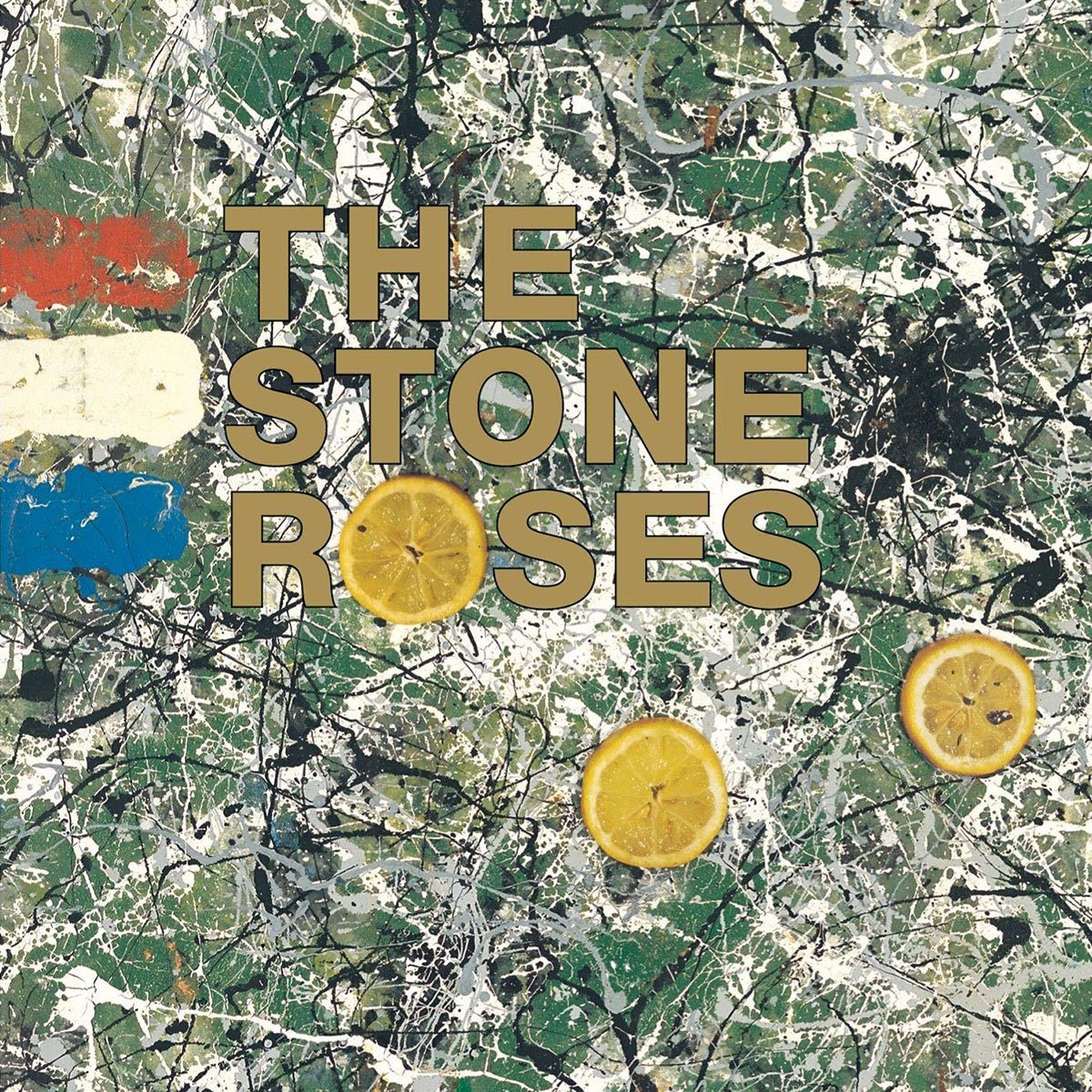 In hindsight, The Stone Roses is essentially a lithe and sinuous greatest-hits album, a string of would-be singles blaring from the speakers of a Madchester baggy disco, dominating dance floors still reeling from the acid-house scene and the new-romantic era. Mani’s thundering basslines and John Squire’s kaleidoscopic guitar parts keep the sound firmly rooted in indie-rock territory, their anthemic refrains setting a number of Britpop trends in a heartbeat, while John Leckie’s psychedelic production won over pill-popping ravers en masse. The Stone Roses is an unashamedly British album, a love letter to its working classes and an ultraprecise predictor of what was on the horizon for Her Majesty’s airwaves in the ‘90s. Huw Jones 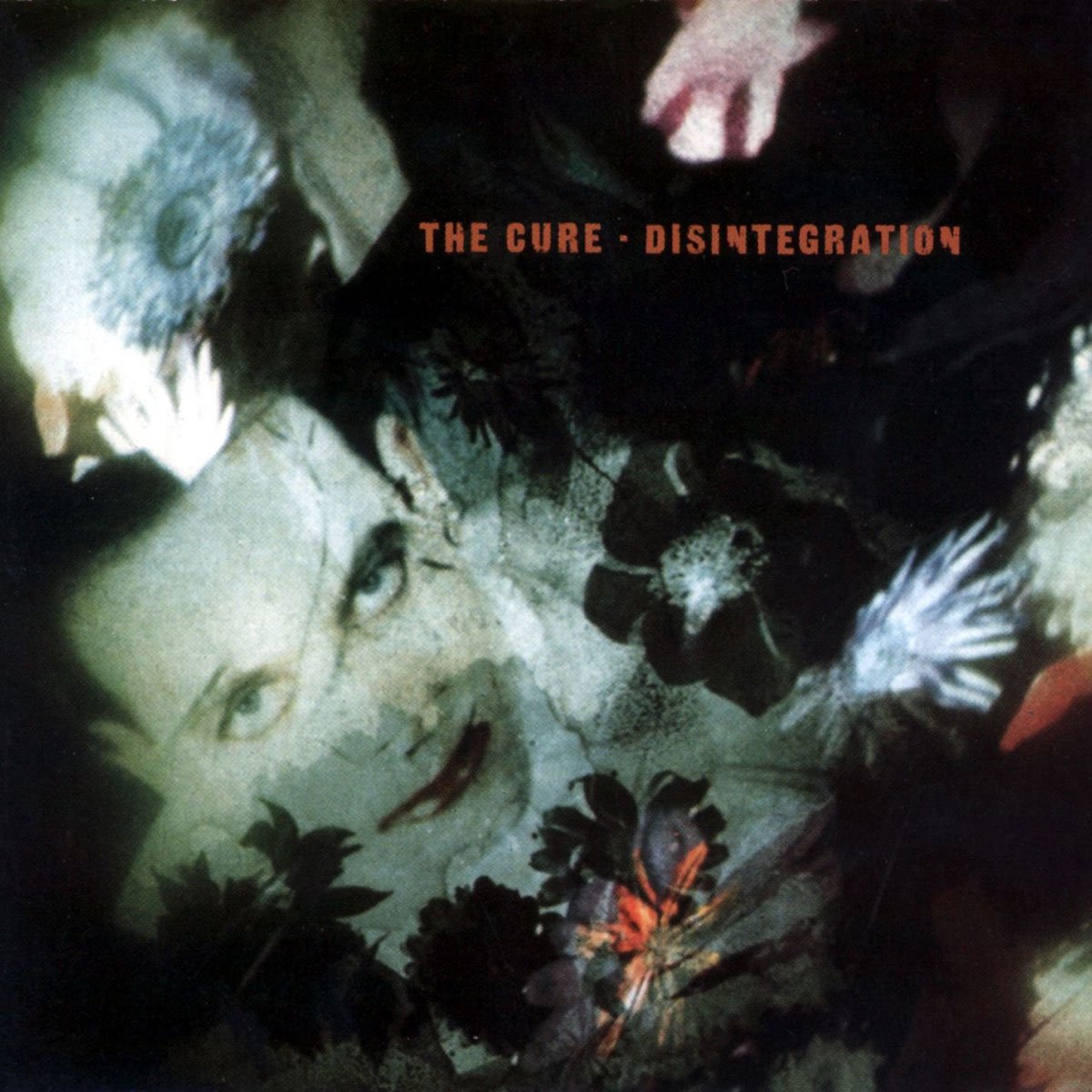 After two albums’ worth of uncharacteristically light-hearted pop, Disintegration might’ve sounded like something of a relapse for the Cure. It’s a dreamlike album that turns nightmarish in places as its icy, imperious pop epics channel Pornography’s atmospheric despondency. Depression is often associated with the inability to feel, but Disintegration proves that sorrow is, as much as love, a many-splendored thing. For all his infamous melodrama, Robert Smith can be a plainspoken and relatable lyricist; this is an album with songs about hungry spider men and hopeless prayers, but its most memorable lines are simple and heartfelt. If not for Smith’s wardrobe, we wouldn’t call this goth. We’d call it sad, pretty pop music. Cole 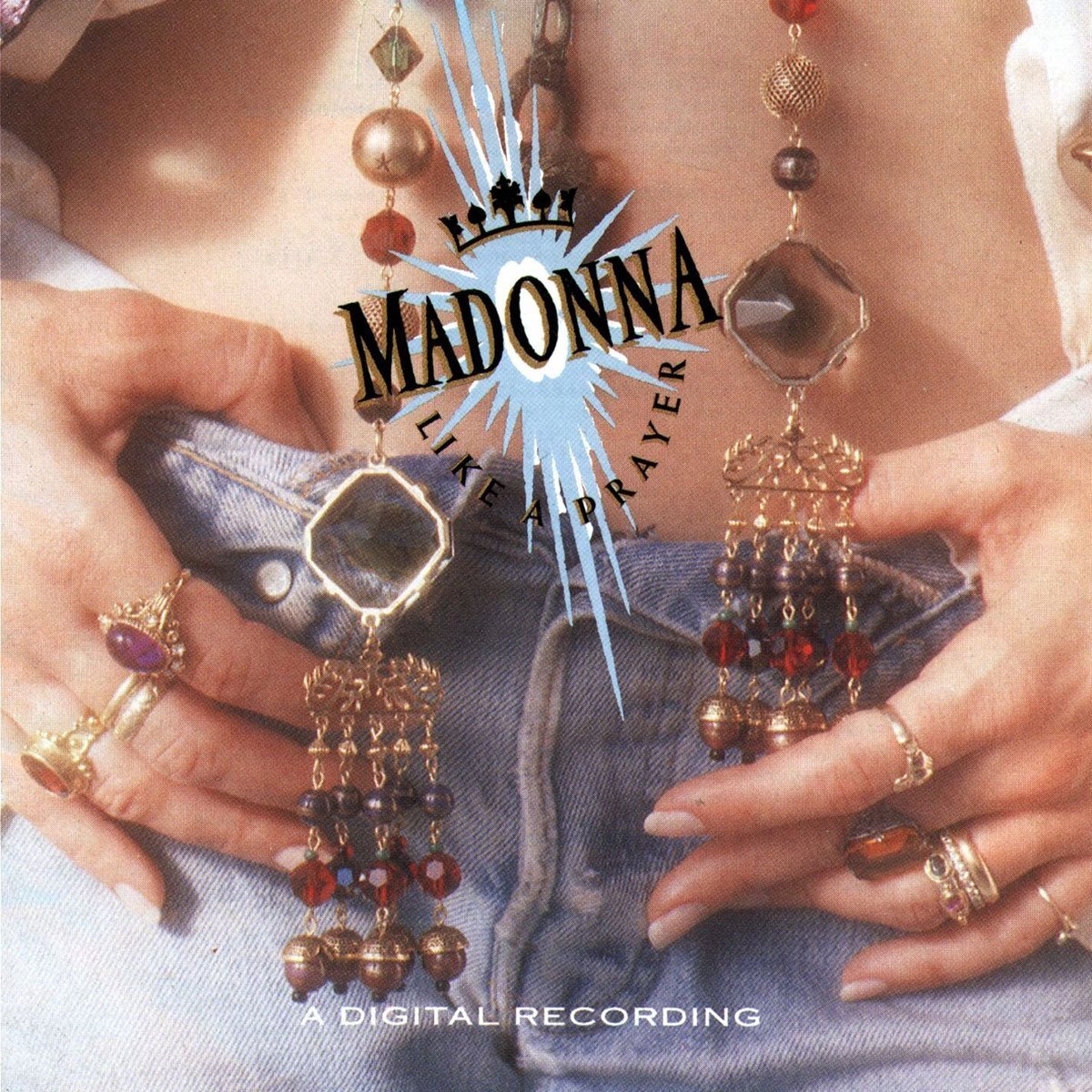 Upon revisiting Madonna’s Like a Prayer, I made a new discovery: a whirring synth on “Till Death Do Us Part,” a song about the singer’s marriage to Sean Penn, that mimics the sound of a car speeding away as the music fades. Likewise, the album begins with a slamming door—the closing of a chapter, if you will, and the beginning of a new one. The album is decidedly retro, the ultimate genre pastiche of all of Madonna’s early influences: Sly Stone, Simon & Garfunkel, the Association, the Beatles. More significantly, it found her reflecting on marriage and family, subject matter that bonds her musical influences together into a cohesive—and confessional—collection. With her voice left shockingly unpolished here, the album offers some of her most soulful, vulnerable performances. By the late ‘80s, Madonna was already one of the biggest pop stars of all time, but with Like a Prayer, she became one of the most important. Cinquemani 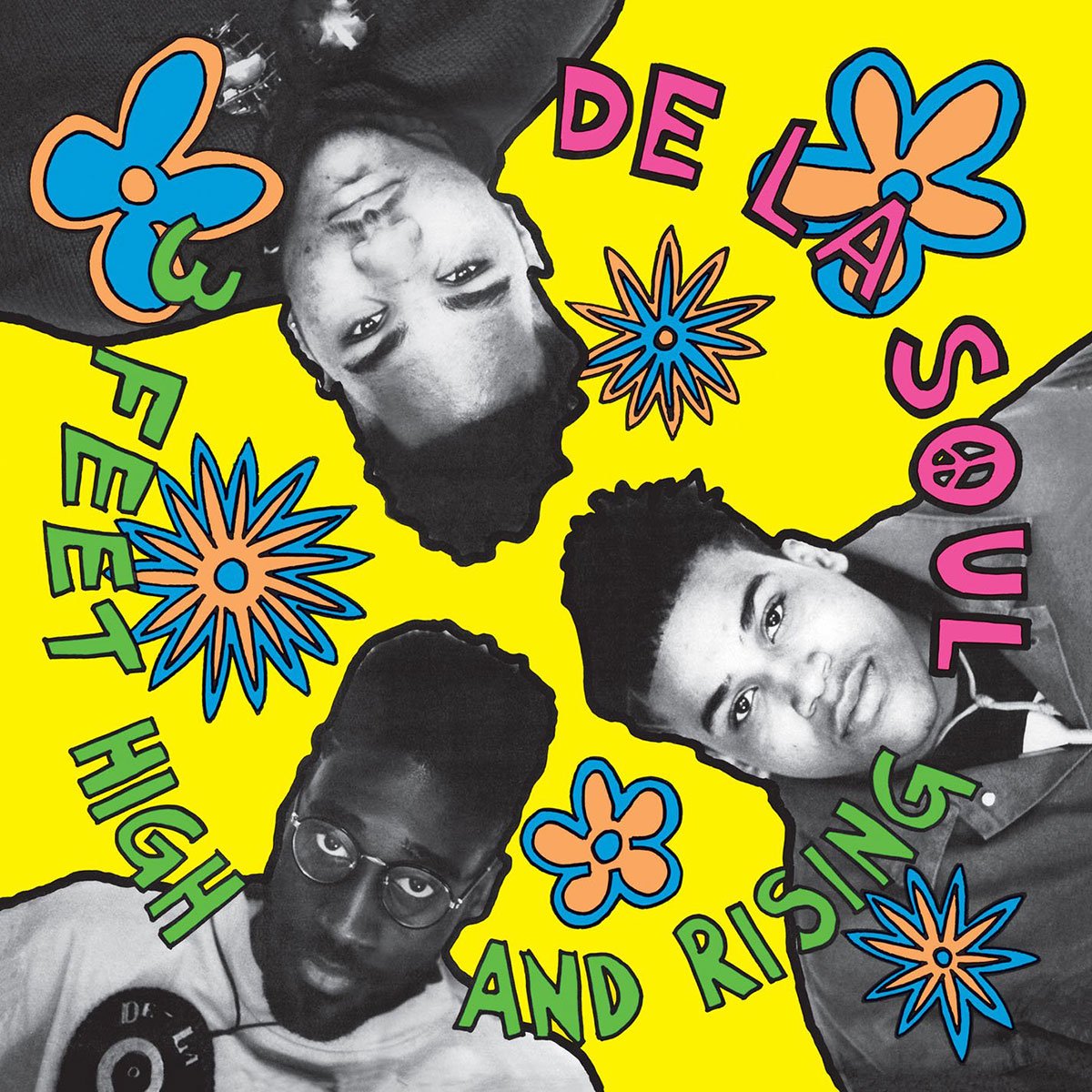 De La Soul were easy and breezy when it seemed everyone else winning the game preferred sleazy. So you just knew white folks from the Pazz & Jop roll call all the way down to college DJs in Wyoming were going to flip their token for the ‘60s utopianism and overachieving, carnivalesque sonic display of 3 Feet High & Rising (as they later would over Deee-Lite’s plastique-fantastique, vitamin C-infused inversion of underground house). But you can’t listen to Prince Paul’s stitchery with the Funkadelic bounce of “Me Myself and I,” the saxy “Potholes in My Lawn,” or the scratching of “Buddy” and still hold that against them. Henderson 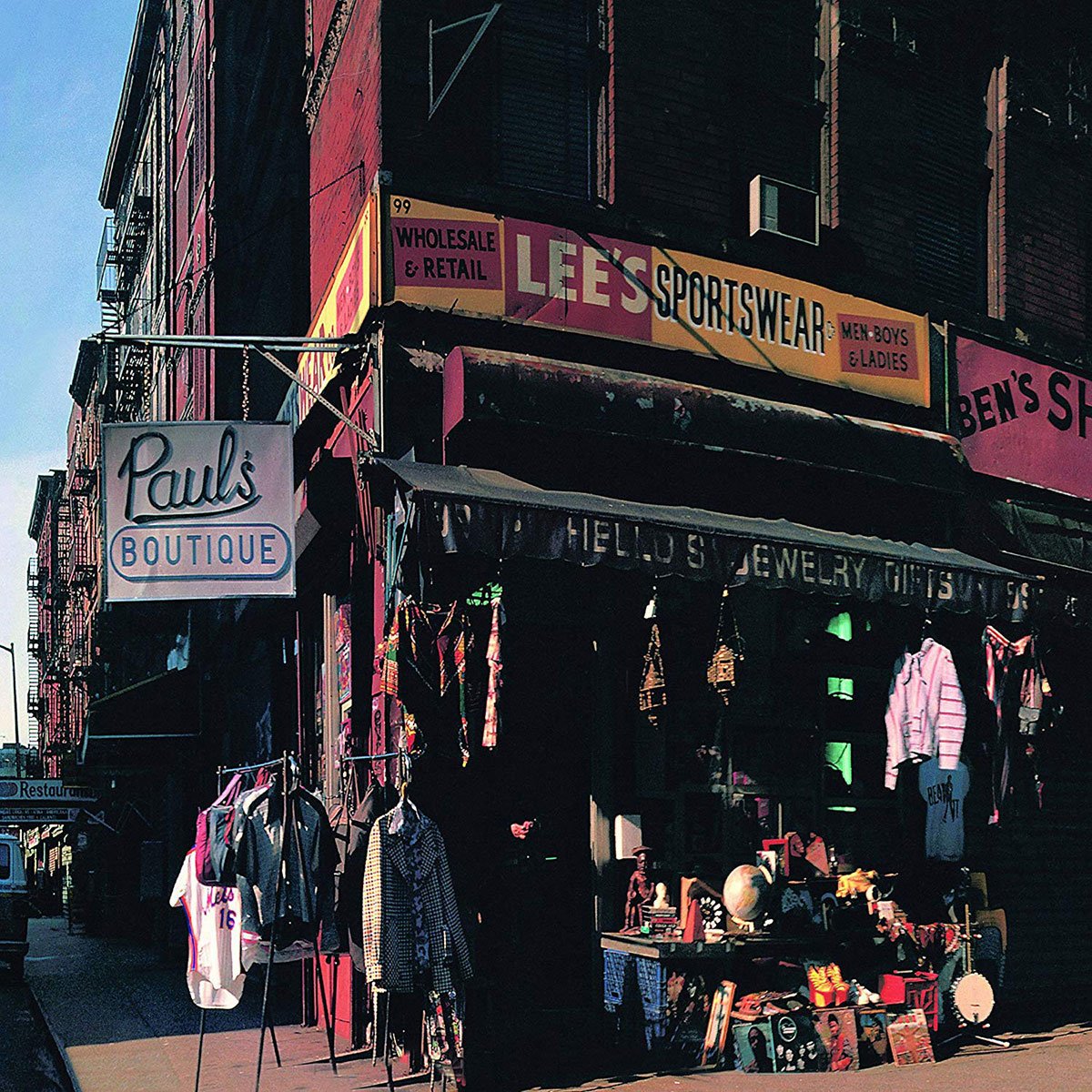 Those who dismissed the music of the Beastie Boys as hackneyed frat-boy gimmickry—and those who expected these three white Jews to descend into novelty caricatures—were forced to eat their words with the release of Paul’s Boutique. And though it was a complete commercial disaster in 1989, this spastic blitzkrieg of pop-culture references and madcap sampling marks the moment where the Beastie Boys were taken seriously as artists. The trio redefined the posse-rap dynamic with their furious to-and-fro changeovers, punctuating their rhymes with sassy samples to further energise their unorthodox sound. Paul’s Boutique is the sound of hip-hop sneaking into mainstream consciousness, purchasing property in affluent suburbia and inner cities alike, all thanks to three born-again punk rockers. Jones

The 20 Best Trip-Hop Albums of All Time

Interview: Rob Morgan on the Long Ride to Leading Man Status in Bull