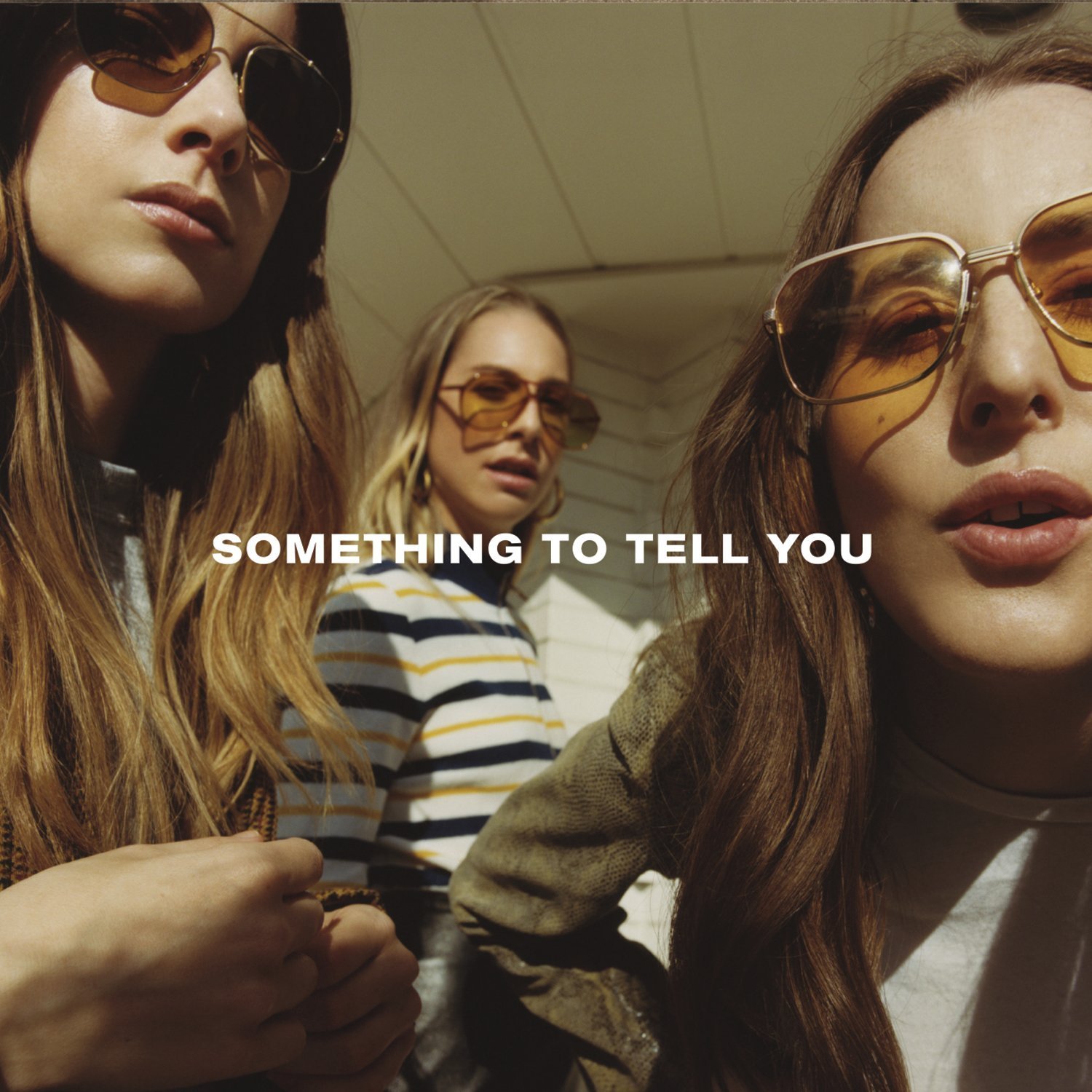 HAIM may have told Rolling Stone that their long-awaited sophomore album contains less emphasis on “studio fuckery” than 2013’s Days Are Gone. But the trio’s knack for mixing conventional instrumentation with slick digital effects remains on full display throughout Something to Tell You, even if this time around the band’s harmony-drenched sound is sparser and slightly more melancholic than on their debut. They also take fewer chances here, scaling back the offbeat inclinations of Days Are Gone and dampening the energy of their 1980s pop and ‘90s R&B flavors for a more reserved ‘70s soft-rock bent.

Something to Tell You coalesced around the ideas formed during the writing of “Little of Your Love,” which was originally intended for the soundtrack to the Amy Schumer comedy Trainwreck. Like much of this album, the song hinges on an organic foundation that gives way to electronic flourishes—like heavily modulated vocals and an ethereal Danny Elfman-esque choir effect—that dilute the song’s folkier leanings. The track is also emblematic of HAIM’s fixation on defining love in terms of locked eyes and magical moments frozen in time: “Don’t it feel like that night was from a dream.” In doing so, they largely opt for romantic platitudes over self-revelation or actual storytelling.

Though their songs are invariably about matters of the heart, HAIM makes little room for interiority. Instead, lovelorn yearning is defined in purely external terms, often to the point of conflating changes in physical proximity between two people with profoundness of affection. Lovers keep running toward or away from each other, even awkwardly doing both on “Want You Back”: “And I know that I ran you down/So you ran away with your heart.”

HAIM’s songs present narrators who seem to almost exclusively seek validation from significant others. On “Ready for You,” lead vocalist Danielle Haim sings of love as subservience, as she tells her romantic interest she’s been waiting her “whole damn life” just to “treat [him] right.” It’s a similarly dependent kind of love on “Found It in Silence,” one that’s driven by her need for an “honest man” to put her back together again.

HAIM’s shortcomings as lyricists are only made more apparent by their paring back of the unpredictably eclectic song structures of their earlier work. As a result, these 11 slickly produced tracks are kept more uniform in tone and content, to the point of repetition, and the feelings expressed sound more manufactured than genuine. Precisely wielded hooks and polished production can only carry a song so far, and it’s difficult for Something to Tell You to gain much traction when the Haim sisters convey heartsick sentiments in only the broadest and vaguest of terms.