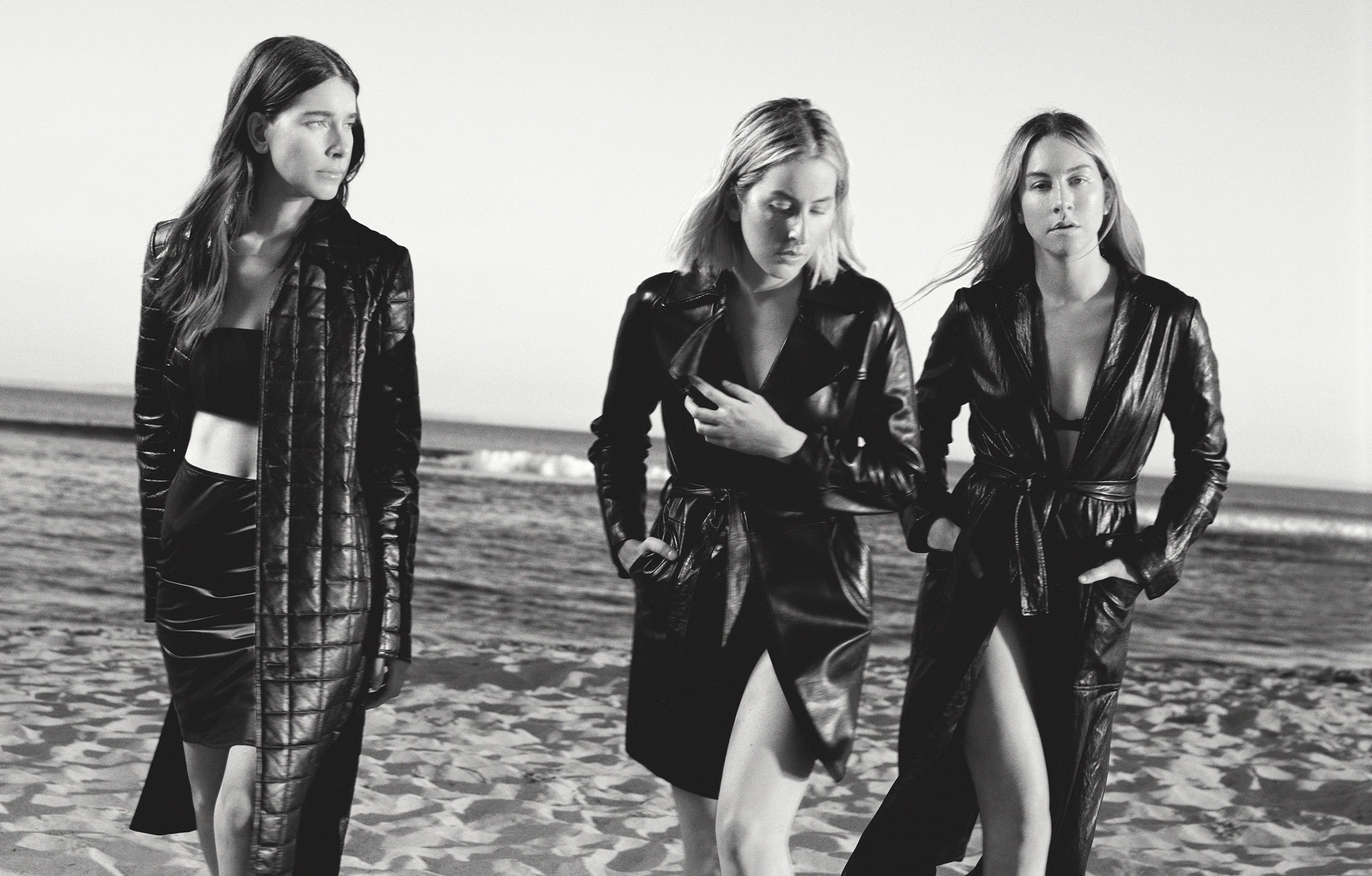 HAIM’s third album, Women in Music Pt. III, opens with “Los Angeles,” an off-the-wall mishmash of jazzy horns, light funk guitars, and dub rhythms that attempts to transpose Vampire Weekend’s distinct sound to the West Coast. It is, perhaps, an unsurprising development given that the album was co-produced by VW cohort Ariel Rechtshaid and former member Rostam Batmanglij, and that Rechtshaid’s girlfriend, Danielle Haim, is featured prominently throughout the band’s 2019 album Father of the Bride.

But while there’s plenty of genre-hopping on Women in Music Pt. III—hip-hop, reggae, folk, heartland rock, and dance—Danielle and sisters Este and Alana have created an album that’s defined not just by exploration, but by their strong sense of individuality. Unlike the sparkling, thoroughly modern production of 2017’s Something to Tell You, on which both Rechtshaid and Batmanglij also served as producers, this album’s scratchy drums, murky vocals, and subtle blending of acoustic and electronic elements sound ripped straight from an old vinyl. It’s darker, heavier fare for HAIM, for sure—a summer party record for a troubled summer.

The album’s title is tongue-in-cheek: Danielle, Este, and Alana aren’t known for singing about gender politics so much as hook-ups, breakups, and all of the points in between (“3 AM,” for one, finds Danielle contemplating her response to a wee-hours booty call). But the same could be said of a feminist icon like Joni Mitchell, whose influence looms large—perhaps too large—over back-to-back cuts “I’ve Been Down” and “Man from the Magazine.” A stripped-down acoustic missive, the latter recounts an experience Este had with a skeevy reporter who asked her if the exaggerated faces she makes on stage are the same ones she makes in bed. “What do really want me to say back?” Danielle scoffs. “Is this what you think making a pass is?”

HAIM’s brand of feminism is otherwise less explicit, manifesting in their unapologetically unfiltered, fiercely independent persona. “The Steps” is the album’s most cathartic moment: “I can’t understand why you don’t understand me,” sings Danielle, who isn’t one to mince words. “And every day I wake up and make money for myself/And though we share a bed you know that I don’t need your help,” she bellows. With its ecstatic octave-jumping hook and braying guitar licks, “The Steps” is a nearly perfect pop-rock song. So, for that matter, is the sleepily chugging “Up from a Dream,” while the infectious “Now I’m in It” and “Don’t Wanna” blend synths and guitars so deftly that the line between pop and rock remains blurred. (Anyone still skeptical of HAIM’s rock n’ roll bona fides is likely to be won over by Danielle and Alana shredding dueling acid-drenched guitar solos at the end of “FUBT”).

While only one of its songs exceeds four minutes, Women in Music Pt. III runs a bit long at 16 tracks, including a trio of singles that were released last year and are sequenced unceremoniously at the end of the album. While “Now I’m In It” meshes well with the rest of the material, the folksy “Hallelujah” and the generic groove track “Summer Girl”—which borrows heavily enough from “Walk on the Wild Side” that Lou Reed receives a writing credit—stick out on an album that otherwise flows sublimely. And with such thorough melding of influences to be found elsewhere, the more bald-faced genre exercises—hip-hop on “3 AM,” reggae on “Another Try”—come across as a bit lazy.

Yet, HAIM’s instincts to veer a little more left of the dial on Women in Music Pt. III result in an album that strikes a deft balance between the experimental and the commercial, the moody and the uplifting. You’re unlikely to hear these songs on Kroger’s in-store playlist—on which 2017’s “Little of Your Love” seems to have become a permanent staple alongside the likes of “Eye of the Tiger” and “I Wanna Dance with Somebody (Who Loves Me)”—but these songs are riskier, and ultimately that much more rewarding.