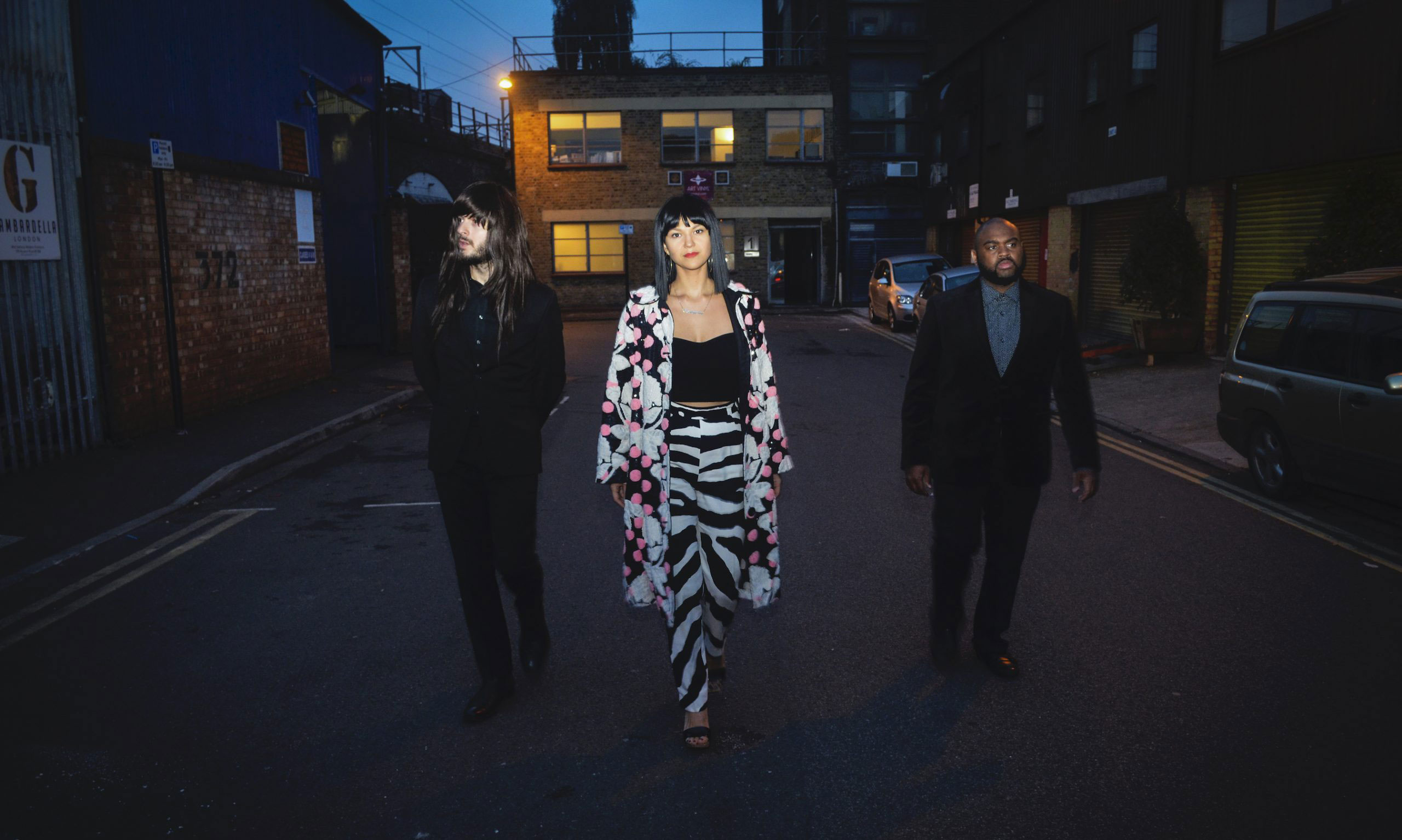 A live act at heart, Khruangbin performs at the leisurely pace of experienced improvisational musicians, while their songs are judiciously pared down to playlist-friendly lengths ideal for your local Starbucks. But the Houston rock trio’s output can hardly be categorized as “easy listening.” Khruangbin’s homage to eclectic musical traditions from around the world demands close attention. The band’s third album, Mordechai, coalesces the balmy Southeast Asian-influenced rock of 2015’s The Universe Smiles Upon You and the baroque Iranian psychedelia of 2018’s Con Todo El Mundo, injecting it all with a generous helping of funk. All the while, the ornamental, unhurried grooves maintain Khruangbin’s signature air of reverence and abundance, ensuring that each song unfolds organically.

The album’s opening track, “First Class,” launches the album into a dreamy stratosphere, as the band—whose name means “airplane” in Thai—details the opulence of a first-class flight over shimmering guitars. This euphoric yet playful tone permeates much of the rest of the album, which unlike the group’s past efforts, incorporates vocals into all but one of the tracks. Lead single “Time (You and I)” offers an Edenic proposition, smokily sung by bassist Laura Lee: “We can play like children play/We can say like children say.” She beckons us to shed the concerns and judgments of adulthood and rediscover the world through the eyes of a child.

Having gained renown primarily as an instrumental band, Khruangbin mastered the dimensions of their sonic blueprint early on. Propelled by drummer Donald “DJ” Johnson’s tumbling backbeats, Lee’s meandering bass often provided the heartbeat of each of the band’s songs, while Speer’s guitar, laden with brambly hammer-on passages that evoke Middle Eastern rock, served as a lush accent. This interplay spared little breathing room for vocals; the rare mantra-like chant would be a word or phrase sung by the trio and sustained, as if the vocal were itself another instrument adding to the mix.

By contrast, there’s only one true instrumental on Mordechai, the pensive “Father Bird, Mother Bird,” and half of the album’s tracks boast entire verses and choruses. What was once implied is now overtly articulated. Lee’s ruminations on memory surface on “Connaissais de Face,” a Thai surf-rock jam interspersed with a conversation between two old friends. One remarks to the other, “Time changes everything,” a truism that seems hackneyed until it’s put into relief with the friends’ struggle to reconcile the old and new versions of themselves.

On the tender “Dearest Alfred,” Lee gives thanks to a loved one after receiving a letter that transports her to their shared past: “Can you imagine the joy/When I received your wonderful letter?/Your letter is the best gift.” For Khruangbin, the act of recollection entails articulating past emotions. Language, be it a bittersweet heart-to-heart or the scribbled thoughts of a letter, enables us to historicize the past—the closest we can ever come to reliving it.

Armed with this special regard for memory, the band confronts the impetus of the present with open eyes and arms. The Spanish-language “Pelota” is a playful jaunt situated at the intersection of Iranian rock and Afro-Colombian cumbia. Lee compares herself to a ball of soot traversing life’s peaks and valleys, at once acknowledging her smallness and the immensity of the chaos surrounding her. Still, she adopts a stance of acceptance: “Pero quiero amar el desastre/El desastre que es mío” (“But I want to love the disaster/The disaster that is mine”).

This effort to appreciate the present before it slips away into the recesses of memory forms the album’s foundation. While past Khruangbin albums risked coming off merely as studied tributes to the microcosms of Thai and Iranian rock, Mordechai finds Khruangbin coming into their own, thanks to the band’s lyrical development and the honing of their fusion of intercontinental influences. As the adage goes, there’s nothing new under the sun, but Mordechai makes a case that maybe there just might be.

Review: HAIM’s Women in Music Pt. III Is Defined by a Strong Sense of Self