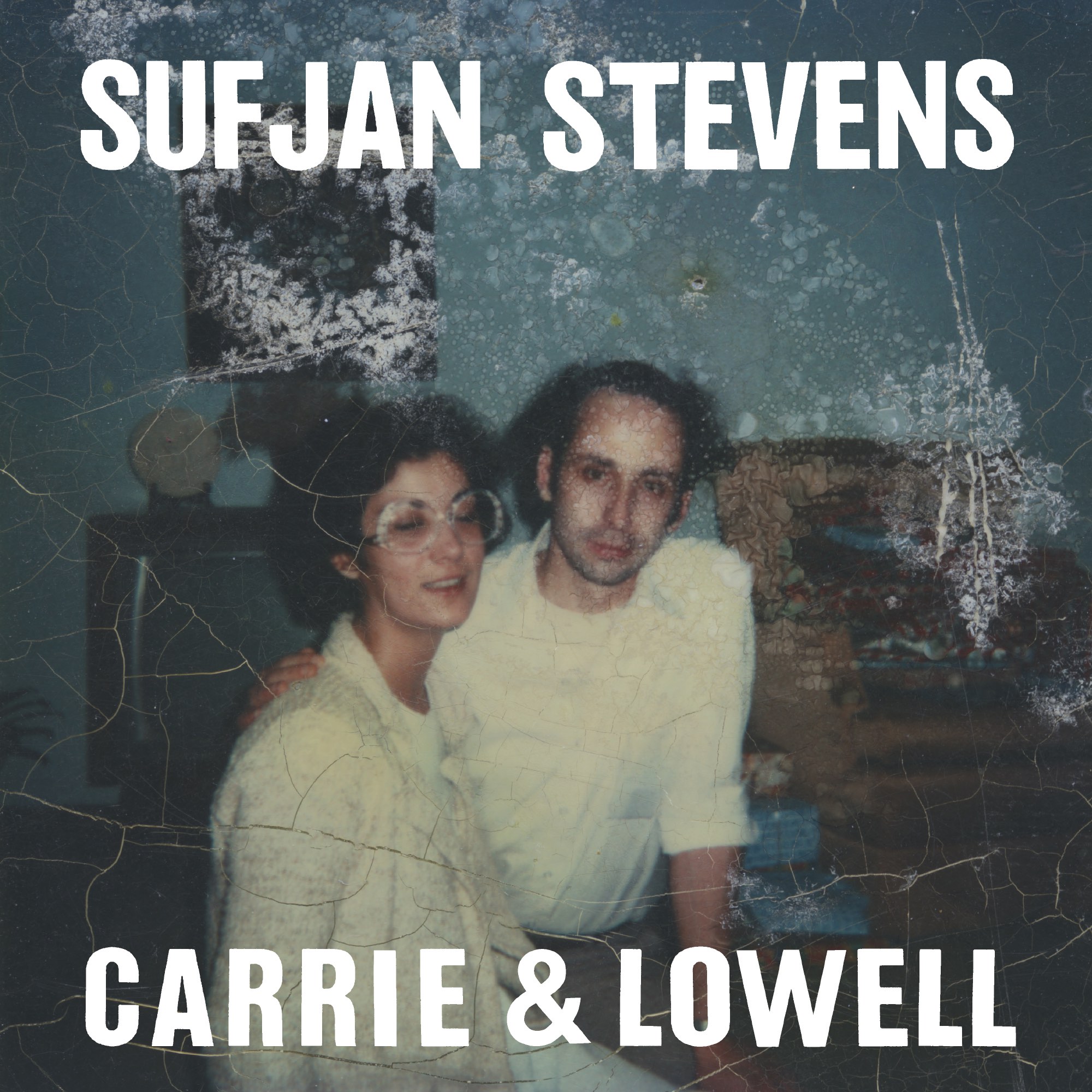 Sufjan Stevens has had one of the most eclectic and ambitious, almost manic, careers in contemporary independent music. He’s written everything from a ballet score to a long-form symphony for the Brooklyn-Queens Expressway, and he’s recorded more Christmas albums than Bing Crosby. All of which makes his latest album, Carrie & Lowell, something of a departure. For one thing, he hasn’t made an album this restrained in its sonic palette since 2004’s Seven Swans, which is Carrie & Lowell’s most obvious point of reference in the rest of Stevens’s oeuvre. For another, he’s never produced an album this nakedly autobiographical, so stripped of complex conceptual trappings (e.g. the proposed, then abandoned, 50-state project that resulted in Illinois and Michigan).

Musically speaking, most of the tracks on Carrie & Lowell consist solely of double-tracked picked guitar, nearly inaudible synth beds, and varying layers of Stevens’s almost whispered voice. Despite the superficial and structural similarities between the tracks, however, subtle textural differences emerge upon repeated listens. If The Age of Adz harnessed Stevens’s limpid melodies to crashing electronica, Carrie & Lowell finds that electronic experimentation sublimated, emerging primarily in the album’s timing, which, like a click track, is more precise and mechanical than anything on Stevens’s purely folk efforts. The formal relationship between sequencers and folky guitars mirrors and augments the incongruity between the songs’ melodies and the tone of the lyrics (take, for example, the chipper synths that play, sounding like a ringtone, while Stevens sings, “I should’ve wrote a letter/Explaining what I feel, that empty feeling,” on “Should Have Known Better”). There’s nothing groundbreaking here though. In fact, the music is unassuming enough to result in a deliberate foregrounding of the lyrics.

Stevens’s songs continue to retread the history and almost-nuclear aftermath of his relationship with his mother, Carrie, who died in 2012 after struggling with substance abuse, schizophrenia, and depression. (Stevens remains on good terms with his stepfather, Lowell, the CEO of Asthmatic Kitty). Oregon, where Stevens spent three consecutive summers with his mother and stepfather, receives enough mention, from Spencer’s Butte to the Tillamook Burn forest fires, that Carrie & Lowell could almost serve as a third state album, but as Stevens said in a recent interview, “This is not my art project; this is my life.”

Even without knowledge of that biographical background, though, the songs provide a warped and partial image of Stevens’s childhood: “When I was three, three, maybe four/She left us at that video store,” he sings on “Should Have Known Better.” Despite Stevens deeming the album “artless,” many of the images the lyrics evoke are hermetic, or coded through myth and a long poetic tradition. Purcell’s “Dido’s Lament,” in which Dido, abandoned by her lover, commits suicide by self-immolation, is referenced on the title track, while on “The Only Thing,” Stevens positions himself first as Perseus, having just slain Medusa, and then as an Oedipus figure: “Should I tear my eyes out now/Before I see too much?” Awash with suicidal impulses, Stevens finds that his only options in the song for dealing with his mother’s impossibly heavy memory is either killing her ghost or letting it kill him. Thankfully, the album doesn’t end there.

The final three songs find Stevens shifting to another figure equally marked by absence. On “John My Beloved,” a haunting love song addressed in part to Jesus Christ, the singer-songwriter faces the difficulty of negotiating between the apparent finality of death and the “mystery” of faith: “They said beware, Lord, hear my prayer: I’ve wasted my throes on your head.” But he persists, “Jesus I need you, be near, come shield me.” Throughout the album, in the midst of its difficult testament to suffering, neglect, abuse, loneliness, and death, Stevens holds out hope for intimacy and the breaking of a destructive cycle. On “Should Have Known Better,” he notes, “My brother had a daughter/The beauty that she brings, illumination.” That hope for illumination, rather than the blindness of grief, is what lingers.

Review: Modest Mouse, Strangers to Ourselves

Review: Allison Moorer, Down to Believing