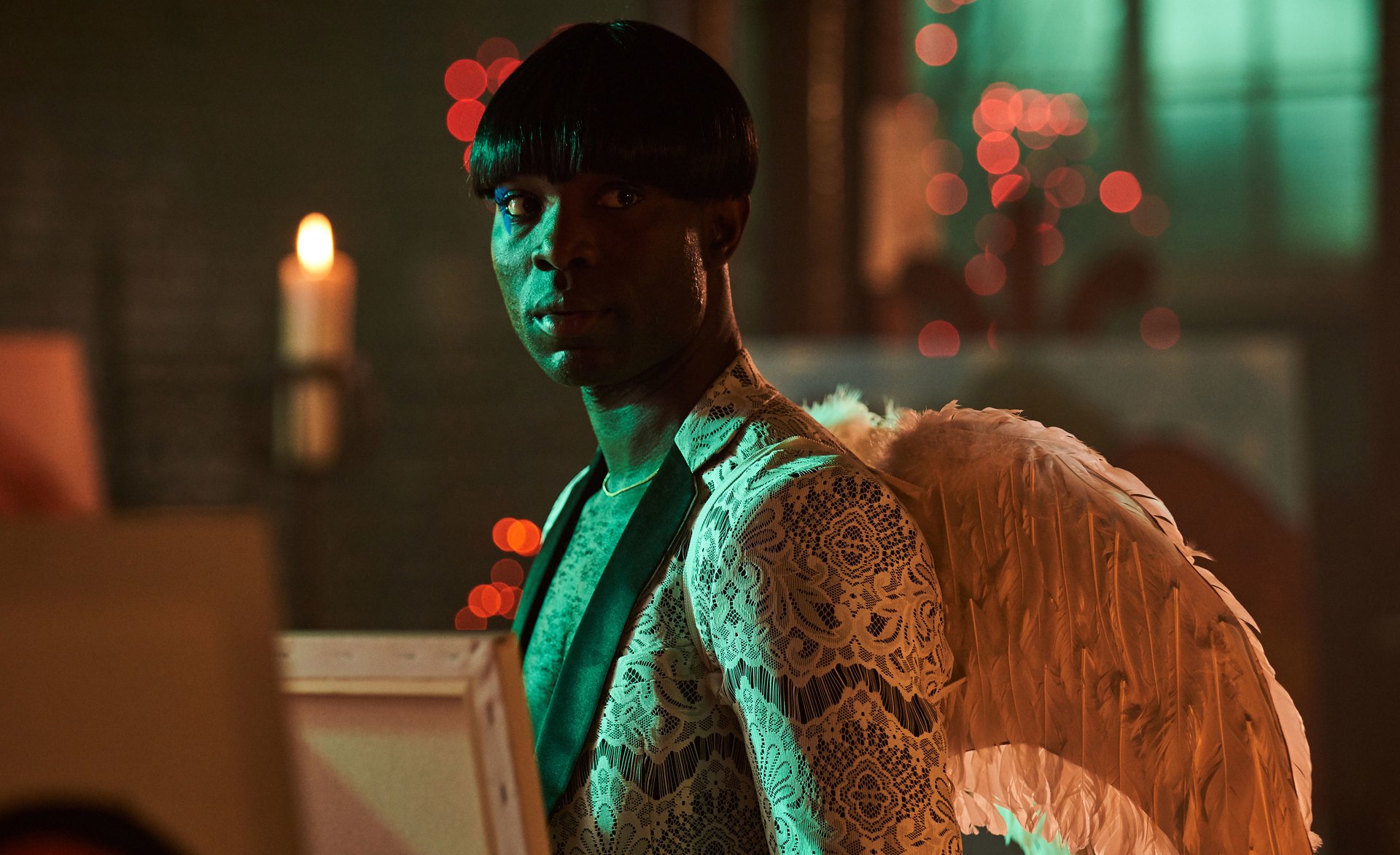 The best TV shows let us live vicariously through their characters: their wealth, their romances, their happiness and rage. Their world-building can transport us to other times, countries, and universes. But in the wake of 2020’s Covid-19 pandemic, even the most mundane TV moments had the potential to be aspirational. We watched people live mask-less lives, among friends, family, and even crowds of strangers.

With so many public events shut down—or, in the case of sports games, peopled by bizarre simulated crowds—TV this year became, more than ever, our distraction of choice. New shows became impromptu cultural events: The Queen’s Gambit sparked a renewed interest in chess, born out of our months-long solitude, while our fascination with weirdo fuckups manifested the collective embrace of the Tiger King. Even old shows found new lives through wider streaming availability, as the sardonic, hilarious misery of The Sopranos tapped into our current anxieties about generational rot and the mess left for the future.

When we have less going on, we look to entertainment to speak for us. The drama, the relief, the tension, and the comedy hits harder. Shows like Ted Lasso, The Good Place, and Joe Pera Talks with You are often praised as some sort of balm for our times, their gentler quality representative of “what we need right now.” But we need to give voice to other things too: despair and alienation (Perry Mason, Unorthodox, and I Am Not Okay with This); introspection (I May Destroy You and The Virtues); and our complicated feelings about companionship and the prospect of needing other people (We Are Who We Are, Primal, and Normal People).

When locked away from the world, the vicarious experience amplifies. The way we perceive TV is changed, at least for now. But whether we latched onto entertainment because it revealed some inner truth or simply because everything looks like a mirror in the midst of cabin fever, these are the shows that spoke to us most in a year where everything seemed to speak to us more loudly than ever before. Steven Scaife 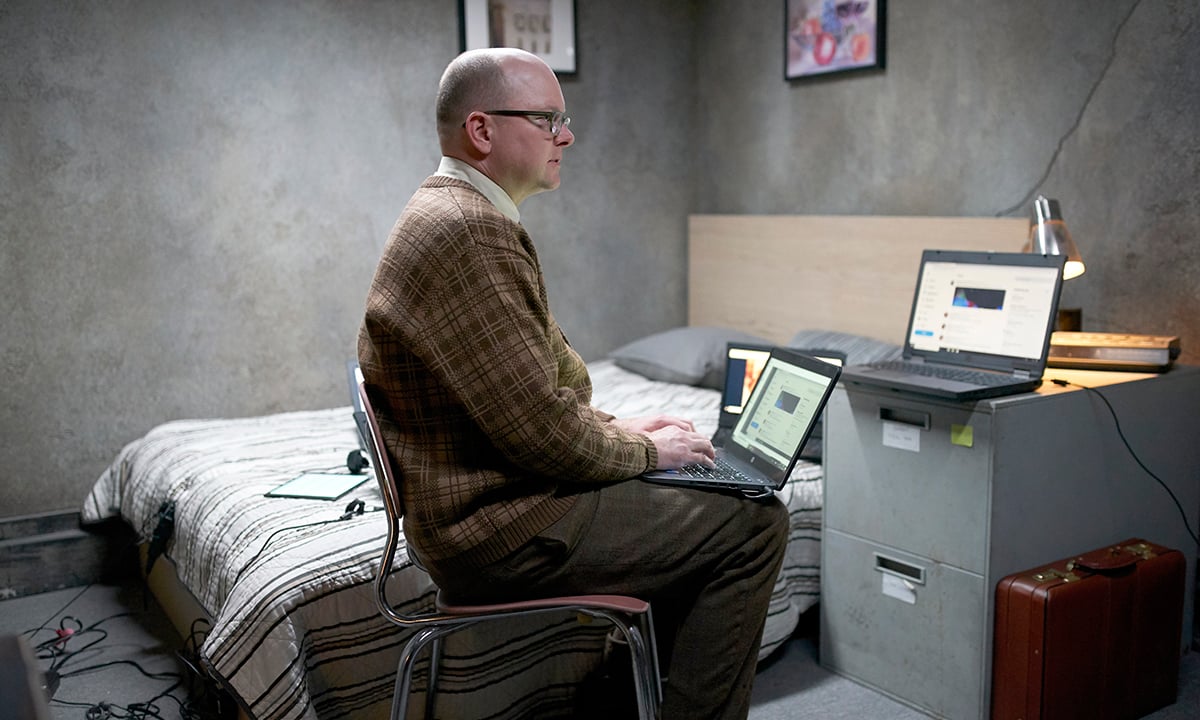 Sequestered in modern-day Staten Island, the ancient vampires of What We Do in the Shadows are woefully out of touch. Early in the mockumentary’s second season, a rare invitation to a human party delights and then disappoints them, when they realize that they’re celebrating the Super Bowl rather than a Superb Owl. The riotous escapades that Nandor (Kayvan Novak), Laszlo (Matt Berry), Nadja (Natasia Demetriou), and Colin Robinson (Mark Proksch) stumble into highlight relatable fears—lost time, growing irrelevance, unwelcome solitude—and gradually reveal the tragic and poignant truth that underlies the show’s otherworldly comedy: these bloodsuckers want out of their monstrousness and in to human society. Meanwhile, they deny Guillermo (Harvey Guillén), Nandor’s meek familiar, his wish to become a vampire not out of principle, but out of apathy—pushing away the one person who cares about them and unknowingly nudging him toward his vampire-hunting destiny. The joke, it seems, is on them, for hoping for an escape from their centuries-long drift into obsoletion that doesn’t involve a stake in the heart. Niv M. Sultan 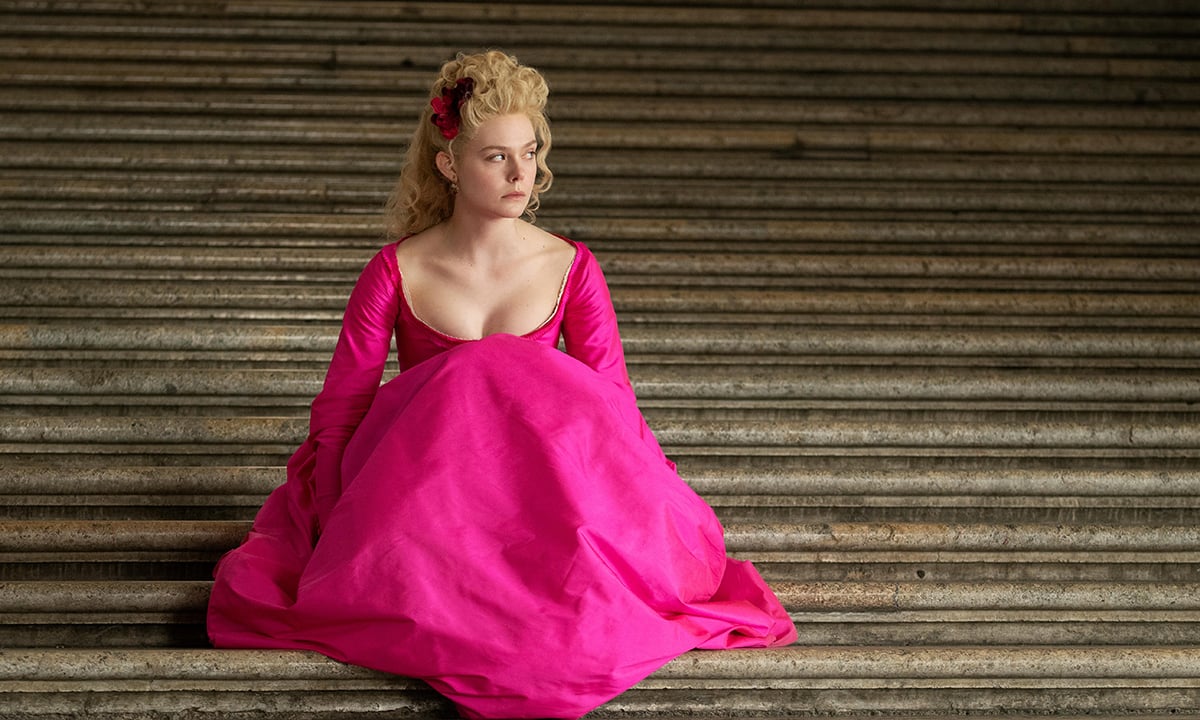 Like Yorgos Lanthimos’s alternately riotous and poignant The Favourite, which series creator Tony McNamara co-wrote, The Great rejects the commitment to historical fact that burdens many period pieces. The series chronicles the attempts of the future Catherine the Great (Elle Fanning) to depose her new husband, the doltish Emperor Peter of Russia (Nicholas Hoult), with gleeful irreverence. Its jarringly crass dialogue, abundant in period-drama affect and dripping with verve, initially highlights Catherine’s alienation as a naïve idealist, prim and proper and shocked by her court’s vulgarity. In time, however, Catherine embraces crudeness, her speech assuming the harsh bloodiness that lands crowns atop usurpers. The Great occasionally lends startling poignancy to its depiction of Peter, a vicious man-child more interested in philandering than leading. Moments that expose Peter’s vulnerability, like a shot of him curled up on a statue of his father, render his arrested development more tragic than laughable. They also make the tension nestled in the show’s title increasingly plain: Great is both what Catherine will become and what Peter will never be. Sultan 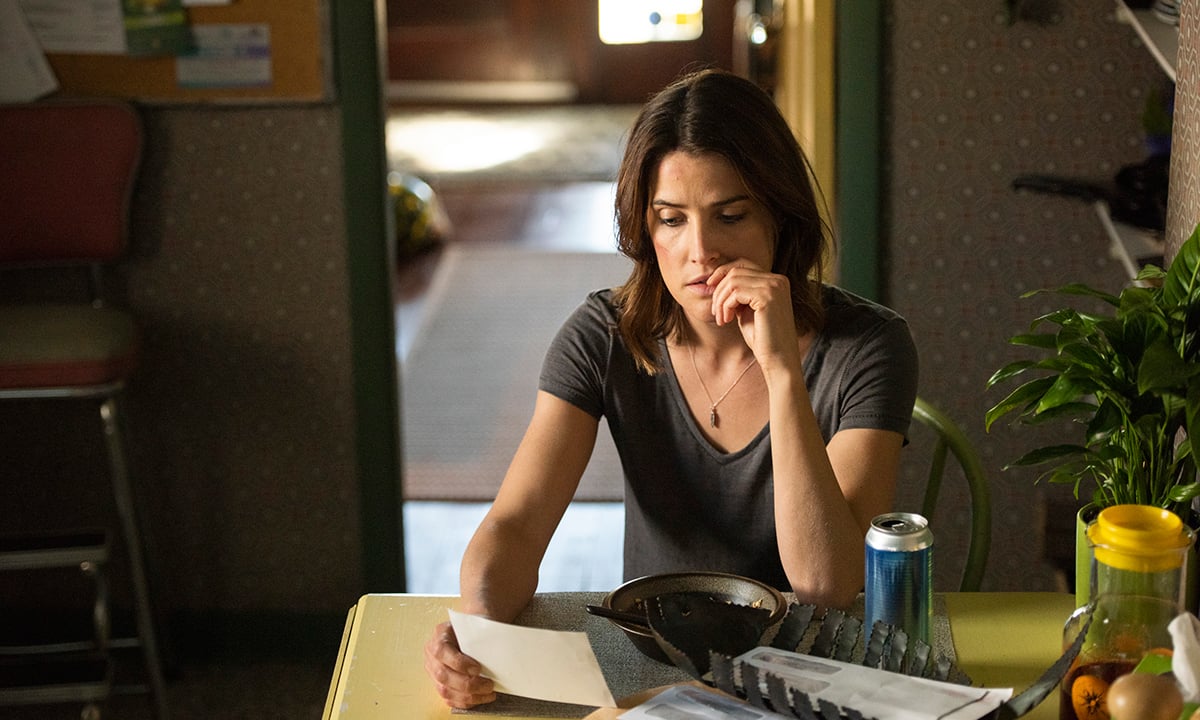 ABC may have reversed its decision to produce a second season of this scrappy drama following resourceful but troubled private detective Dex Parios (Cobie Smulders), but that still leaves 18 lively episodes, half of which aired in 2020. Expanded from the comic book series by Greg Rucka, Matthew Southworth, and Justin Greenwood, Stumptown brings a welcome character-driven approach to the familiar network-TV crime-procedural template, focusing on military veteran Dex’s issues with guilt and PTSD, without ever compromising her sarcastic confidence. Smulders combines the comedic charm she displayed in How I Met Your Mother with the gritty determination of her turns in the Marvel Cinematic Universe, while Jake Johnson as Dex’s best friend and Michael Ealy as her police source give the show’s Portland a lived-in feel that exists at the intersection of artisanal hipster culture and black-market criminal activity. Yes, there’s a love triangle, and there are some predictable cases of the week, but at its best, Stumptown evokes the lighthearted, fleet-footed private-eye series of the ‘70s and ‘80s, when the rumpled, weary crime-solver would wrap up each mystery with a smile and a sigh. Josh Bell 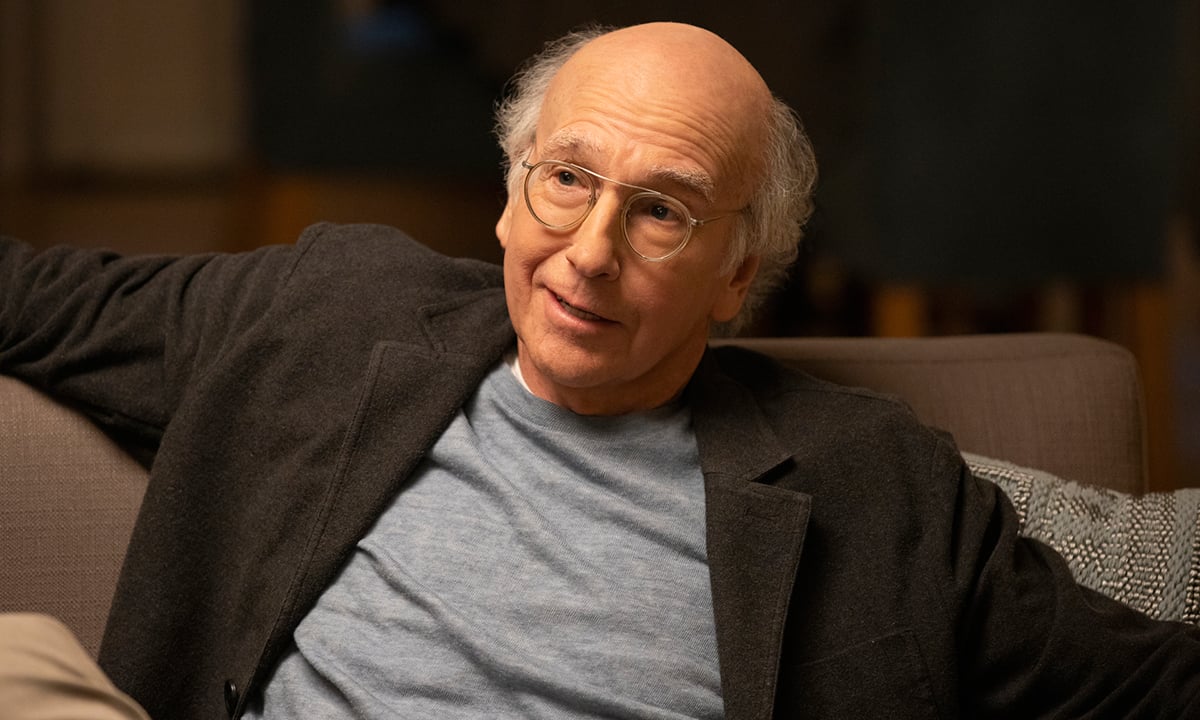 With each new season of Curb Your Enthusiasm comes the concern that the hijinks of creator/writer/star Larry David may eventually tip over into out-of-touch cringe, as the series is so deeply rooted in a kind of upper-class myopia. And yet, true to his alter ego in the show, David somehow comes out largely unscathed, with the 10th season making light of such topics as sexual harassment, white supremacy, and cancer without ever going for the cheap shots you’d expect. One would be forgiven for balking at the mere presence of Harvey Weinstein references and MAGA hats, subjects that had seemingly lost all comic potential well before January’s airing of the season’s opener. But Curb Your Enthusiasm’s success has always been powered by conscious agitation, making absurd the rituals and discourses du jour, then generating high-wire screwball comedy in the unraveling of decorum. Key to this carnivalesque spectacle is the way in which the 10th season’s elaborate plot—a long-game of petty vengeance in which Larry becomes a coffee shop entrepreneur just to humiliate “Mocha Joe,” the competitor whose scones he doesn’t like—treats no character as a moral compass, and certainly not Larry himself. They’re all just working their own grifts. Carson Lund 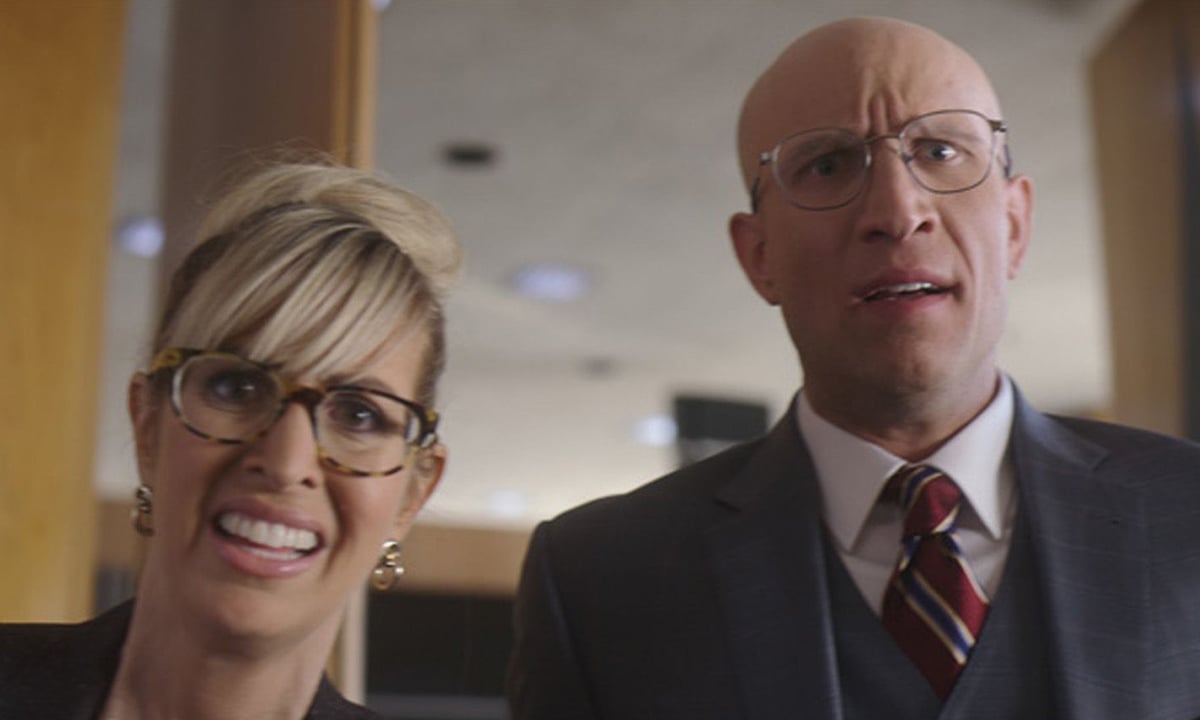 This dark satire of life in middle management at a giant, soulless corporation never quite reached beyond a cult following, but creators Matt Ingebretson, Jake Weisman, and Pat Bishop stuck to their hilariously bleak vision all the way through the third and final season. Unlike in The Office, where the employees at Dunder Mifflin built a makeshift family while doing their mind-numbing jobs, everyone at Hampton DeVille is miserable and connections among co-workers are just a fleeting way to distract from the emptiness of existence. Even as that sense of futility expanded outward in the show’s final episodes, Comedy Central’s Corporate remained bitingly funny and even weirdly hopeful in its nihilistic attitude. If nothing matters, then there’s no reason not to indulge whatever weird whim comes to mind. The main characters, played by Ingebretson and Weisman, will never leave their jobs and will never achieve anything meaningful, but at least they can approach their existential despair with a laugh. Bell