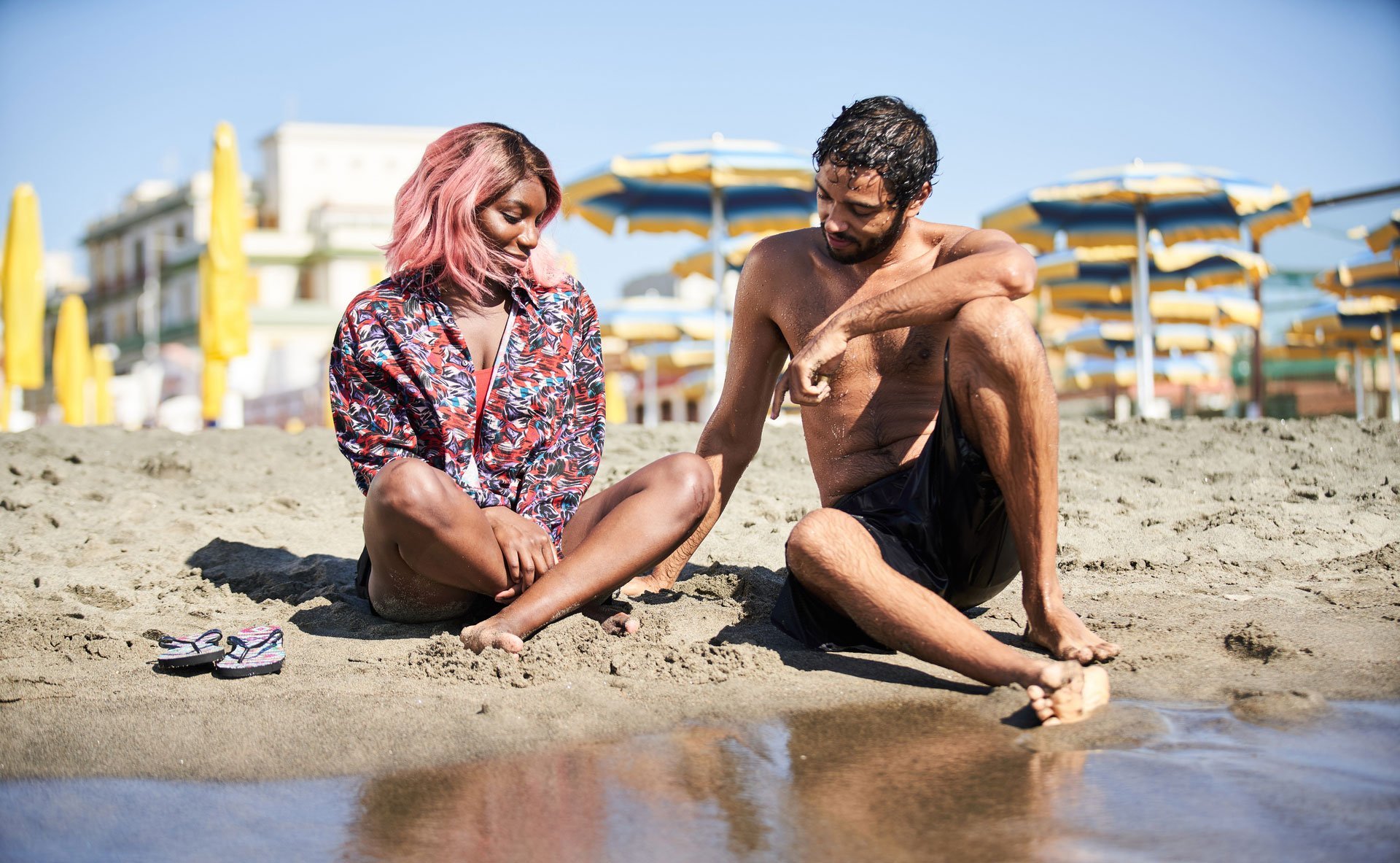 In “Ego Death,” the final episode of the British comedy-drama I May Destroy You, actress, writer, and series creator Michaela Coel confidently defies convention and, with it, any expectation that the events of the series, like life, can be tied into a tidy knot. Privileging character over plot, I May Destroy You has no need for the kinds of melodramatic reveals on which other cable dramas like Big Little Lies rely, and it proves no less revelatory on that front.

Coel draws one of the most nuanced portraits of sexual assault and its psychological fallout ever depicted on TV, and along the way captures the milieu of black millennial Londoners with precise and vivid detail. For all the lived-in verisimilitude of its world, though, I May Destroy You also smoothly incorporates psychologically subjective and allegorical elements: The bar in which Arabella is assaulted is called Ego Death (a perfect summation of the consequent disintegration of her identity), and the book on sexual assault that she’s writing throughout the series is likely an in-text reflection of the creation of I May Destroy You itself.

In the first episode, “Eyes, Eyes, Eyes, Eyes,” we join the Ghanaian-British Arabella (Coel) as she returns to London from Italy, where she’s been working on a follow-up to her published collection of social-media musings, Chronicles of a Fed-Up Millennial. Or at least that’s what she’s told her literary agent (Adam James) and financier (Natalie Walter), as the trip was actually motivated by a visit to her on-again, off-again beau, Biagio (Marouane Zotti), who remains noncommittal about their relationship as she departs. Back in London, she’s welcomed by her group of steadfast friends, including Simon (Aml Ameen), who convinces her to suspend her all-night scramble to finish her book draft and join him at the Ego Death.

There, Arabella’s drink is spiked and, as she later comes to remember and even more slowly comes to accept, raped in a bathroom stall by an unknown assailant. Brief point-of-view flashbacks to the attack that recur throughout the series complement Coel’s larger fascination with the role that memory and its interpretation play in the formation of identity. Longer, structural flashbacks in many episodes challenge our perspective on Arabella’s present and often serve to undermine our presumptions about victimhood and blame.

Hardly a cowed victim, but shaken and traumatized, Arabella reevaluates and rebuilds her life after her attack. It’s been said that the world is revealed in breakdown—that you don’t know how a car works until your carburetor fails. Arabella’s assault forces her and her closest friends, Terry (Weruche Opia) and Kwame (Paapa Essiedu), to examine their own sexual encounters, relationships, and histories, leading them to disconcerting conclusions about the various roles they play in relation to each other and their sexual partners.

Similar to its exploration of the multiple dimensions of a person’s identity, I May Destroy You depicts the different forms that sexual assault can take, not all of it as immediately readable as Arabella’s violent rape, and not always committed by obvious villains like the man (Lewis Reeves) in Arabella’s flashbacks. The series delivers an illustration of how someone can be violated even after consent is given: We repeatedly see men use deception to get people in bed, or deploy it once they’ve already starting hooking up. Kwame finds it impossible to process his own sexual assault, personally or legally—in part because the justice system proves to have even less infrastructure for dealing with the rape of gay men—and diverts his anguish into a distasteful act of sexual mendacity. Terry comes to rethink a threesome she ostensibly opted into, whose circumstances we explore in a flashback to her and Arabella’s first trip to Italy.

But Coel isn’t simply out to demonstrate the many variations of sexual assault in the manner of a sex education video; rather, I May Destroy You examines how sexual, racial, and gender exploitation weave themselves into people’s identities and attitudes. Episode three, “Don’t Forget the Sea,” crucially plants the seed of the unexamined tension within Arabella and Terry’s friendship. As in almost any long-term close friendship, both have committed inconsiderate slights against the other, but, as two black women in a sexist and racist society, such petty affronts come with high stakes. Allowing her characters to respond imperfectly to each others’ crises, Coel foregrounds the importance of forgiving individuals within a broken society—daringly including among the forgiven characters who have unambiguously crossed a sexual “line spectrum border” (the title of the show’s eighth episode).

I May Destroy You doesn’t define its characters through moral dichotomies. Episode six, “The Alliance,” poignantly explores the tangled social hierarchy that gives a measure of institutional power to white girls, but also can allow black boys to assert a form of male privilege, as a flashback to a racially and sexually charged incident that occurred when Arabella was in high school blurs the line between victim and perpetrator. And the tenth episode, “The Cause the Cure,” presents what’s probably the show’s most moving representation of the yin-and-yang influence that loved ones can have on the course of our lives, juxtaposing Arabella’s realization of a truth about her beloved father (Yinka Awoni) with her processing of her and Terry’s own betrayals of each other’s sisterly trust.

Arabella’s circuitous route to recovery feels deeply personal, but at the same time, her story touches on more universal aspects of life for someone of her gender, race, and age. At once hyper-local and global in its concerns, I May Destroy You feels eminently contemporary, a necessary artistic distillation of a distinctly modern form of life. With the series, Coel gives voice to a generation of black and brown millennials whose realities don’t reflect the fantasy of a post-racial, post-feminist society that many have tried to wish into being.

Review: We Are Who We Are Perceptively Homes in on the Malleability of Boundaries