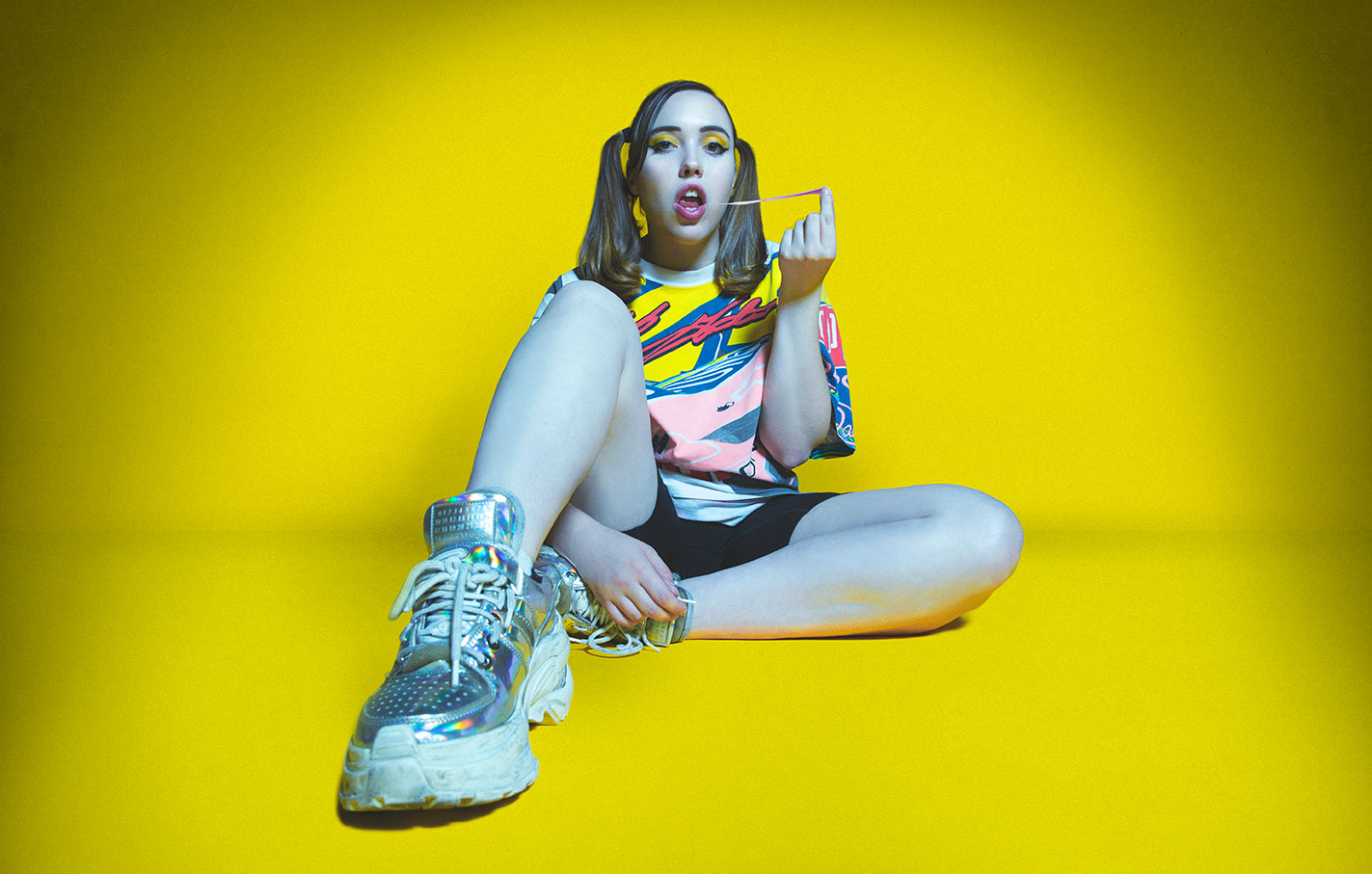 With 2018’s Clean, Soccer Mommy’s Sophie Allison emerged on the scene sounding a lot like a moody indie rock incarnation of Taylor Swift. That album’s “Your Dog” and “Cool” are effortless anthems that possess the same instantly anthemic quality as many of Swift’s mega-hits. But the main connection between the two is a pseudo-adolescent outlook wherein their dating lives and associated travails are elevated to matters of life and death. Just 20 at the time of Clean’s release, Allison was consumed by thoughts like “She’s so pretty/Even more than me.”

With Color Theory, Allison raises the stakes. Slicker than Clean, and beefed up by her touring band, the album’s sparkling guitars and restrained studio sheen bring her sound closer to, if not Swift, then familiar ‘90s alt-rock touchstones like Built to Spill and Sebadoh. Allison’s progression as a songwriter is more acutely evident in the album’s darker, weightier subject matter: Continuing to draw on personal experience, she largely eschews songs about her love life, instead confronting her issues with mental health and abandonment.

Color Theory rarely progresses beyond the admittedly rich template established in its opening track, “Bloodstream.” Here, Allison offers frank and poetic ruminations on her history of depression and self-harm as rhythm guitars thrum behind her. Her visceral lyrics—“Now a river runs red from my knuckles into the sink”—are partially obscured by a deceptively cheery chord progression, just like she once “covered up the wounds with my long sleeves.”

In its subject matter, chords, rhythm, and tempo, “Circle the Drain” bears a strong resemblance to “Bloodstream.” But the song’s most lasting impression is its hook, a sing-song “Round and around” refrain that’s deafening in its obviousness—not because it’s uncreative, but because it’s a wonder no one else thought of it sooner. Indeed, Allison’s best melodic hooks—like the overlapping guitar lines on “Crawling in My Skin”—are often simple but indelible.

Even as Allison delves deep into heavy subject matter, she usually sounds more angsty than haunted. Which is fine when she delivers that angst with such melodic verve (the album’s dourest-sounding songs, especially the final two, are easily the weakest, as they lack melodies strong enough to buoy Allison’s disaffected musings). Her still-youthful perspective means that the charmingly tongue-in-cheek “Royal Screw Up,” on which she imagines herself as an emotionally damaged waifu (“My dungeon of fire, I’m the princess of screwing up/And you wear your armor and you save pretty girls like me”), isn’t totally out of place here.

Still, a sense of maturity binds the album’s best moments. “Yellow Is the Color of Her Eyes” lazily unfolds over seven-plus minutes, but as with “Bloodstream,” there’s pain hidden beneath the pleasant vibes. Dogged by memories of her terminally ill mother, Allison laments that even her daydreams of happier times are tainted by the knowledge of what’s to come: “Loving you isn’t enough/You’ll still be deep in the ground when it’s done.”

Color Theory’s lynchpin is “Lucy,” which makes clear just how much Allison has grown as a songwriter since Clean. Allison is having trouble with a boy, and there’s another girl involved who’s complicating matters. But this time, the boy isn’t just a mean boyfriend; he’s “the root of all evil,” intent on dragging her to hell, perhaps literally so. And the other girl isn’t a prettier or cooler rival; she seems to be a part of Allison’s own psyche, constantly tormenting her. “Oh Lucy please/Quit taunting me,” Allison pleads over and over, a refrain as menacing as it is catchy. Though something deeper and darker has taken root in this indie rock wunderkind, her melodic grip remains the backbone of her music.

The 25 Best Guided by Voices Songs