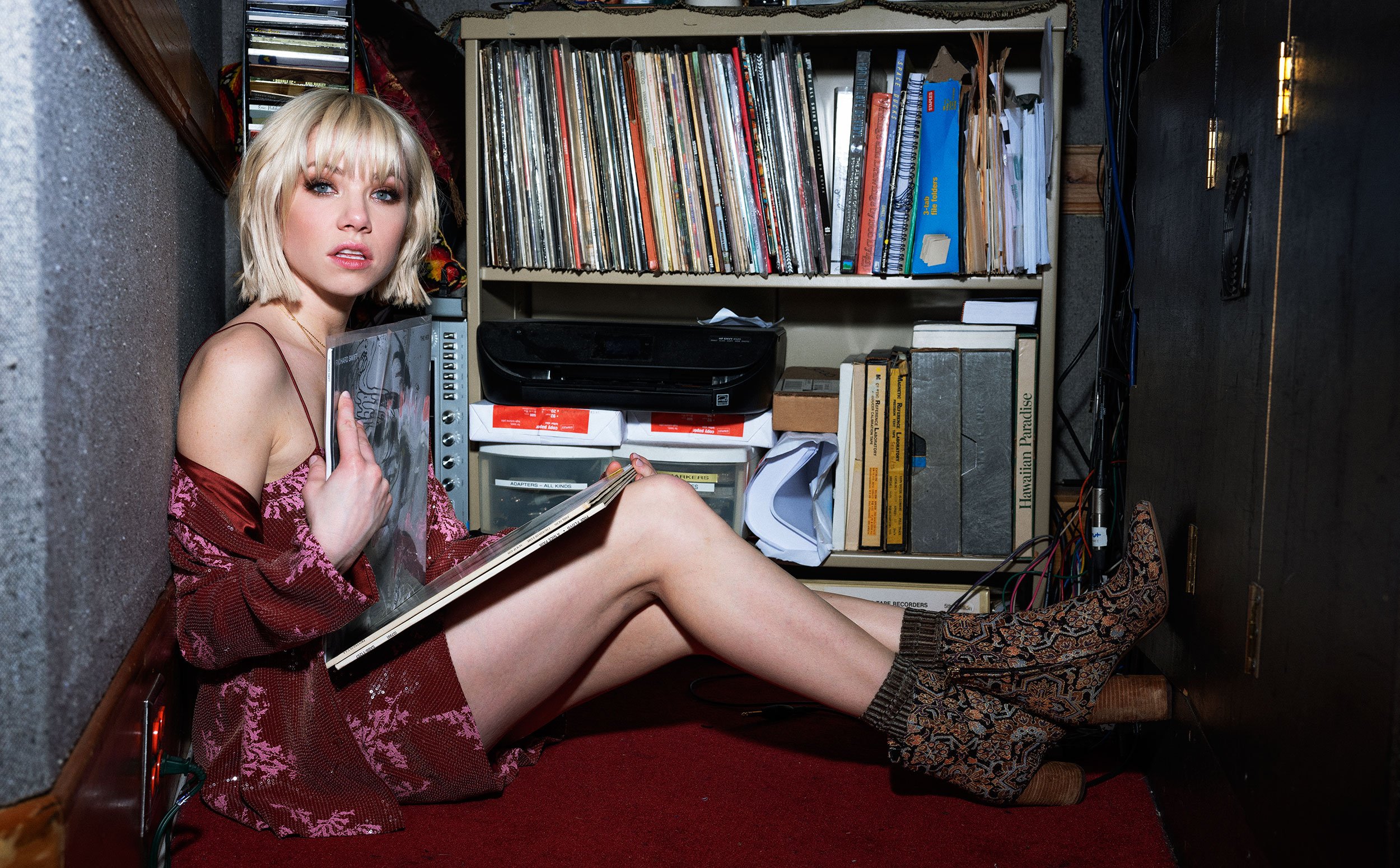 In a world where the only certainty is uncertainty, music can provide reliable solace and stability. A vital component of callout research—the process Top 40 radio stations use to test the favorability of songs—is “familiarity.” A song that’s recognizable is more likely to receive a high score from listeners, but it also perpetuates a feedback loop where artists are de-incentivized from substantively tinkering with their established sounds.

Carly Rae Jepsen, of course, isn’t your typical radio star. Aside from her breakthrough hit “Call Me Maybe,” her success has been largely fomented by gushing critical praise and word of mouth. But success in the age of Spotify and social media is, like radio, predicated on giving people what they want, when they want it. And Jepsen’s fourth album, Dedicated, is a carefully calibrated attempt at brand extension, reprising the effervescent pop of her last two albums while at the same time acknowledging that the 33-year-old is now a full-grown woman.

For the most part, Jepsen succeeds at threading that needle. The album’s lead single, “Party for One,” initially felt like a retread, its opening strains nodding to “Call Me Maybe” and its whirling strings and bouncy keyboards acting as if not a day has gone by since her last album, 2015’s Emotion. As the closing track of Dedicated, however, the song clicks perfectly into place, a declaration of independence that bookends an album’s worth of frustrated desire: “I’m not over this, but I’m trying,” Jepsen humbly proclaims.

“This” being the various love affairs—consummated or otherwise—that comprise the album’s loose narrative. Dedicated opens with “Julien,” a recollection of a fleeting romance—“I’m forever haunted by our time,” Jepsen sings wistfully—followed by over a dozen songs that luxuriate in love or fret over the loss of it. She ponders its meaning on the euphoric “Real Love,” her voice filled with knowing abandon (“I go everyday without it/All I want is real, real love…I don’t know a thing about it/All I want is real, real love”), and shakes off an affirmation that’s too little to late on “Right Words Wrong Time,” the album’s sole ballad.

Dedicated is, well, dedicated to its theme, revisiting topics Jepsen studiously explored on Emotion. One notable development is the singer’s newly and boldly expressed sexuality. “I wanna do bad things to you,” she declares on “Want You in My Room,” before coyly asking, “Baby, don’t you want me to?” She similarly plays the coquette on “I’ll Be Your Girl,” beckoning her object of desire to “come to bed,” and promises “sweat disco all night” on the squelchy “Everything He Needs,” channeling “Physical”-era Olivia Newton-John.

The album also doubles down on its predecessor’s fixation on ‘80s pop-rock tropes. “Want You in My Room” is awash in Vocoder effects, shimmering new-wave guitars, and a grinding bassline straight out of Cameo’s “Candy”—all within less than three minutes, and topped off with sax solo for good measure. The kitschy “Everything He Needs” is the sonic equivalent of a velvet painting, based on a pitched-up vocal sample of Shelley Duvall’s “He Needs Me” from Robert Altman’s Popeye. Producer John Hill lends several tracks a distinct reggae groove, like the simmering “Too Much” and the ska-infused “I’ll Be Your Girl,” while “For Sure” dizzyingly pairs tribal rhythms with swirling synths and chants.

These tweaks to Jepsen’s formula feel less significant when placed alongside more boilerplate fare like the single “No Drug Like Me” and the cloying “Feels Right,” both of which could be leftovers from Emotion. But Jepsen deserves credit for committing to a pure pop sound when it might be shrewder to venture into more hip-hop-influenced terrain. There’s something to be said for the virtues of familiarity—even if it means you won’t get played on Top 40 radio.

Review: Jamila Woods’s LEGACY! LEGACY! Is a Chronicle of Black Trauma and Joy