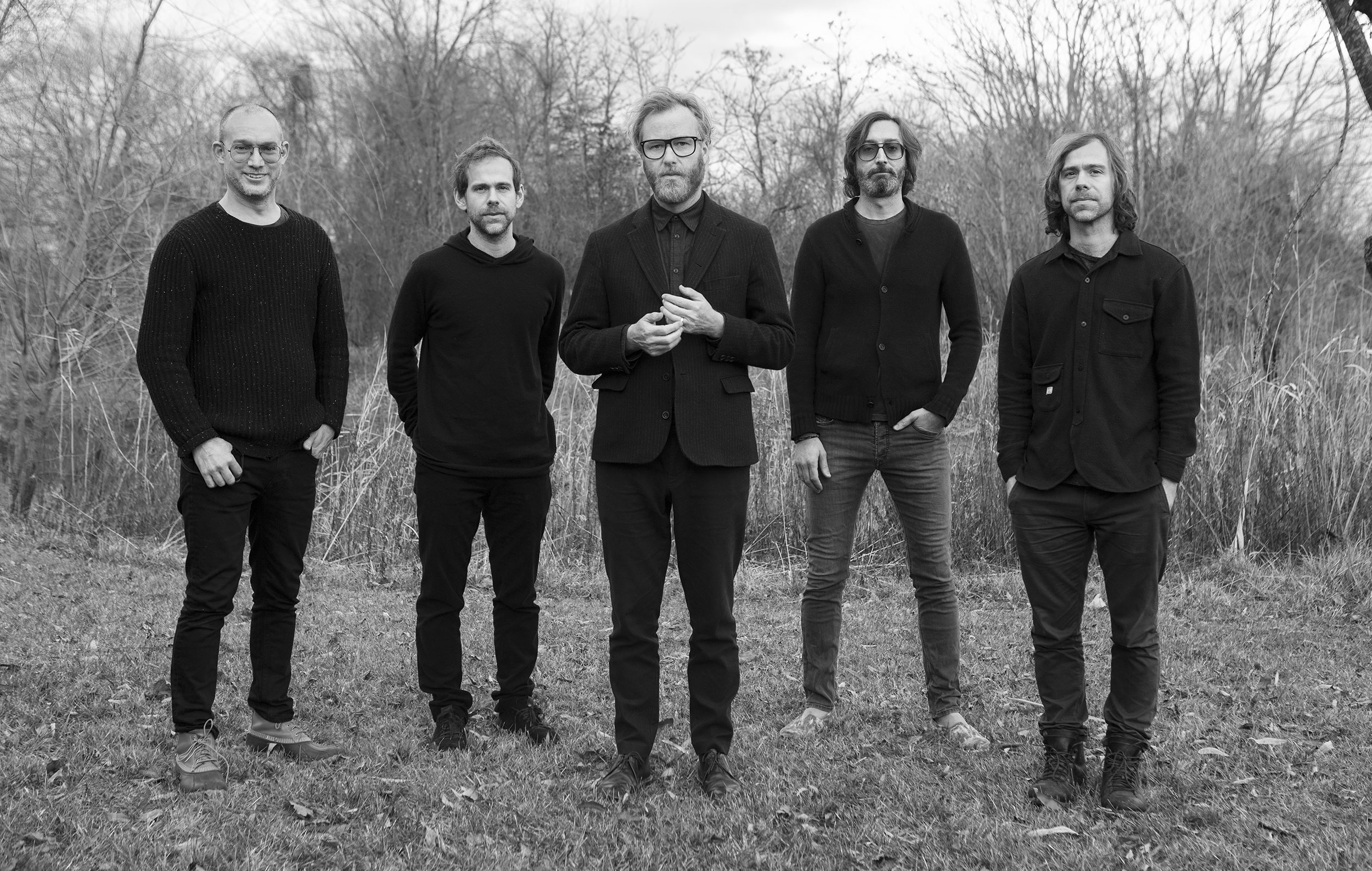 In early 2013, I was interning at a recording studio in upstate New York where the National’s Aaron and Bryce Dessner were working on overdubs for the band’s sixth album, Trouble Will Find Me, which was released later that year. As playback of the lovely “I Need My Girl” filled the control room, one of the brothers remarked, somewhat shockingly, that the National’s frontman, Matt Berninger, isn’t a great singer.

Berninger’s thick, apollonian baritone is one of the most distinctive voices in indie rock, and he wields it like a weapon, lending immense gravitas to everything he sings. He doesn’t have much range as a vocalist—in terms of both emotion and literal notes—endowing a certain level of sameness to the Dessners’ compositions. But he and the rest of the band have managed to parlay that limitation into a consistent, often brilliant 20-year career. Nonetheless, it’s reason enough to approach their eighth album, I Am Easy to Find, with skepticism that 16 tracks and over an hour of running time might be a bit too much Berninger for one sitting.

The first half of the album’s opening track, “You Had Your Soul with You,” boasts the same type of deconstructed post-guitar rock that the National has been making for a while now, with glitchy electronics, a lurching drum pattern, and Berninger intoning about loss and failure. But after the building instrumentation fades away into lush piano and strings, the first voice we hear isn’t Berninger’s, but that of Gail Ann Dorsey, longtime bassist and vocalist for the late David Bowie. When she sings, “You have no idea how hard I died when you left,” her steely but buoyant delivery offers an emotional shade to this brooding line that Berninger never could have achieved. It’s this moment that defines the rest of I Am Easy to Find, as Dorsey is one of various women who share the mic with Berninger over the course the album. The result is the National’s widest-ranging and most surprising effort to date.

Dorsey, Sharon Van Etten, This Is the Kit’s Kate Stables, among others, aren’t just some form of affirmative action for a band that’s sometimes derided as the epitome of self-absorbed straight-white-guy rock. The main impetus for their presence on I Am Easy to Find was, in fact, a short film of the same name directed by Mike Mills, and the band’s desire to more directly reflect the film’s female protagonist, played by Alicia Vikander. Besides, Berninger has often collaborated with his wife, writer and former New Yorker fiction editor Carin Besser, on lyrics for the National, so having female voices sing those lyrics is just a more explicit acknowledgement of how Besser’s perspective has shaped the band’s lyrical identity.

Still, the effect of those voices spotlights the nuances of the Dessners’ compositional craft. From the stately piano balladry of “Roman Holiday” and “Light Years” to the more propulsive “Rylan” and “The Pull of You,” even seemingly standard-issue National songs are made rewarding by the guest singers’ eye-opening interpretations. Best of all, they occasionally empower the band to do something completely new, most notably on the stunningly beautiful title track, with its male-female harmonizing and atypically delicate vocal cadences. It’s one of the most uncharacteristic, and finest, songs the National has recorded to date.

The preponderance of other voices on I Am Easy to Find is such that Berninger is at times reduced to little more than a bit player in his own band, as on the swirling, blustery “Where Is Her Head” and the slow-building “So Far, So Fast,” a showcase for Irish singer Lisa Hannigan. On the occasions when he does wrest the spotlight entirely for himself, even the greatest indulgence he can muster—“Not in Kansas,” a seven-minute ballad composed of stream-of-consciousness musings—utterly charms and never becomes overbearing.

Of the many singers featured on I Am Easy to Find, the ones who leave the greatest impression are the members of the Brooklyn Youth Choir, who make multiple appearances throughout the album. Their presence, including on the wordless interludes “Her Father in the Pool” and “Underwater,” is ethereal and indelible, miles away from the band’s usual, insular timbre.

Considering how many of the songs on I Am Easy to Find are leftovers—mostly from the sessions for 2017’s Sleep Well Beast, though “Rylan” dates back as far as 2010—it’s remarkable how much of a piece it feels. That said, one does eventually feel the album’s length, with the stretch of songs in between “You Left Your Soul with You” and “I Am Easy to Find” feeling comparatively pedestrian—the sounds of a band treading more familiar ground before really staring to take chances. But once they do, the sprawl quickly begins to justify itself, revealing some of the most ambitious music the National has ever made.

Review: Vampire Weekend’s Father of the Bride Is Generous with Its Rewards