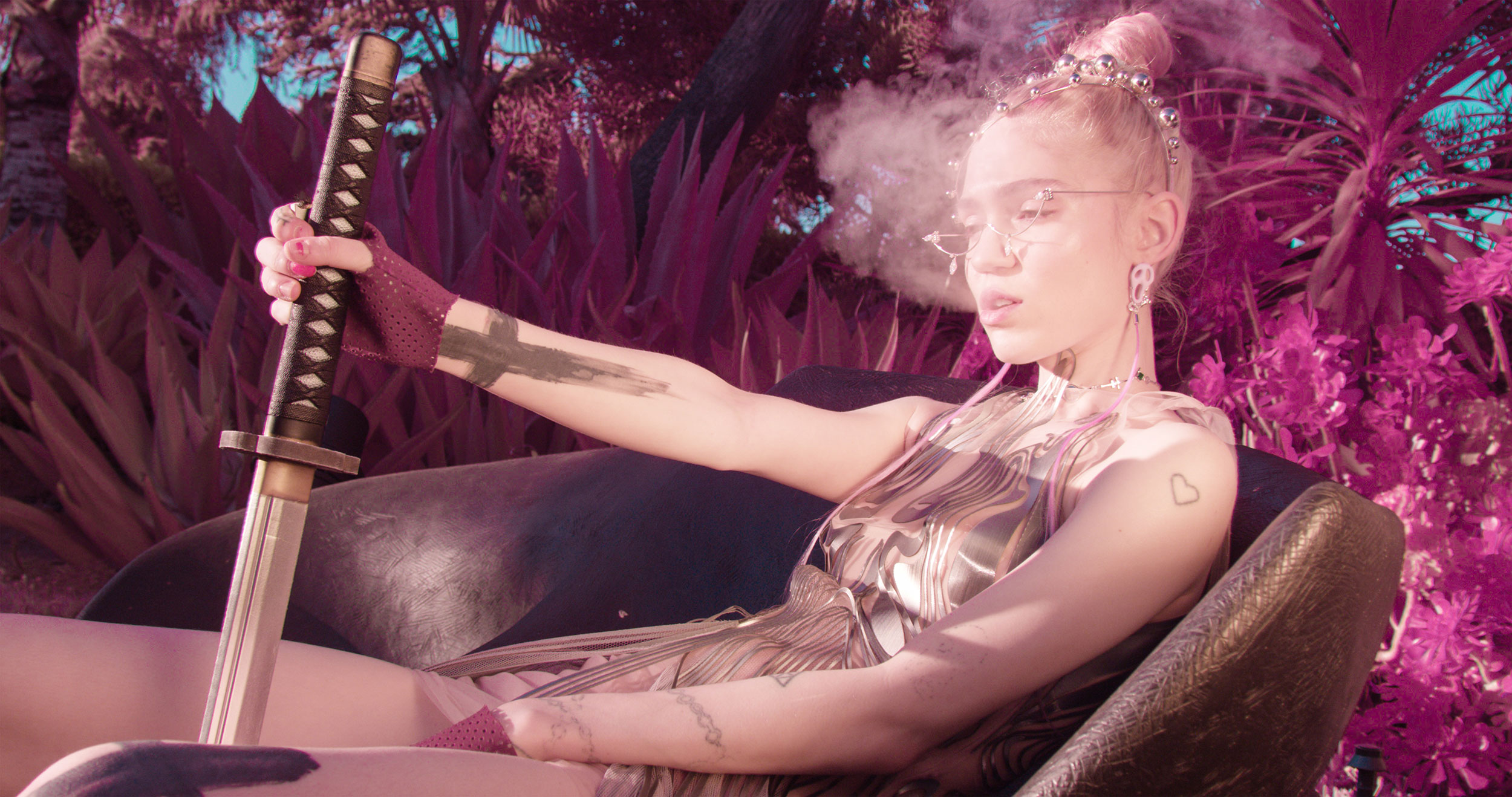 Grimes, née Claire Boucher, furrowed brows when she described the concept of Miss Anthropocene as being centered around her desire “to make climate change fun.” She has since somewhat clarified the statement, explaining that, in rendering climate change as a villainous, comic book-esque character, she might be able to make our environmental crisis “easier to digest.” Not especially known for her easy digestibility as an artist—not least because, in many of her previous releases, Boucher’s vocals have been processed to the point of near-incomprehensibility—it seemed like a tough, if noble, objective.

Indeed, if Boucher’s goal really was to make the conversation around climate change more accessible with her fifth album, she isn’t particularly successful. Written, a press release says, “from the perspective of a pro-AI girl group propaganda machine who use song, dance, sex and fashion to promote goodwill towards artificial intelligence,” the deluxe edition’s “We Appreciate Power” was (misguidedly) criticized as glorifying fascism. There’s been a similar reaction, perhaps more understandably, to the album’s promotional billboards, which bear the words “Global Warming Is Good,” and instructions to deface them rendered in comparably tiny print. At best, the billboards are corny, and at worst, as evinced by the flurry of tweets like “but is she wrong tho?” they prompted, they’re a boon to those who, without knowledge of Boucher’s intention, simply see the ads as a vindication of their own beliefs.

Most confusingly, the marketing seems to be out of step with Miss Anthropocene’s actual content, a lot of which doesn’t discernibly reference the Earth or our climate. Boucher has said that the process of writing the album was an isolating experience, and that much of the material came from a dark, personal place. Even Miss Anthropocene’s most apparently apocalyptic lyrics, like the reverb-drenched “This is the sound of the end of the world” on “Before the Fever,” seem to do more to elucidate the kind of headspace Boucher was in at the time of writing than any grand message about the world’s climate woes. Elsewhere, “Violence,” about an abusive relationship, is only understood as being sung by the actual Earth to the very crisis of climate change because the singer has told us that it is.

But while this overarching concept might seem flimsy, Boucher’s broad-strokes approach to lyricism and confident, cinematic production allows her to explore concerns that feel at once both deeply personal and fundamentally communal. The latter in particular is bolstered by the way she dissolves the limits of genre, splicing together ethereal electronics with nü-metal guitars on “So Heavy I Fell to the Earth” and four-to-the-floor trance with a Madonna-esque vocal melody on “Violence.” Elsewhere, on “Darkseid,” deep bass and doom-laden beats grind beneath a brittle performance by Taiwanese rapper 潘PAN, and a Bollywood sample butts up against drum n’ bass on “4ÆM.” But Boucher’s most surprising pivot, as well as her loveliest, comes on “Delete Forever,” a song about America’s devastating opioid crisis and on which her delicate vocals float over an acoustic guitar, joined later by a banjo.

On an album as sonically diverse as Miss Anthropocene, the most significant thread that holds it all together, more than the topic of climate change or its creator’s personal relationships, is Boucher’s wild imagination and commitment to experimenting with her sound. At the very least, her dominant thematic angle has provided her with a means of inventing new characters to inhabit and new worlds to explore. And the result is a challenging exploration of the conflicting boundaries and boundlessness of personhood, technology, and society.

Review: Caribou’s Suddenly Is an Inviting Dive Into Familial Waters