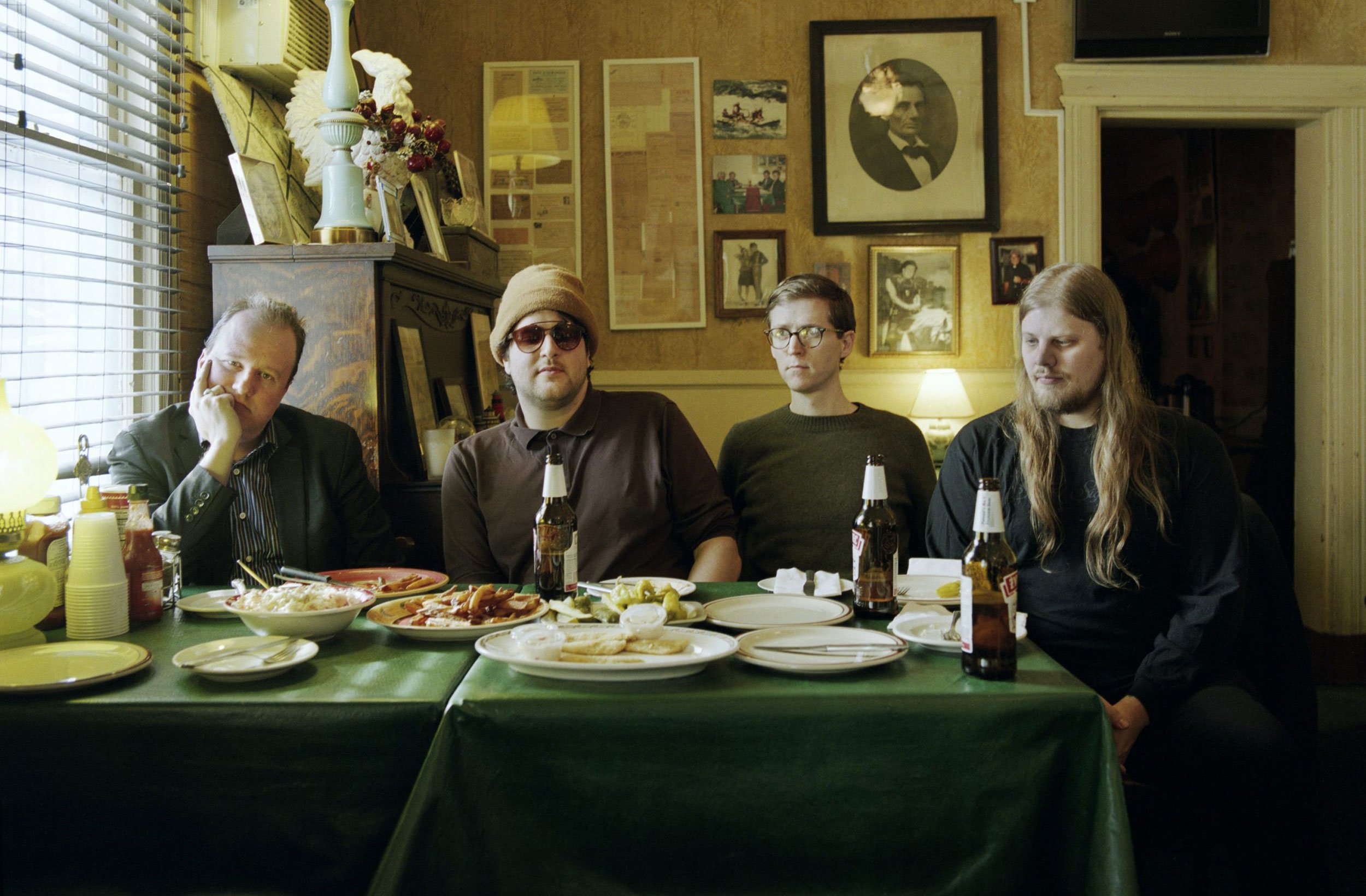 Protomartyr’s sound is forged from the bones of punk and the blood of indie rock. The Detroit four-piece delivers heady lyrics with an ironic detachment in the vein of Destroyer and the Mountain Goats, while the blistering noise and distorted intensity of their music brings to mind Sonic Youth and early Sleater-Kinney. Their fifth album, Ultimate Success Today, continues this stylistic balancing act, with existentially oriented lyrics accompanied by ferocious guitars and frantic percussion that sustain a sense of anxiety.

With their 2012 debut, No Passion All Technique, Protomartyr established an effectively brute-force post-punk approach, but by 2017’s Relatives in Descent, they’d mastered the ability to prevent both the literary brawn of their lyrics and the sophistication of their musical arrangements from getting lost in the wreckage. Tracks like “Modern Business Hymns” and “The Aphorist” are reminders of the band’s knack for whipping up a din and then immediately cutting through the chaos, as well as their mastery of the art of modulation—of when to let things simmer and when to let them boil over.

This approach renders the wailing and assaultive crescendos of their music that much more potent. There’s a form to the function, of course. References to philosophical concepts and pre-Enlightenment literature could be considered over-thought if Protomartyr’s sound didn’t possess such raw immediacy. The band’s emphasis on Greg Ahee’s dissonant guitar lines, and their play with different levels of loudness, results in songs that prize forward motion.

A dark vision of the individual’s role in society is given voice by frontman Joe Casey on “Bridge & Crown”: “Everybody knows/We’re holding on to little dreams/To drive our bodies down the line/Until there’s nothing left.” The band’s catalog is strewn with such musings about life as a fulfillment of a disappointing fate, and they’ve perfected that obsession here. Alex Leonard’s drums slam with guillotine-like efficiency, and songs often end with the spike of a minor-key chord, providing little comfort after all the tense buildup. The album externalizes the workings of a tortured mind, one whose only semblance of hope, as evoked on the final track, “Worm in Heaven,” is a basic acknowledgement of existence—of having been alive and leaving a trace of that presence.

Protomartyr’s despair is rooted in capitalism, whose enervating routines the band satirizes throughout Ultimate Success Today. Casey wields a stinging, well-observed disdain for the corporate world and its participants, as well as for the insidiousness of technology. The feral “Processed by the Boys” comes for the free-market patriarchy with teeth bared and guitars ablaze: “Fill out the form, download the app/Submit your face into the scanner/Everybody’s hunted with a smile/Being processed by the boys.” The singer’s cutting truths and humor are delivered in a mode that’s nearly spoken word—forceful, angry, and declarative. Elsewhere he sings with a slurred drawl that’s forlorn and observant. Wishful sentiments curdle into bitter mantras like “Dignity or toil/Syndicate or gang/Rose and thorn,” on “Michigan Hammers,” or the titular lyric, which appears on three different songs, teasing out his pessimistic worldview in loops of self-defeat wrought by systems of productivity and profit.

At times, Ultimate Success Today can be too self-aware. On “The Aphorist,” a title among several here that could double as descriptors for the band’s lyrical aesthetic, Casey muses, “We’re all mowing esoteric patterns in the grass.” And the album is almost too neat, given Protomartyr’s newfound use of saxophone, self-conscious touches like the chirping crickets at the beginning and end of a few tracks, and the seamless sequencing of songs. But the restless punk spirit and flippant, downtrodden ethos that prevail over the project render Protomartyr’s painstaking intellectualizations as fuel for a visceral winding up and release of discontent.

Review: The Chicks’s Gaslighter Is a Defiant Act of Rebranding