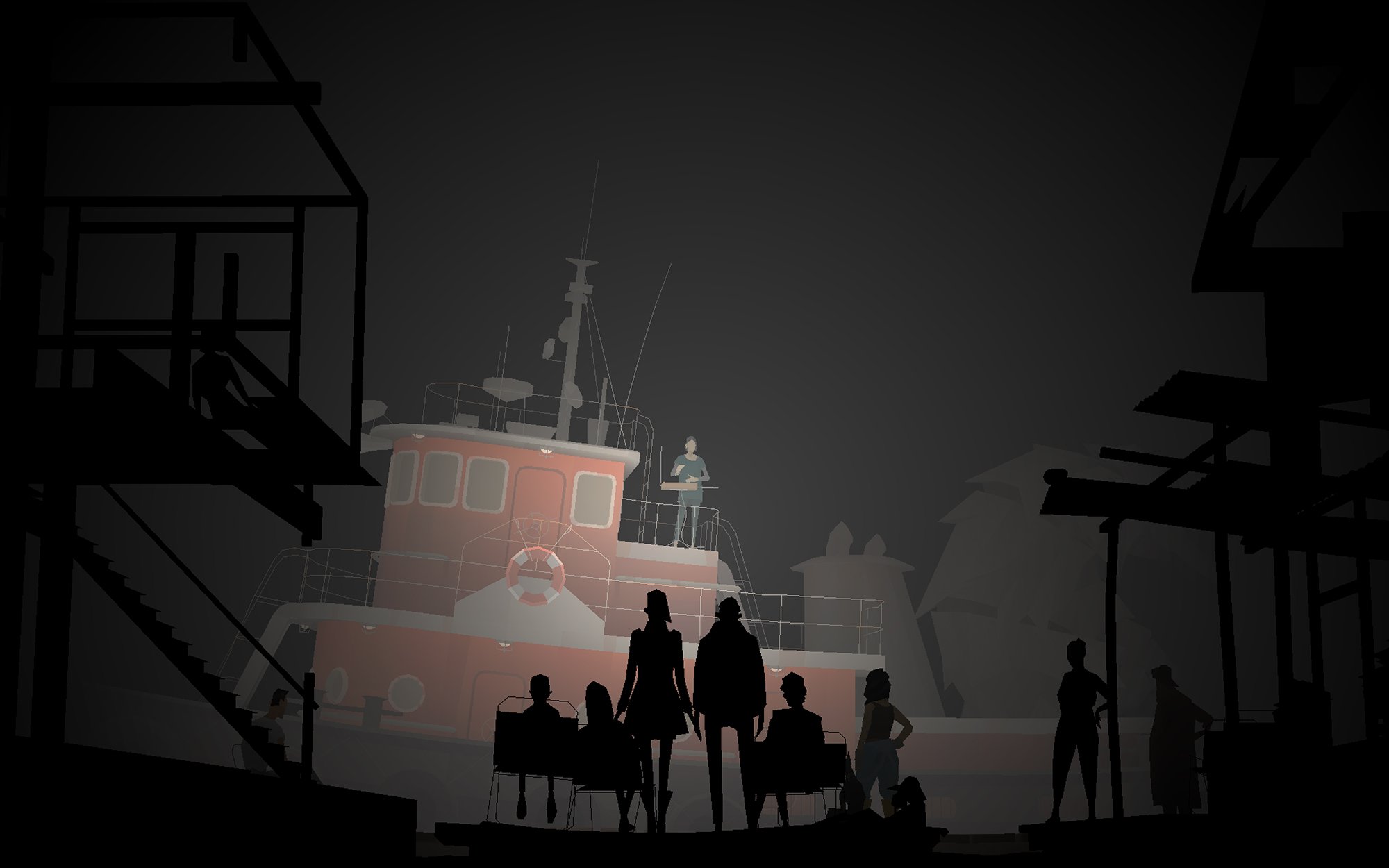 Comedian Kumail Nanjiani claimed some years back that video games are the only art form that got better solely because of technology. While that’s arguably been true for much of the medium’s history, it ceased to be the case in the 2010s. The decade in gaming didn’t lack for astounding technical achievements, but its arc was defined less by powerful technology than powerful ideas.

The decade’s best games took full advantage of that new freedom by pushing the envelope in every direction. Wherever the medium goes from here, these are the games that point the way forward. Justin Clark 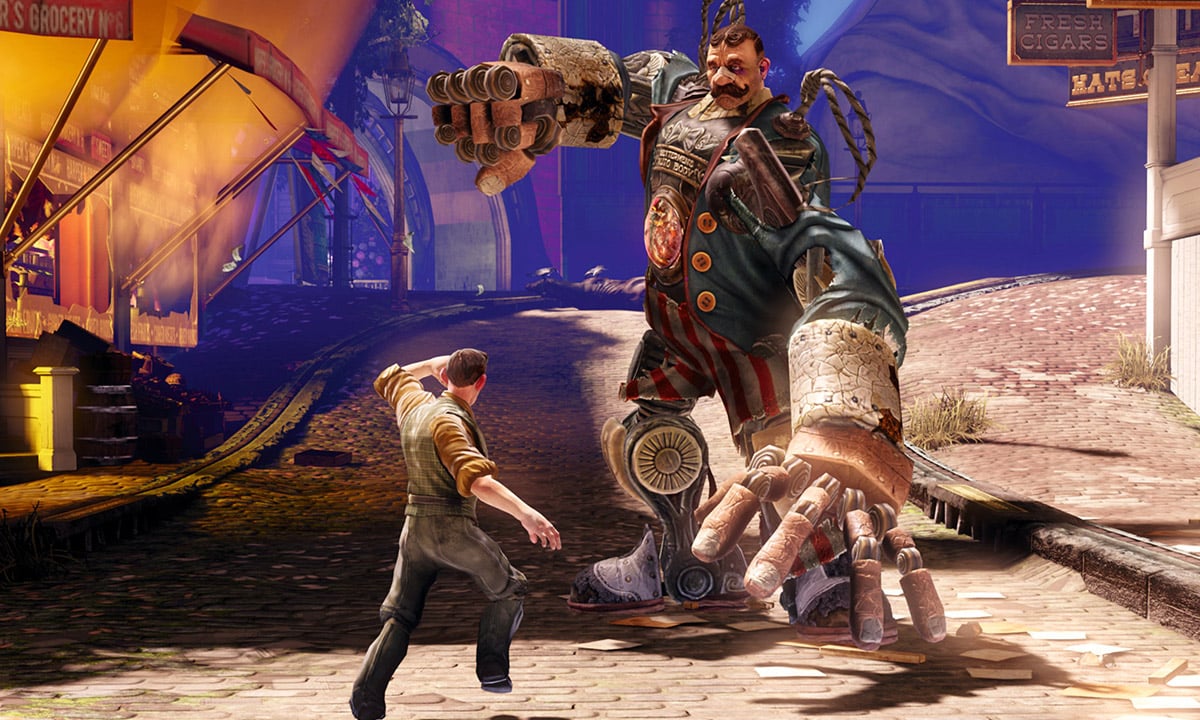 BioShock Infinite is a visceral experience about an irredeemable psychopath murdering a city of despicable fundamentalists. Booker Dewitt is tasked with saving a reality-tearing woman from a floating white-supremacist paradise, leading to the interactive slaughter of its inhabitants; so much was made of the game’s violence that many overlooked that the repugnant brutality was exactly the point. While most shooters shy away from grue or any consequences to the player’s actions, BioShock Infinite vividly depicts these rippling across universes, where a single choice can carry disastrous results. This is an astonishing game that philosophizes on the human condition—consider that the opponents of Columbia’s segregation aren’t interested in equality, only in suppressing their suppressors—while critiquing its entire genre, concluding that the protagonist of a first-person shooter shouldn’t be allowed to live in any universe. Ryan Aston 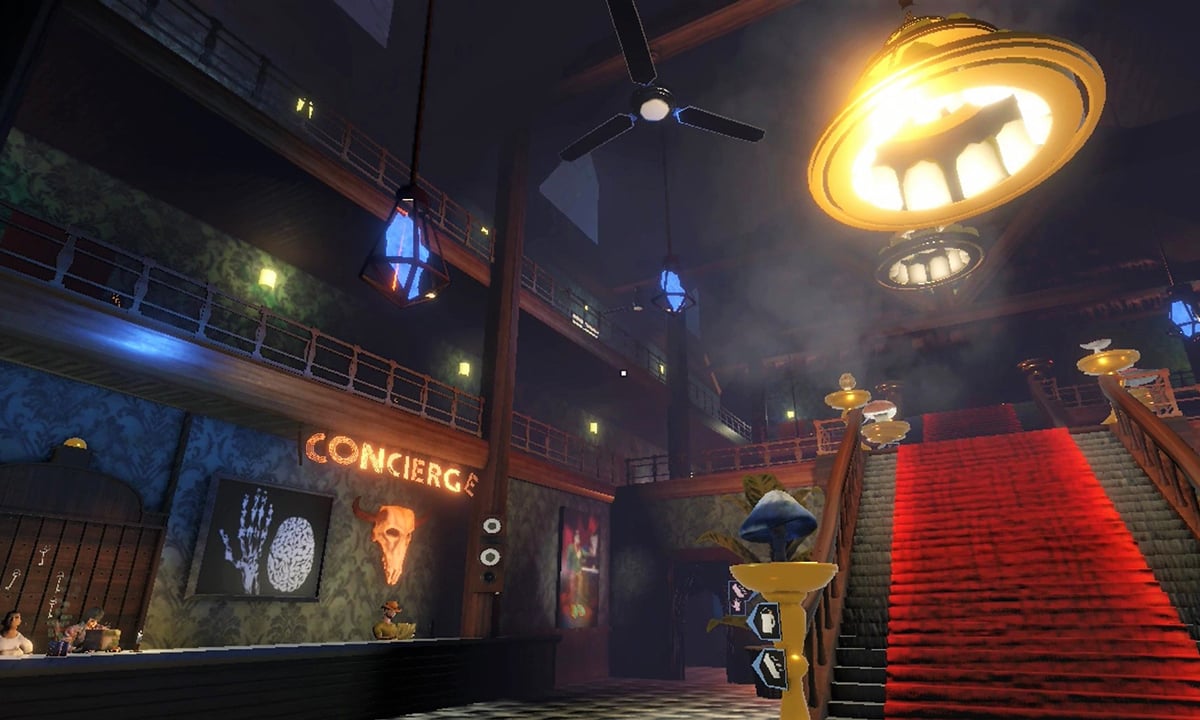 The public is more aware than ever of the infallibilities of well-known artists, and Cosmo D’s The Norwood Suite evokes the discomfort that many of us often feel when the dirty secrets of an icon are put on display. The setting here is a hotel that houses the legacy of a bandleader named Peter Norwood, whose exploitative relationships with other musicians come to the player’s attention via surreal trips down hidden passageways. Yet this building also bears numerous odd pleasures to behold, not least of which is a soundtrack that seamlessly morphs as you move from room to room. The characters are literally riffs in Cosmo D’s stupendous orchestration; different instruments and notes accompany different lines of dialogue as they appear on screen. The more you explore this strange location, the more you see the threat of commercialization in the form of corporate employees aiming to turn the hotel into a greater moneymaking scheme. Cosmo D gives no easy answers on how capitalistic culture can reconcile the sins of artistic giants, and that ambiguity makes The Norwood Suite a complicated and essential illustration of contemporary concerns. Jed Pressgrove 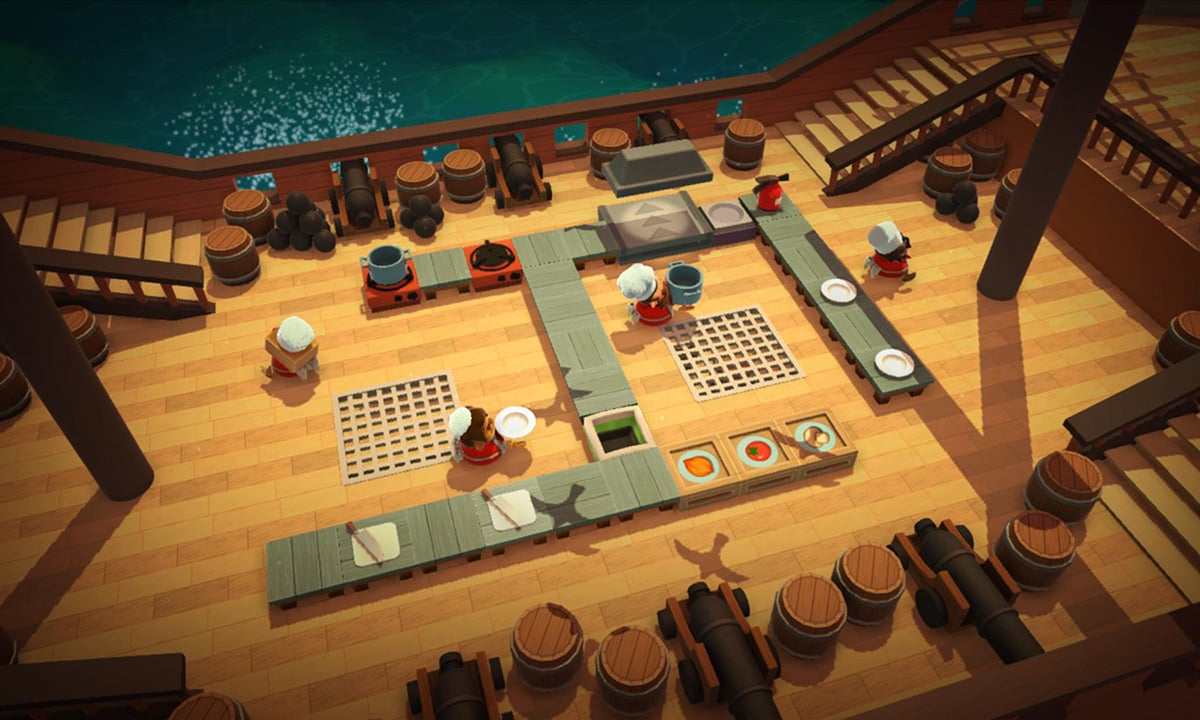 To make it absolutely clear that Overcooked isn’t your traditional cooking game, developer Ghost Town Games opens mid-apocalypse. A giant, ravenous beast—imagine the Stay Puft Marshmallow Man made of spaghetti and meatballs—threatens to consume your rooftop kitchen. The Onion King, cheering from the sidelines, implores you to fend him off by hastily preparing a soothing selection of salads; after you’ve failed, he transports you back through time, so that you can be a more seasoned chef next time. The subsequent missions, then, are less about tapping out increasingly complex orders, as with Cooking Dash and its ilk, or the exquisite, Zen-like Cook, Serve, Delicious. Instead, Overcooked keeps the recipes simple and the kitchens about as unconventionally chaotic as they come. At times, the difficulty can make this party game feel like a lot of work, although in fairness, the same can be said for Lovers in a Dangerous Spacetime, another demandingly chaotic, but ultimately enjoyable, couch co-op title. The meat of the title—cooperative, chaotic cooking—is almost perfectly handled, as are the garnishes, from the catchy musical score to the delightful crew of unlockable animal chefs. By keeping the kitchens varied and the action constant, Ghost Town Games avoids the flavorless death known as repetition, and doesn’t overcook its premise. Aaron Riccio 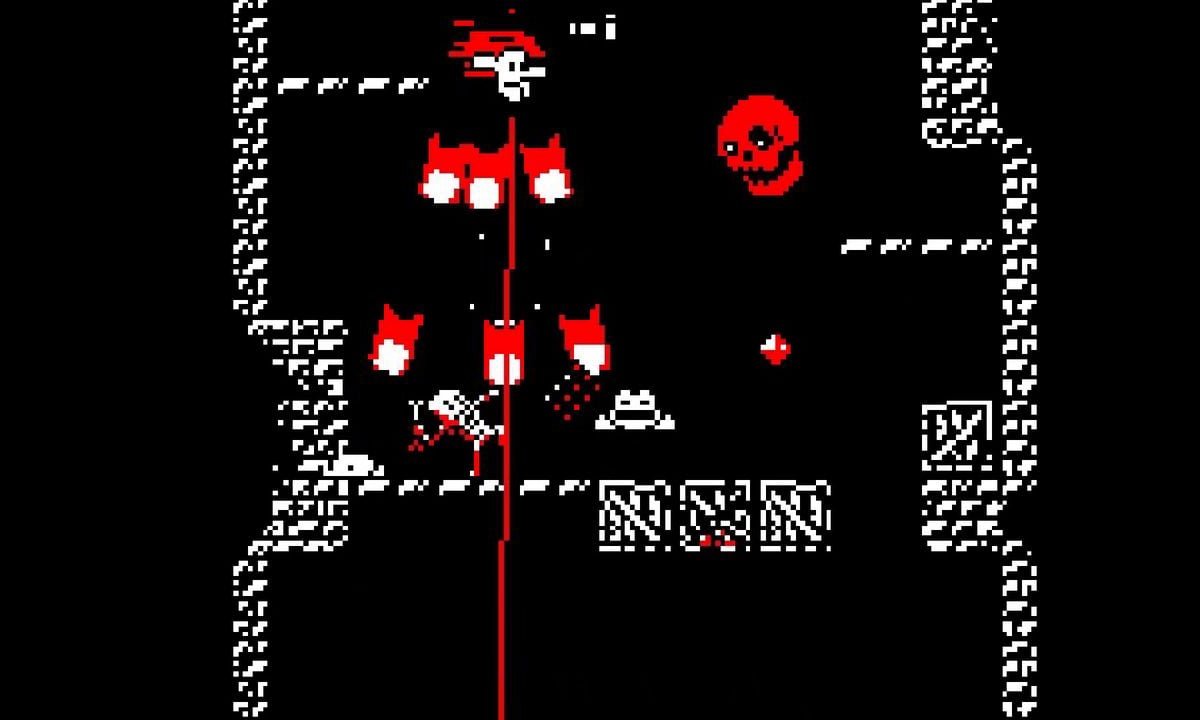 Downwell is a quarter-eater without the quarters, an arcade game from out of time. As your character tumbles down an enclosed space, collecting gems and shooting bullets from his feet, the game feels like something you play as much as you give yourself over to. Each run demands split-second decisions. Do you go back for more gems, as a cabal of monsters closes in behind you? Do you risk a stomp attack that demands more precision but will reward you with a badly needed reload? Do you break the block for gems at risk of losing space to maneuver? Each run showers you in game-changing upgrades that introduce still-more variables to consider at a moment’s notice, while you continue blasting your way into the abyss. Like the very best action games, Downwell becomes its own trance state. Steven Scaife 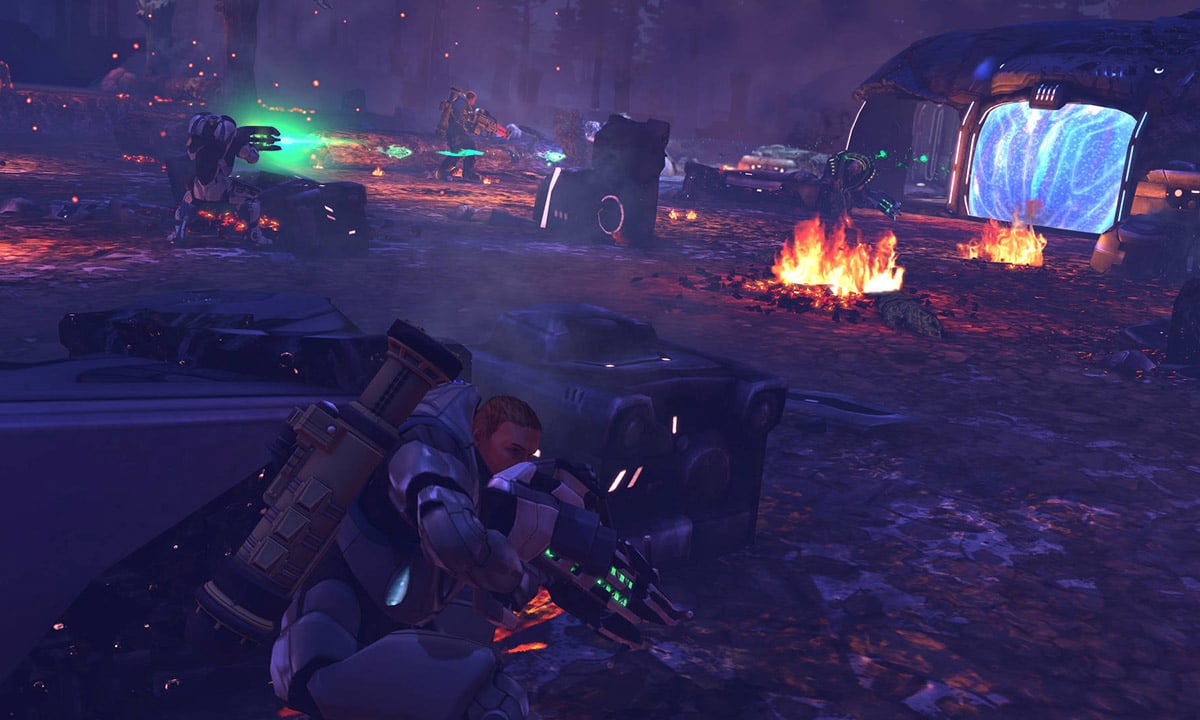 Prepare to die a lot. The modern gaming landscape is one littered with checkpoints, save states, and wonky AI. 2K Games’s reimagining of the XCOM strategy series harkens back to the cult classic’s unsettling gameplay and punishing difficulty. The rewarding sensation one receives after successfully commanding a squad out of a heated skirmish with strange intergalactic warriors is unparalleled in modern games. These tense battles eventually lead the player to actually form an emotional bond with your team members, which makes their inevitable demise that much more crushing. These interactive elements lend XCOM’s tense action an atmosphere that’s engrossing and wholly addictive. It’s easy to treasure an old-school counter-offensive game that understands the motivating power of fear. Kyle Lemmon

In the not-so-distant future, large corporations and multinational firms have developed their operations beyond the control of national governments, and human biomechanical augmentation is simultaneously rising in popularity across the world and being demonized for its role in changing humanity. Like the very best sci-fi, Deus Ex: Human Revolution is about ethics and consequences; this is a game that asks what it is to be human. The game presents both the rise of biotechnology as a means to advance human ability and the human experience, and the subsequent consequences on the world. Its layered narrative matches its deep multifaceted gameplay, set in a rich and atmospheric universe that feels not too far away from our own. Despite a slow start and occasional missteps (the much maligned boss fights were “fixed” for DLC), Eidos Montreal has created an engaging, compelling experience that does justice to the critically acclaimed Deus Ex series. Aston 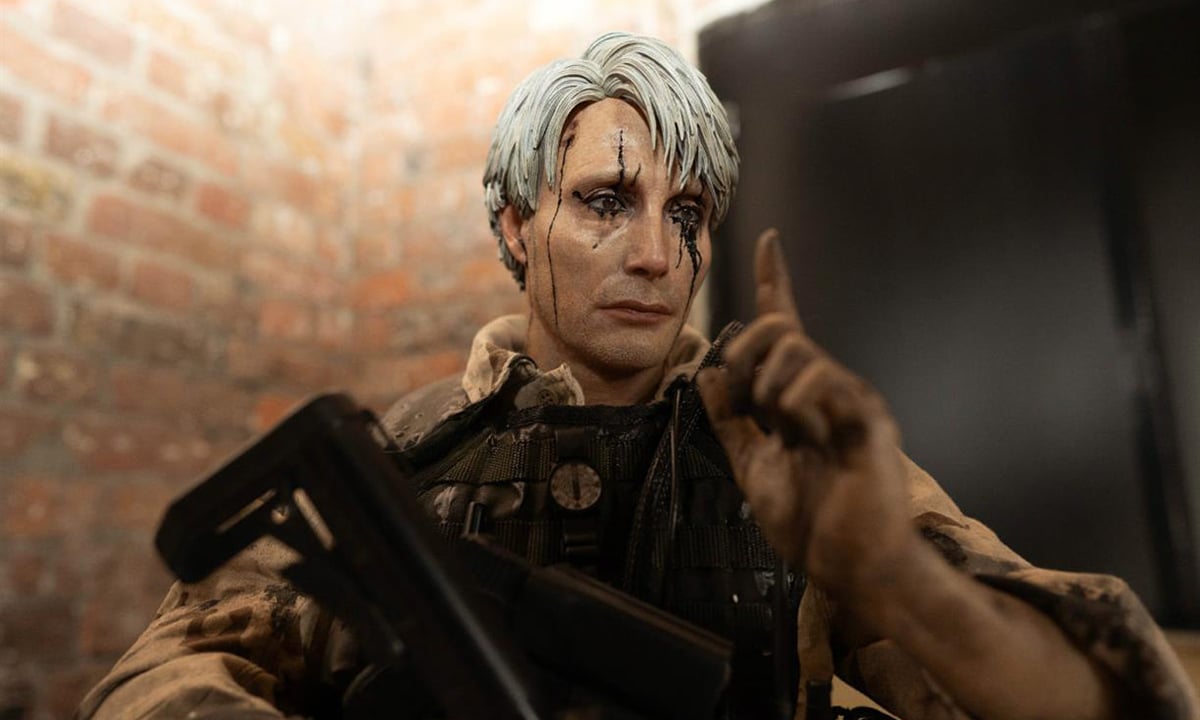 Hideo Kojima’s first game away from Konami, Death Stranding, finds him tearing down the familiar structure of the open-world game and building it back up again as something weirder, more deliberate, and more honest about what it is. It transforms basic traversal into the entire conceit rather than more or less a time sink between story missions and side activities. It peels away the artifice of open-world structure, revealing the dressed-up delivery missions underneath while declaring that they’re a worthwhile pursuit in their own right. And once you’ve totally internalized that idea, the tools the game provides become enthralling revelations: You eventually build sprawling highways and ziplines that propel you across arduous terrain. You’ve worked for them. You’ve earned them. Death Stranding is an admirable experiment for big-budget game design, playing like one long, bizarre, and startlingly persuasive argument that the journey is fulfilling in its own right. Scaife

While Iconoclasts’s bright and imaginative 2D pixelated graphics would look right at home on a 16-bit console of yore, its themes and ideas are very much that of the modern day. The game’s silent protagonist, Robin, is trapped in a fascistic society ruled by fundamentalist dogma, where her skills as a mechanic are outlawed, positioning her as a criminal and counterforce in a setting that opposes scientific advancement and free-thinking. Robin’s journey to escape execution and expose the truth of her society’s dominating political organization aligns her with other well-crafted characters who oppose the tyrannical theocracy both in ideology and ability, and it’s through its characters’ unique facilities that Iconoclasts demonstrates a kind of Ludonarrative harmony, as the gameplay and themes are in lockstep, crafting an experience that tackles important issues of faith, religion, and totalitarianism. Throughout, Iconoclasts’s varied gameplay mechanics directly serve the narrative. Consider Robin’s special tool, an illegal wrench, and how it not only symbolizes suppression of science and personal freedoms, but is used as a weapon against enemies and a means of controlling technology and traversing obstacles, often directly modifying and rearranging objects in the world. It also pushes Robin toward her ultimate goal of fixing the broken world for good. Aston 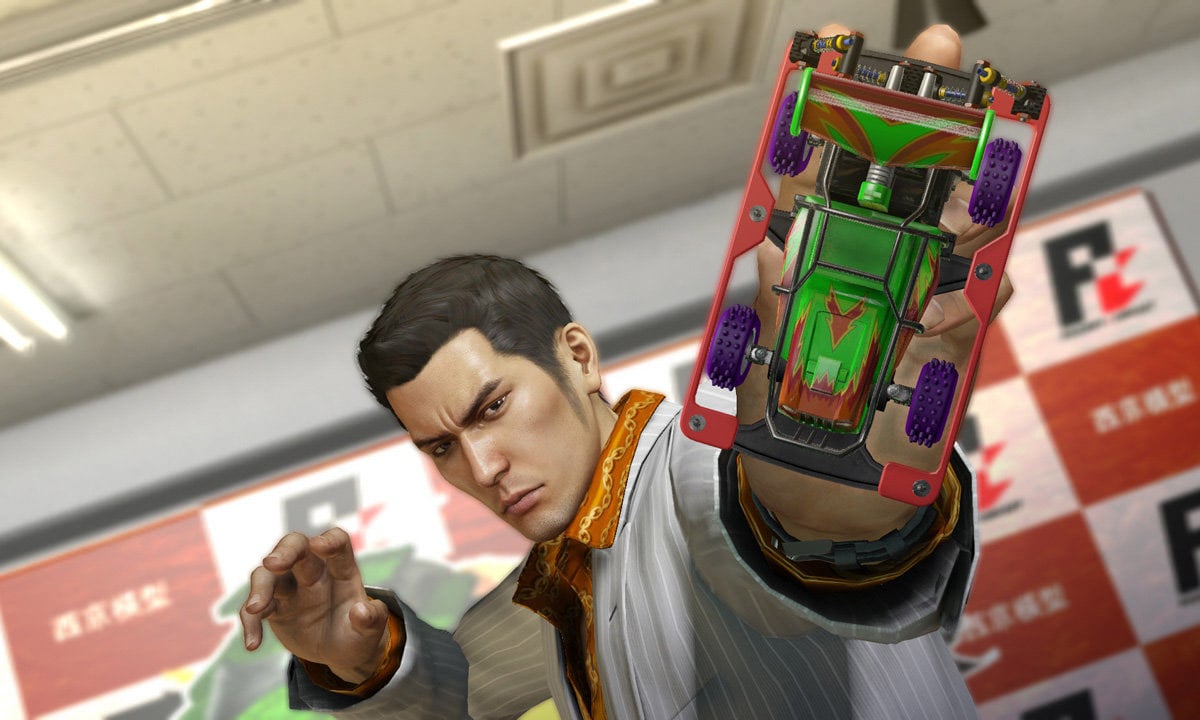 This prequel faced the unenviable task of taking a decades-old abstruse Japanese series and making it accessible for the masses. Kazuma Kiryu and Goro Majima, important underworld figures later in the series, are introduced to us as a low-level recruit and disgraced outcast, respectively, from different organized crime syndicates. They’re pulled into a conspiracy after Kazuma is framed for murder and Goro rejects an assassination job after finding out that the target is a defenseless blind girl. Their captivating narratives come together in a larger plot brimming with sociopolitical intrigue about property development and clan territory. Think of Yakuza 0 as noir through the lens of ‘80s Japan. Its gameplay simplifies the series’s complicated mechanics without limiting the player or compromising the variety in the details. One can take part in any manner of activities throughout the Tokyo and Osaka settings while progressing through the campaign, allowing the game to prove itself both as a compelling prequel to an ongoing series and as its own self-contained story. Aston 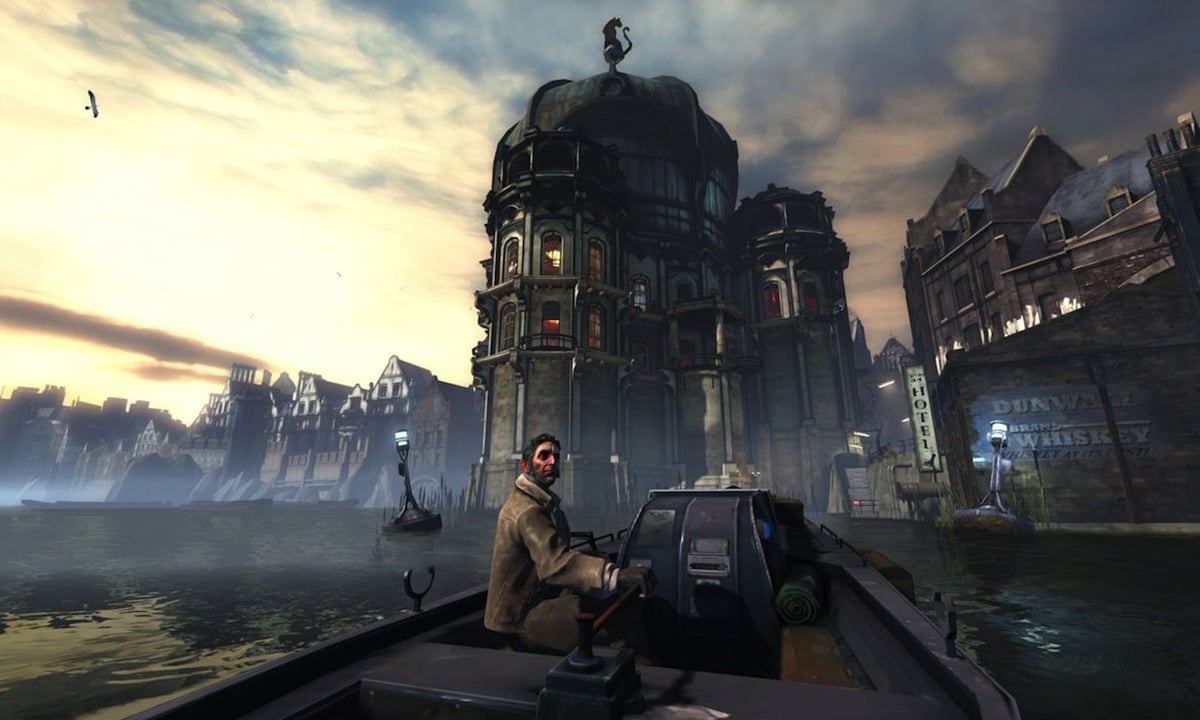 Arkane Studios’s Dishonored combines elements of other immersive sims, like BioShock and Thief, to create a mechanically enjoyable first-person stealth game that challenges your awareness and resourcefulness. While its narrative about betrayal and revenge is familiar, the game is enticing for the autonomy it offers players. Dishonored is very much a gamer’s game: It hands you a target—kill High Overseer Campbell, for example—before then turning you lose, giving you the freedom of the world and Corvo’s powers to deal with your target however you see fit. Though the end of every mission may resort to a binary lethal/non-lethal choice, the ways you can approach any mission are bountiful, making each run different enough to warrant multiple playthroughs. Jeremy Winslow