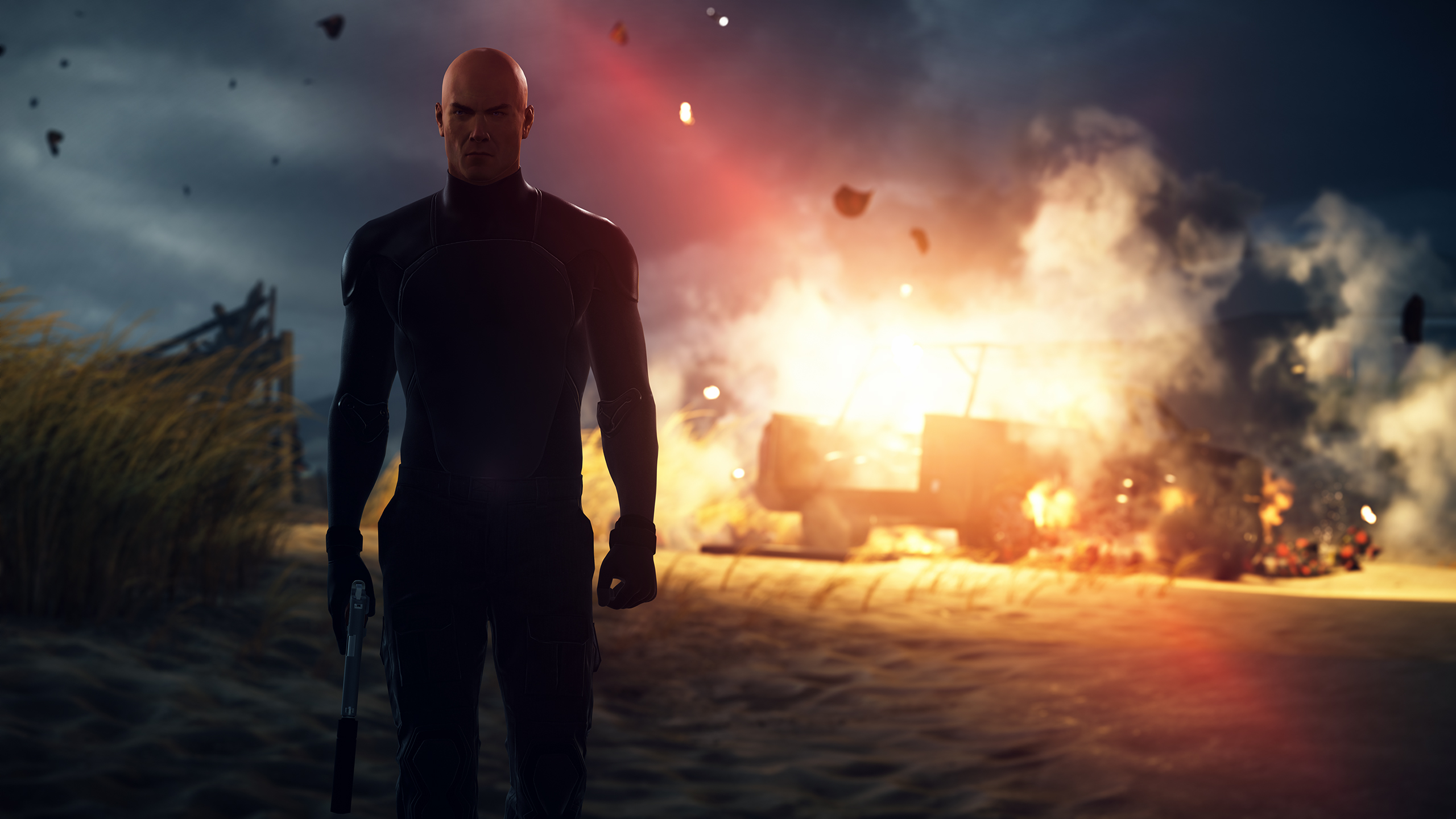 The 2016 soft reboot of Hitman adopted an outsized back-to-basics approach, returning the series to open-ended stealth missions, and across bigger levels than ever before. It fine-tuned familiar systems to create the most playable, accessible incarnation of the series yet. Compared to that game, Hitman 2 is more of a refinement than a reinvention. It has big, brand-new levels, but the mechanical changes are rather slight, like allowing your character to hide in foliage, blend into crowds, or be seen in the mirror.

Of course, even refinement is cause for celebration. Hitman is one of the greatest stealth games ever conceived, and the sequel is still a dense assassination sim bursting with possibility, tension, and wicked comedy. As before, the bald, bar-coded Agent 47 infiltrates wide-open levels that offer a variety of ways to reach and then execute his targets—though with the aid of poison or a sniper rifle, sometimes he doesn’t need to reach them at all. Many of the mechanics and level-design philosophies carry over to this new game entirely intact, to the point where levels from Hitman (which can be redeemed if you own the earlier game or purchase them as additional content) even slot neatly into the Hitman 2 menu as if they’ve been there all along.

Also as before, the slightest bit of plot is threaded through the game’s five levels. The story is a rote, convoluted conspiracy thriller just po-faced enough to serve its higher purpose: contrast. Like its predecessor, Hitman 2 recognizes that the inherent silliness of its premise—the highly conspicuous 47 can successfully disguise himself as almost anyone, as if he lives in some bizarre one-clothing-size-fits-all parallel universe—is funnier when it plays some things straight. So, while the story is concerned with 47’s true origins and who runs the world from the shadows, it works best to highlight the pleasing nonsense of something like the stoic 47 wearing the costume of a big flamingo sports mascot. His head pokes out of the hole in the costume’s neck, an oversized beak wobbling above his chrome dome as he struts away to grimly murder someone for money. Throughout, 47 crosses professional, vocal, and even racial lines with ease, manipulating a deeply oblivious society to a degree so absurd that it all plays like outright social satire.

That you can complete levels normally while dressed as a pistol-toting security guard instead of, say, an animal wrangler referred to as a “hippo whisperer” is an integral part of the game’s comedy, though traditional approaches are rewarding in their own right. Hitman 2’s combination of hiding in plain sight and ducking behind objects, creeping through hostile areas in search of a new disguise is as tense as it’s ever been. It’s still rewarding to pull off a careful series of plans, and still even more thrilling to watch those plans spiral out of control as you’re forced to violently improvise.

With its huge levels and the dizzying number of possibilities within them, the game walks a fine line between leading you along and leaving you to your own devices. The mission opportunities of the previous game, which set up the most outlandish and, more often, elaborate kills imaginable, sometimes made players feel as if they were going through a script as they went from one waypoint to the next. One of Hitman 2’s larger improvements attempts to remedy this: Opportunities are now called “mission stories” and function in largely the same way, laying out a number of steps to follow, but they now tend to require some additional input or step. They less often lead you by the nose up to the moment of a kill so much as set up an environment for players to take advantage of. Other elaborate methods don’t receive stories at all.

However, the game again lacks much of a middle ground for getting through these stories. The “minimal” guidance option is preferable since it lists objectives without marking specific waypoints to follow, but in massive levels loaded with information, the openness can be daunting and a little frustrating when you’re expected to follow such specific steps. The stories are often the best way to get to know the locations and possibilities of a level, so it seems counterintuitive to come back to them only after acquiring an intimate knowledge of the location. To create a more fully fledged “minimal” option, the developers at IO Interactive might have done better to write vaguer objectives or use waypoints that only mark a general area (or some combination of the two) rather than get rid of the waypoints entirely.

Elsewhere, Hitman 2 still struggles a little to incentivize improvisation. The series has come far in emphasizing its preferred playstyle of exploration and experimentation across repeat playthroughs, but like the Dishonored series and many stealth games in general, what the game marks as an ideal playthrough isn’t always the most engaging way to play. Though level-specific challenges and even some of the mission stories don’t require perfect runs to complete, it sometimes feels as if the most rewarding parts of the Hitman series mean making your own fun with the tools available to you. IO Interactive have left more than enough of those tools lying around the levels to accommodate, but it remains a challenge they have yet to solve.

To some degree, the difficulty of encouraging improvisation and emergent play is a problem of the entire genre, and perhaps it’s a little unfair to expect Hitman 2 to solve such a far-reaching issue forever. But the fact that this issue stands out, and that it even seems like something IO Interactive could potentially address, is a testament to how far the Hitman series has come since its rough beginnings. Hitman 2 reasserts Agent 47’s spot at the apex of the stealth genre. Even if the lavish detail, excellent writing, and world of possibility within vivid levels mostly just refine what came before, that’s because IO Interactive have all but perfected what they set out to achieve in Hitman: Codename 47 nearly 20 years ago.