Two titles are more responsible than any other for turning these last few years of gaming into the era of roguelikes. If Derek Yu’s Spelunky is the indisputable prodigy, the preppy Ivy League candidate parents love to show off to neighbors, then Edmund McMillen’s The Binding of Isaac is the problem child, the surly metalhead most likely to snub the guests and stay in the garage smoking pot and listening to Slayer. It’s a game sprinkled with visual references to terminal illness, substance abuse, abortion, religious fanaticism, and matricide—one where digging into sunflower-colored turds can net you some cool treasure and passing gas is a viable mode of offense. Yet the core mechanics operating behind this repulsive and fascinating façade are no less impeccably engineered than Spelunky’s.

A top-down twin-stick shooter of endless variation, Robotron’s malformed grandchild, The Binding of Isaac has always been a vessel for churning out perfect little versions of the traditional roguelike narrative: the rapid transformation of a fragile, impotent protagonist into an unstoppable killing machine in the course of a brief, unrepeatable session. McMillen understands that the joy in replaying his game, with aficionados devoting hundreds of hours encompassing thousands of playthroughs, lies not in the efficiency of these metamorphoses, but in their diversity, a fact often neglected by pretenders like Our Darker Purpose. Fooling around with the possible combinations of numerous trinkets, items, and pickups to create a unique character for each playthrough means that, even when such experimentation results in aberrations, you’ll still strive for your creations’ survival. They’re yours after all, and you’re never going to see them again after this run is over.

No surprise, then, that the Afterbirth expansion features, alongside a slew of new enemies, room types, secrets, and challenges, purportedly 120 new items. These and their resultant new mutations, are welcome, of course, but there’s a lot of filler included (simple attribute modifiers, variants of older concepts, and so on). And, even with the more inspired designs like Dead Eye (a passive item that empowers your tears for each successive accurate shot you make), it sometimes feels like adding to infinity: You can try to do it, but the range of possible permutations is so vast already that it doesn’t feel the new material makes much of a difference. The debuting bosses are more interesting, employing a variety of fresh tactics like Little Horn’s teleporting pits and Hush’s offensive onslaught reminiscent of bullet hell shoot ‘em ups. There’s also a new character, the blindfolded Lilith, who doesn’t fire tears herself, but through a demonic-looking familiar that accompanies her.

Lilith, due to her Box of Friends, an item that doubles the number of her companions every time it’s used, proves a perfect fit for one of the two main courses of the expansion: the Greed mode. Condensing playing time by confining the action within a single room where successive waves of increasingly difficult enemies descend upon and reward you with coins to spend on the ever-replenishing stock of the adjacent shop, Greed distills the power-trip appeal of the standard game. With harder battles, more items and shorter levels, this is the all-steak-no-sizzle version of The Binding of Isaac, and an ideal mode for players wanting to try out different item combinations, but don’t feel like spending time on a full run.

The highlight of the expansion, however, is the daily challenge. What this does is provide every player with the same set of levels, featuring identical items, to be played with a specific character. The caveat is you only get one chance, though the game will mockingly allow you to “practice” after finishing your first, official, attempt. A score is calculated based on level reached, damage sustained, and other, more cryptic, criteria, and posted online so you can compare your performance to your friends’ or the world’s best.

Daily challenge works because it brilliantly inverts the shared experience of the game. The random uniqueness of each playthrough meant that, so far, communication about The Binding of Isaac had been something of a monologue delivered via YouTube or Twitch (where the game is insanely popular, a constant presence in the top 10 of most-watched broadcasts), its effects oscillating between envy for that Brimstone-Mutant Spider combo that never happens to you, and pity for the hopeless, plucky build. By offering a common challenge, McMillen introduces not just the simple joy of judging your skill against a friend’s or a streamer’s on equal footing, but also the opportunity to consider possibilities of different choices within the same set of parameters; in effect, he introduces the potential for dialogue.

With Greed an excellent addition and the daily challenge a truly essential one, there’s little doubt that Afterbirth finally delivers on the promise of one of the most important indie games of the last decade. But it’s a melancholy occasion too. Items, enemies, and room types had already reached a kind of critical mass since the earlier Rebirth, and with the two new modes, we now have a complete, perfect version of The Binding of Isaac, one which, it seems, can sustain no further refinement. Meaning it’s time for McMillen to roll up the garage door, let some fresh air in, and channel his creative energies elsewhere. This baby is all grown up.

Review: Loop Hero Is an Addictively Hopeful Game of Adaptation and Reaction 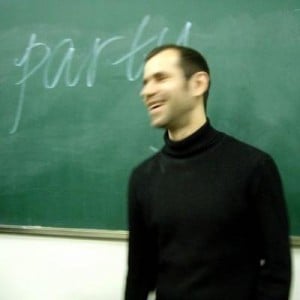 Alex writes about obscure games for The AV Club and Wireframe. He lives in Athens, Greece.