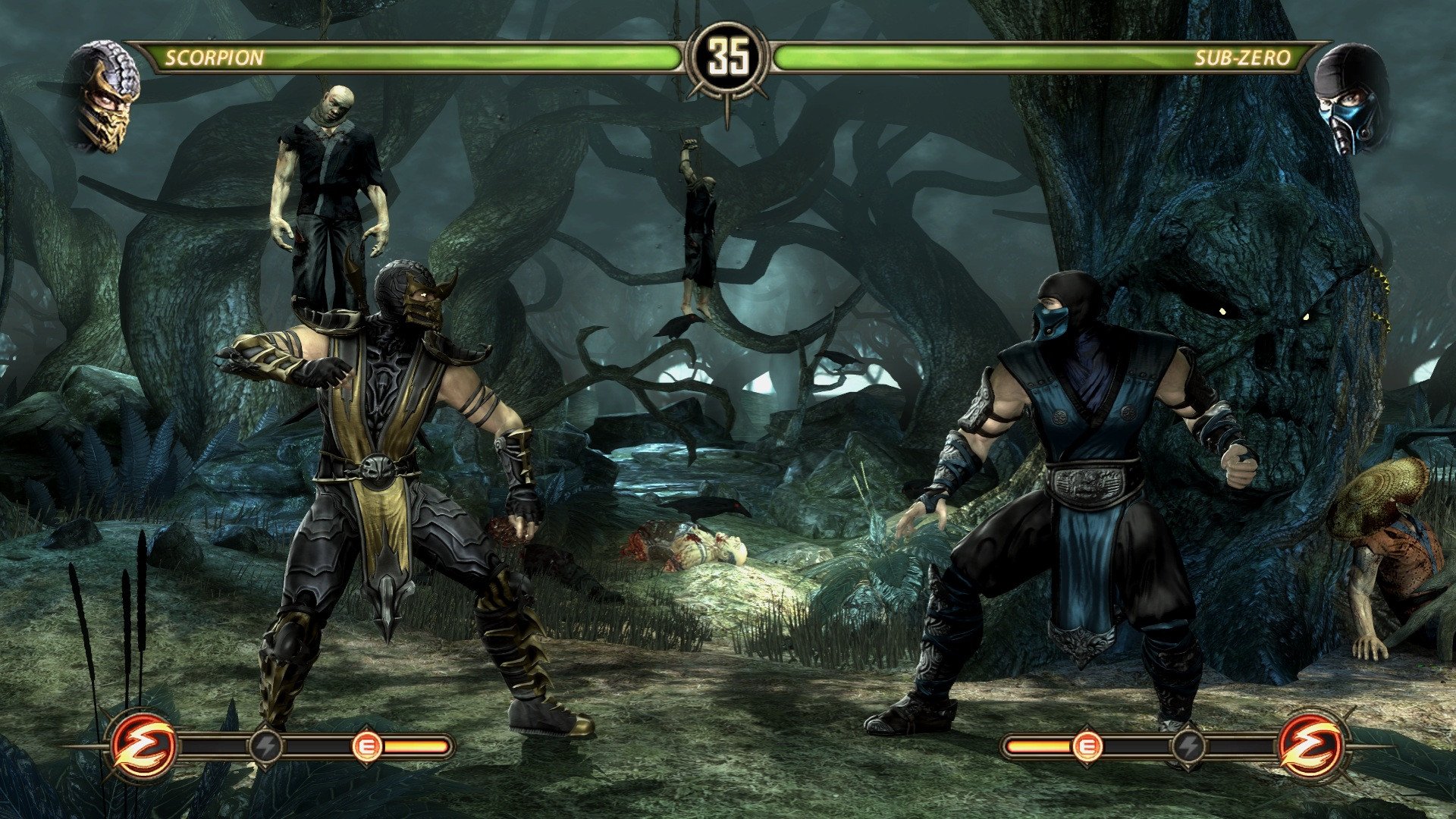 Iconic franchises don’t die; they simply reboot. Such is the predictable fate of Mortal Kombat, the notoriously gruesome fighter that, after countless iterations (including forays into ungainly 3D combat), has now been reborn again as a straightforward, striking 2D slaughterhouse. NetherRealm Studios doesn’t try to be overly inventive for this installment, choosing to deliver old-fashioned button-mashing, combo-maneuver mayhem with bloody polish and panache. No extravagant wrinkles here; whether opting for the one-player narrative mode, two-player competitive matches, or multiplayer online arena, the game proves doggedly determined to be a fanboy-pleaser.

To that extent, it ably does its job, even if the primary campaign’s narrative, by combining and condensing the first three Mortal Kombat titles’ tales, may rankle diehards in its reconfiguration of the series’s convoluted lore into a more streamlined, mainstream-accessible good-vs.-evil formula. Rest assured, though, that those changes make little fundamental difference, given that the plot is a hodgepodge of tossed-off conflicts and ominous dialogue—all about evil Shao Kahn’s desire to bring forth the apocalypse, and noble deity Raiden’s efforts to stop him via the Mortal Kombat fighting tournament—that merely tether together the various one-on-one, one-on-two, and two-on-two skirmishes that must be waged in order to reach the final showdown. What matters isn’t storytelling but aesthetic nastiness, fine-tuned mechanics, and a robust roster of playable superheroes and villains, and in this regard, Mortal Kombat earns a solid two out of three.

While they can be spotty in the (unforgivably un-skippable) cutscenes, the diverse environmental and character graphics are brawny and well-animated, notwithstanding the fact that the protagonists—a gaggle of elemental gods, government agents, martial artists, and monsters—are either laughably steroidal hulks or insanely buxom, half-clothed beauties. More importantly, its controls boast a rewarding sense of physical weight and power, aided by expert rumble effects that amplify the battles’ unmitigated brutality. Also helping that cause are typically excessive fatality finishing moves, as well as new X-ray attacks (performable after a gauge has been filled) that result in up-close-and-personal views of the internal damage wrought by your fists and feet. The number of playable fighters is somewhat disappointing; at only 25 (with two unlockable mystery players, unless you have a PS3, in which case you can also be God of War’s awesome Kratos), the game’s line-up feels a tad undernourished. And the Krypt, a venue where you purchase extras via the use of Koins earned during fights, remains a rather perfunctory mode aimed only at those few who care about additional costumes. Nonetheless, it’s the only truly superfluous addition to this latest gory go-round, which otherwise dispenses with unnecessary gimmickry to provide a familiar, enhanced arcade-style version of the neck-snapping, limb-severing violence that defines Mortal Kombat.