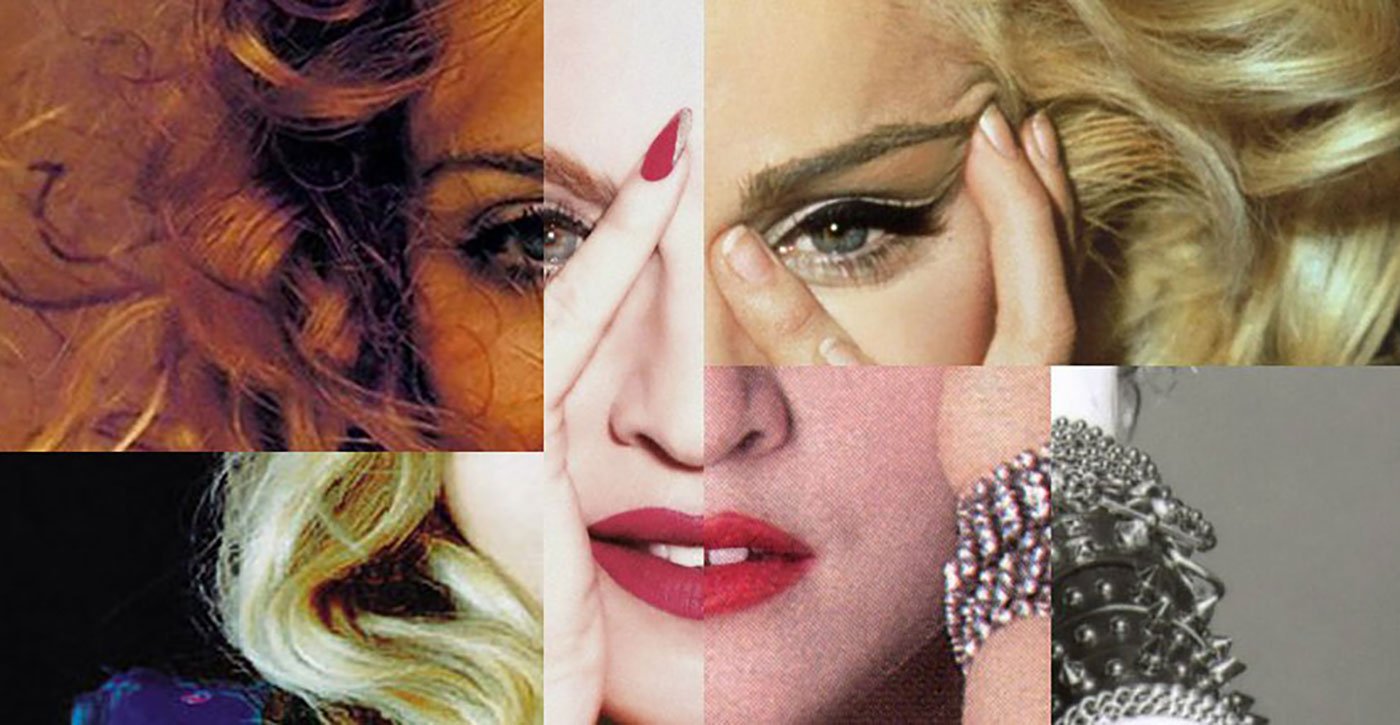 Editor’s Note: An earlier version of this list was originally published on August 1, 2018.

In 2013, Billboard named Madonna the top Hot 100 solo artist of all time, second only to the Beatles. She holds the title for the female artist with the most Top 10 singles in the United States, and reigns as the female with the most #1 singles in the U.K. According to Mediabase, the music industry service that monitors radio airplay in the U.S., there are currently a dozen Madonna songs in regular rotation on adult-contemporary and classic radio stations across the country. By every objective measure, she’s the most successful singles artist of all time.

But Madonna cast aside her reputation as a “singles artist” relatively early in her career, with albums like Like a Prayer, Erotica, and Ray of Light making a case for the singer as a consummate artist. (Listen to our list of Madonna’s greatest album cuts and B-sides here.) Her colossal success on the pop charts, which generally rewards familiarity and predictability, was possible not because she bucked the system—though from “Live to Tell” to “Justify My Love” to “American Life,” she’s rarely played it safe—but because she struck a balance between embracing trends and setting them.

Earlier this year Madonna hit another milestone, when “I Don’t Search I Find” became her 50th #1 hit on Billboard’s club play chart—extending her record as the artist with the most #1’s on any Billboard chart in history. In honor of this achievement, we’ve updated our ranking of the Queen of Pop’s singles to include four songs from her latest album, Madame X. (Though she released several music videos to promote the album, our criteria for eligibility includes songs that were serviced to radio or clubs.)

The bottom of our list is, not surprisingly, populated largely by Madonna’s most recent singles. But the decline in the quality of her latter-day output is a mere footnote in a nearly four-decade career that has spanned—and, for the most part, mastered—pop, R&B, dance, electronica, and beyond, while simultaneously tackling taboo topics, elevating underground trends, empowering minorities, and pushing the boundaries of so-called good taste. Let’s get to it. Sal Cinquemani

From the new songs on 1990’s The Immaculate Collection to…whatever the hell this is. Forget the uncharacteristic desperate crassness of choosing the then-hot Lil Wayne as a collaborator—much less deciding that he, of all people, is who you want adorning 2009’s Celebration, your most comprehensive greatest-hits package yet, one which still managed to find no room for “Deeper and Deeper” or “I’ll Remember.” Also, ignore the half-heartedness of the track’s electroclash gestures. What you have left is a clumsy sex-equals-guns metaphor that, with each passing year in America, grows more and more tone deaf. Eric Henderson

81. “Another Suitcase in Another Hall”

That Evita turned ostensibly liberal musical nerds into authoritarian apologists by emphasizing only the most superficial aspects of Peronism would be sinful enough, but in typical Andrew Lloyd Webber fashion, its songs are musically rote and lyrically bludgeoning. So goes “Another Suitcase in Another Hall,” a sleepy travelogue set to schmaltzy acoustic guitar and saxophone and a male chorus echoing Eva Perón’s—and by extension Madonna’s—self-pitying complaints about moving from one place to another. Political and psychological nuance, meanwhile, are nowhere in sight. Paul Schrodt

Yes. Yes, you are. And you fucking ought to know better. Henderson

The poison running through 2012’s “Girl Gone Wild” isn’t really its evidently deliberate disposability. Madonna could’ve covertly made a mockery of Benny Benassi’s crude David Guetta sheen if she’d been on her game. But the crassness of her performance reads sadly oblivious, and the demands to have fun are left sounding desperate. Like a Tumblr-meme version of “Get Together,” “Girl Gone Wild” is a rabbit hole of repurposed content (right down to the somewhat sacrilegious “Act of Contrition” swipe), ready for you to share if you want but of which you’ll unquestionably be done with by the time you hit “send.” It may not be the nadir of Madonna’s career, but I can think of few moments that feel as much like a betrayal of her legacy than the way she deadpans “It’s so erotic” right before chirping “This feeling can’t be beat.” Henderson

We have no particular qualm with Alan Parker casting Madonna as Eva Peron to sell tickets. In the ‘90s, movie musicals just didn’t sell themselves, and they needed any extra help they could get. We also have no problem with Madonna winning the Golden Globe for Best Actress over Frances McDormand in Fargo, an oh-so-Hollywood Foreign Press Association choice that AMPAS even more predictably rendered irrelevant when they didn’t give Madonna an Oscar nomination. If “You Must Love Me” just barely misses taking the dishonor of being ranked the worst of the singles released from the soundtrack, it certainly chides that its entire mad existence was to push Andrew Lloyd Webber that much closer to an EGOT. Henderson

Recorded for Madonna’s 2009 greatest-hits collection of the same name, “Celebration” was clearly intended as a throwback to her early dance anthems. And it’s an embarrassing failure. Producer Paul Oakenfold’s incessant, four-on-the-floor beat may as well have come from a generic EDM sample pack. Worse is Madonna’s beleaguered singing, which sounds like a Gen-Z wannabe’s imitation of the Queen of Pop. “If it makes you feel good, then I say do it,” she tosses off through garish digital vocal effects, coming off like a Real Housewife too sauced on rosé to actually care one way or another. Benny Benassi added some much-needed sonic interest and rumbling bass on the superior remix, which Madonna was at least smart enough to use both for the music video and on tour. Schrodt

“Every record sounds the same/You gotta step into my world,” Madonna sings on “Give Me All Your Luvin’,” the lead single from 2012’s MDNA. Even if the song didn’t really sound like anything on the radio at the time, it also didn’t sound like what “Justify My Love” sounded like in 1990, what “Frozen” sounded like in 1998, what “Music” sounded like in 2000, or even what “Hung Up” sounded like in 2005. The song is catchy, sure, but its few charms—‘60s surf-pop guitar, vintage video-game effects, and references to her past songs—are fleeting at best. “Beautiful Stranger,” which shares more than a few similarities with “Give Me All Your Luvin’,” at least sounded like it was being sung by a grown woman rejuvenated and exhilarated by love at first sight. Here, Madonna’s just playing head cheerleader for a team of one—and despite the presence of Nicki Minaj and M.I.A. The issue isn’t Madonna’s age (she’s made a career out of thwarting expectation and convention, which is why she still matters), but authenticity: The difference between, say, “Into the Groove” and “Give Me All Your Luvin’” is that Madonna’s demand for us to give her all our money—err “luv”—is coming from a queen on a throne, not an unknown hipster on the dance floor with the whole world at her fingertips. Cinquemani

The 2008 hit “4 Minutes” is so meta—and its creators so egomaniacal—that it wouldn’t be surprising to learn that Madonna and Justin Timberlake actually sat down with the intention of writing a song that could literally save the world and, instead, wound up writing a song about the hassle of writing a song that could literally save the world. Put simply, the song’s lyrics—which at first seemed confusing and muddled to those who expected it to be about, you know, saving the world from climate change or the AIDS pandemic in Africa—seem to attempt to illustrate what it’s like to write or perform a pop song that could actually succeed at doing one of those things, or at making the bourgeoisie and the rebel come together in every nation. Thank God for that colossal, ridiculously infectious horn riff. Without it, “4 Minutes” would be nothing but a busy assemblage of dubious clichés, irritating vocals, and Timbaland’s marching-band beats and irksome “ick-y ick-y” banter. Cinquemani

Madonna’s ballads are often refreshingly understated compared to those of her contemporaries, her voice homing in on a specific emotional texture rather than bludgeoning you with shrill vocal gymnastics. Though she drifts toward maudlin on “One More Chance,” recorded for 1995’s slow-jam compilation Something to Remember, her pleas for a lover to come back so she can prove her worth are expressive. Regretting her tendency to “play the Queen of Hearts,” however, she sounds downright pitiable. Schrodt

Among MDNA’s many disparate attempts at pop relevance, “Turn Up the Radio” is an innocuous but pleasurable enough anthem. The lyrics, aping “Music” without the ironic wit, praise the restorative power of blasting tunes on a drive and forgetting your problems (“We gotta have fun, if that’s all that we do” goes one clunker). In the end, though, Madonna isn’t able to put a distinctive stamp on the track, succumbing to producer Martin Solveig’s relentless beats and supersized bass. Schrodt

With its rote production and gratuitous use of Auto-Tune, 2015’s “Ghosttown” is far from one of Madonna’s more searing ballads, but its portrait of a couple’s steadfast commitment even amid the ravages of a post-apocalyptic world feels poignant and relevant, evoking the personal impact of institutional collapse. Schrodt

If you can forget that “American Life” contains possibly the worst white-girl rap of all time, rhyming “soy latte” with “double shot-ey” and in the process making Debbie Harry sound like Jay-Z, then it’s actually an admirably gutsy lead single for an album that would effectively end Madonna’s reign on the U.S. pop charts. She and producer Mirwais fuse a dreamy acoustic chorus with harsh skittering drums and laser-like synth sounds, and the disorienting shift reflects Madonna’s state of mind in the lyrics, questioning the demands of the Dream Factory and moving toward something resembling personal satisfaction. It’s pop as bomb-throwing protest. Too bad her list of extensive household staff doesn’t exactly help make the point. Schrodt