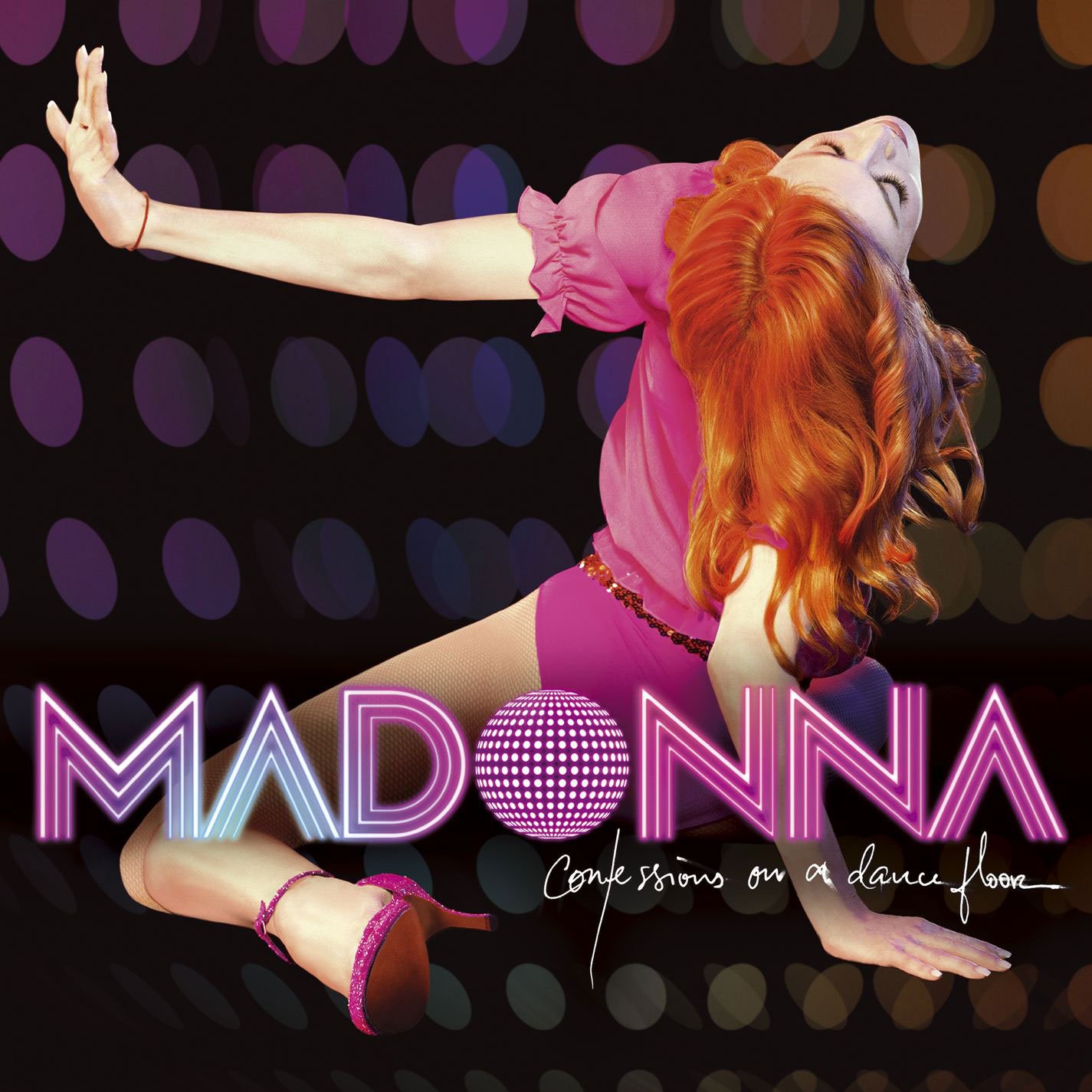 Madonna made like the bastard rebel child of Patti Hearst and Che Guevara on the cover of 2003’s American Life, but the socially-conscious, publicly slept-on album didn’t exactly stage a coup. Despite moments of greatness (“Intervention,” “Die Another Day,” “Nothing Fails”), the album somehow amounted to less than the sum of its parts, at times awkward and monotonous (thanks to Mirwais’s creatively-stunted production), but also daring, the sound of a superstar once again venturing outside her comfort zone. The fact is, American Life wasn’t a bad album by any standard; had it been released today (or in ’03 by an unknown artist), it could very well have become a critics’ darling a la Green Day’s American Idiot or, at least, been less of a bomb—a point hammered home while watching Madonna’s crinkled expression in between wartime “American Life”-style videos like “Wake Me Up When September Ends” and My Chemical Romance’s “The Ghost of You” during her visit to MTV’s TRL last month.

But now that the rest of the country has caught up, Madonna is making like all of the pre-Reagan dancing queens who took to Studio 54 during similar economic turmoil back when the aspiring dancer from Michigan first arrived in the Big City in the late ’70s. Her best work has always married the rapturous with the introspective (think Like a Prayer, Ray of Light), and maybe Madonna has learned that she’s better off taking a cue from George W. Bush and appealing to her base. And if there’s anything else the woman knows how to do, it’s damage control. Mirwais proved to be even more of a one-trick pony than William Orbit and, aside from one song, Madonna wisely cut the French producer from the payroll of her new album Confessions on a Dance Floor. The bulk of the album is instead helmed by Stuart Price, who, ironically, was responsible for American Life’s quietest, most sublime moment, “X-Static Process.” Here, though, Price helps Madonna return to her former four-on-the-floor glory.

One of Madonna’s greatest latter-day paeans to the dance floor, 2000’s “Music,” was retro in practice, not essence, a meta throwback to the Material Girl’s own post-disco origins. The spiritual girl of Ray of Light was still in charge—there was a greater social order at stake in the intentionally throwaway lyrics about getting up on the dance floor. Lead single “Hung Up,” on the other hand, is sung from the perspective of the girl who once had nothing. Like Gwen Stefani’s “What You Waiting For?,” which was remixed into an impatient slice of Italo disco by Price, “Hung Up” uses a ticking clock to symbolize fear of wasted time, but Madonna isn’t just singing about careerism (or even bringing the people together), she’s talking about love, the thing that made “Into the Groove” such a timeless dance classic. And “Hung Up”—which Madonna first imagined as a figurative cross between Danceteria, the NYC club where she first got her start, and ABBA on Ecstasy—doesn’t just reference the past, it embodies it with its pitched-upward vocals, infectious arpeggio sample from ABBA’s “Gimme Gimme Gimme (A Man After Midnight),” and decidedly unironic, archetypical key change during the bridge.

Aside from “Hung Up” and “Sorry,” the insanely catchy second single that’s destined to become a Madonna classic, Confessions isn’t the mindlessly fun dance album we were promised. It, in fact, has a lot more in common with Madonna’s last three albums, particularly Ray of Light, than her first three. Confessions is American Life repackaged for the masses—or, rather, her masses: recurrent topics include materialism (“Let It Will Be” and “How High”) and, of course, spirituality. “Isaac,” which is what the Dave Matthews Band might sound like if they started making techno music, is an exhilarating hymn, while “Future Lovers,” with its spoken-word passages and chants, is less like an actual song and more like a spiritual instruction manual. The allegorical closing track, “Like It or Not,” finds Madonna stuck in English Roses mode, stringing together Kabbalah-learned platitudes one after the other. For evidence of Madonna’s previous talent of turning clichés into pop slogans, though, look no further than “Get Together,” with its subtle nods to “Holiday” and “Secret,” or the “I’ve heard it all before” hook of the ABBA-esque “Sorry” (the track appropriates the bassline from the Jacksons’s “Can You Feel It,” the beat of which was, coincidentally, nabbed for Madonna’s career-defining “Material Girl” 20 years ago).

Of course, it wouldn’t be a Madonna album without at least one clunker, and this time it’s “I Love New York,” a guitar-driven track that sounds like an American Life leftover (though it wasn’t produced by Mirwais) and includes couplets that end with “New York” and “dork” and, even worse, “f’ off” and “golf.” It helps that, despite some minimal effects, the vocal performances are nothing if not assured: “Jump,” a gritty club anthem that wouldn’t have sounded out of place on Erotica, showcases her lower register; the elastically propulsive “Push” finds a microphone-chewing Madonna paying homage to those who inspired her to keep going (possibly her mother, her children, her husband, even the late college dance instructor who pushed her to move to NYC, or presumably all of the above); and “Forbidden Love” is a slice of pensive ambient techno that positions her as a sex-kitten-voiced cyber-disco seer (Madonna hasn’t sounded this genuinely tender-hearted since Bedtime Stories…coincidence?).

Comparisons to Light Years, Kylie Minogue’s own discofied comeback album from 2000, are inevitable, and not just because both include nearly identical nods to Donna Summer’s “I Feel Love.” But the final quarter of Confessions, starting with “Isaac,” is like the soundtrack to some futuristic production of Yentl (supposedly the album is the product of what was originally intended to be a musical score), and that’s something only one woman could get away with. One of the few pop singers whose albums are best appreciated in their entirety and not lopped off into “hit singles,” Madonna, with the help of Price (who segued the album’s tracks like a DJ set), has succeeded at creating a dance-pop odyssey with an emotional, if not necessarily narrative, arc—and one big continuously-mixed fuck-you to the art-dismantling iPod Shuffle in the process.