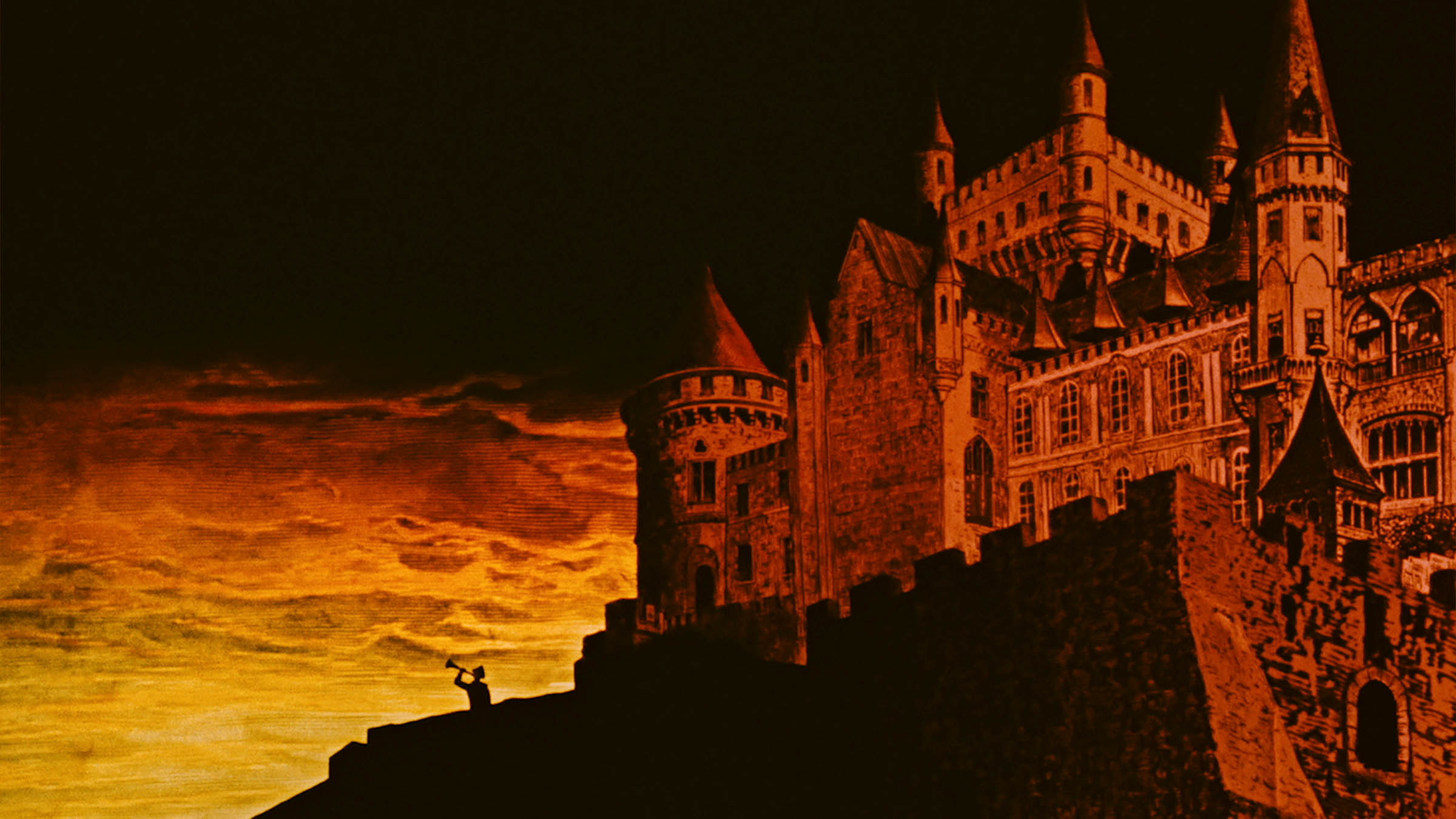 As a result of the Covid-19 pandemic putting the kibosh on most communal activities this year, the steady pulse of home-video releases, each and every Tuesday, felt more comforting than ever—a means of measuring out days and weeks that otherwise seemed to unnervingly bleed into one another. As in previous years, a plethora of titles hit the home entertainment market, running the gamut from arthouse classics to the most obscure cult films, all waiting to be picked up by the eager collector.

This has been the year of the big box set—and not just when it comes to the number of films collected therein. Both Criterion’s Essential Fellini and Arrow’s Gamera: The Complete Collection are stunning in their scope. Even the more modest sets went all out in terms of packaging by including foldout posters, CD soundtracks, art cards, and thick books (hard- and softcover editions) full of lovely illustrations, as well as packed with captivating analysis, such as ABKCO’s phenomenal The Alejandro Jodorowsky 4K Restoration Collection and Arrow’s stellar 4K UHD presentation of Mike Hodges’s cult favorite Flash Gordon.

And then there are the lowest of low-profile films from unknown or underacknowledged filmmakers that finally bowed on Blu-ray, from Juraj Herz’s blackly comedic The Cremator to Joseph L. Anderson’s ethereal and criminally unseen Spring Night, Summer Night. Some of them haven’t seen the light of day since the VHS era, such as the wonderfully fractious Town Bloody Hall and Lindsay Anderson’s pitch-black satire Britannia Hospital. But now they’re here, all souped up with bonus materials, and looking far better than they have since they first screened for the public. Our list of the best home-video releases of 2020 just might bring to attention a few choice titles that had previously fallen through the cracks. Budd Wilkins 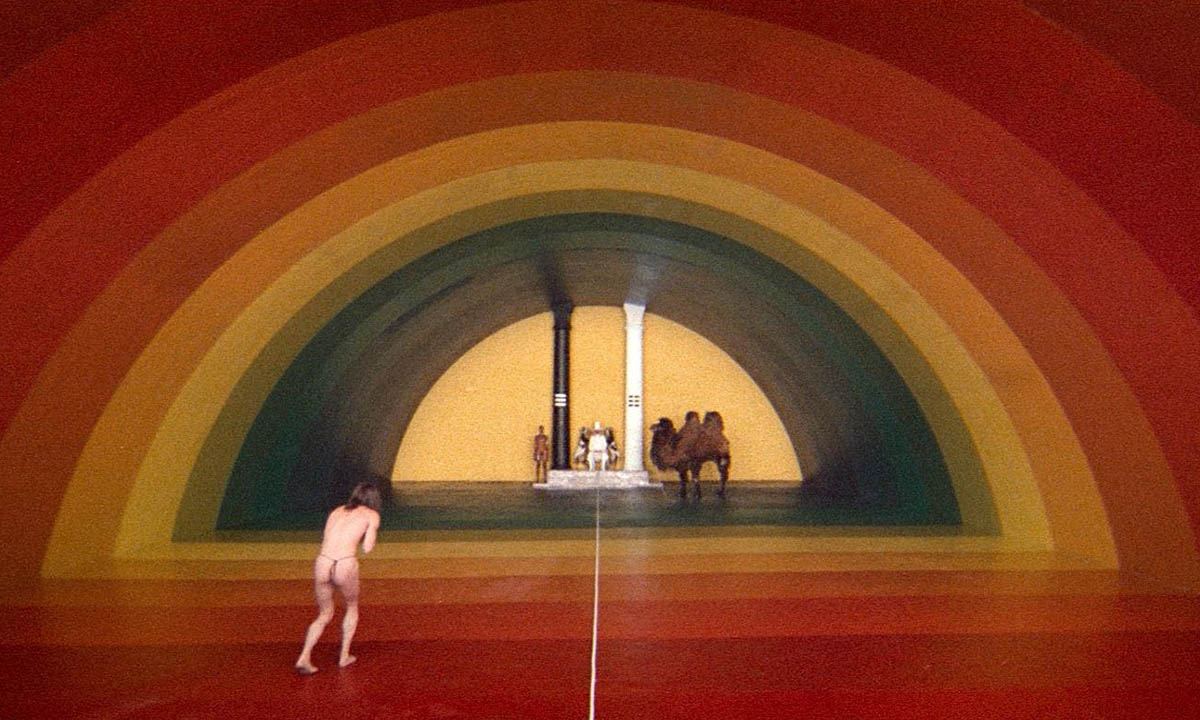 Diving headfirst into ABKCO’s gorgeously assembled box set is bound to be a mind-altering experience for Jodorowsky fans and novices alike. Fando y Lis, El Topo, and The Holy Mountain are presented in new 4K restorations, and each looks pretty spectacular, marking a significant improvement not only over Anchor Bay’s 2007 DVD editions, but also over the individual Blu-ray releases of El Topo and The Holy Mountain from 2011. Each of the films comes in its own jewel case, all housed in a slipcase box, alongside a foldout two-sided poster, and a lavishly illustrated 78-page book replete with cast and crew information, essays on each film, a 1973 interview with Jodorowsky, and other ephemera. The El Topo and The Holy Mountain cases each contain a soundtrack CD. On their respective discs, the first three films come with an introduction from film scholar Richard Peña, a 2019 interview with Jodorowsky reminiscing about the film, and an archival commentary track from Jodorowsky. Taken together, these bonus materials constitute a master class in Jodorowsky’s early work, full of information about every aspect of the films from creation to reception, with particular emphasis on the occult and spiritual symbolism that runs rife throughout. Wilkins 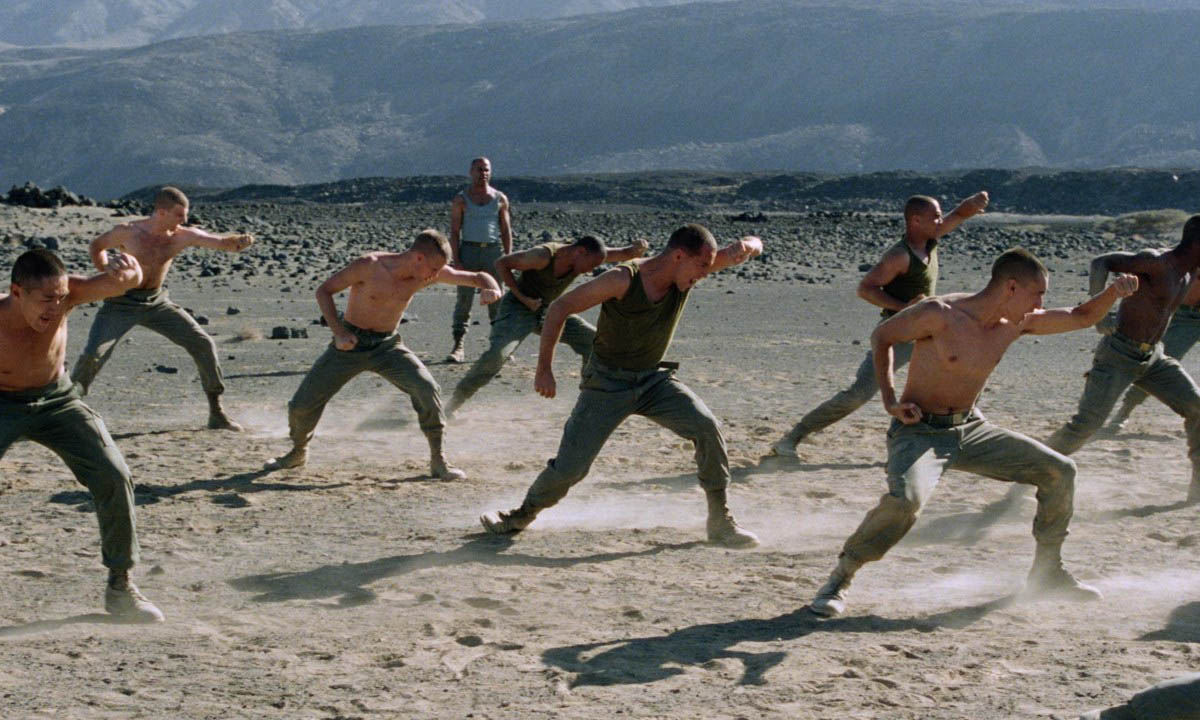 Unavailable on home video for years, Claire Denis’s stunning, oblique portrait of erotic angst received a definitive transfer that demonstrates the full range of its poetic beauty. Bright desert backgrounds that were once washed out and hazy now pop with amazing color separation, while flesh tones are significantly more natural. The film’s full sensuality can now be appreciated in the visible beads of sweat trickling down soldiers’ faces and arms, and the colorful beauty of Djibouti stands out even more, further emphasizing the elegance of both its cities and its harsh rural terrain. While the disc’s supplemental materials are slim, they’re all noteworthy. Recorded just after the first protests over George Floyd’s death, a discussion between Denis and director Barry Jenkins foregrounds the film’s political content and the loaded racial subtext of its postcolonial context. Interviews with actors Denis Lavant and Grégoire Colin abound in anecdotes about their time in Djibouti and surrendering to a shooting process that sounds every bit as intuitive and unspoken as the completed film. But the highlight of the extras may be cinematographer Agnès Godard selected-scene commentary, in which she breaks down several moments from Beau Travail with details about the challenges of the location shooting, including notes about which films stocks and lenses she used in order to be able to shoot in harsh light while also accurately capturing both white and black flesh tones. Jake Cole 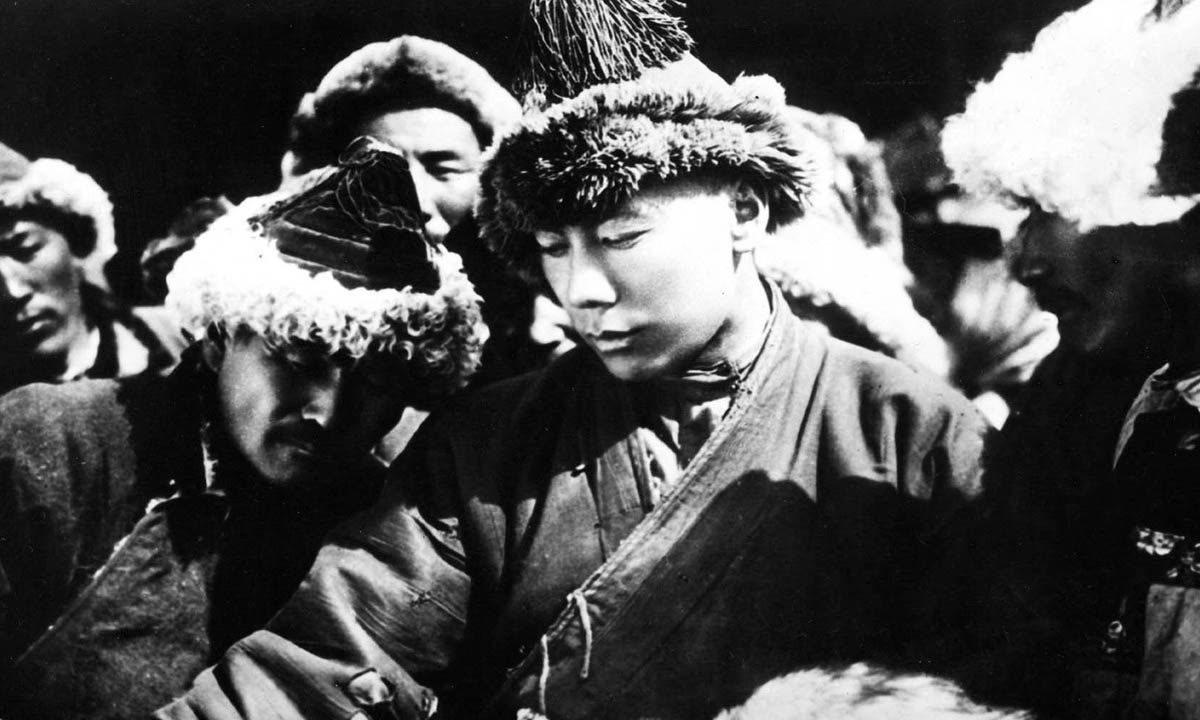 Consider Flicker Alley’s Blu-ray release of Vsevolod Pudovkin’s “Bolshevik Trilogy” your essential introduction to an overlooked master of early Russian cinema. While Sergei Eistenstein’s montage theory shaped Russian cinema in the 1920s, other filmmakers—such as Dziga Vertov, Lev Kuleshov, and Pudovkin—had their own ideas about how editing could be deployed to maximum effect. Central to Pudovkin’s approach to cinema is his belief that “editing controls the psychological guidance of the spectator”—a quote that gets at the heart of his opposition to Eisenstein’s tendency to focus on the unified masses over individuals and create meaning through a dialectical collision of disparate images. This two-disc set is brimming with informative and engaging extras that help to contextualize Mother, The End of St. Petersburg, and Storm Over Asia within the period of Russian history and cinema in which they were made. The two beefiest features are the audio commentaries on Mother and Storm Over Asia. The first, by Russian film historian and curator Peter Bagrov, touches on Pudovkin’s approach to articulating the empathy and humanism of Maxim Gorky’s novel. Bagrov’s discussion of Pudovkin’s aesthetic, and the ways he uses distance, camera angles, and lighting to convey his characters’ psychological complexity, is particularly effective. Most surprising is Bagrov’s argument that American continuity editing, especially that of Griffith, helped to shape Pudovkin’s aesthetic. Derek Smith 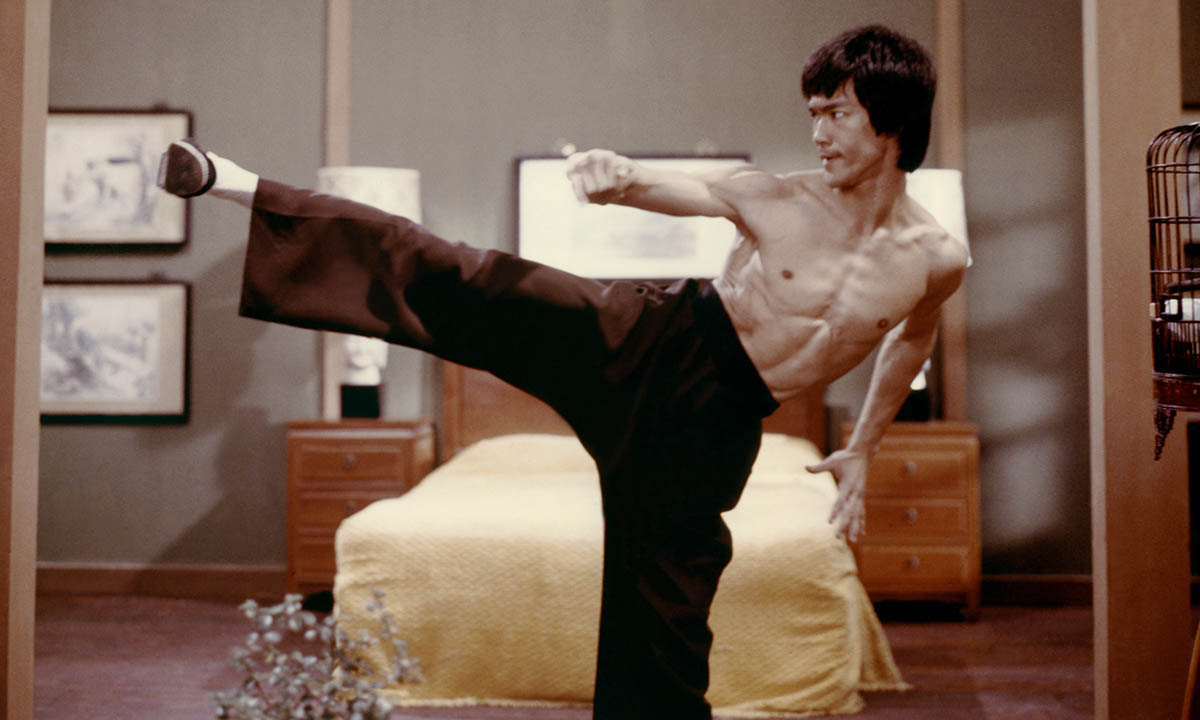 The five films spotlighted in the Criterion Collection’s Bruce Lee: His Greatest Hits cumulatively offer a pseudo-autobiographical narrative that parallels the general beats of Lee’s life, from his rising status as a film star to his death at 32 as he was on the cusp of becoming an icon. The films abound in patterns, especially structural bifurcations, that reflect how Lee had to prove himself first to the Hong Kong film industry and later to Hollywood. Adaptation is the theme of his films and the guiding philosophy of his own school of martial arts. Depending on the film, a variety of monaural and alternate soundtracks are available across the set’s discs, including English dubbings, and they boast remarkably dimensional soundscapes, rendering the action scenes more kinetic and cathartic than ever before. And the extras constitute a head-spinning bonanza of information that could take a cinephile a month to fully unpack. In addition to three more films (the 103-minute special edition of Enter the Dragon; Game of Death II, an even more desperate and ghoulish enterprise than its predecessor; and a newly remixed 34-minute version of the original Game of Death), there are illuminating new interviews and featurettes that articulate Lee’s philosophies at length. For a quick one-stop shop, the 10-minute interviews with Lee biographer Matthew Polly included on each film serves as a wonderful primer on the social contexts that inspired each respective production. Chuck Bowen 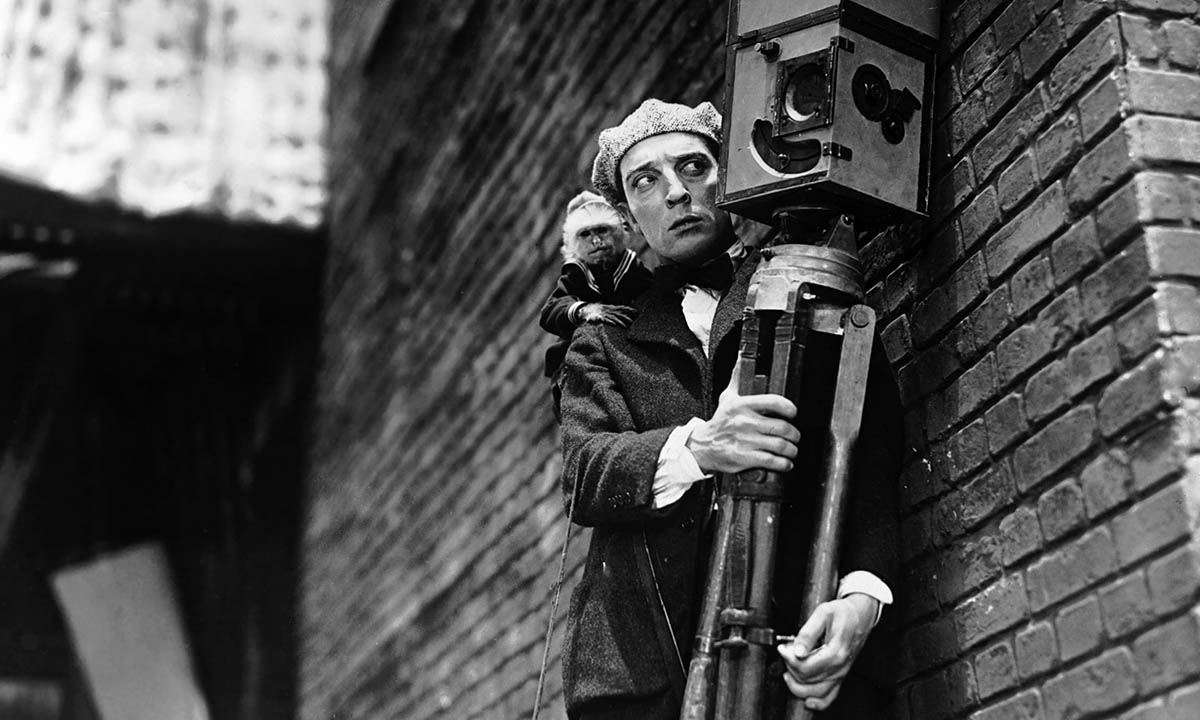 The Cameraman (The Criterion Collection)

Given the current status of the rights to Buster Keaton’s features, this release is likely Criterion’s only shot at the silent master’s oeuvre for the foreseeable future, and they have truly pulled out all the stops. Each of the extra features included here is both substantial and unique in its approach to Keaton’s art and career. First and foremost among these is a 2004 audio commentary with Glenn Mitchell, author of A–Z of Silent Film Comedy: An Illustrated Companion, who nicely balances discussion of The Cameraman’s self-reflexive elements, Keaton’s struggles during his time at MGM, and how the film quickly became the template for many of the studio’s future comedies. This release also comes with Edward Sedgwick and Keaton’s Spite Marriage from 1929 and an accompanying commentary track, in which historians John Bengtson and Jeffrey Vance discuss Keaton’s follow up to The Cameraman. Of the four non-commentary features, the new short documentary Time Travellers is the most singular and invaluable. Here, film historians Marc Wanamaker and John Bengston tour Los Angeles to visit numerous locations where The Cameraman was shot, but more interestingly delve into the various investigative tactics that were used to track down these somewhat obscure locations, including old photographs and maps and details in films as minute as reflections in windows and mirrors. Smith