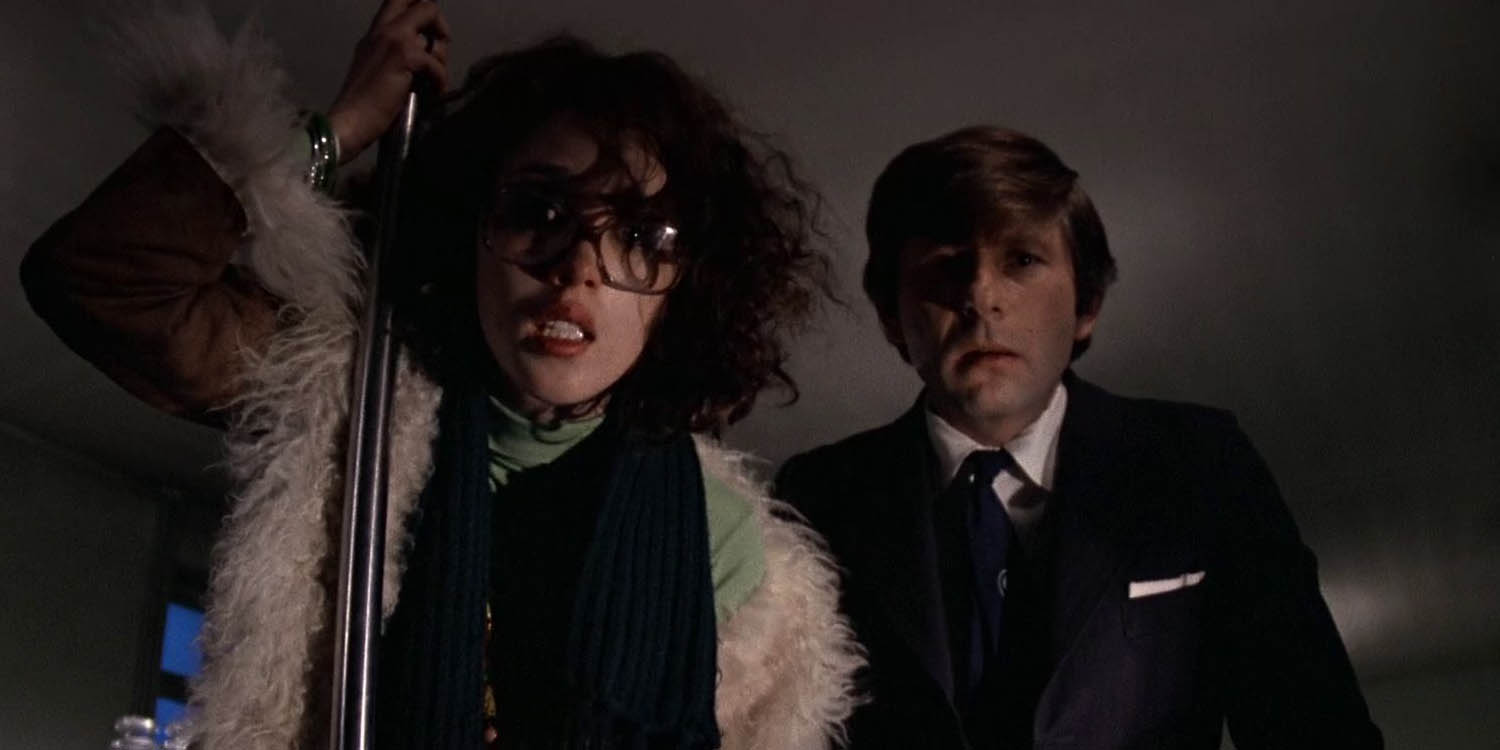 Roman Polanski survived the Warsaw ghetto by wandering the Polish countryside, lived through the brutal slaughter of his wife Sharon Tate at the hands of Charles Manson’s disciples, and fled the United States in 1977 in order to dodge jail time for statutory rape. His cinema has forever mirrored the many physical and psychological obstructions in his life. Just as Rosemary’s Baby seems to eerily portend Tate’s death and the sacrifice of her unborn child, 1971’s brilliant Macbeth can be read as Polanski’s metaphoric attempt to fully exorcise himself of his wife’s murder. 1976’s Le Locataire (The Tenant) is the final film in Polanski’s unofficial trilogy of films (before Rosemary’s Baby there was Repulsion) about apartment dwellers slowly succumbing to their claustrophobic and terrifying surroundings.

Polanski stars as Trelkovsky, a Polish-born French citizen who moves into an apartment whose previous tenant committed suicide. Over the course of the film, Trelkovsky comes to believe that his tenants are engaged in a conspiracy to drive him to suicide by forcing him to take on the personality of the dead woman. Unlike Catherine Deneuve’s Carole Ledoux from Repulsion, the timid Trelkovsky remains somewhat of a cipher. But The Tenant isn’t so much a psychological portrait of grief as it is an unnerving acknowledgement of the ambiguous nature of the world. Unlike Rosemary Woodhouse’s all-of-them-witches nightmare fulfillment, Trelkovsky really is a victim of his own paranoiac fantasies.

When a man comes to visit the previous tenant, Trelkovsky mentions her suicide. The man discusses the woman’s fascination with Egyptian culture and how upset he is that she passed into the realm of the dead without her ever knowing about his affections for her. Between this scene and a series of philosophical ruminations about grief, it’s clear that Polanski is still dealing with Tate’s death. When Trelkovsky and the man stop at a restaurant, two drunkards offer free drinks to everyone in the room except the man who yearns for the dead tenant. Via this absurd and seemingly simple exchange, Polanski brilliantly evokes an evil society’s almost supernatural ability to recognize weakness in others and to punish all that is good.

The film’s nihilist point is clear: It’s the world against Trelkovsky and not the other way around. There’s an overwhelming sense here that the world is a stage and the people in Trelkovsky’s immediate realm are in constant performance mode. Because everyone in the film seems to exist solely for his benefit, it’s sometimes easy to brush Trelkovsky off as an egomaniacal loser. (Imagine a more uptempo remake of the film with Tom Cruise in the lead.) The film’s actors stand in center frame, staring not only at Trelkovsky but at the spectator as well. They pass judgement, whisper mischievously, and spread their idle gossip. This is the power of Polanski’s image—to so chillingly summon the self-consciousness and fear of the individual and the pervasive gaze of threatening others.

Review: Terminator 3: Rise of the Machines