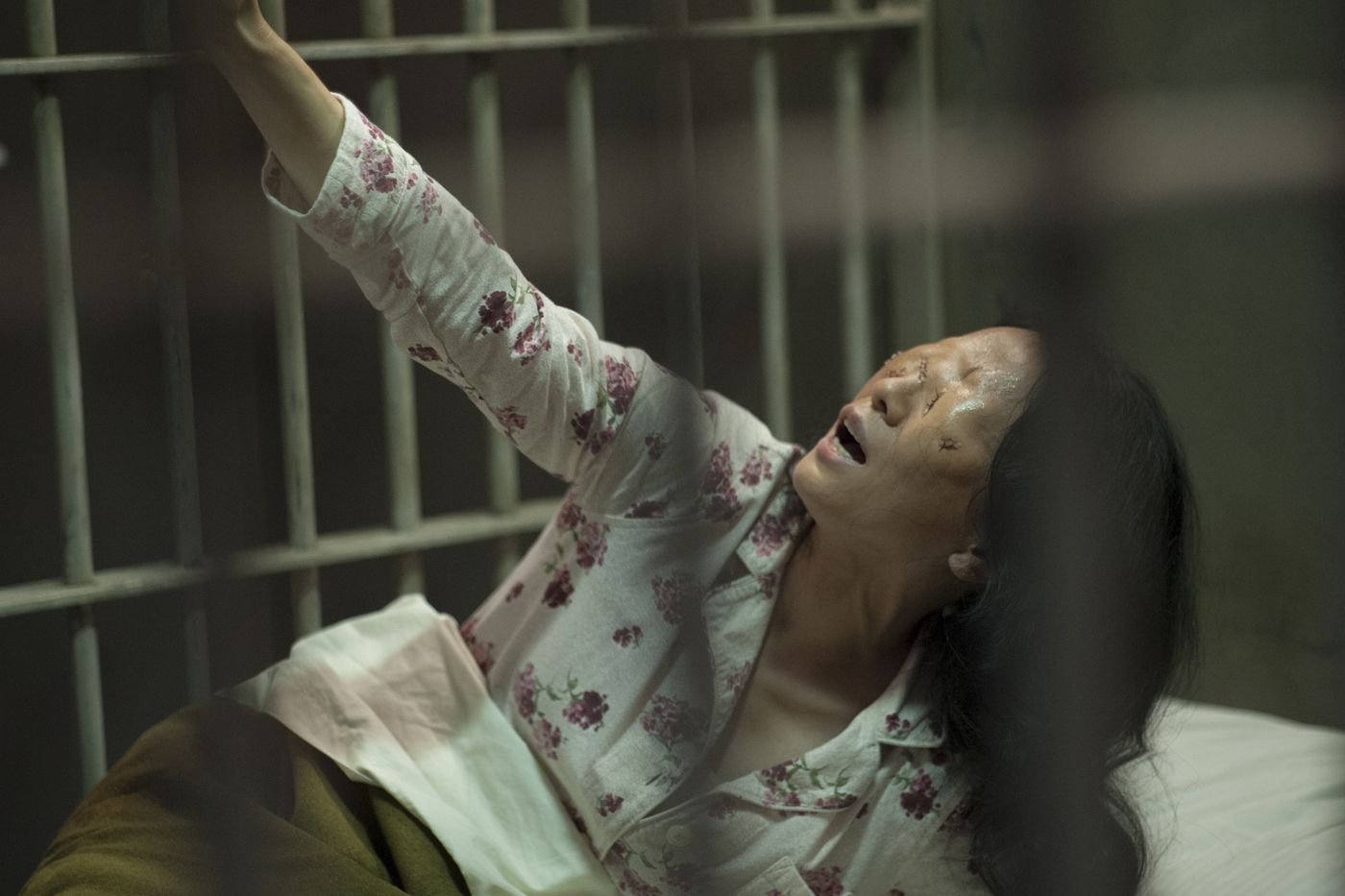 The latest Twin Peaks: The Return is, to invoke the Bard, “such stuff as dreams are made on.” David Lynch has always conjured up his disorienting, often disturbing narratives according to an intuitive dream logic. The original Twin Peaks often used Agent Cooper’s dreams to forward, and occasionally frustrate, the central mystery of who killed Laura Palmer. And the new series has taken several dreamlike excursions into far leftfield, in particular the recursive flashbacks of “Part 8.” But never before has Lynch commented quite so explicitly about the philosophical, even metaphysical, function of dreams. Suffice it to say, dreams and visions—as well as a few rather gnomic discussions thereof—take up practically the entirety of “Part 14.”

Gordon Cole (Lynch) relates “another Monica Bellucci dream” he had the night before, and we watch it unfold in denatured black and white, a style akin to the sequences concerning Carel Struycken’s character, revealed in this episode to be called the Fireman. It’s likely that this equivalence in style indicates a broader analogy between the dream state and whatever realm the Fireman occupies. At any rate, Bellucci overtly references dreams within Cole’s dream. “And then she said the ancient phrase: ‘We are like the dreamer who dreams and then lives inside the dream.’” This phrase comes from the Upanishads, sacred Hindu texts concerning the Self and its place in the cosmos, and Lynch has often invoked it when discussing his film Inland Empire. That Twin Peaks therefore aligns with Lynch’s freeform “identity trilogy” (also comprising Lost Highway and Mulholland Drive) seems confirmed by Bellucci’s next words: “But who is the dreamer?”

These words lead into a monochrome reprise of the scene in Twin Peaks: Fire Walk with Me that introduces Phillip Jeffries, a character played by David Bowie and much-mentioned in the new series. Jeffries questions the identity of Agent Cooper (Kyle MacLachlan): “Who do you think that is there?” Both questions bring notions of identity into the foreground, suggesting a bewildering multiplicity of answers that might undermine everything we think we know about what’s going on in Twin Peaks: The Return.

Bellucci’s question also indicates an ongoing slippage between dream and reality that might account for the increasingly incompatible timelines that have been established for the various storylines taking place in different parts of the country. It’s significant here to note that the films in the aforementioned trilogy all exhibit unconventional temporal structures. Recall as well, in this regard, the time loop of Cooper in the glass box from “Part 1,” and whatever’s going on with Sarah Palmer at the end of “Part 13.”

Speaking of Sarah (Grace Zabriskie), there definitely appears to be something very amiss with her. Out for a pick-me-up at the Elk’s Point #9 Bar, she rebuffs progressively more derogatory pick-up lines from another barfly (John Paulsen) in a Truck You T-shirt, before pulling her face off to reveal a white hand with a blackened ring finger and a ravenous Cheshire Cat grin, in a gesture that echoes and inverts the one made by Laura Palmer in “Part 1.” The existential opposition between mother and daughter finds its parallel in the revelation that Janey-E Jones is the estranged half-sister of Diane (Laura Dern). So now the relationship between Janey-E and Cooper provides a precise mirror image to the one between Diane and the doppelganger. Diane likely had some hand in creating the Dougie Jones tulpa, or thought manifestation, a Golem-like figure out of Buddhist mysticism.

The show’s endlessly proliferating doubles extend to a matched pair of scenes relating to encounters with the otherworldly Fireman. After discovering Naido (Nae Yuuki), the eyeless woman Cooper met in “Part 3,” lying naked in the woods, Andy (Harry Goaz) gets sucked into a vortex like the one Cole ran across in “Part 11,” and finds himself sitting across from the Fireman. Andy’s subsequent vision in a kind of porthole (reminiscent in a way of the glass box in New York) catches him up on the requisite mythology, cannily incorporating a blend of footage that samples from both the original series and earlier episodes of The Return. The scene plays a bit like Macbeth’s vision in a looking glass from Roman Polanski’s bloody Shakespeare adaptation.

Somewhere behind the Great Northern Lodge, late at night, veteran security guard James Hurley (James Marshall) listens to a strange story from young Freddie Sykes (Jake Wardle) about how he wound in Twin Peaks wearing one green rubber gardening glove that apparently endows him with superhuman strength. Apropos of nothing that’s occurred so far on the show, this bizarro sequence seems like Lynch’s piss-take on comics-centric shows like Heroes and their bionic cheerleaders. But things get even stranger when James leaves to check on the furnace, a scene that evokes Kubrick’s ghostly hotel in The Shining as much as it does the grungy industrial spaces that have haunted Lynch’s works from Eraserhead on.

In typical fashion, “Part 14” winds up with a band playing a gig at the Roadhouse’s Bang Bang Bar, intercut with some seemingly random chatter from characters we’ve never met before. This time out, though, is a little different. One woman (Shane Lynch) mentions Billy and Tina, characters previously mentioned by Audrey Horne and her “husband,” Charlie. (Note that, unlike most, Charlie is never given a last name in the credits.) In any other episode, we might say that this firmly establishes the reality of Audrey’s events happening in the “real world” of Twin Peaks. But after this episode’s trippy mindfuck, I wouldn’t bet on it, even if there happened to be a Red Room “icon” floating above it.