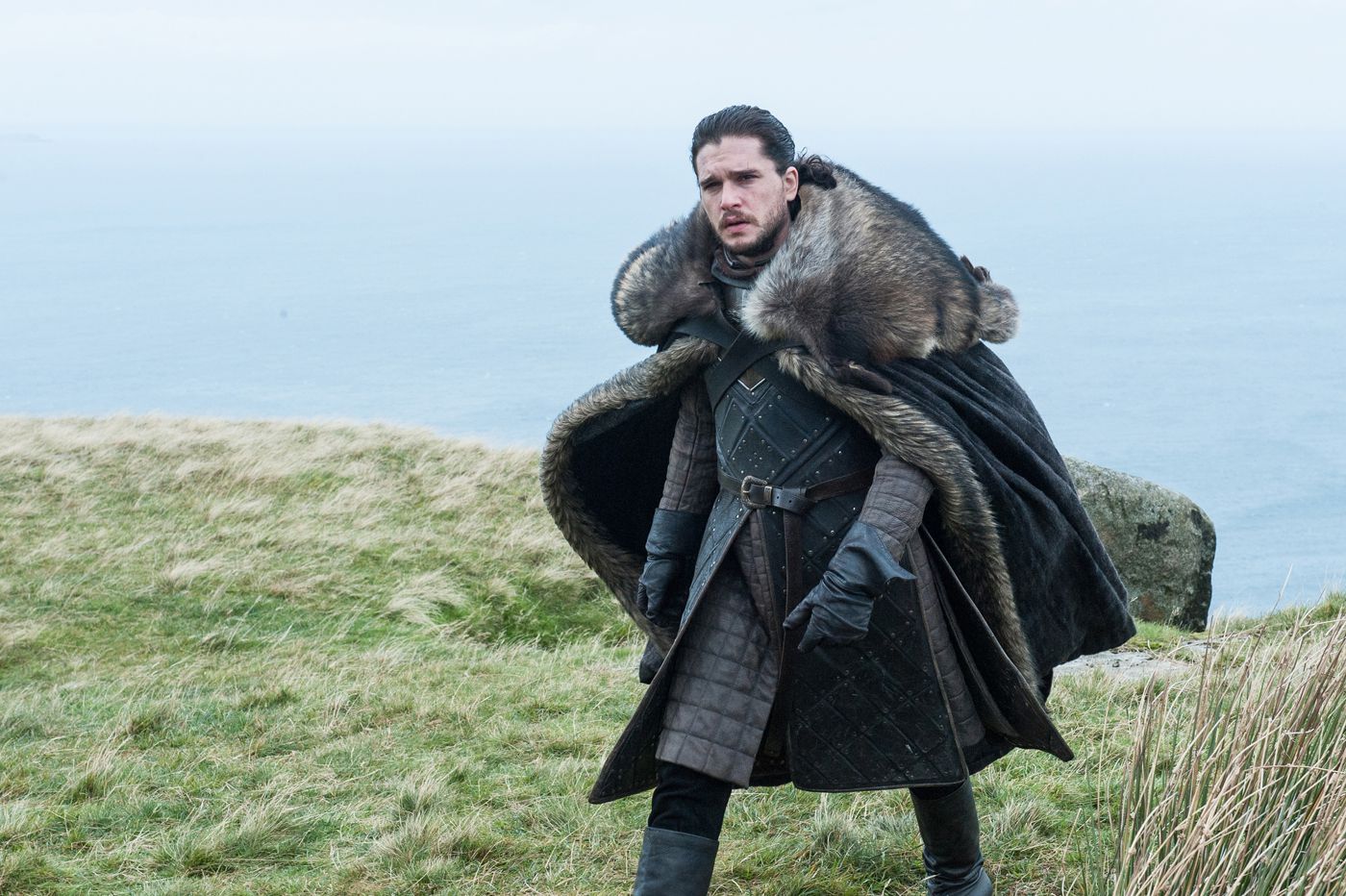 “Eastwatch” picks up exactly where the last episode of Game of Thrones left off, with Bronn (Jerome Flynn) fishing Jaime Lannister (Nikolaj Coster-Waldau) out of a river, and marks a turning point for the series, as it finally fully embraces its fantasy. To this point, Game of Thrones has carefully rooted itself in medieval lore and tactics (dragons-as-nuclear-bombs notwithstanding), but “Eastwatch” feels more like a heist movie than what’s come before. To some extent, this is a result of the ever-accelerated pacing: The journey is no longer shown, only the destinations, and character re-introductions are distilled into essential quips and action. But more importantly, it’s an episode that dials back from the epic confrontations that have filled out the majority of this season, choosing instead to focus on eight brave individuals and their almost certainly hopeless quest.

“Eastwatch” is a table-setting episode, but it’s a smart one. Davos Seaworth (Liam Cunningham) smuggles Tyrion Lannister (Peter Dinklage) back into King’s Landing so that Tyrion might surreptitiously bargain with his sister, Cersei (Lena Headey), through his more practical and levelheaded brother, Jaime. The two haven’t seen each other since Tyrion slew their father, Tywin, but writer Dave Hill keeps Coster-Waldau and Dinklage on short leashes, forcing the actors to channel their characters’ resentments and anger through their impromptu negotiation—a choice that serves to improve the banal exposition of the scene with a more active subtext.

There’s a similar economy to Davos’s dealings. As it turns out, he’s finally tracked down Gendry (Joe Dempsie), Robert Baratheon’s bastard son, and wants to get him out of harm’s way. The series jokingly dismisses Gendry’s long absence—“I thought you might still be rowing”—and when Davos attempts to explain the circumstances, Gendry, primed for action, simply picks up his gear. Before leaving, an encounter with two guards provides an opportunity to remind viewers about each character’s strengths. Davos, a smuggler, tries to smooth-talk and bribe the soldiers, and when that fails, Gendry effortlessly swings a massive warhammer into both of their heads. This short segment even manages to reiterate why Tyrion now acts so loyally to Daenerys Targaryen (Emilia Clarke); to her and her people, he’s a respected and valuable advisor. To the hapless guards, he’s just a thing—a “dwarf.”

Though the episode is speedy, the writing knows when it’s crucial to slow down. That’s the case when Jorah Mormont (Iain Glen) returns to Daenerys’s service; here, Clarke finally abandons the imperial (and impervious) one-note demeanor she’s been wearing for so long, breaking out into a giddy, almost childlike smile as Jorah rededicates himself to Daenerys. There’s a similarly tender moment shared between Jon Snow (Kit Harington) and Daenerys as he dares to approach and lay an ungloved hand on Drogon’s snout. The moment subtly serves to confirm that Jon is a secret Targaryen (not a bastard Stark) as well as point out a commonality—not between the Dragon Queen and the King of the North, but between two young, attractive rulers.

That said, “Eastwatch” can feel like watching speed chess played between grandmasters, and much of it is just familiar pieces moving across the board. There’s an emptiness of stakes in the episode, with threats being haphazardly levied—Cersei against Bronn, for example—and then never mentioned again. Samwell Tarly (John Bradley-West) doesn’t even learn from the Archmaester (Jim Broadbent) that his father, Randyll Tarly (James Faulkner), and brother, Dickon Tarly (Tom Hopper), have been executed by Daenerys—burned alive for stubbornly refusing to bend the knee. Instead, he finally bolts out of Oldtown with Gilly (Hannah Murray), their child, and a bunch of stolen manuscripts, no longer content to sit back and “read about the achievements of better men,” especially after overhearing that Bran Stark (Isaac Hempstead Wright) has had a vision of the dead marching on Eastwatch.

The irony is that the moment when Sam snaps is just as Gilly is mentioning the annulment and secret remarriage of Rhaegar Targaryen, the man who’s most likely Jon’s actual father. The consequence of such dense storytelling being handled so quickly is that it stoops to comedy, making the episode seem light (jokes about Jorah’s masterful glowering) when it’s actually being quite serious (Jorah’s setting off on a suicide mission).

That tonal imbalance is Game of Thrones’s biggest problem at this point; no matter how well-executed these moments are, they’re ultimately serving only to get Jon, Davos, Gendry, and Jorah to Eastwatch-by-the-Sea, where they reunite with Tormund (Kristofer Hivju) and discover Sandor Clegane (Rory McCann), Beric Dondarrion (Richard Dormer), and Thoros of Myr (Paul Kaye). These three members of the Brotherhood Without Banners get the shortest shrift of all since they were last seen in “Dragonstone”; both Gendry’s vendetta against Red Priests like Thoros and Tormund’s rivalry with Jorah’s father are introduced and dismissed at the same time. “We’re all on the same side,” Jon announces, skipping a season’s worth of intrigue, and the reason he knows this is fairly compelling: “We’re all breathing.”

The closer that horde of white walkers gets, the more everything else fades away, and that includes Cersei’s alleged new pregnancy (which she plans to announce as Jaime’s) as well as the attempts of Littlefinger (Aidan Gillen) to make Arya Stark (Maisie Williams) suspicious of her sister, Sansa (Sophie Turner). Moments like these evoke Game of Thrones’s rich history, especially the dispute between Arya and Sansa, which shows them politely bickering in a style halfway between the little foolish girls they once were and the matured, harshly educated women that they’ve become. But for all the talk about a war between two queens, “Eastwatch” ends up suddenly turning into some sort of archetypal Dungeons & Dragons campaign, given the team’s composition of a rogue, a barbarian, a priest, and so on. The focus is now entirely on the desperate quest of eight men seeking to capture a wight from beyond the wall and bring it back to Westeros as proof of the real enemy.