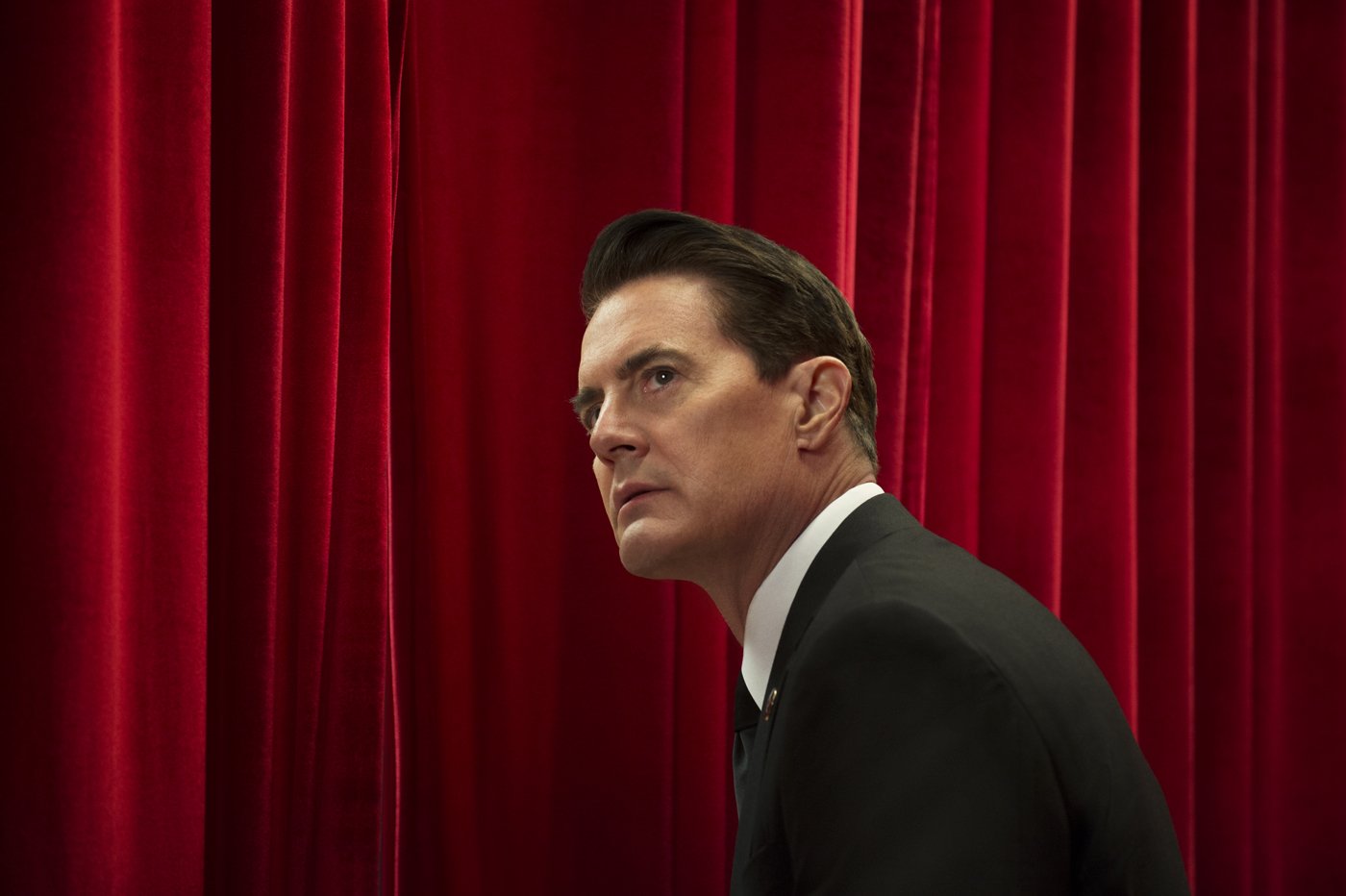 Just like that gum you like, Twin Peaks is back in style. And that style is unadulterated, late-period David Lynch. Sometimes it’s the casting of seemingly minor parts, sometimes just a bit of stray imagery, but Lynch and co-creator Mark Frost somehow manage to evoke moments from Lost Highway and, in particular, Mulholland Drive at least as often as they do the original TV series, which ran on ABC from 1990 to 1991. The central irony of the first two parts of Twin Peaks: The Return is that the show thus far has relatively little to do with the town of Twin Peaks. Then again, if Lynch proved anything in past episodes like “May the Giant Be with You,” with its protracted nose-thumbing at audience expectations, it’s that he is indeed a fan of delayed gratification.

The first two episodes of the new Twin Peaks are largely preoccupied with sowing the seeds for later developments, a notion pictorially rendered in numerous shots of characters sitting alone, biding time, doubtlessly awaiting something portentous. The hopscotching crazy-quilt narrative falls out into three more or less discrete parts: There are a series of surreal occurrences concerning Special Agent Dale Cooper (Kyle MacLachlan), who’s been trapped in a trans-dimensional space known as the Black Lodge for the last 25 years, since the events of the second-season finale, “Beyond Life and Death.” There’s the investigation into the murder of a high school librarian in Buckhorn, South Dakota. And, finally, there are a sprinkling of scenes that catch up with a handful of the characters from the original series.

The cold open recycles the moment from the finale when Laura Palmer (Sheryl Lee) tells Cooper: “I’ll see you again in 25 years.” Throughout these first episodes, Lynch and Frost use the Red Room scenes to download some necessary exposition for those new to the series. Thus, this material has more of an on-the-nose feel at times than the blast of sheer art-house abstraction the series provided in the past. Still, there’s no gainsaying the gloriously outré “evolution” of the Arm—the part (a.k.a. the Man from Another Place) previously played by Michael J. Anderson—into something that most nearly resembles what would happen if the Eraserhead baby suddenly sprouted tree limbs. Lynch cleverly, if not always entirely convincingly, incorporates CGI into his imaginative expansion of the Black Lodge’s realm. The scene where Cooper falls through the chevroned cracks of existence into a bizarre Doctor Strange-like netherworld, for one, is mindbendingly wonderful.

A matched pair of scenes set in New York City illustrate Lynch’s inimitable ability to conjure disquiet and mounting dread using nothing more than camera placement and a droning, almost subsonic sound design. A tech-support flunky (Ben Rosenfield) sits in a vast warehouse space silently watching a glass box surrounded by lights and cameras. Orders to check the equipment arrive via PA, as does the announcement of a visitor, Tracy (Madeline Zima), bearing lattes. Her flirty dialogue so obviously masks an ulterior motive that you begin to suspect something’s afoot, perhaps some Mata Hari variety of industrial espionage. But that’s all misdirection. Their scenes have been about unleashing something dark, in every sense of the word, an entity we suspect has something to do with Killer BOB, long before Cooper turns up inside the box while plummeting through the belly of being.

The middle section dealing with the murder of high school librarian Ruth Davenport plays up two intertwined aspects of the original series that are still going strong here: The deadpan humor leavens a slow-burn buildup to some revelation that’s still at hand. Bits involving the victim’s ditzy next-door neighbor alerting the authorities to an unwholesome stench are priceless, even as they stunt the momentum of the body’s discovery. The subsequent arrest of principal William Hastings (Matthew Lillard) sets us up to expect another paternal possession a la Leland Palmer (Ray Wise), but Lynch and Frost leave us with a diabolical distaff twist when it turns out that Hastings’s wife, Phyllis (Cornelia Guest), has set him up.

This storyline eventually intersects with the criminal machinations of Bad Dale (MacLachlan again), Cooper’s malevolent doppelganger: All long hair, leather jacket, and spray tan, he suggests Nic Cage’s Sailor Ripley in Wild at Heart gone to sordid seed. Indeed, scenes between Bad Dale and his redneck cohorts revel in a grimy neo-noir inflection that’s straight out of that film. The doppelganger dispatches Phyllis with a bullet to the head, the same m.o. as the murder of Ruth Davenport, and it’s hard not to see these gruesome head wounds as a reference to the final shot (in both senses) of Chinatown. We know next to nothing about Ruth, but these visual cues prime us, at least on some subliminal level, to anticipate another “death of innocence” motif.

One of the “side effects” of Twin Peaks picking up its narrative thread after the lapse of a quarter century is that it inevitably bears witness to the ineluctable effects of aging on the physiognomy of familiar faces. Showtime obviously knew this, since one of their first teaser trailers consisted of little else than shots of the iconic characters in their present conditions. Nowhere is the pleasure of catching up with “old friends” as bittersweet as in the scenes with the Log Lady, played by Catherine E. Coulson, who died of cancer in 2015. Her fragility and frailness were written into the character, and it’s difficult not to take her telephonic farewell to Deputy Chief Hawk (Michael Horse) as an entirely intentional valedictory.

The Americans Recap: Season 5, Episode 12, “The World Council of Churches”