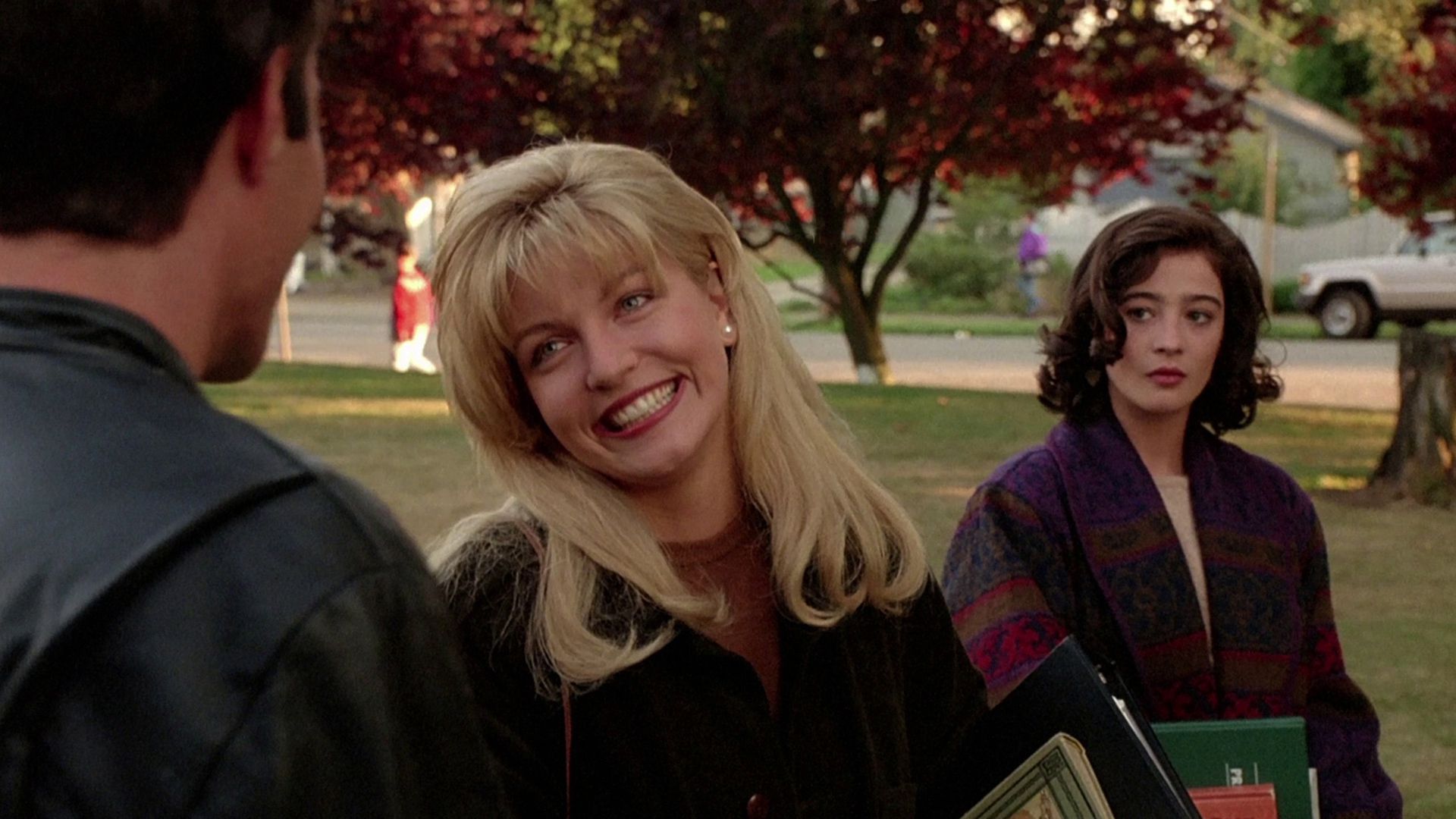 Arguably David Lynch’s most literal-minded creation, Twin Peaks: Fire Walk with Me is also his most scatterbrained work—as well it should be considering that this undervalued, hallucinogenic gem should be approached as a collection of suffocated battle cries before Laura Palmer (Sheryl Lee) enters rapturously (and iconicaly) into the realm of the dead. The film’s deliberately color-coded dream world evokes a purgatory consumed by the sadness of blues and the terrifying allure of reds. The film serves as a haunting preamble to Palmer’s infamous demise, a backward-closure of sorts for fans of Lynch’s cult television series. Laura acknowledges her sexual abuse and welcomes death with reckless abandon. A torrid journey through the subconscious of a little girl lost, Fire Walk with Me is also a cautionary tale of sorts, the sad chronicle of a sleepy town trying to rid itself of its dirty laundry.

Off-putting, reductive, yet playfully vindictive, Fire Walk with Me’s preface-within-a-preface Wild River scenes are Lynch’s not-so-shit-faced response to his critics. Teresa Banks has just turned up dead and regional F.B.I. chief Gordon Cole (Lynch himself) has Lil the Dancer (Kimberly Anne Cole) break down the language of clues for agents Chester Desmond (Chris Isaak) and Adam Stanley (Kiefer Sutherland). Lynch infiltrates his meta-narrative via Cole and pokes fun at his doppelganger Dale Cooper (Kyle MacLachlan) and his signature investigative method. The dancer’s actions may mean nothing to anyone outside her Wild River (“Both eyes blinking means there is going to be trouble higher up”); for Lynch, though, this pantomime reinforces the importance of perception in spite of cryptic code work and the ludicrous jumps in logic his characters must make to even remotely fathom the horror of far-reaching outcomes and realities.

Over in Twin Peaks (where codes are the stuff of dreams), Laura Palmer is slowly losing control. “She’s crying out for help,” says F.B.I. agent Albert Rosenfield (Miguel Ferrer). She’s the prom-queen-gone-bonkers who panics when pages from her diary turn missing. Laura and her best friend Donna (Moira Kelly) dream of places better than Twin Peaks, of skies full of stars where angels have gone away. (This is no doubt the same idyllic milieu Laura Dern dreams of in Blue Velvet, where trouble ceases to exist as soon as the robins come.) Nighttime is Laura’s time—it’s then that the coke lines are cut, the stars glimmer and a Log Lady warns of fires that burn. In a world of blue, Laura walks with fire near a metaphorical bridge between here (a place consumed by garmonbozia, where every negative has its positive force) and there, the subconscious docking port (The Red Room) for demons and angels alike.

Bob is Lynch’s most terrifying boogey-man, the shameful alter ego of Laura’s father Leland (Ray Wise). The man, though, is more resentful of his secret place if only because his fate remains unsealed. However terrifying and overwhelmingly sad, Fire Walk with Me is also disturbingly and deliberately funny. Lynch’s Americana is a subversive view-askew of rifts (spiritual, psychological, meta-physical) that bust wide open when fathers go too far and their daughters begin to feel less than clean. (Laura’s fellow kidnap victim Ronette escapes from Leland/Bob with the help of an angel, but not before shamefully admitting: “I’m so dirty.”) The film’s “dirty fingernails” sequence is Lynch’s incredibly absurd representation of a wholesome family dinnertime—and the irony here is that Leland is disgusted by the very dirt he himself has created.

“This would look great on your wall,” says Mrs. Tremond in the parking lot, handing Laura a portrait of a doorway as if teasing the girl to walk closer to the fire. This door, though, is a different kind of gateway, a reminder that Laura is seriously out of touch with her subconscious. Her fate is sealed yet Lynch suggests salvation is hers should she take hold of the truth. “He is under the fan now,” says Tremond’s grandson—another clue for Laura that an unfathomable terror lies close to home. Despite the girl’s rocky road to death, Lynch takes pains to make his heroine hyper-conscious of her own downfall. Why else would Lynch show her the flight of angels from bedroom paintings only to give Laura her own angel once she makes it to the Red Room? A death unenlightened is not worth suffering.

Review: All About the Benjamins