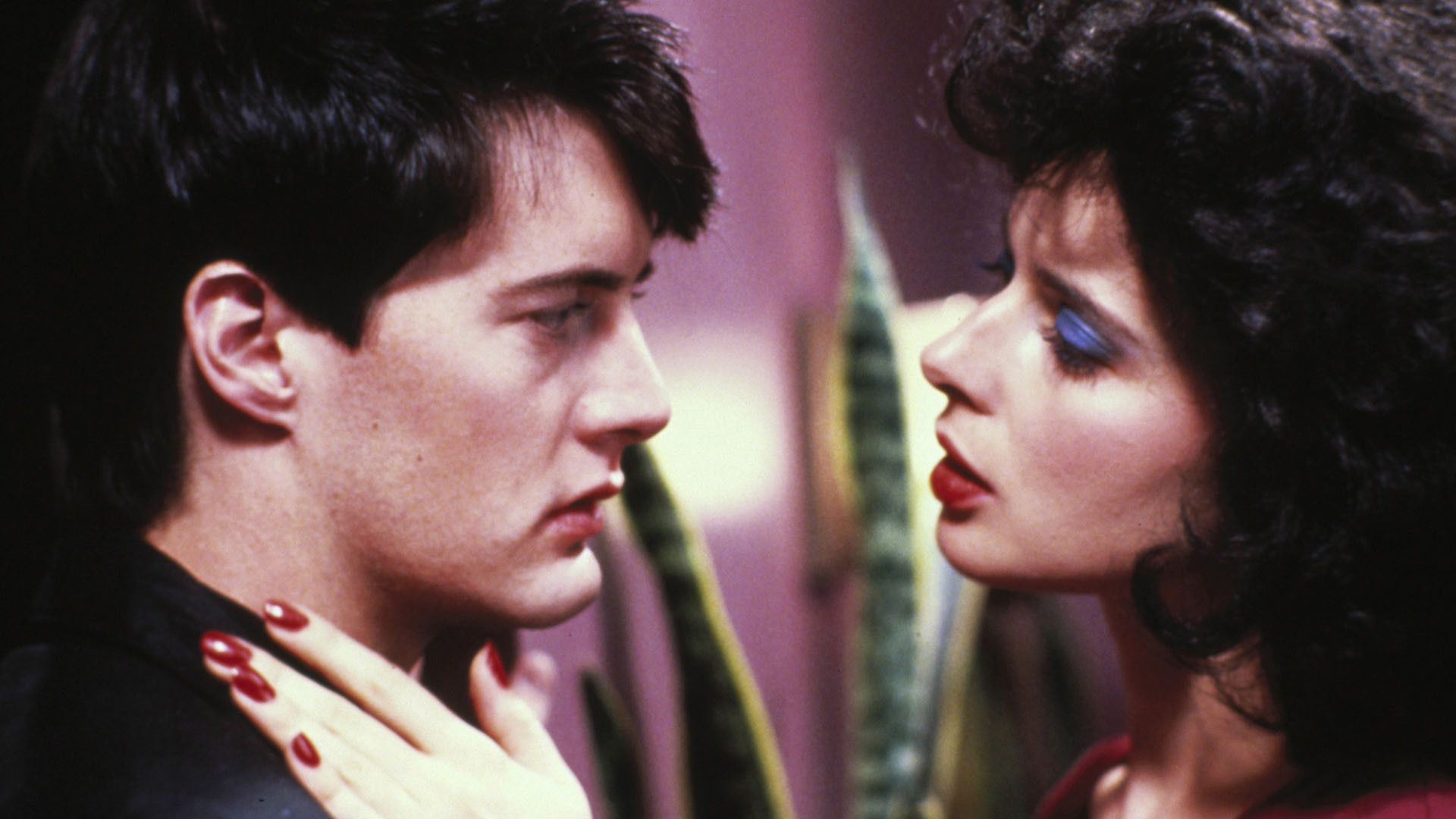 Young Jeffrey Beaumont (Kyle MacLachlan) is on the brink of manhood in Lumberton 1986—David Lynch’s mise-en-scène is also readying to leave its Leave it to Beaver façade behind. In a town overwhelmed by bright white picket fences, blood red fire trucks, and carefully pruned roses, there’s something especially grotesque about a man having a heart attack on his front lawn while his cocker spaniel laps spraying water from the hose still clinging to his hand. Blue Velvet is a film about the reality and streams of subconscious desire seething beneath a preposterously idealistic vision of America. Jeffrey discovers a severed, ant-infested human ear near a grassy trail (Lynch’s homage to Buñuel’s Un Chien Andalou), bringing it to the attention of the local police chief. With the help of Sandy (Laura Dern), a voyeuristic girl-next-door who emerges hauntingly from the shadows and promises her devotion to his mission, Jeffrey breaks into the apartment owned by an emotionally frayed chanteuse, Dorothy Vallens (Isabella Rosselini, doing her best impersonation of a living china doll). Forget for a moment that MacLachlan is Lynch’s doppelganger here. Lynch is less concerned with self-reference than he is with charting the uncomfortable crawlspace between boyhood and manhood. The many rooms of Blue Velvet are fascinatingly representative of internal moods: the white walls of the virginal Sandy’s home; the garish blues and vaginal pinks of Dorothy’s kitschy modern apartment; and the cluttered, homely look of the Beaumont home. Jeffrey innocently woes Sandy with an okey-dokey “chicken walk” before the officer’s daughter speaks of a dream where darkness fell upon the face of the earth because there were no robins. It’s all set to the sounds of Angelo Badalmenti’s brilliant TV-noir score, which evokes everything from the wide-eyed glee of ‘50s pop (Roy Orbison and Bobby Devlin, whose “Blue Velvet” was the inspiration for the film) to divine religious hymnals. In a town where Awake magazines are readily associated with Jehovah’s Witnesses, Dennis Hopper’s Frank becomes a kind of satanic assault on normalcy. He’s a rapist and kidnapper, and if Dorothy’s desire to be physically hit by Jeffrey is any indication, Frank’s perversion easily spreads. But, then again, Lynch seems to suggest that love is as potent in Frank’s fetishistic strange world as it is in Sandy’s happy-go-lucky one. Even when the robins do return to Lumberton, Lynch still forces his characters to acknowledge the grotesque backside of their idyllic worldviews.

Review: The Sum of All Fears