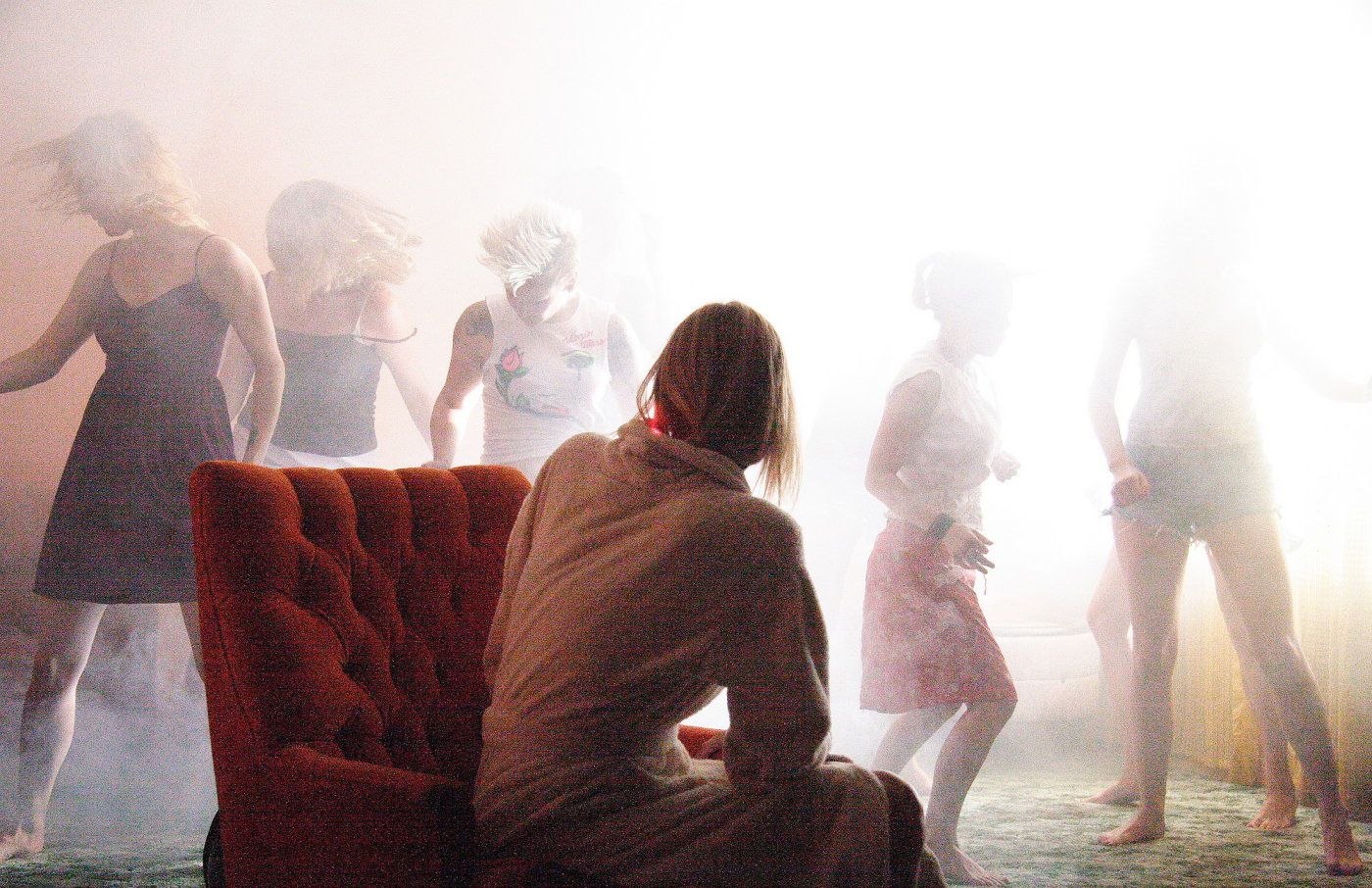 David Lynch’s new movie is many things, among them a sinister waltz through a SoCal underbelly known as Inland Empire, a murder mystery, a film-within-a-hallucination-within-a-film-within-so-on, and the story of love affairs that span the boundaries of time, space, and reason. It is happening again, you may think—or dread, as Lynch has his haters: a redux of Mulholland Drive, which in the end is only half true.

Perform a post-mortem on this three-hour beast of a film and you will find only half a heart beating inside its chest, but you will also discover innards that coil in more grandiose directions. Mulholland Drive, possibly the greatest work of American film art since Nashville, is an impossible act for Lynch to have to follow, but the bug-eyed director—pupils dilated and imagination tripping in almost inconceivable directions—has made the Atlas Shrugged of narrative avant-garde films, compulsively watchable and insanely self-devouring.

Seeing Inland Empire early on a Sunday morning for the first time wasn’t unlike slipping into a nightmarish reverie not long after my equally prolonged adventures in REM sleep the night before, which, incidentally, accommodated a screening of a Lynch movie that was not at all similar to this extraordinary freak-out. There’s a very clean divide in Mulholland Drive between a woman’s dreams and waking life, but the walls between the two are completely dissolved in the more fragmentary Inland Empire, Lynch’s most self-reflexive creation to date.

Lynch has vowed never to work on film again, and for this, his first feature shot on digital video, he lobs a cherry bomb at his entire canon, recording the jagged remnants that resonate from the blast as they slide and dissipate into the swirl of his mind’s projector beam. Some may call it a toilet, but I like to think of it as a splendiferous whirlpool of wonders.

Where to begin? At the end, perhaps, with the word “sweet,” Inland Empire’s answer to Mulholland Drive’s “silencio,” though sweetness isn’t something that Inland Empire exactly radiates. Much earlier, a nosy neighbor played, at once hilariously and unsettlingly, by Grace Zabriskie walks into the home of an actress, Nikki (Laura Dern), in order to rant and rave about the younger woman having “it”: the part of Sue in a remake of “a Polish gypsy story” titled 4/7.

That film was never finished because two of its actresses were murdered (the American version goes by the Sirkian title On High in Blue Tomorrows). Zabriskie’s nosy interloper, like Lee Grant’s Louise Bonner from Mulholland Drive, ostensibly sees into the future, offering an implicit warning—to Nikki and, by extension, Lynch’s audience—that time is about to collapse on itself, leaving identities crushed and blurred almost beyond recognition.

The 100 Best Films of the Aughts

Inland Empire weirdly, eerily, insanely picks up reception from metaphysical wavelengths past and present and places here and there, sometimes from Lynch’s own short work. The story’s hilarious depictions of white-trash home life are essentially live-action variations of the director’s Dumbland series, and Rabbits, an anthology of shorts starring Laura Harring, Naomi Watts, and Scott Coffey as sitcom rabbits possibly waiting for Godot, is fascinatingly folded into this film’s metaverse. This time, however, when the rabbits’ phone rings there’s someone on the other end, and when their door opens someone walks through.

From her own den of frustration, a woman—Nikki/Sue’s 4/7 proxy, and our’s—watches Rabbits, whose canned laughter undermines her fit of busy tears. These shorts act as one of many exciting portals in the film through which characters cross between worlds, and what is Inland Empire in the end but a hall with walls equipped with barbed rabbit holes, each one daring us to peek through, possibly even to take a plunge into the sea of Lynch’s id?

You may ask what the film’s seemingly endless stream of non sequiturs, anecdotes, clues, doublings, folk tales, and psychotic episodes mean. We could say nothing and declare that Inland Empire doesn’t so much fall into the abyss as it resides in it, telegraphing dizzying sounds and visions from its drowned world toward the outside, which should suffice as an explanation if you’ve learned to respect the fact that Lynch carves his films much closer to where our subconscious impulses resonate from than any other artist has ever dared.

Lynch, more so than Godard, embraces the dark, dingy contours of the DV format, which reflect Nikki’s in-too-deep thesping. She goes after her married co-star, Devon (Justin Theroux), thinking he’s really Billy, the character he plays in On High in Blue Tomorrows, screaming for him not unlike Irene Miracle does when she flashes Brad Davis her breasts in Midnight Express, only to finally confuse her own self. Nikki is Sue and Sue is Nikki and never shall the two part—and realizing how they inhabit and torture each other may just save the world.

Lynch indulges familiar fixations, risking the self-importance of the “Mirror, Father, Mirror” short film that Illeana Douglas’s character screens for her class in Terry Zwigoff’s Ghost World, but he’s serious about burrowing into Sue’s psyche and tapping its resources. And through it all, Dern works fiercely with the director to send us blistering imprints of how Nikki’s consciousness filters itself into her unconsciousness and then back again, and together they weave a meditation on the ecstasy and healing power of watching movies.

Dern’s is the performance of her career, a spectacle of freakish facial expressions, primal screams, and howling monologues. And like Watts in Mulholland Drive, she isn’t afraid to get ugly for her art, which also happens to be what informs Sue’s own artistic daring. She’s a mess of hurt trying to find herself, but what she ultimately stumbles upon, like Watts and Harring do inside the club Silencio, is a form of rapture that permits others to transcend loss.

Review: Aguirre, the Wrath of God