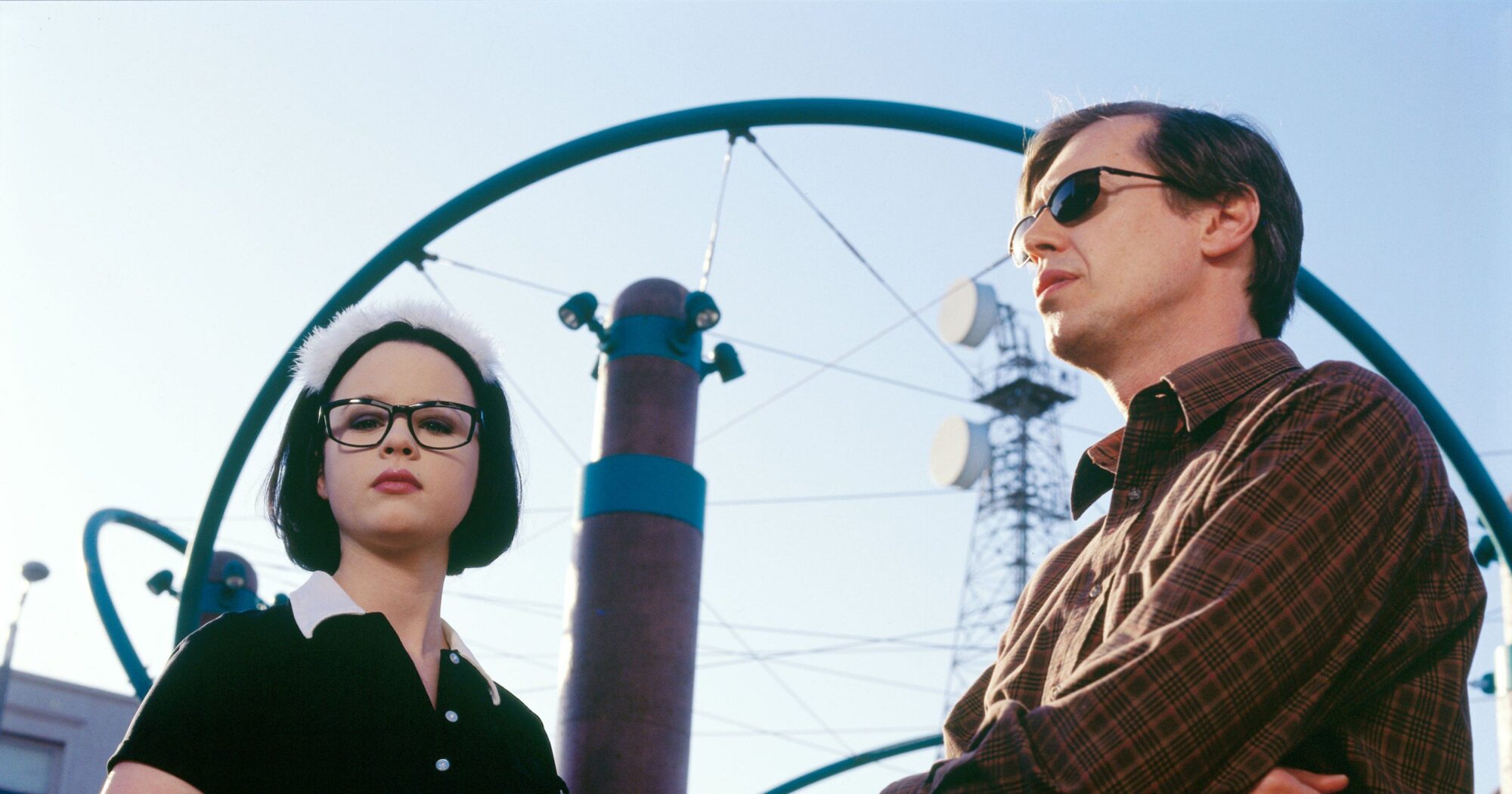 Terry Zwigoff successfully transitions Ghost World from graphic novel to film, maintaining Daniel Clowes’s singular obsession with small-town adolescent loneliness and the fear associated with adult responsibility. Enid (Thora Birch) is a woman warrior, contemptible but nonetheless sympathetic. She and her best friend Rebecca (Scarlett Johansson) believe themselves to be victims to a society that champions cultural homogenization via commercialism. Thus Enid and Rebecca fight to stay sane by reacting to the world around them. Their outré taste in clothing and affinity for pranks are just some of the ways they try to make their lives more interesting. The “ghost world” in question is a nameless town inundated by mini-malls, coffee shops, movie theaters, and people desperately and hopelessly trying to get rid of yesterday’s knick-knacks. Enid can’t bring herself to sell a toy during a yard sale not necessarily because the potential buyer is a perceived “loser” but because it’s easier to keep it than to perceive someone else reinventing the life of something she once held dear. Zwigoff, like Clowes, is concerned with that crawlspace between adolescent fear and adult actualization. Enid and Rebecca spend endless hours poking fun at the people around them, all in the hopes of adding a smidgen of self-worth to their otherwise unhappy lives. Where Clowes’s original text focused squarely on Enid’s tumultuous relationship with Rebecca in a post-graduation limbo, Zwigoff creates something more palpable with the film’s open-ended finale, which evokes Enid’s uncertainty now that she has accepted being an adult. Ghost World is a beautiful evocation of the ghostly nature of love, loss, and ultimately memory itself.