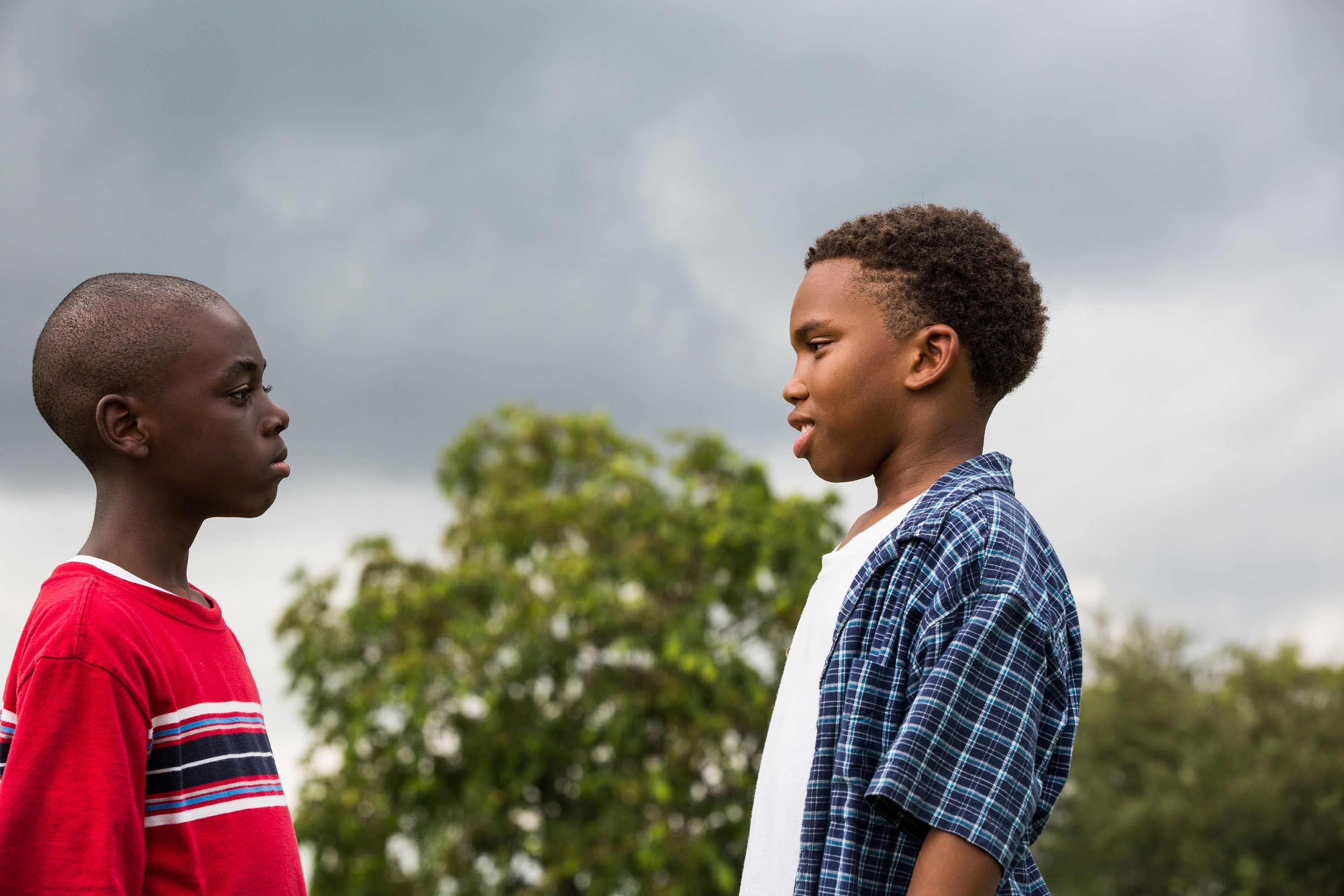 Celebrating great art amid the transition to political catastrophe can feel like, to paraphrase the title of poet Ocean Vuong’s recent collection, a moonlit sky with exit wounds. But the phlegm of post-truths shouldn’t get caught in our throats, let alone our eyes and ears, because films from across the globe continue to present a portrait of resilience in the face of international turmoil.

Among Slant Magazine’s best films of the year are numerous works that challenge a static definition of personage. In the realm of documentary, self-portraits of varying shades included both a remarkably unique memoir-as-collage from a longtime cinematographer (Cameraperson), and the final film of cinema’s greatest explicator of domestic malcontent (No Home Movie). In other cases, personal experience was tied directly to place, as in Chiron returning home to Miami in Moonlight, Barry Jenkins’s three-act portraiture of self-discovery, or the singular Lady Susan of Love & Friendship, Whit Stillman’s raucous Jane Austen adaptation, bringing some uninvited chaos to Churchill.

Connections between and across films abounded. Where one searing, unofficial trilogy cropped up, another equal but opposing trilogy appeared to provide a staunch counterpoint. Thus, the latest films from José Luis Guerín, Nicolas Winding Refn, and Terrence Malick are about men enticed by power and feminine beauty, whereas Anna Biller, Kelly Reichardt, and Maren Ade each made films about women rebuffing precisely those male advances.

If faith wavers during trying times, remember that reality can be wrong now, right then, and vice versa, ad infinitum. Cinema can be a mirror of reality, but it can also be a window into desire, either for the past or, hopefully, the realization of a better tomorrow. Since most of our names are not on towers, we should follow the lead characters in Certain Women and Moonlight and ride on horseback to our favorite diner for the chef’s special and several cups of wine. The complexities of the human spirit must be kept alive with precision and conviction. Great cinema has always been good that way. Based on the best films of 2016, it still is. Clayton Dillard

Nicolas Winding Refn puts his monogram on his film’s title card. So did D.W. Griffith. The Neon Demon is about narcissism as a form of artistry and, girl, is it ever. Boasting color that would make Mario Bava blush and proffering hilariously conceited exchanges that oscillate between farce and bone-dry awkwardness, each successive scene loudly announces Refn’s turn of the screw. Refn finds the fabric of hidden cultural demons, and not the sorts of spirits that can be dismissed by an exorcist. Check the wallpaper behind Gigi (Bella Heathcote) after she barfs up an eyeball; it’s covered in swastikas. The appropriative and racist legacies of Los Angeles and Europe find women as only food or sex while in the crosshairs of these wide-eyed, well-dressed hounds. The lure of lights, the bass of electro, the will to power, the kino eye—what hath this delight in pleasure and knowledge wrought? Dillard

Homeland: Iraq Year Zero comes into focus like a half-remembered nightmare, as the heartbreaking events it depicts have long since been eclipsed by subsequent conflicts and catastrophes. Split neatly in two parts, Abbas Fahdel’s 334-minute documentary covers the gradual lead-up to and immediate aftermath of the United States’s 2003 invasion of Iraq, as children go from playing war games with imaginary machine guns to collecting empty tank shells and mortar rounds. Each half is freighted with its own specific sense of foreboding, qualities only heightened by the early revelation of a looming personal tragedy, the likely impetus for this voluminous footage remaining packed away for so long. Yet it’s this span of time, along with the complete, slow-burn immersion into Fahdel’s extended family, that helps grant the film it’s marvelous time-capsule quality, a monument to fortitude and perseverance illuminating the often unseen costs of war. Jesse Cataldo

The quietly intense Fire at Sea captures life and death on the tiny Italian island of Lampedusa, which serves as a crucial waystation for refugees due to its location between Africa and Europe. Director and cinematographer Gianfranco Rosi penetrates deep into the world of 12-year-old Samuele, a fisherman’s son whose daily life, which runs along a path laid down generations ago, seems almost completely untouched by the tragedies playing out a few kilometers away. When Rosi isn’t watching Samuele do things like make and master a slingshot or head into the brush for a tender encounter with a wild bird, he’s observing the process by which refugees enter a fenced-off holding camp on the island, shooting close-ups of loss-ravaged faces and vignettes about some of the trials they’ve endured. The bifurcation between their world and Samuele’s, a metaphor for the gulf between the dispossessed and the rest of us, might feel too on-the-nose if only it were not the awful truth. Elise Nakhnikian

22. The Academy of Muses

In The Academy of Muses, a University of Barcelona professor (Raffaele Pinto) teaches a seminar which is entirely attended by actresses. Writer-director José Luis Guerín melds pedagogy with cinema while replacing the border between documentary and fiction for the exact (G-)spot where the desire for knowledge meets desire tout court. Cinematic cuts have rarely felt so disturbingly premature as they do in this film, suggesting romantic ruptures. Passion for erudition has never felt so alive and contagious. Never has literature felt so delectable, even haptic, on the screen. Never has scholarship been this seductive. Yet Guerín’s seduction isn’t merely carnal, as it’s drenched in desire’s most inexorable ghosts: anxiety, desperation, mourning, and masculinity’s ostensible shield from heartbreak. This is a bold and ruthless film that expands the limits of cinema and academia alike, daring to expose the necessarily erotic side, if not purpose, of any teaching experience. Diego Semerene

Actors frequently discuss in interviews their creative process in constructing a character, but how often do we actually see this process? Robert Greene’s not-quite-documentary Kate Plays Christine begins as such a showcase, in that we observe actress Kate Lyn Sheil roaming around an otherworldly vision of Sarasota, Florida as she develops the physical and emotional nuances of her role as Christine Chubbuck, the WXLT-TV newscaster who took her own life on live television on July 15, 1974. But as Sheil’s oscillation between herself and her Chubbuck persona become as slippery as the film’s depiction of reality and fiction, Greene’s impossibly multifaceted whatsit unfolds into a discourse on the ethical quandaries in repackaging Chubbuck’s struggle with female identity as mass media. In this sense, and due partly to the concerns Sheil voices to Greene over his desire to tell Chubbuck’s story, the film engages in critical self-analysis and (especially in the climax) deadpan self-deprecation. Yet this dose of humility shouldn’t mislead from the simple fact that Kate Plays Christine is one of the most profound and necessary commentaries on the filmmaking process. Wes Greene