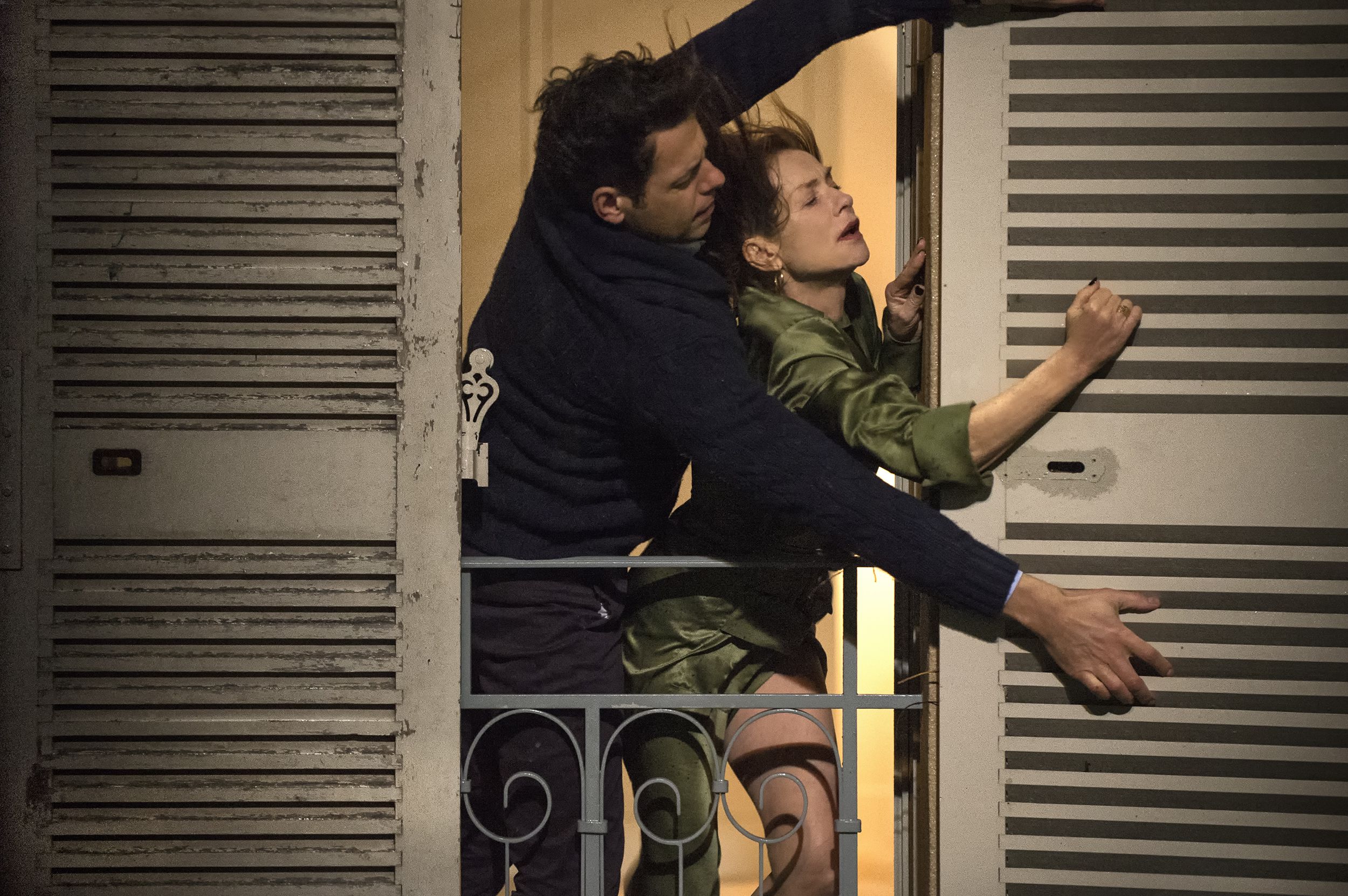 Who else but Isabelle Huppert could have played Michèle Leblanc, the eponymous heroine of Paul Verhoeven’s Elle? The exuberant gravitas, the unapologetic condescension, the classily managed aggression that only the most French of faces could ever entertain—Huppert reduces us to our prosaic mortality with a glance, the pursing of her lips, the nearly imperceptible raising of an eyebrow, or the perverse delivery of a syllable. Perhaps a syllable like “oh…,” the title of the Philippe Djian novel on which the film is based. This is the “oh…” of deflating disappointment, but also of the most calculating seductions; the feminine “oh…” of flirtation; the theatrical “oh…” of predators posing as prey; the “oh…” of orgasms authentic and feigned.

Huppert’s Michèle, the proprietor of her own video-game company and boss-in-chief of her son, Vincent (Jonas Bloquet), and ex-husband, Richard (Charles Berling), is full of self-conviction and a scrumptious sense of entitlement. Her kind of “shade” is too sophisticated for Madonna, Anna Wintour, and even Bette Davis’s mythic self-assurance not to pale as vulgar affectation in comparison. Divas of yore are mere amateurs in the art of making feminine façade into the most sadistic of snares. In Elle, no one stands a chance before Michèle’s castrating froideur. Why, then, would the response of such a superlative business woman to her own rape, a crime that initiates the film, be one of resignation, and, dare we say, one of enjoyment? How could the same woman who steps all over those whose default positions would be to step all over her, someone for whom control seems to come so naturally, lace her revenge with a presumably masochistic desire for repetition?

For audiences, perhaps more disturbing than the violence that Michèle suffers will be, yes, the pleasure she takes in hoping, even demanding, that it happens again. This is a desire that Verhoeven renders less cryptic by evoking a specific source for her fantasies of injury: Michèle’s mass-murderer of a father. The character’s childhood history of violence could have felt like a silly copout, akin to the introductory scenes from Adrian Lyne’s Lolita, where Humbert Humbert’s pedophilic desire is blamed on a precise trauma, were it not for the fact that the paternal violence of Elle is clearly just a more methodical rendition of the misogyny of everyday life.

Trying to discover the identity of the masked rapist is nothing short of a paranoid proposition, since the attacker is every man. Virtually all of the film’s male characters could have easily done it, or wished to. Rape here isn’t the evil deed of the deranged few, not the vicious idiosyncrasy of mass murderers and privileged frat boys, but the foundational latency of men, even if only some may transition to the act—physically or virtually. To desire them, then, as Michèle does, means having to constantly negotiate the unspeakable violence that constitutes them, in the bedroom and at the gun range.

Michèle has learned to turn misogyny, that kin-making attribute of men, into a mockery by either subjecting it to her regulatory eye at work, or using it as a disposable sex toy whose expiration date is entirely up to her, for instance, in her affair with her best friend Anna’s (Anne Consigny) husband, Patrick (Christian Berkel). To have her enjoy its very epitome—what is rape but the culmination, or literalization, of naturalized misogyny?—would seem nonsensical, which is why Elle is so fascinating, and bold. This is a film that isn’t afraid to inhabit the maddening ambivalence of pleasure, recognizing that desire simply doesn’t recognize good manners.

Not that Verhoeven hasn’t already dared to portray, even fetishize (in the most positive sense of the word), the disarming femininity of women without shame. But Huppert’s rigorous face keeps us from discrediting the satisfactions of witnessing feminine power as a cheap indulgence, as was the case with Sharon Stone’s Catherine Tramell in 1992’s Basic Instinct. If Stone needed to cross her legs au naturel to allegedly become the star of the most paused scene in American home-video history, Huppert’s seductive powers are all on her face, which is anything but naked.

Elle’s drama and suspense are the predictable technologies for a story that’s much more revolutionary than the bones that make it stand. This is the feminist tale of heroic women who manage to simultaneously turn the phallus into a laughing stock and a dildo. This is the feminist tale of those who embrace the contradictions of pleasure over the defense mechanisms of repression or incontestable acquiescence. Wanting it while not wanting it, wanting it despite ourselves, is the proof of the irreducible character of fantasy. This split, so masterfully played out in Elle’s narrative logic and Huppert’s facial nuances, has always been the way of desire for psychoanalysis, and a symptomatic source of aversion for its detractors—from the child being beaten in Freud, who finds herself creating the very conditions that will result in her beating, despite consciously not wishing the violence, to the adult feminist confessing to dreaming of rape on the couch, which French psychoanalyst and writer Jacques-Alain Miller has described as “perfectly authentic” feminism, as “these are two levels of being.”

Elle’s wrangling of the most combustible of topics, sexual violence against women, and the most taboo of fantasies, the unconscious longings surrounding it, echoes other recent films that have dealt with the death drive head-on. But if in Stranger by the Lake the desire to pull toward death and annihilation could be dismissed as some kind of gay exclusivity, and the risky sexual encounters/assaults of the woman in Leap Year could be comprehended as products of her own invitation, Elle makes it impossible to protect ourselves from the inconvenient truths of desire.