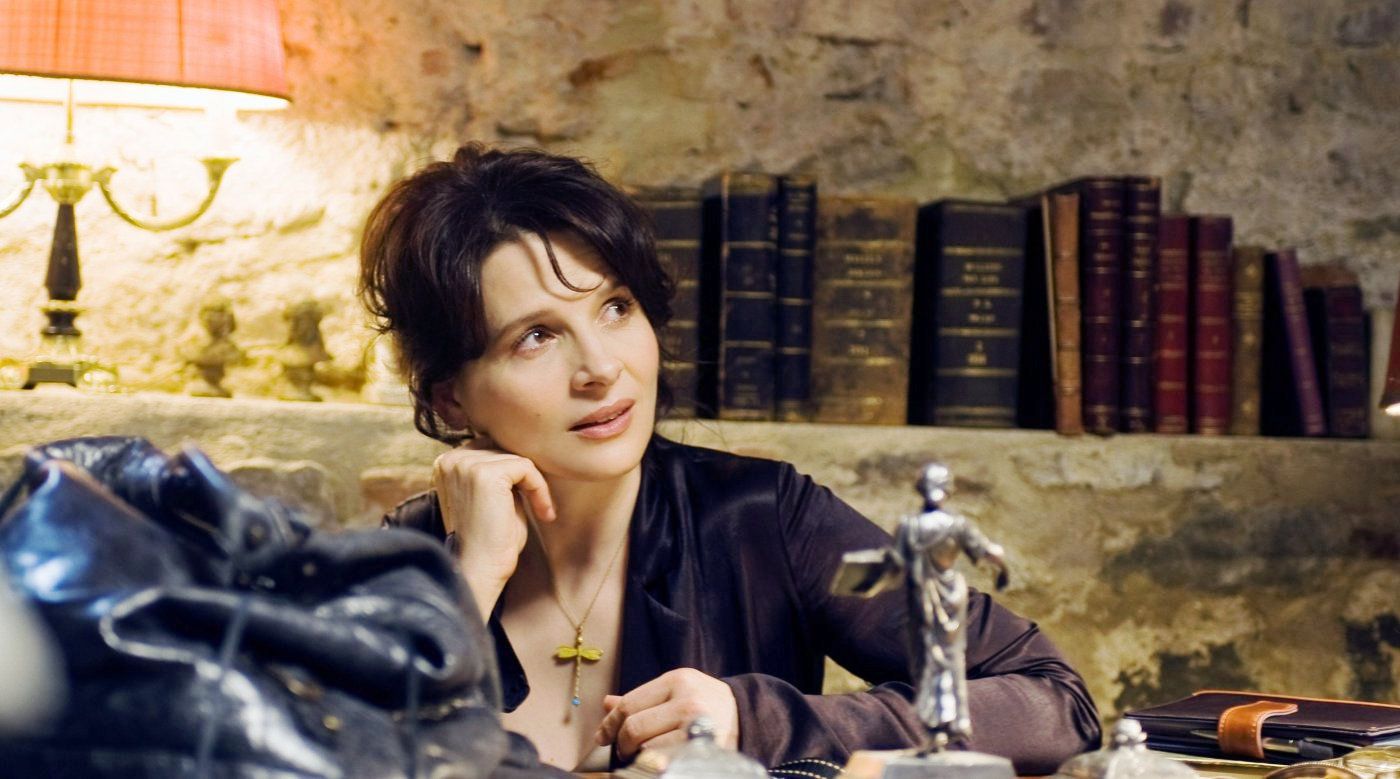 Abbas Kiarostami’s Certified Copy doesn’t defy you to understand it, and yet it feels almost inappropriate, tasteless even, to do so—as if you were eavesdropping on a private conversation. This resplendently heady yet nimble essay film is effervescently structured around a man and woman’s thoughts about art, life, landscape, and love. The man, James Miller (William Shimell), is an author, in Tuscany to tout his new book, Certified Copy; his female companion and guide, “She” (Juliette Bionche), a fan, maybe even his wife, sells art both real and forged from an underground storefront that suggests a portal into Italy’s ancient past. Their flair for self-reflection matches the film’s own: From coyness to resentment, the voluptuously see-sawing tenor of their conversations becomes a commentary on the entwined relationship between art and life—how a painting or movie, like a kiss or a touch, can either woo us or repulse us depending on the perspective.

When James and She ride around town, their faces stunningly fused with the buildings reflected in their car window, they speak of art and forgery and ways of seeing. How James is jealous of one of She’s “simple” friends, the way she emotionally responds to art and doesn’t try to convince anyone of her opinion, the film recalls Pauline Kael’s sympathetic—though often contradicted—respect for how the hardworking masses go to the movies in order to escape the harshness of their everyday lives. Certified Copy, at least here, becomes a statement on critical discourse: how critics argue with other critics, sometimes even with themselves in their pieces, and possibly at the expense of their own sense of fun—which is to say nothing of the fun they sometimes begrudge others for having.

Certified Copy is enough to guilt any critic, even ones who aren’t starved for pleasure or thrive on reprogramming their readers, but that would suggest that Kiarostami, one of our great humanist filmmakers, is a man of judgment—or that he’s talking only to the people who critique his work. This is a film whose slyness derives from its flabbergasting sense of framing, overlapping visual textures, and ever-peeling layers of thought, so that from moment to moment—no, shot to shot—there’s this dizzying sense that the characters are at once talking to themselves, their maker, and the audience that beholds them. And as in a scene where She, sitting inside a restaurant, looks out toward the street at a couple celebrating their nuptials, or perhaps at her reflection in the mirror, or perhaps us in the audience, one gets the sense of Kiarostami’s own image as a sort of mirror, one that reflects, exposes even, our deepest anxieties and wants.

Kiarostami tempts one to invoke the kindred-spirited themes of Voyage to Italy, L’Avventura, even Before Sunset as we chew on his Certified Copy, but to do so would suggest that Kiarostami thinks of them as ideals. Those films are reference points, sure, but nothing more. Certified Copy is very much its own entity, as it understands idealism, at least the intellectual form of it, as the denial of individuality. That point is itself an intellectual one, but it’s one that’s understood quite spontaneously and emotionally in the film’s greatest scene when She, tired from bickering, enters a church, James behind her, and emerges from within in awe of the old couple that hobbles slowly across the way toward the steps that lead to what may or may not be their home.

Even beyond this seemingly holy moment, it’s never fully known whether James and She are strangers to each other or if they’re a wretchedly estranged married couple, play-acting the role of husband and wife after a visit to a coffee shop as a means of indirectly challenging each other’s views of art and representation, but it’s exactly by this point that one realizes that it doesn’t matter what they are to each other. How She looks at the old couple is, for me, Binoche’s finest triumph to date—a great actor’s profoundly emotional and philosophical consideration of how we struggle with the idea of our mortality and loneliness. She would, no doubt, love for herself and James, whoever he is, to create a copy of what the older couple seems to share, but if he were to stay, like she begs him to, would it be a lie?

Certified Copy appeals to me as a lover of Buñuel—even before Jean-Claude Carrière, Buñuel’s greatest collaborator, pops up in a illusory scene wherein it looks as if he is verbally abusing his female companion (Agathe Nathanson), I was already smitten by its surreal consideration of identity and romance—and as a lover, period. I can’t say that I understand everything Kiarostami has to tell me about life, art, romance, and tradition, from Michelangelo’s “David” to the silly ritual of tasting the wine from a freshly corked bottle in restaurants, at least not consciously, but I know I feel haunted, elated, enriched by his wily and impassioned view of relationships as bodies in constant flux, of disagreement and individuality, and of the transformative power of a simple, sincerely felt timeout in a moment of bitter crisis, such as a tender hand on a shoulder, to remind a lover, however scorned, that they are still loved. From its gorgeously prismatic visual style, Kiarostami’s latest is very much a work of art, but its enlightening emotional feeling proves that it’s also a certified copy of real life.