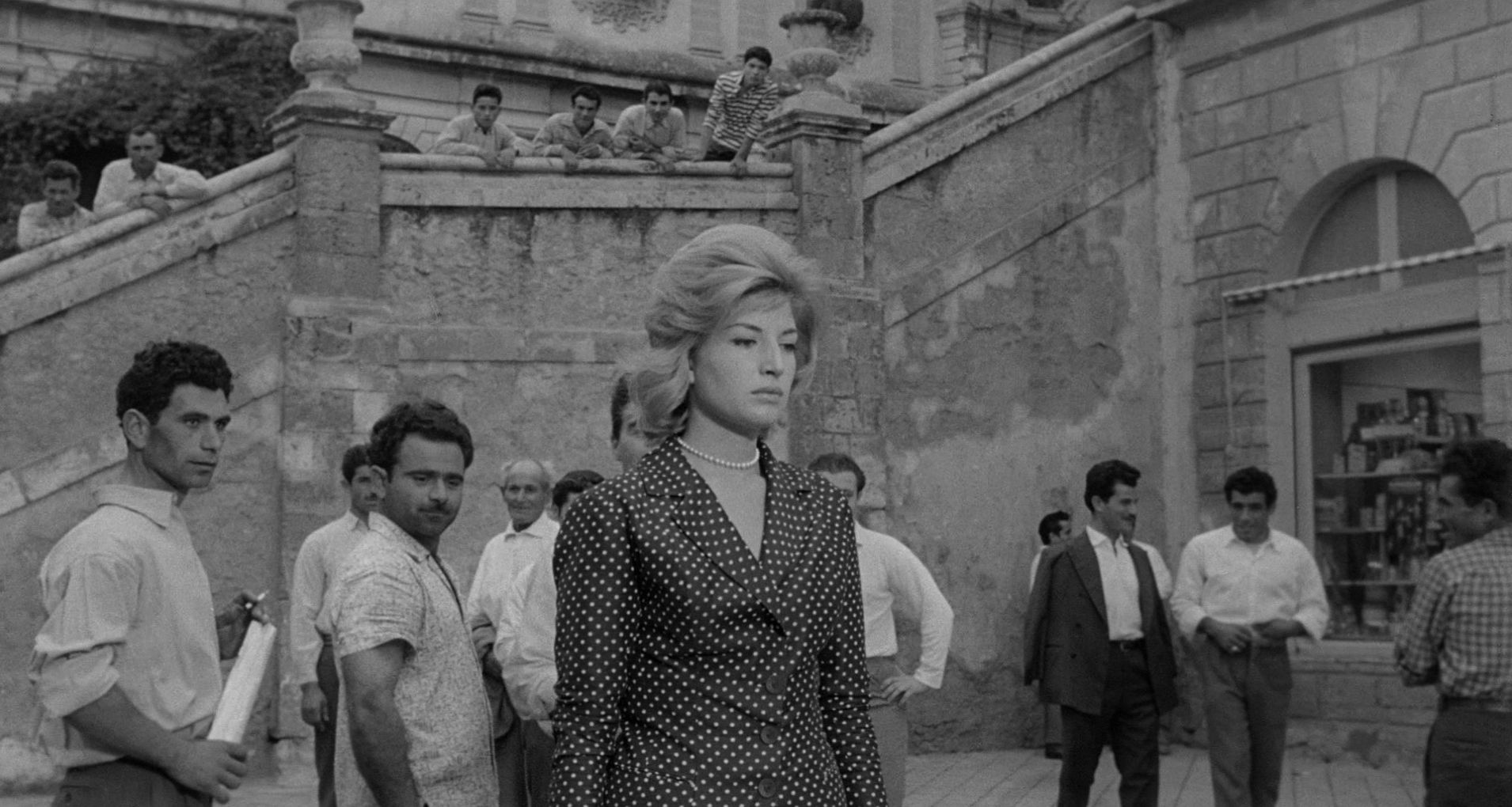 It is the most audacious rhetorical shift in cinematic history: a woman disappears off the face of the earth while on a boat trip to the rocky Aeolian Islands. She’s never heard from again and, while her memory may linger, it is as if she never existed at all. Swimming in the waters of the Mediterranean, Anna (Lea Massari) feigns the arrival of a shark. She looks for life where there is none and disappears into nothingness just as a storm appears on the horizon. Even before a search party can arrive, Anna’s callous boyfriend Sandro (Gabriele Ferzetti) begins to pursue her close friend Claudia (Monica Vitti), who stares gravely into the crevices of a rocky terrain that comes to represent her friend’s primordial demise. Back on the mainland, director Michelangelo Antonioni begins to distance Claudia and Sandro from his filmic space and, in effect, ponders their existential isolation. Perhaps L’Avventura was deemed immoral because Antonioni himself remained unconcerned with the moral order of things yet no film has ever pondered the rootlessness and alienation of modernity with such breathless pictorialism. Characters root themselves separately in background and foreground planes, their emotional distance rendered via the director’s unnerving use of deep focus. L’Avventura, the first movement in Antonioni’s great tetralogy, remains the most haunting representation of the ennui of modern life. There is a comfort in knowing one can hide at will but there is no greater unease than not having a souvenir of said disappearance. It makes the appearance of ghosts possible and looking at the world agonizing. Antonioni said it best when he engaged Lucretius during a 1961 interview for the film: “Nothing appears as it should in a world where nothing is certain. The only thing certain is the existence of a secret violence that makes everything uncertain.”

Review: 13 Conversations About One Thing