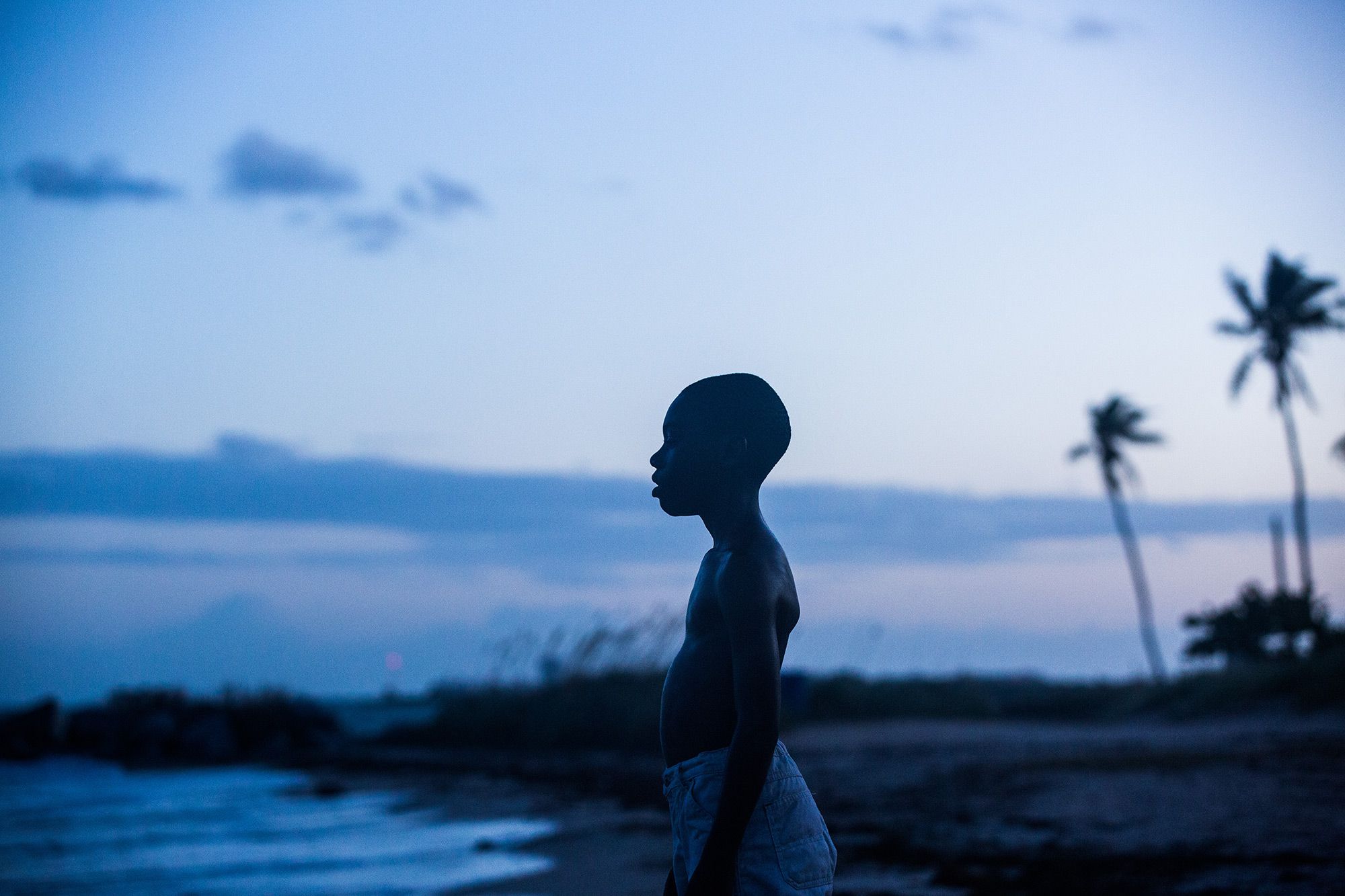 The best scene in Barry Jenkins’s Moonlight is also its longest. It depicts two men who, in their boyhood days, shared both a sexual experience and a violent episode and meet again after years apart at a close-to-empty diner, hesitantly exchanging information about the lives they’ve lived in the interim. Chiron (Trevante Rhodes) grits through his grillz that, after a stint in juvenile detention, he’s “trappin’”; Kevin (André Holland) talks of a marriage, kids, and an amiable divorce. Throughout, Jenkins negotiates a hybrid of the patient, real-time conversational moments recognizable in Andrew Haigh and Richard Linklater’s films, and the aesthetic sensualism favored by Wong Kar-wai and Pedro Almodóvar. It’s the one occasion here that Jenkins gets that balance just right, allowing for both an interpersonal intimacy with his characters and a sensory understanding of their unspoken desires.

The rest of Moonlight, however, is burdened with not only setting up the dramatic weight of this particular encounter, but also developing the narrative leading toward another one: Chiron’s reunion with his drug-addicted mother, Paula (Naomie Harris). Because Jenkins has tasked himself with a story that spans three loosely defined eras (Chiron as a child, a high school-aged student, and an adult) and concerns itself equally with two complex relationships (Chiron and his mother, and Chiron and Kevin), much of the film becomes little more than a montage of life-shaping moments.

Collectively, these scenes register as histrionic because there are only broad strokes to contextualize them. At one point, a neighborhood drug dealer, Juan (Mahershala Ali), who comes to mentor a young Chiron (Alex Hibbert) imparts words of wisdom to the boy, but scenes later he’s gone, and precisely what his interest was in Chiron is left unclear. Likewise, the principal characters—from Chiron’s mother to Chiron himself—are defined almost exclusively by their roles in conflicts and reconciliations. Harris in particular has to somehow create a believable arc from Paula’s repeated, drug-addled berating and one late scene that depicts the mother soberly crying as she expresses her remorse. Chiron, meanwhile, is never, at least until the last section of the film, much more than the sum of his interactions with other people.

As compensation for the lack of a more rigorously developed drama, Jenkins, who co-wrote the screenplay with playwright Tarell McCraney, attempts to elucidate the psychologies of his thinly defined characters with various filmmaking flourishes: a spinning camera; several uses of slow motion; a dream sequence; and an admittedly evocative color palette. Certain choices work, like the high-contrast, moonlit image of a teenaged Chiron (Ashton Sanders) and Kevin (Jharrel Jerome) sitting beside each other on a beach, or a handful of needle drops (Boris Gardinier’s “Every Nigga Is a Star” plays over the opening credits, while repeated plays of Aretha Franklin’s “One Step Ahead” lead Chiron through an understanding of his and others’ sexuality).

Unfortunately, Jenkins is prone to over-directing: He compounds an already heavy-handed scenario, such as the string of coincidences that lead to a tense confrontation between Chiron and Kevin, with out-of-focus close-ups and cutaways, fetishizing the feel of the moment instead of emotionally connecting with it. The film’s soundtrack is similarly plagued by this issue, vacillating between expressive diegetic music like the Aretha song and ponderous cues like Caetano Veloso’s “Cucurrucucú Paloma” (which incidentally has been used in films by both Wong and Almodóvar).

What tends to right Moonlight, even when Jenkins’s filmmaking drifts into indulgence, is the strength of its performers. Sanders and Roades’s Chirons in particular bring so much nuance to a part that would seem to have little inherently built into it; both actors develop shades of introversion and reflexively projected self-confidence to give the character a movingly damaged sense of black masculinity. All the actors here, in fact, leave lasting impressions, from Ali in his short time on screen, to singer Janelle Monáe, as a kind of second mother to Chiron. But it’s Roades and Holland’s final scenes as the adult Chiron and Kevin that seem to put Jenkins most in his element, allowing for the dynamic of two actors spending the time to really develop the relationship between their characters.

These scenes play very much like a more formally accomplished iteration of the walk-and-talk dialogues that made up Jenkins’s last film, Medicine for Melancholy. And while there’s a clear advancement in not only the filmmaking, but in the rhythms of the writing, between that 2008 debut and this long-awaited follow-up, Moonlight spans too broad a narrative to always capitalize on its director’s facility for small-scale drama. Still, when the film does eventually settle into its sneakily moving final section—and the two-person drama format Jenkins first became known for—it excels with all the expectation of a filmmaker who’s had nearly a decade to contemplate how he could do the last thing that he did even better.