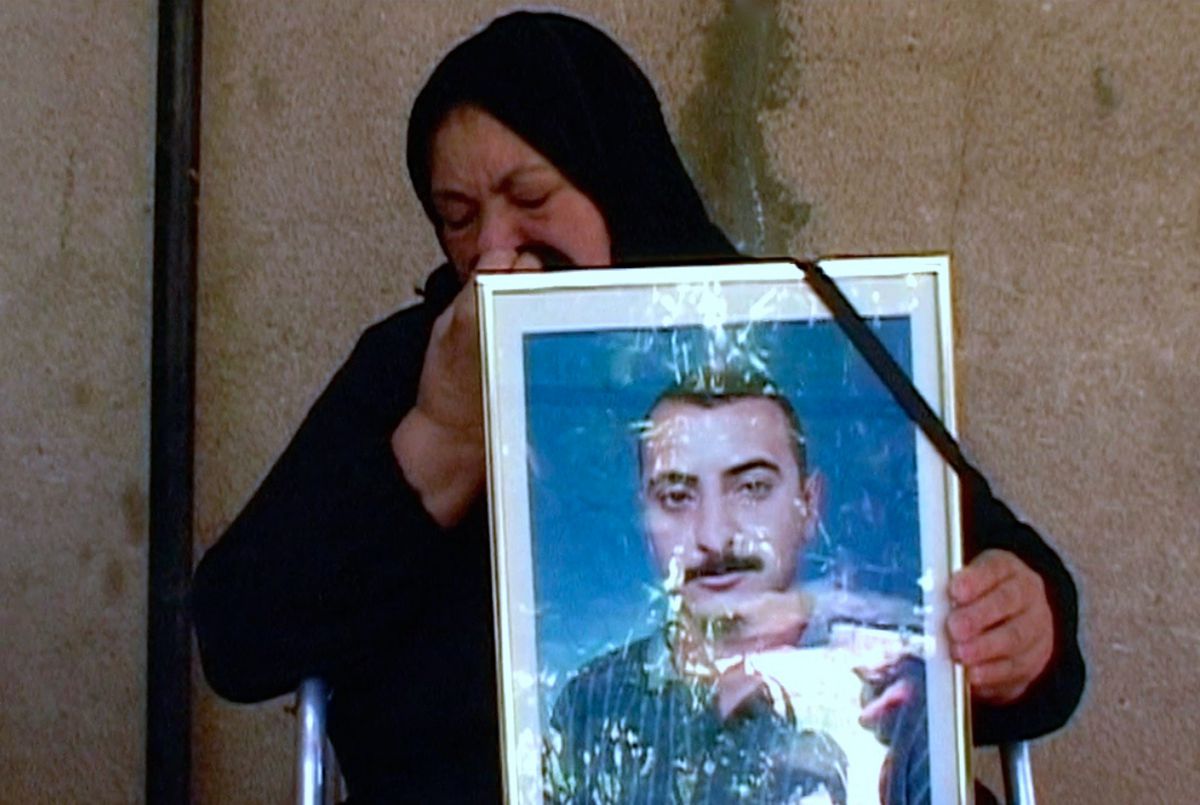 In the lead-up to the 2003 U.S.-led invasion of Iraq, Abbas Fahdel, an Iraqi filmmaker who resides in Paris, returned to the nation of his birth. There, he followed his extended family and other Iraqis as they prepared for war and then tried to get on with their lives during the early months of the subsequent occupation. The result is Homeland: Iraq Year Zero, a nearly six-hour documentary divided into two parts, “Before the Fall” and “After the Battle.” The film, which doesn’t feature any footage of the Battle of Baghdad itself or any other military engagements, relies on the subjective experiences of its subjects to manipulate audiences into an emotional response.

In “Before the Fall,” Fahdel establishes the mundane daily rhythms of his middle-class family’s life under Saddam Hussein. Part of the filmmaker’s strategy is to emotionally invest viewers in the lives of his subjects, to have us see the invasion from an Iraqi perspective. Fahdel largely succeeds in achieving this sympathetic transference between his subjects and viewers, but his haphazard contextualization of the people and events captured in the film results in a misleading picture of life in Iraq before and after the invasion.

By focusing on the experience of one family and the people they encounter throughout their day-to-day lives, Fahdel inevitably excludes information that would complicate his simple portrait of a country thrown into chaos by a foreign invasion. The camera tends to linger on the faces it encounters, giving us the illusion that we’re seeing an unvarnished portrait of a society in transition. But Fahdel largely fails to comment on the silent oppression and unspoken truths lying just beneath the surface of the seemingly idyllic, prelapsarian world depicted in the film’s first half.

There’s no criticism of Hussein’s atrocities, yet one senses the heavy fog of censorship that surrounds these people, even in their homes. There are a few words, spoken by a family member in response to an antiwar demonstration in Europe broadcast on Iraqi television, about how people are forced to demonstrate in Iraq, but do so of their own free will in the West. Yet on the whole, Fahdel’s silence on these matters replicates that of the regime, which gives viewers a false vision of wellbeing and normalcy in these people’s lives.

Granted, after being liberated from Hussein, these same people open up for the first time about the crimes committed by Hussein’s regime, both against themselves and those close to them. The children, who are subjected to a steady barrage of propaganda at school and on television, show disbelief at these revelations. Yet, one gets the sense that the effects of such propaganda will outlive the regime. Television in this country is ubiquitous, exposing Iraqis before the war to nothing but the violent blustering of Arab dictators and pro-Hussein propaganda that blames all of Iraq’s problems on “Zionist greed.”

Though Iraqis gained access to foreign media via satellites after the invasion, this newfound transparency quickly reveals itself to be an illusion. This is exemplified during an interlude involving a converted Jew in the rural city of Hīt, who talks about how his family’s conversion to Islam in 1986 forever ended the city’s centuries-old Jewish presence. The convert praises his neighbors’ support for his conversion, but neither he nor Fahdel mention anything about the last half-century of persecution that forced over a hundred thousand Jews to flee the country and made the man’s conversion a mandatory rather than a voluntary act. Fahdel is content with showing the outer surface of these people’s lives, unwilling to delve into the complex realities that would allow viewers to better understand the complicated history and contemporary ills of this troubled nation.