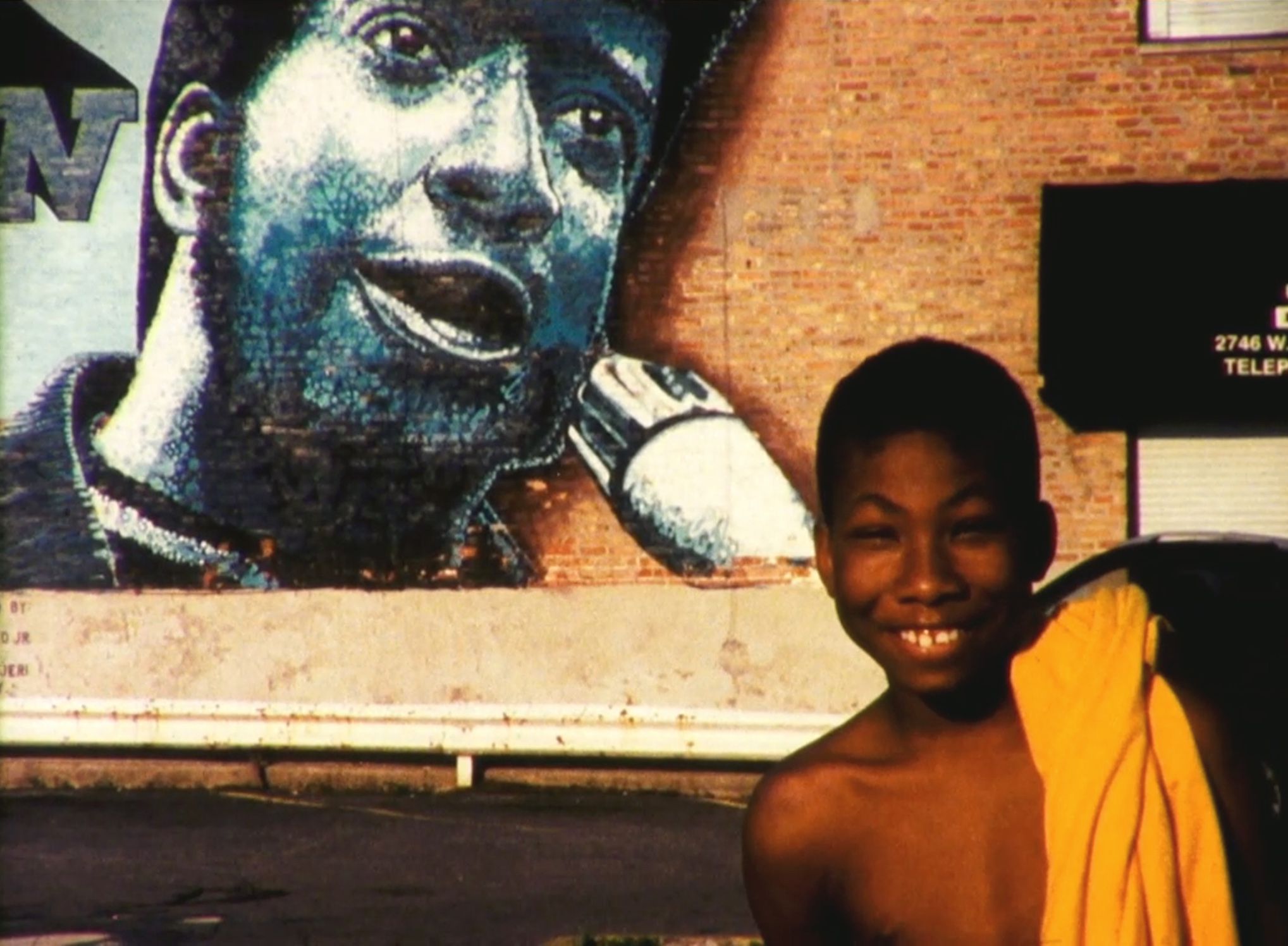 The first of the dozen chapters that comprise Deborah Stratman’s The Illinois Parables takes place at the Cahokia Mounds, a historic site just east of St. Louis in the southern part of Illinois where the topographical modifications of a pre-Columbian Native American community remain preserved. Stratman, shooting in boxy 16mm and typically from a fixed vantage point, captures the landscape’s lumpy protrusions along the horizon line and from a distance, creating an impression of subterranean history thrusting its way to the surface of the land, even as the concrete particulars of that history are kept an abstraction. It’s an apt curtain call for a film that seeks to draw attention to stories inscribed in the Earth yet obfuscated by time.

The nature of Stratman’s decade-in-the-making project recalls the work of fellow Midwesterner David Gatten, particularly the monumental Secret History of the Dividing Line, a similarly long-brewing endeavor that burrows into the implications of an obscure bit of pre-colonial American history around the Virginia and North Carolina border. Stratman even has a likeminded fondness for bygone texts, whether in her embrace of the tactile qualities of the printing press (sundry newspaper clippings are Xeroxed and optical-printed for our viewing pleasure), or in her use of epistolary ephemera on the soundtrack, such as a Ralph Waldo Emerson letter narrated by Gatten himself.

While Gatten’s masterpiece, though, has ballooned across four interrelated films (with five more apparently on the way) in its investigation of a narrow historical episode, The Illinois Parables hastens through millennia in a mere 60 minutes, taking pleasure in the associations and contradictions contained therein. From Cahokia’s ancient settlement, the film migrates north along the Mississippi for various stops along the Trail of Tears, backtracks south to reflect on the wreckage caused by a 1925 tornado that passed through Gorham and Crossville, then relocates to the greater Chicago area to revive the assassination case of Black Panther Fred Hampton in the late ‘60s. Along the way, Stratman touches on less widely disseminated knowledge: horror stories of botched radioactivity experiments, of “mysterious fires” at farmhouses, of poltergeist hauntings and dispersed alternative communes.

Even more diverse than the film’s historical material, however, is its eccentric mashup of styles and approaches, which come coupled with a soundtrack that combines Gregorian chants, Arvo Part, haunted church organ, and various snatches of midcentury blues and pop music. Stratman has a phenomenal eye, and in patiently observing a wide swath of depopulated environments (a snowy forest, a dreary swamp, a go-kart track at night), her camera draws out geographical patterns that echo across the state—and in a few subtly perception-skewing shots, across museum exhibitions and paintings. But her unpredictable montage also incorporates degraded documentary footage and sparse reconstructions of the past, such as a monochrome simulation of an F.B.I. investigation or an unnerving episode inside the room of a little girl (Anna Toborg) terrorized by a hole inexplicably burning through her wall.

If it all seems unwieldy, that’s partly the point. The Illinois Parables reflects history’s chaos as well as its repetitions, sneakily exploring how periods of strife and uncertainty often get forcibly resolved by assertions of order from those in power, whether in Andrew Jackson’s Indian Removal Act or the Chicago police department’s cover-up of a dissident minority. That dates and specifics are cropped from the various newspaper headlines only further implies the cyclicality of these events. Illinois may not seem a sensational state, but in Stratman’s telling it’s essentially a microcosm of America.

Review: Life on the Line

Review: Bleed for This