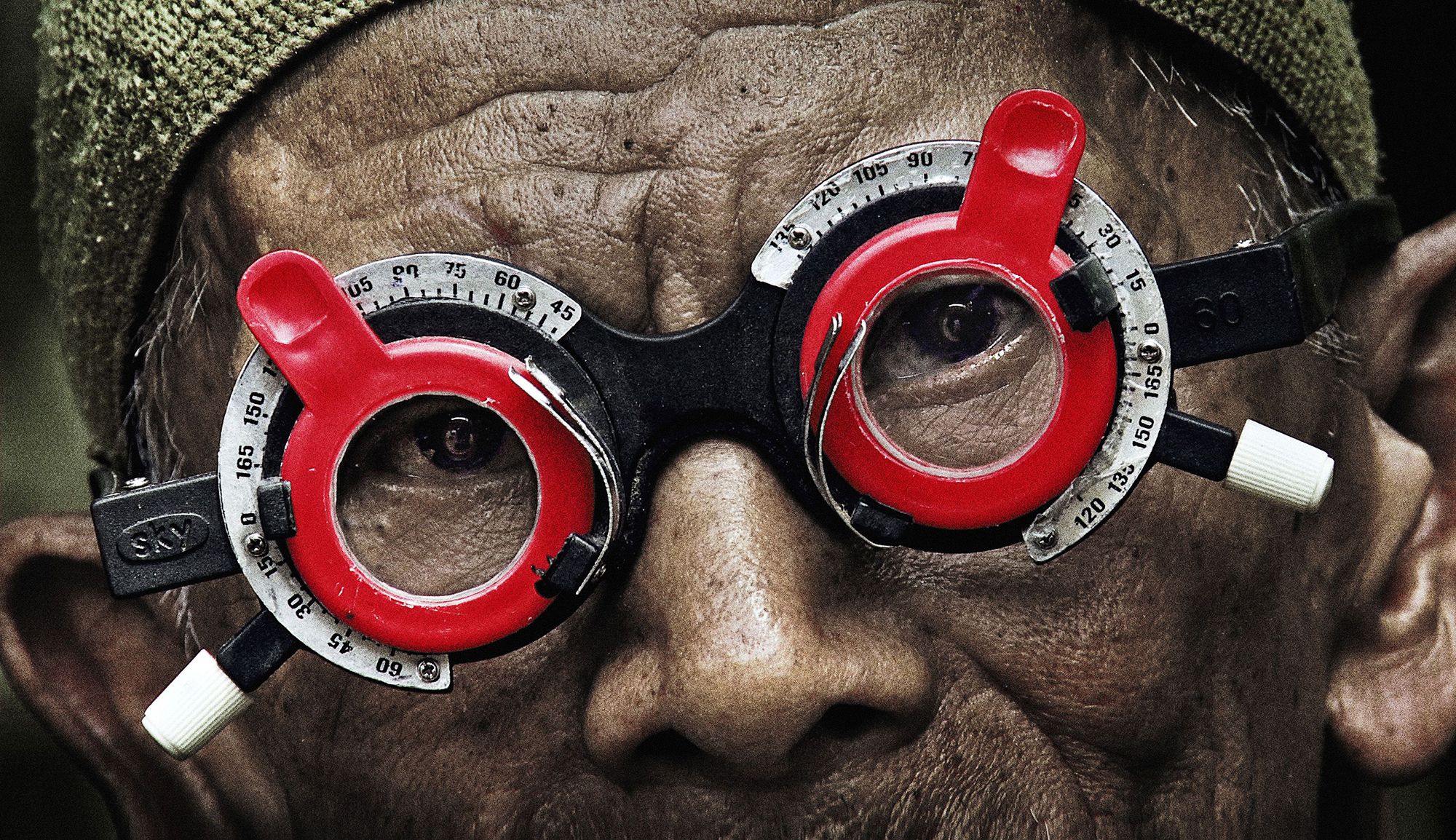 The wonderful thing about cinema is how it resists easy ordering principles. Once you start thinking about the movies you’ve seen, they automatically blur into one, a glorious procession of images, sensations, and recollections that is itself like escaping into the darkness of the auditorium. Yet this quality becomes a hindrance as soon as you need to pick out individual films from the flow: Which film did I see at which time and how did it make me feel both now and then? How we consume films today makes things even harder, as both the proliferation of film festivals, themed programs, and retrospectives in New York and beyond and the wealth of Blu-ray editions and streaming options actively encourage us to think boundless.

But if compiling a list of the best films of 2015 means imposing a structure on film watching to which it often no longer conforms, we can at least be grateful that the films we return to as such exhibit the same disdain for limits as cinema itself. At a time when so many certainties seem to be slipping away, the cream of the New York theatrical release crop is equally concerned with the collapse of established boundaries.

And these collapsing boundaries took many forms. One lifelong marriage needed just a single week to quietly crumble away, exactly the same timeframe necessary for a friendship to curdle from passive-aggression into outright hostility. But relationships themselves were equally adept at casting off constraints this year, whether in the form of the two women who shrug off the limits imposed on their love or the grieving narrator who finds peace by refusing to distinguish between the loss of a dog, a parent, and a husband.

Storytelling itself proved blithely disdainful of restriction, not least in a bath-time daydream that descends into a veritable cascade of interlinked stories and a buttoned-up costume drama that blossoms into a western before twisting itself further into a post-colonial mindfuck. Spaces, too, were joyfully robbed of their standard demarcations, as the partitions between the different communities of a New York neighborhood were suspended to get to the heart of the very concept of community.

And unbounded invention was on display in creating whole worlds of the imaginary: riots of sand and flaming guitars or shit-spattered medieval realms from an unlikely future. Whether in 19th-century Patagonia, the Norfolk Broads of today, a post-apocalyptic desert, or a tub full of too much hot water—the only thing you could be sure of in 2015 was that nothing is certain. James Lattimer

In this greatest film about domesticity since Scenes from a Marriage, intimacy is hideously close to strangeness, and a painstakingly built household is just one sentence away from collapsing. Or, at least, from a reminder that it has in fact been built on its own wreckage: “There’s something I want to tell you.” The revelation of a secret leads to a series of quiet horrors, mostly played out with magnificent diligence in Charlotte Rampling’s face. As her husband (played masterfully by Tom Courtenay) recoils toward remembrances that precede their own togetherness, she feels secondary, as if their history were a mere afterthought to some truly valuable treasure buried before she came along. Monogamy, no matter how beautifully propped by countryside languor and Kierkegaard, is exposed as always besieged, incomplete, and in the vicinity of its own undoing. Suffocatingly precise, Andrew Haigh’s 45 Years is like the marriage it portrays: an engraved ballet of sorts. Or perhaps it’s a tango where the woman leads, managing everything, including her husband’s failures and memories. He’s left with only the attic to tend to the totems of his past, which she promptly invades when she sees fit. How quickly lovers turn to cats and mice. And yet, when they literally dance to a song by the Platters, it’s he who leads, she having a hard time going along with the sham of unscathed bliss with a straight face. Knowing that any love story, any story, is a lie. Diego Costa

Soldiers wielding AK-47s patrol Paris’s Gare du Nord train station as a marauding band of young, undocumented émigrés disperse through the complex, searching for tricks to exploit. The pop of fireworks startles a young boy, haunted by wars we’ll never understand, out of bed. A man seems to stand beside himself as his house is robbed, unsure if he should protest or join the party. In a year that has found numerous ways to devastate the city of Paris and the European Union’s debates over refugee status, Robin Campillo’s shapeshifting gay romance offers a penetrating interrogation of human nature, belonging, and the social structures that shape and constrain us. The bracing formalism of the film’s long, masterful opening scenes establish the complex transactional relationships at the film’s core, before Eastern Boys gradually yields to an impeccably shaded brand of humanism. It’s a film of unclear motives and ever-shifting boundaries, but Campillo continues to grasp toward comprehension even as answers become more elusive. Eastern Boys finds the personal and the political helplessly bound together, caught in a morally fraught tangle that neither well-intentioned authorities nor mere human compassion can straighten out. Christopher Gray

The unending series of wars in the Middle East have become so impenetrably politicized as to effectively numb the domestic populace to their dimensions of human annihilation. Filming in a potentially revolutionary PTSD treatment center over a period of several years, director Laurent Bécue-Renard follows several male American soldiers returning from Afghanistan and Iraq, allowing their misery to speak for itself. Moments of veterans confessing to the atrocities they witnessed or committed, which haunt them despite whatever lofty platitudes a detached senator might strategically utter, are alternated with scenes in which the men attempt to re-acclimate to their family lives. Something empathetically extraordinary emerges from this straightforward structure. Next to the poetic war-time orations overheard at the treatment center, the home-bound moments seem so banal, so puny, effectively placing us in the shoes of men who’re unable to decompress from a life of profoundly adrenalized stress. Until one discerns the heartbreaking gestures of the people trying to reclaim their lost loved ones. Throughout Of Men and War, Bécue-Renard allows the audience to feel the soldiers’ alienation from society—the divorce they feel between the profession that’s potentially ruined them and the personal lives that helped them survive war only to subsequently fail to match the fantasies that sustained them for so long. Chuck Bowen

Son of Saul has been accused of turning unspeakable violence into a theme park-like sensorial experience, but to rationally defend László Nemes’s masterpiece is to deny what the body actually tells us about this merciless experience. To witness the attempts of the titular Sonderkommando, played by Géza Röhrig, to psychically survive is to be overcome by incredulity, tears, and a desperate need to vomit all at the same time. Although it’s easy to think of the way that Son of Saul constrains the frame to the main actor’s face for almost the entirety of the film as a gimmick instead of an audacious conceptual choice, there’s nothing gratuitous about Son of Saul. The nausea it provokes is political. The perpetual close-up evokes the simultaneous partiality and absoluteness of any point of view, a perverse closeness between the viewer’s masochist and sadistic gaze. The human face that obscures the frame, refusing to make room for the mise-en-scène that physically traps it, is the face that appears in German philosopher Walter Benjamin’s work—its too-many muscles, too-many nuances making it the last, and ultimate, weapon against fascism. Diego Costa

Mistress America suggests a screwball version of The Great Gatsby in so much as Noah Baumbach’s verbally witty, visually nimble, and robustly edited tour de force focuses on a self-invented socialite, Brooke Cardenas (Greta Gerwig). Prone toward self-regarding romanticizing rather than self-actualizing, she’s seen here through the eyes of Tracy (Lola Kirke), her future sister-in-law and aspiring writer, whom Brooke essentially adopts as her understudy to the manifestation of the American dream. That ideal is one Baumbach gleefully deconstructs, exhibiting its illusory nature in the willful fantasies of Brooke even as Mistress America’s multitudinous moments of joy render the dubious myth irresistible. It’s a paradox that Baumbach and Gerwig, who co-wrote the script, are content to serve as the film’s ultimate truth, one embodied in Gerwig’s incredible livewire performance. If her character is often unlikable, Gerwig herself is not, employing a fount of bullish charisma that barrels past its foundation of lies to make us believe, as she does, and against all the odds, that some orgiastic future still beckons. As caustic as she is charming as she is clueless, Gerwig earns the title of Mistress America. Nick Prigge