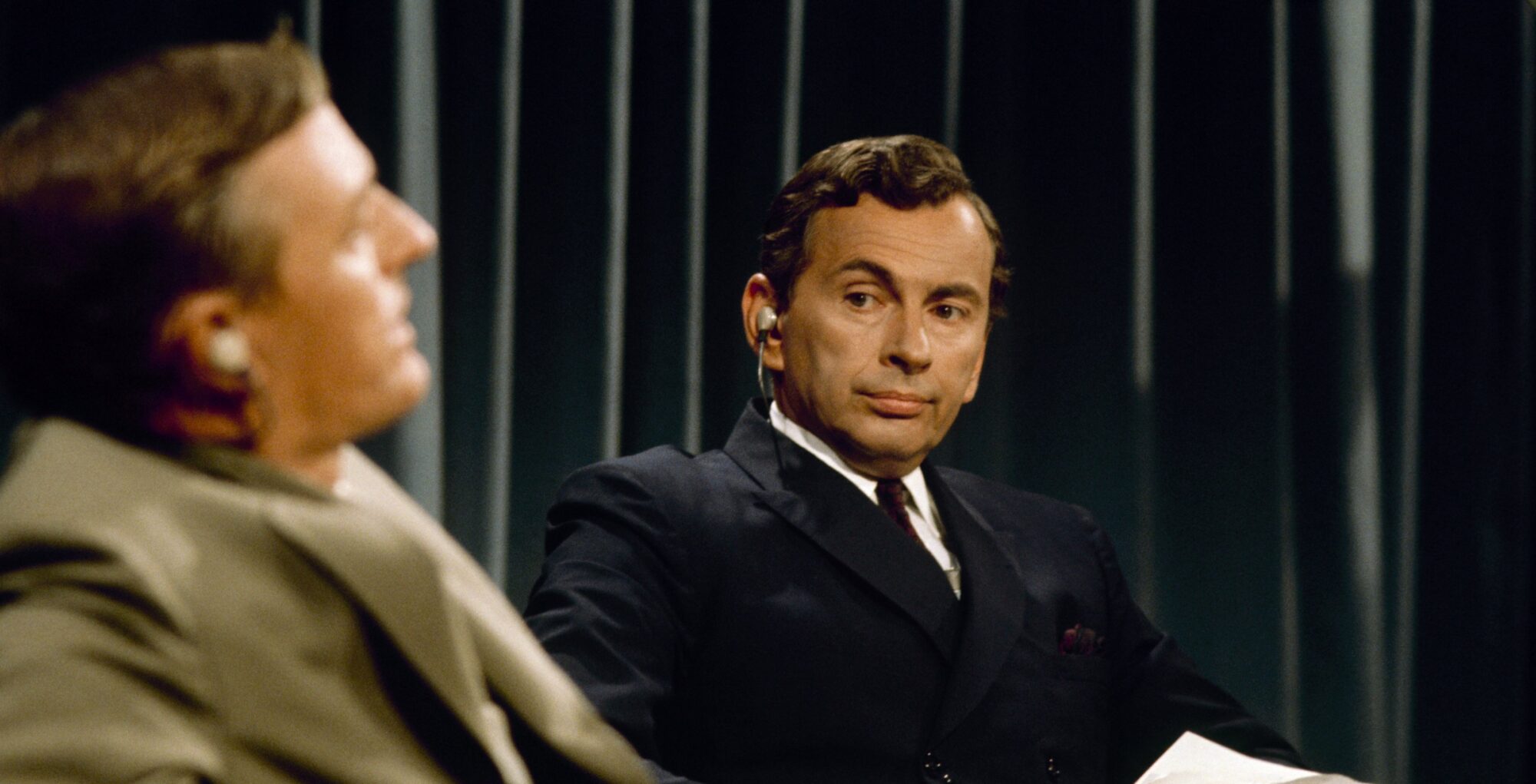 Directors Robert Gordon and Morgan glorify American TV-news passions in Best of Enemies, a quick-pulsed case-file doc that seeks to recreate the fervor surrounding 10 debates broadcast on ABC in 1968 between conservative pundit William F. Buckley and liberal rabble-rouser Gore Vidal. These nightly tête-à-têtes become the foundation upon which Gordon and Neville explain the emergence of news-channel bickering, with the style forged by ABC becoming the template for the contemporary debate styles of CNN and Fox News. However, the film equally enshrines media power through an uncritical emphasis on ratings, which conceives of ABC’s dwindling success as an underdog story of great significance. In a similar sense, Buckley and Vidal are portrayed too specifically as opposing iterations of identity politics, with talking heads ranging from biographers to media scholars supporting the film’s weakly chiseled assertions.

Essentially, the film understands the pair as public intellectuals, fortified by Vidal’s assertion that “there are two things a man should never turn down: sex and appearing on television.” Historical information comes in droves, explaining Vidal’s work as cultural cherry bombs, with Myra Breckinridge clips peppered throughout as indicators of a contrasting sensibility to Buckley, who viewed such material as pornographic and a transgression upon moral sanctity and religious devotion. Nevertheless, Buckley is no stiff, but a raconteur seen appearing with Dick Cavett and Woody Allen, and claimed by his biographer to be one of the best debaters of his time, because “he could carefully pick apart your argument.” The primary material itself makes for rousing evidence of the pair’s intense hatred for one another, with Gordon and Neville adeptly selecting notable archival clips to service the contemporary interviews.

Yet the film’s final third neglects to grasp the full extent of its implications, so that when Buckley snaps and calls Vidal a “queer” in response to being called a “crypto-Nazi,” the moment is mostly played for a laugh, reveling in ABC’s shock at the unedited live moment. Moreover, Buckley’s outburst licenses the film’s insistence on pinpointing this particular moment as one that haunted his career, as he subsequently refused to discuss the matter at length. These culminating turns reveal Best of Enemies to be thoroughly content in psychologizing its dual protagonists to easily graspable ends, while neglecting to more sufficiently interrogate network interests in formulating binaries and political dividing lines. By engaging celebrity worship rather than using these figures for deeper claims about media-dominated information cultures, Morgan and Neville reinforce the very circumstances they outwardly condemn.

Review: The End of the Tour