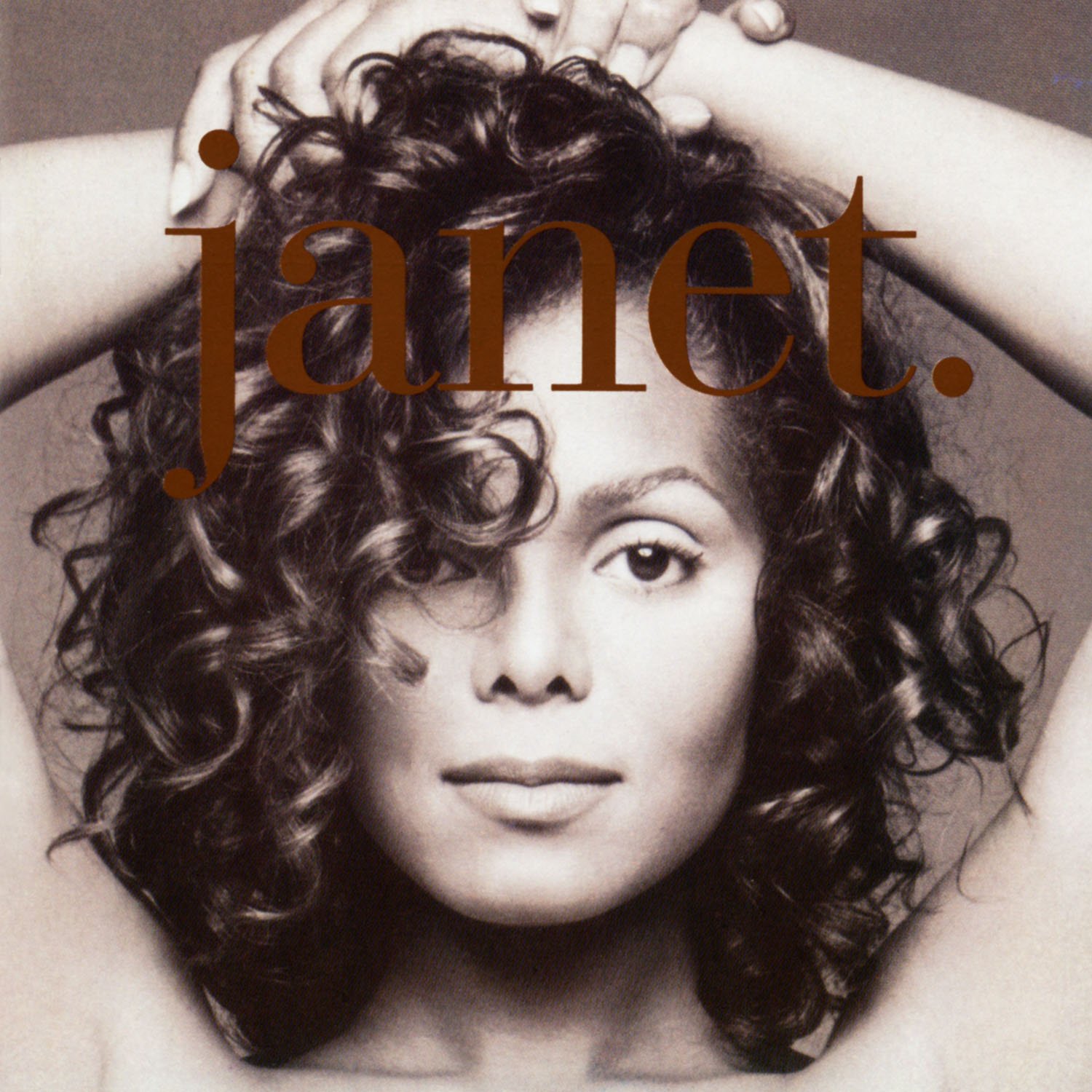 Though her breakthrough 1986 album purportedly found her taking “control,” Janet Jackson really exchanged one daddy for two—producers Jimmy Jam and Terry Lewis, whose post-Prince sound was the dominating force behind both Control and Janet Jackson’s Rhythm Nation 1814—and janet. (read: Janet, period) not only announced the singer as completely independent of her male-dominated family, but it positioned her as the person in charge of her sound, which, as co-producer, she effectively softened by the early 1990s. This, it all told us, was the real Janet, and judging by the following 15 years’ worth of recycled themes and sounds, it truly was. janet. also famously announced Jackson’s sexual maturity. If Rhythm Nation’s deflowering “Someday Is Tonight” was the answer to the chastity anthem “Let’s Wait Awhile,” janet. found her ready, able, and willing to do it any time, any place.

Much of the sex on janet., however, is impending or simply imagined. “If,” the very title of which embodies that fact, is essentially about masturbation, with Janet describing what her lover’s “smooth and shiny [cock]” feels like against her lips while ostensibly rubbing herself off under the covers, while “You Want This” provides no release. Even the nearly structureless “Throb,” which promises “boom, boom, boom until noon, noon, noon,” feels like a (perhaps unintentional) parody of Madonna’s Erotica, right down to the hard, house-orgy beats. Only the album’s finale, “Any Time, Any Place,” provides a genuine climax: It’s an oozing, slow-paced romp in the tradition of Barry White and Marvin Gaye, all reverb-y finger snaps and pronounced bass and guitar, with Janet’s vocals reaching a fervent and authentic pitch during the second pre-chorus, in which she vamps in full voice—or, at least, as full as her voice can get—“I don’t give a damn! I want you now!”

Though Damita Jo’s libido was burgeoning in ’93, it wasn’t yet the driving force of her career. The release of janet. was followed immediately by the one-time TV actress’s feature debut in John Singleton’s Poetic Justice, in which she played a tough-talking poetess/hairdresser in South Central L.A., and the role no doubt inspired the album’s politically charged “New Agenda,” in which she (with the assistance of Chuck D) laments the state of being an African-American woman whose history has been kept under wraps. Later that same year, rapper-singer Meshell Ndegeocello would warn that “the white man shall forever sleep with one eye open” on her album Plantation Lullabies, but Janet diplomatically assures her largely non-black pop audience, “There’s no need to be afraid, ‘cause I won’t do unto you now.” Another track, “Again,” was written expressly for the film, and it’s the most treacly, saccharine ballad Janet has ever recorded, complete with the kind of teary breakdown one might expect from her brother. A testament to the adult-contemporary schmaltz that dominated the airwaves in the early ’90s, “Again” hit #1 and was even nominated for an Academy Award. (Only slightly more tolerable is “Where Are You Now,” an innocuous slow jam dedicated to a deceased pet.)

One of the criticisms lobbed at janet. upon its release was that it was over-produced, and Jam and Lewis certainly employ plenty of showy, often cheesy, studio tricks: When Janet tells her suitor to say her name “just a little bit louder now” on “You Want This,” the volume goes up; when she instructs him to say it softer, the levels decrease. But while true singer’s singers like Mariah Carey and Boyz II Men ruled the charts, Janet’s “That’s the Way Love Goes” offered a subtler alternative. With its measured hip-hop loop and titular one-line hook, the song was sleek, smart, and sexy—everything you didn’t expect from the lead single from a Janet album. That’s not to say there wasn’t any bombast; on the fierce “This Time,” opera singer Kathleen Battle emerges like a phoenix from the ashes of Janet’s rage against “nasty hoes,” some kind of industrial goddess of domestic vengeance come to render final judgment. “You’re dismissed,” Janet says to dramatic effect.

janet. was at the forefront of the increasingly popular sampling trend in the ’90s, with one song even employing three different samples as its foundation. Some make perfect sense on a thematic as well as sonic level, like Kool & the Gang’s “Kool It (Here Comes the Fuzz)” and Stevie Wonder’s “Superwoman, Where Were You When I Needed You” on “New Agenda,” or the orchestral flourish from Diana Ross & the Supremes’ “Someday We’ll Be Together” on “If,” which otherwise seems to exist for the sole purpose of providing the impetus behind one of the greatest dance-break routines in music video history. Others, like that group’s only socially conscious tune, “Love Child,” on a song about playing hard to get, seem arbitrary and gratuitous. Of course, Janet, Jam, and Lewis didn’t have to rely on samples to effectively pay homage to Stax Records soul (a sorta-cover of Johnny Daye’s “What’ll I Do”) or label alumni the Emotions (“Because of Love”).

The mother of eclectic, genre-hopping albums by Christina Aguilera, Gwen Stefani, and Fergie, janet. incorporates new jack swing, house, pop, rock, hip-hop, jazz, and even opera, but the album’s range of styles isn’t jarring in the least. Save for some of the more literal ones (“Wind” and “Rain” among them), the interludes serve as bridges between dance and rock, songs about racism and love. Janet has never been one thing and janet. is a feminist statement, to be sure, which makes it all the more disappointing that a single-and-ready-to-mingle, post-Velvet Rope Janet would enter into a period of relative creative torpor composed mostly of vapid baby-making songs that would leave R. Kelly limp.